Eddie “The Underground King” Alvarez is laser-focused on his goal of being the best mixed martial artist on the planet, but he is just as committed to being a dedicated family man.

The four-time Lightweight World Champion has found that managing his time as an athlete, father, and husband is tough, but he has learned to balance both parts of his life.

The American married his high school sweetheart and started competing in the cage when he was just 19 years old.

A year later, the couple welcomed their first child to the world. Since then, Alvarez has competed all over the globe and brought home a slew of World Titles as the family grew with the addition of another three kids.

Over the past 16 years, “The Underground King” has learned how to balance the life he has with his family at home and the work he pours into his pursuit of becoming the best martial artist on the planet.

“The only thing that matters to a 19-year-old kid is not getting his [butt] whooped in front of everybody and looking after his future,” he explains.

“At 30 or 35 [years old], you understand that life is more about your family, your wife, your kids, and everything like that, and fighting takes a back seat.

“You’ve always got to balance them both. It’s not easy.”

Throughout his career, Alvarez has always considered Philadelphia, Pennsylvania to be his home, but he has also moved his training camps to different parts of the United States – including a long spell in Florida.

He often brings his family with him when he is training, but there are other times when he has been forced to separate from them to concentrate on an upcoming bout.

According to Alvarez, there is no right way or wrong way to split his time between his loved ones and the pursuit of World Title glory.

However, he has found success when he has made the difficult decision to focus the majority of his efforts on one thing at a time.

“I think everything in my mind co-exists,” the 35-year-old explains.

“I’m a father and a husband, but everything I practice in my everyday life is a fight to me. All of it is. It’s hard for me to let go of fighting.

“I get one-track minded, and I get obsessive about things, and then I go after them. When I succeed and achieve it, then I can move onto the next thing.” 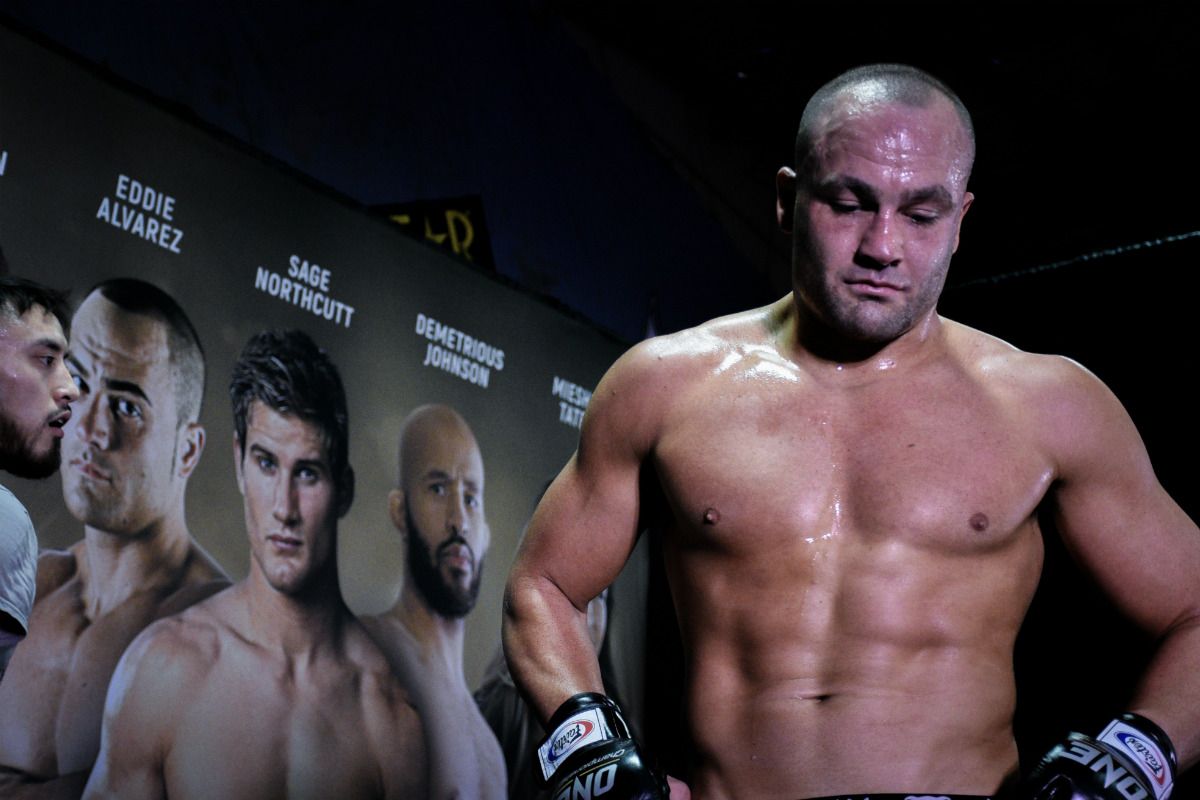 Though he may have to make the difficult decision to sacrifice precious time with his family during training camp, it is a different story when his contests are done and dusted.

Once he has flown home, Alvarez completely disconnects from mixed martial arts for a while and turns his attention solely back to his family.

“I’ll go on vacation with my family. I won’t even book a round-trip ticket. I’ll be gone, and fighting can take a backseat to my family,” Alvarez says.

“That’s the life I live, and I’m okay with it. My wife is okay with it, and my kids understand. That’s what we do.”

It is no surprise that the American points to his wife as the key to his success as a mixed martial artist.

He believes she is the real hero of the family, as she takes care of everything at home while he takes the time to immerse himself in training to prepare for the battle ahead.

“I have that. I’ve had that since a really young age. My wife is incredible. We’ve got four kids at home, and a lot of times, she is taking the brunt of the house, the kids – everything.

“You’ve got to have a good wife, a good partner, and a good teammate.”

For his upcoming ONE Lightweight World Grand Prix quarter-final bout against Timofey Nastyukhin at ONE: A NEW ERA on Sunday, 31 March, Alvarez stayed close to his family, but he is in a different house as he goes through his intense preparation.

“The Underground King” has found the formula for success can change with each training camp, and right now, he feels this is what he needs to do to secure victory in his ONE Championship debut at the Ryogoku Kokugikan in Tokyo, Japan,

“I don’t bring my home to the cage, and I don’t bring the cage to my home. You’ve got to keep them where they need to be.”