For better or worse, Eddie “The Underground King” Alvarez is a product of his environment.

The veteran lightweight contender – who returns to ONE Championship against former ONE Lightweight World Champion Eduard “Landslide” Folayang at ONE: DAWN OF HEROES – grew up in one of the toughest neighborhoods in the United States.

Kensington, an area in northern Philadelphia, has a crime rate that is 83-percent higher than the national average in the United States.

Eddie Alvarez's quest for redemption begins with a legendary lightweight showdown with Eduard Folayang on 2 August!

Eddie Alvarez's quest for redemption begins with a legendary lightweight showdown with Eduard Folayang on 2 August! ????: Manila | 2 August | 7PM | ONE: DAWN OF HEROES????: Get your tickets at ???? http://bit.ly/oneheroes19????: Check local listings for global TV broadcast????: Watch on the ONE Super App ???? http://bit.ly/ONESuperApp ????‍????: Prelims LIVE on Facebook | Prelims + 2 Main-Card bouts LIVE on Twitter

According to Alvarez, his hometown was not nearly as bad when his family first moved there, but a few years later, its dynamic shifted dramatically.

“Growing up in the neighborhoods in North Philadelphia was okay, and then there was a major change when I was about 7 or 8 years old,” Alvarez explains.

“The area became really drug-ridden. Heroin made its way into the neighborhood and basically deteriorated the whole neighborhood into just a poverty-stricken, drug-driven area.”

While things fell apart around them, Alvarez says his parents tried to do the best for their son by enrolling him in a private school outside Kensington.

That meant he had access to a better education and got away from a lot of trouble, but he felt like an outsider compared to the other kids around him from affluent backgrounds. 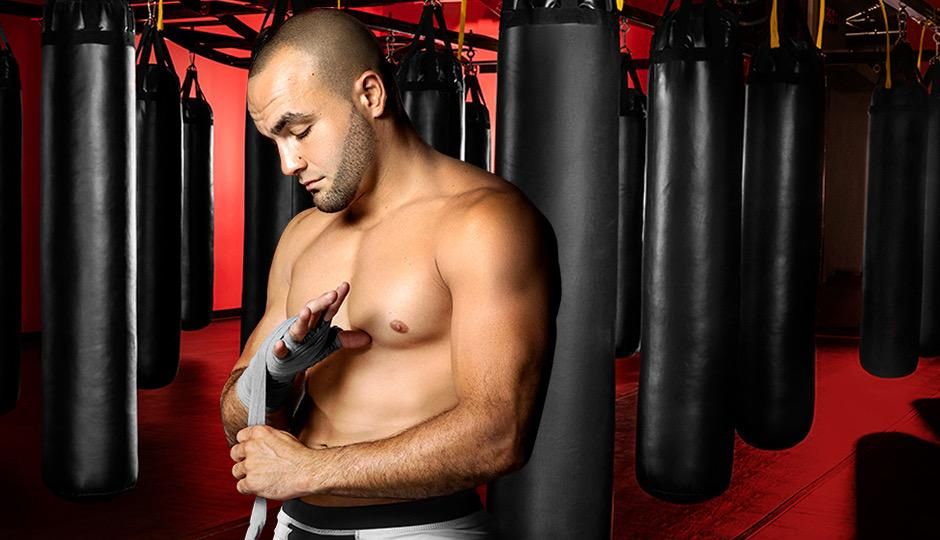 “My parents saved enough money to put me in a Catholic school. It would have been easier to deal with not having a lot if I wasn’t in school with kids who had a lot,” Alvarez explains.

“If I was in public school within my neighborhood, I think it wouldn’t have had a [negative] effect on me. But when you don’t have much, and you’re around people who have a lot and have extra, it kind of messes with you a little bit as a child.”

As tough as that was on him, Alvarez knew he was in a place that could benefit him in the long run, and he was determined to make the most of the opportunity.

He continued to strive to succeed because he knew this was his way to avoid getting left behind in life.

The Kensington kid had heard horror stories about the fate of some of the people who had grown up around him, and the last thing he wanted was to become a statistic – another youth wasting away on drugs or getting pulled into a life of crime because there was no other choice.

Despite suffering a heartbreaking setback in his ONE debut, Eddie Alvarez's goal remains unchanged — to become a ONE World Champion! He faces Eduard Folayang on 2 August with a spot in the ONE Lightweight World Grand Prix final on the line!

Despite suffering a heartbreaking setback in his ONE debut, Eddie Alvarez's goal remains unchanged — to become a ONE World Champion! He faces Eduard Folayang on 2 August with a spot in the ONE Lightweight World Grand Prix final on the line!????: Manila | 2 August | 5PM | ONE: DAWN OF HEROES????: Get your tickets at ???? http://bit.ly/oneheroes19????: Check local listings for global TV broadcast????: Watch on the ONE Super App ???? http://bit.ly/ONESuperApp ????‍????: Prelims LIVE on Facebook | Prelims + 2 Main-Card bouts LIVE on Twitter

“I was driven at a very young age,” Alvarez says.

“I understood that where I’m from, failure was very common and that it was more likely that I would fail than I would do well. That was a huge motivating factor in my life.

“I know I had to work twice as hard – three times as hard as everyone else to make it, or at least get out of that neighborhood.

Alvarez displayed that attitude when he got his first taste of life as a member of a sports team at that Catholic school, too.

Before he discovered martial arts, “The Underground King” got involved with athletics when he joined his school’s track team. Thanks to the guidance from his father, he immediately showed the work ethic it would take to succeed. 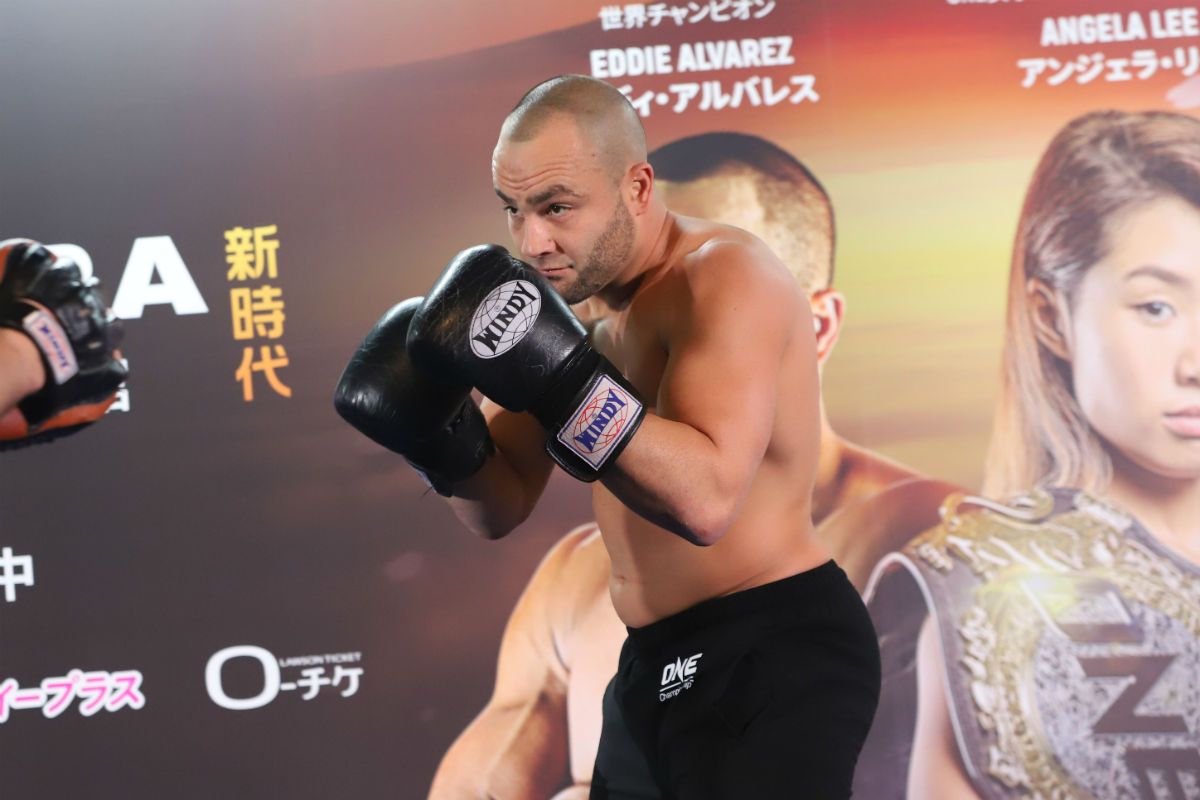 “I joined a track team and the school was three miles away, so I used to put my backpack on, and my dad used to tell me that I don’t need a ride to school – since I joined track, I should practice running,” he explains.

“So I used to put my backpack on, and at 8 years old, I used to [run] about three miles all the way to school. I used to get changed in a nearby alley – changing into my Catholic school uniform – and put my sweaty stuff in my bag.

“I remember being really young, being very responsible, very accountable, and doing things that even adults wouldn’t be driven to do at a very young age.”

As he grew older, Alvarez eventually got involved in wrestling, and then he learned other martial arts. It was in his nature to battle for everything he has ever had or wanted, and part of his surroundings, too.

Alvarez came from the same neighborhood where the famous boxing movie Rocky was filmed, and he was inspired by it. He always felt like he was living that same story through his own rise up the ranks.

For Eddie Alvarez, it was never about the fame and the fortune… it was about being a role model.

“Rocky was filmed in my neighborhood in North Philadelphia, so fighting, that’s what we did,” Alvarez says.

“I grew up on Rocky – working hard and the victory at the end of it all. I love that. I love that story. I watched it over and over.”

Now nearly two decades later, Alvarez has given a better life to his wife and children, but he never forgets where he came from.

As bad as his neighborhood was, it helped to mold him into the World Champion he would eventually become.

“I’ve made a good life for me and my family. Maybe Rocky is living the Eddie Alvarez story.” 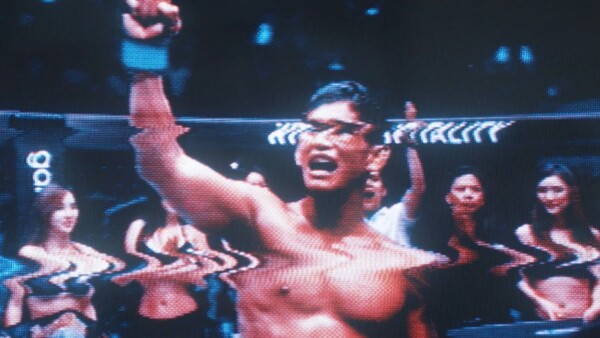 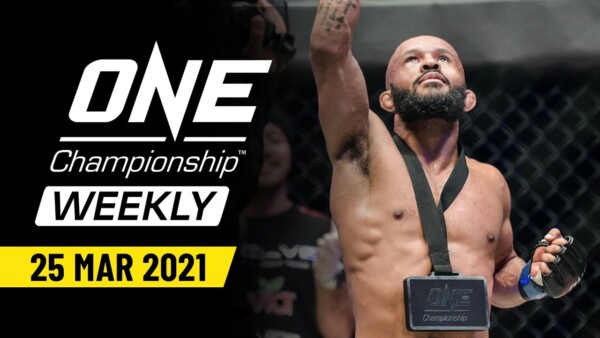 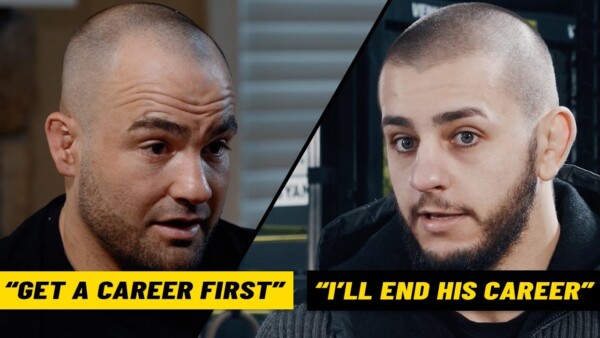