It is getting tougher and tougher to call Christian Lee ‘the next big thing’ because the 19-year-old phenom might just be on the cusp of becoming a world champion.

Last Friday, 9 March, at ONE: VISIONS OF VICTORY, Lee dismantled two-division DEEP Champion Kazunori Yokota, as he submitted him via “Terminator Guillotine” in the second round of their featherweight clash.

The submission earned him the most stoppage victories in ONE Championship history at nine, and, in addition to that, the Singaporean teenage sensation may have put himself into a prime position to challenge for the ONE Featherweight World Championship.

Lee talks all about his victory, upcoming plans, thoughts on the historic main event at ONE: IRON WILL, and much more in this exclusive interview. 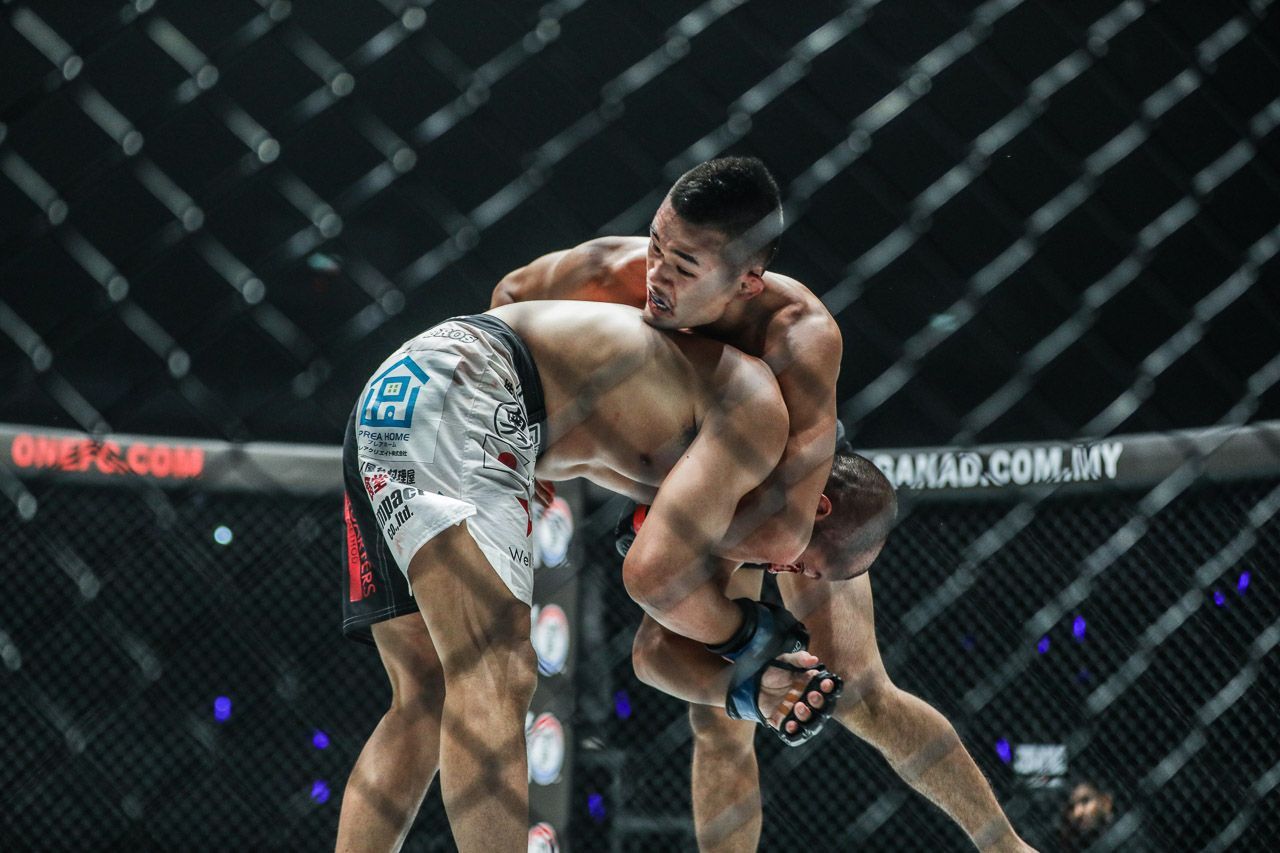 ONE Championship: Congratulations on another outstanding victory. What did you think of your performance?

Christian Lee: There is always room for improvement, but I am very happy with my performance. Yokota, the guy is a veteran — he has almost 40 bouts, and he has only been finished [a few times] in his career. So for me to be able to get that submission, I was very happy with it.

ONE: Was there anything that surprised you about Yokota in that bout, or did everything go as planned?

CL: We prepared for everything, and he did exactly what we thought he was going to do. I must give him credit; the guy is very tough. He was very tough to finish – very slippery on the cage, and on the ground. He was a great opponent. I am really happy to have shared the cage with him.

I do not like to give away too much of my game plan before the contest, but the plan going into it was to put the pressure on him, strike with him, hurt him, and then let him get under me and submit him. That is exactly what happened.

I was able to push the pace on him early, catch him with many clean shots, and that resulted in him shooting on me. I was able to sprawl, and get that “Terminator Guillotine.”

ONE: That is a perfect segue into my next question. Where did the “Terminator Guillotine” originate?

CL: It is a variation of the guillotine that my dad, my sister (ONE Women’s Atomweight World Champion Angela Lee), and I have been working on for quite a while now. We are always experimenting with new techniques, and we found that this variation was very tight.

We thought it would play well into Yokota’s game, and it just so happened that the opportunity was there. I caught it early in the first round, and he escaped. I saw the opening in the second round, and I finished it. There were a few submissions that I had in mind that would fit into his game. The “Terminator Guillotine” was in my arsenal in that bout. I knew it would be there for me.

ONE: Because of the win, you now hold the record for the most finishes in ONE Championship history. What does that mean to you?

CL: It is definitely something I take great pride in. I am very, very proud to be the single holder for the most finishes in ONE Championship history. It means a lot to me. I do not see anyone beating the record any time soon because every single match is just going to be the record going higher and higher. I do not see anyone breaking my record any time soon. 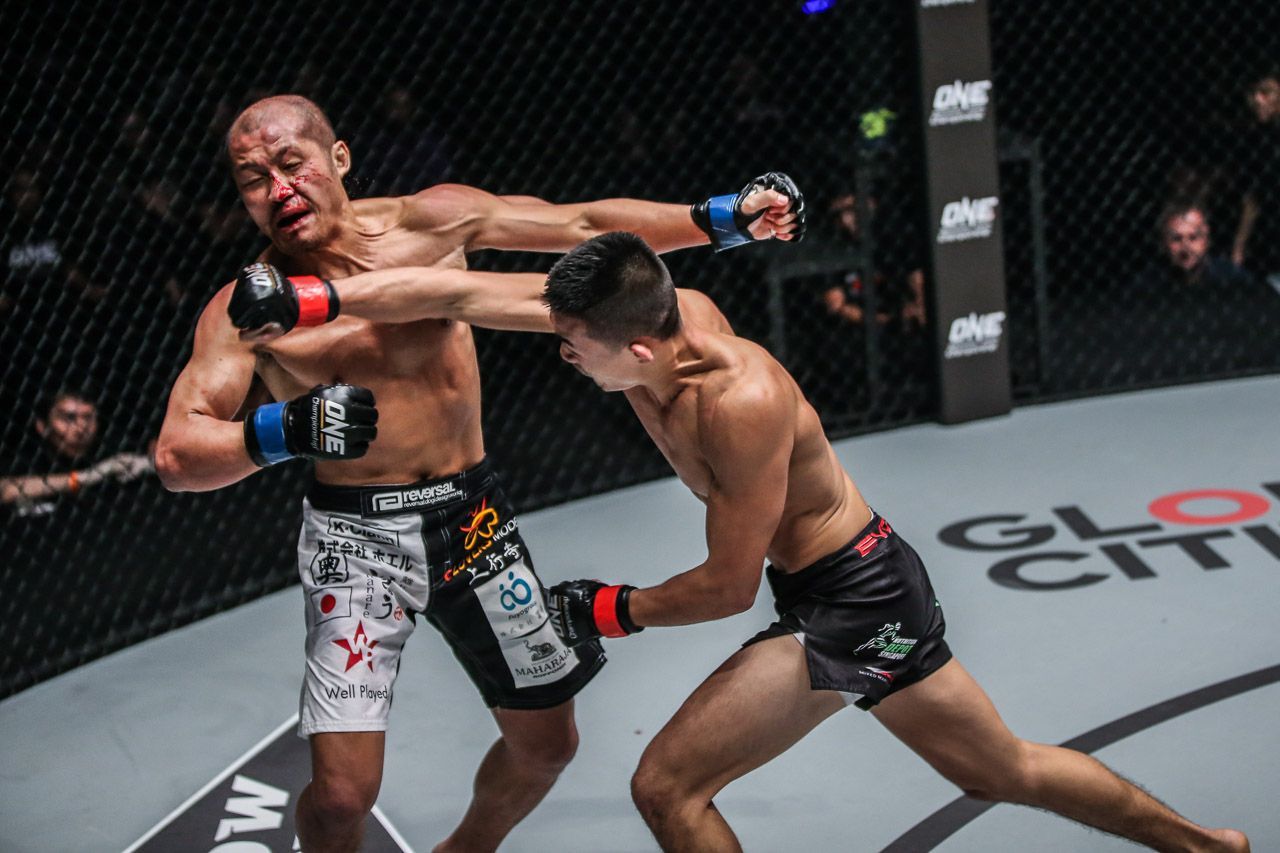 ONE: What does this win mean for you in the grand scheme of things?

CL: For me, this wins just solidifies my title shot. I thought [Kotetsu] Boku was the number one contender when I faced him, and I feel like that on its own warranted a title shot. But I did not want to sit around and wait for Martin [Nguyen] to challenge for that third title. I wanted to stay busy, so I took this contest knowing the risk, and I finished him in devastating fashion.

I feel like that completely cements my shot at the [featherweight] world title. That is the only thing on my mind right now. Win or lose, I just hope Martin comes out of this match-up injury-free. Right now, the only match-up I will take is for a world title.

ONE: Of course, Martin has a bout coming up against Bibiano Fernandes next weekend. How do you see that one playing out?

ONE: Is there any part of you that will be rooting for Martin to win so you could have the opportunity to face him as a three-division world champion?

CL: Oh yeah, definitely. I know that I am going to be Martin’s next match, and I feel that when you beat a person, you take all of their accomplishments. That is just going to make it that much sweeter when I beat him.