Chris “The African Warrior” Ngimbi (49-20) is ready to take the next step of his kickboxing career, and it just so happens to be his biggest step yet.

The Congolese-Dutch striker will make his promotional debut this Friday, 18 May, at ONE: UNSTOPPABLE DREAMS. He will meet Muay Thai royalty in multi-time Muay Thai World Champion Yodsanklai IWE Fairtex (198-71-4).

Over the course of his career, Ngimbi has traveled across the world to face some of the biggest stars in kickboxing, but now he is excited to display his skills for a potential global audience of 1.7 billion viewers in ONE Championship.

First, he would love to add Yodsanklai, the living legend, to his list of victims in a ONE Super Series kickboxing bout.

“I am highly motivated by the new challenge,” the 33-year-old says.

“I am looking to face everybody at ONE Championship, as there are some huge names and good guys with many years of experience.

“These opponents are sure to keep me sharp. Anybody can be dangerous, but Yodsanklai would be nice to have on my list.”

However, issues in his personal life stole his concentration, and there was a brief period in the middle of his career where he did not live up to his true ability inside the ring.

It took some time for “The African Warrior” to overcome those issues, but once he did, he found his rhythm again.

That was clear in October 2016, when he captured the SUPERKOMBAT Middleweight Championship.

“I have had ups and down,” he notes. “But now, I am older and wiser. I realize there is only me in the ring, so I do not let myself get influenced by other situations.”

Ngimbi will have to be in top form both physically and mentally when he meets Yodsanklai, who has held multiple world titles and is acknowledged as one of the very best Muay Thai kickboxers of his generation.

Although Yodsanklai is a true Muay Thai living legend who has not lost a bout since 2011, the Congolese-Dutch striker thinks his more innovative approach to striking could lead him to victory.

“History teaches us that everybody can lose,” he says.

“Yodsanklai has not lost for years and he has beaten many champions, but I truly believe I am the much more creative fighter of the two.”

Given that the cage and 4-ounce gloves are new to both men, Ngimbi believes it will afford him the opportunity to surprise one of the best Muay Thai practitioners of all-time.

“I will use it to my advantage,” he states. “I am learning new tricks, and with my creativity in this new environment, I think I can defeat him.”

Should Ngimbi become the first person to defeat Yodsanklai in six and a half years, he will certainly receive more of the fresh challenges he craves in  ONE Super Series. 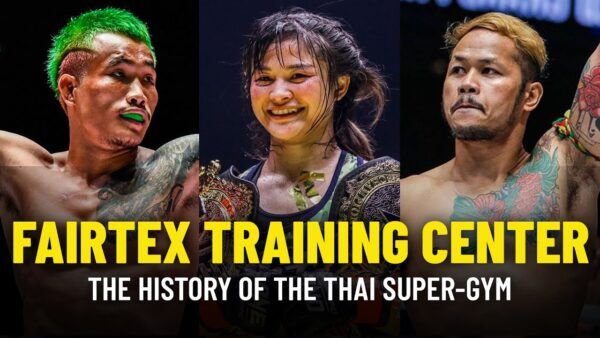