China’s Lan Ming Qiang may have slipped in his short-notice debut back in January, but now, after an eight-week training camp, he is better prepared to demonstrate his sensational talent.

On Friday, 20 April, the 24-year-old Chinese strawweight will return to action against surging Indonesian Adrian “Papua Badboy” Mattheis at ONE: HEROES OF HONOR. The event broadcasts live from the Mall Of Asia Arena in Manila, Philippines.

“I am really focused on my ground skills, but hey, I am also open for a stand-up match,” the Chinese sanda champion says. “I want to use my skills well so I can prove my ability, and I want to show ONE Championship I am not afraid to show what I am really capable of.”

Also, he wants to show the world a little bit more about who he is. Here is what you need to know about this promising Chinese warrior. 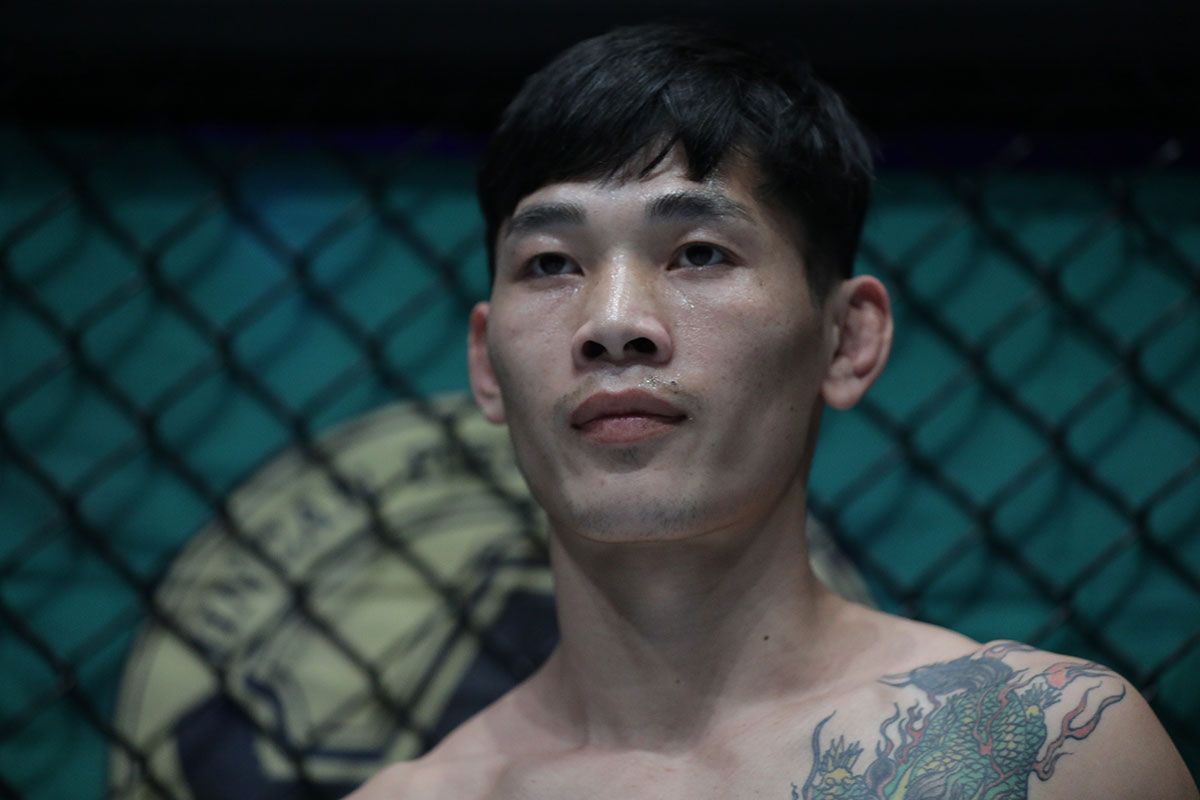 He Always Wanted To Help His Family

A self-admitted mischievous child raised in Baise, a mountainous city in Guangxi, China, which borders Vietnam, he desperately wanted to help improve his family situation. His parents were farmers, and barely made enough to put food on the table.

The family patriarch wanted his son to concentrate on his studies, as he viewed that as a way towards a more financially-rewarding future. His father did not want Lan to suffer the hardships he and his wife did. But Lan never took to academia, and had other plans in mind.

“My grades in school were not good,” the strawweight admits.

“I could only rely on martial arts, and competition to change my life for the better, and to build a future. It was also a way to make me bigger, and stronger.”

Even though his dad felt there was more future job security with education, he supported his son. Lan also promised him, “I will become a real man in the future, and open a new world for our family.” 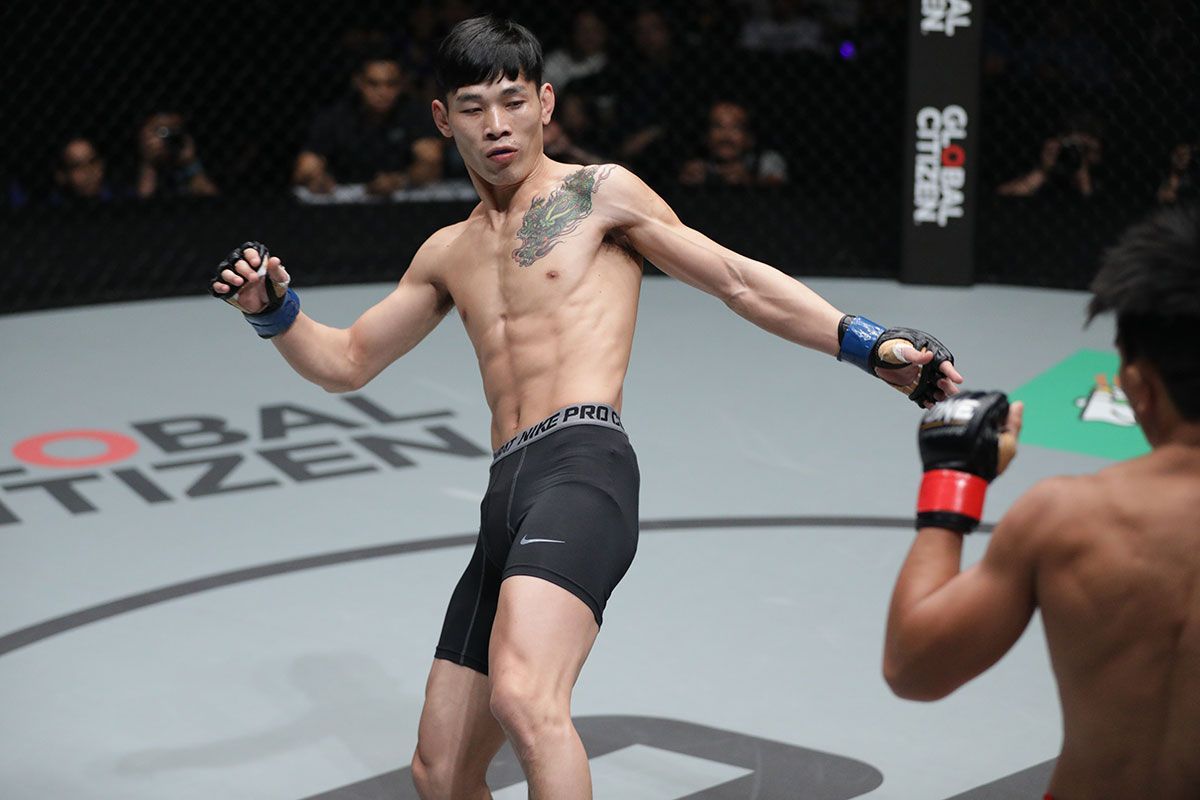 He Achieved Greatness In Sanda

At the age of 16, Lan took the train alone to practice sanda at the Jincan Defense Club under head coach Gong Shi Can, whom he refers to as the “golden star in my life.”

“He really teaches me a lot,” Lan explains. “He has helped me a lot in training, and in life.”

Under Gong’s tutelage, Lan achieved greatness in the sport almost immediately. In fact, in 2010, he was the runner-up in the China Youth Sanda tournament in the 52kg category.

That, however, was just the beginning. He won a plethora of titles in the years to come, including the 2011 China “Superbig” Sanda Championship, and the 2011 and 2012 Bei Buwan International Martial Arts Championships.

After compiling a terrific sanda record of 16-2, and achieving the sport’s pinnacle in China, Lan thought his dream was over. He was prepared to retire from sanda, and go into coaching. However, it was Gong who motivated him to transfer his skills towards a new arena.

“Mr. Gong encouraged me, and said I still had a chance to shine in my childhood dream,” Lan explains. “He gave me a lot of help translating what I learned to the cage.” 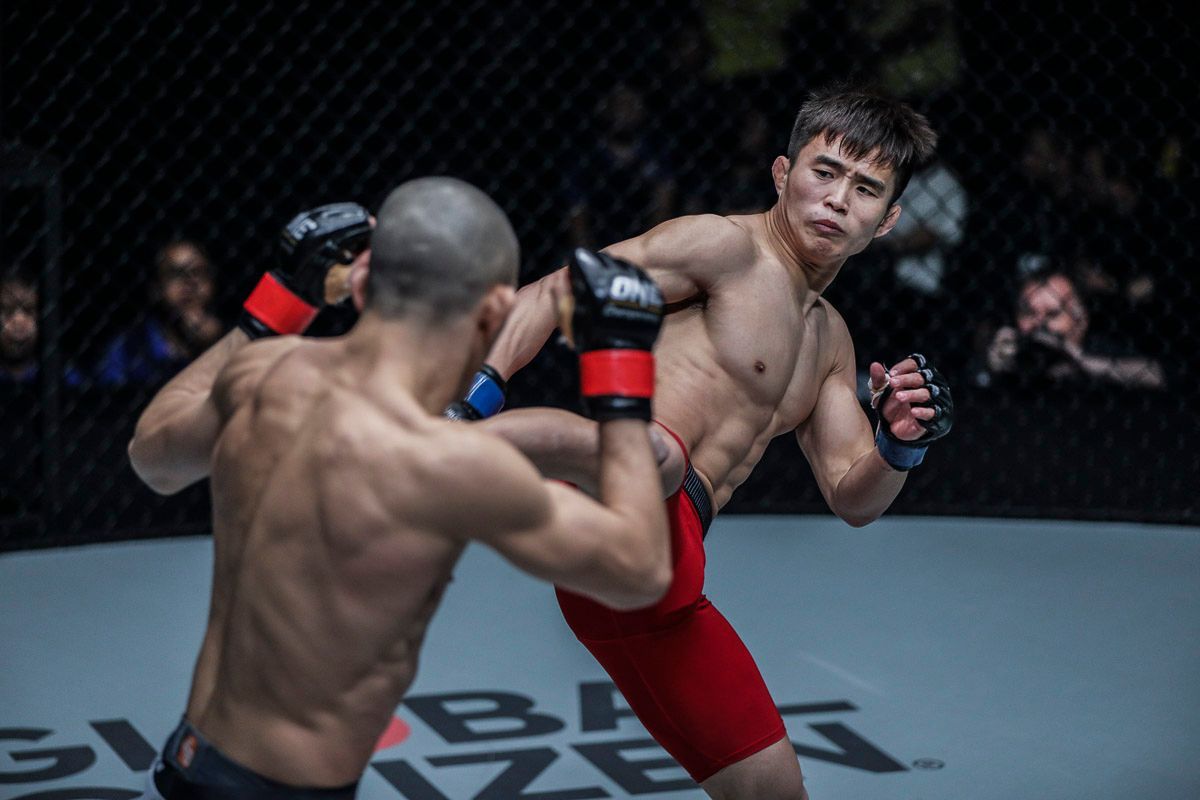 He Is Good Friends With Ma Hao Bin

One of Lan’s primary training partners, and closest friends, is “The Southern Eagle” Ma Hao Bin.

That name should sound plenty familiar, as Ma is the ONE Changsha Bantamweight Tournament Champion 2016, and is rapidly ascending up the flyweight division ranks.

By having such an elite training partner with so much more experience inside the cage, it has helped Lan to elevate his own game in a short amount of time.

“I have known Ma for quite a long time since we train in the same club, and sometimes our personalities are different, but we get along with each other,” Lan observes.

“He is very quiet, and quite focused. I, on the other hand, am more open. But we help each other during training, and he has taught me a lot of skills during training. We really support each other.” 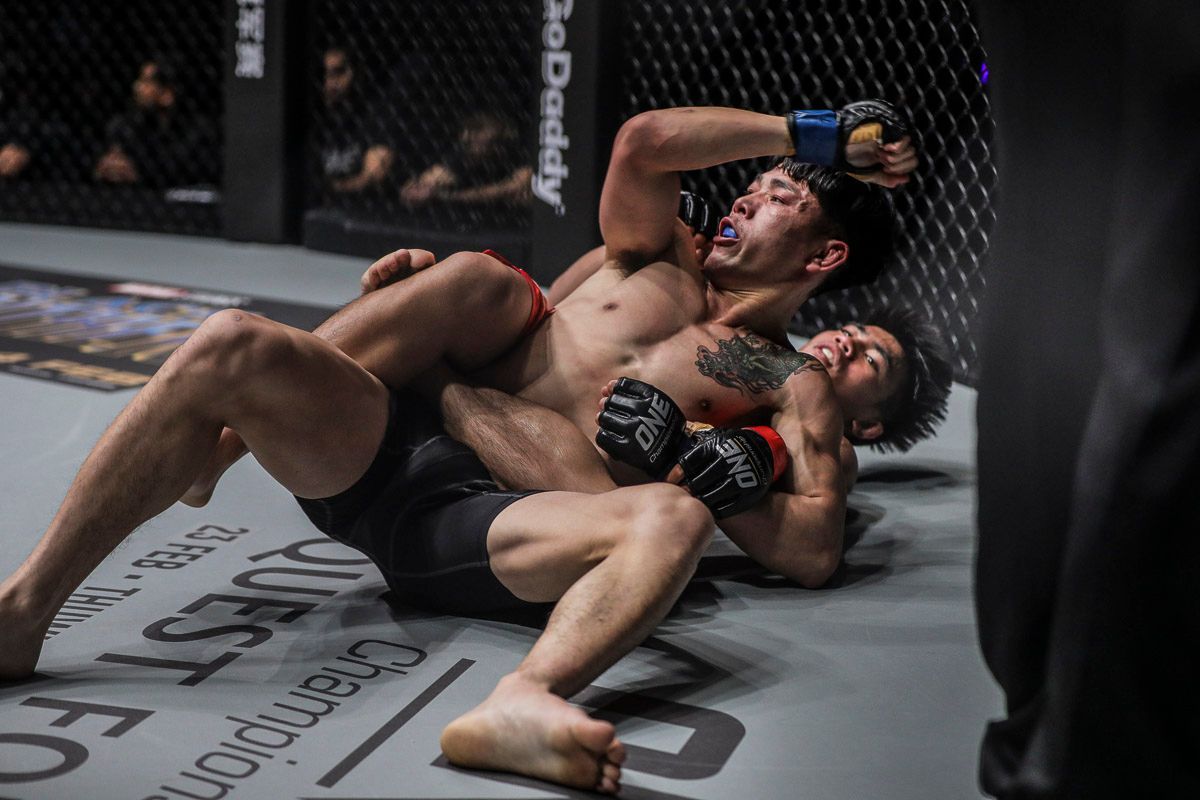 The Pacio Loss Has Prepared Lan To Win

The Team Lakay veteran was wary of the Chinese athlete’s stand-up, so he strategically brought him to the ground, and submitted him in the first round via rear-naked choke.

“I was so excited, and nervous, but mostly overexcited. I was almost blinded. I was prepared, but I was not used to the noise and the lights,” he explains.

“I learned a lot. I learned I needed to improve my ground skills, and also to prepare myself mentally. I was not comfortable with that environment, and I did not perform with my usual style, which was really a shame. I need to be more competitive, and I will do better next time.”

Now, between improving upon his grappling, and his mental psyche, Lan feels better positioned for success in the future. He will look to bring his best at ONE: HEROES OF HONOR, and this time, he plans to leave Manila with the win.