We are just hours away from Petchmorakot Petchyindee Academy vs. Giorgio “The Doctor” Petrosyan and “Unstoppable” Angela Lee vs. Michelle Nicolini, and no man is more excited about these contests than Chatri Sityodtong.

Ahead of these two marquee match-ups at the top of the ONE: MASTERS OF DESTINY card this Friday, 12 July, the ONE Championship Chairman and CEO gave his thoughts on how they might play out.

The first bout between two of the world’s greatest strikers ended in controversial circumstances, meaning a rematch between the pair was inevitable and essential.

Now the two elite athletes will face off for a second time in a bid to move one step closer to the ONE Featherweight Kickboxing World Grand Prix finale, where a prize of USD$1,000,000 awaits the overall winner.

“I think the whole world wants to see this fight now after the controversial ending to the last fight,” Sityodtong says.

“These are two of the world’s greatest strikers. Giorgio Petrosyan is undoubtedly the pound-for-pound best kickboxer on the planet today, and Petchmorakot is undoubtedly one of the greatest martial artists in the world today.

“I think having two World Champions coming from two different sports is just phenomenal. There’s so much intrigue and mystery. Can Petchmorakot translate his Muay Thai skills to the kickboxing ruleset? Can Giorgio stop a world-class striker from another martial art?

“These are both World Champions going at it – the world’s best of the best, so you cannot miss this. I just think it’s going to be absolute insanity out there!”

???? Angela Lee vs. Michelle Nicolini ???? Two of the greatest female martial artists in the world are set to throw down on 12 July!

The mixed martial arts clash in the co-main event looks set to deliver white-hot action of its own as the ONE Women’s Atomweight World Champion takes on one of the greatest Brazilian Jiu-Jitsu World Champions in history.

Lee has stayed in the strawweight division for this contest, but Sityodtong believes that the Singaporean is ideally suited to the weight class.

“I think Angela is now growing into a true strawweight,” he says.

“You have to remember she was the youngest World Champion in history at 19 years old when she won the atomweight World Title. She’s since grown up and become a young woman, and I think strawweight is going to be more her natural weight class now.

“With that being said, I do know Angela wants to win World Titles in both divisions and obviously, she has already won the title at atomweight.

“As for Michelle, she’s a world-class, eight-time BJJ world champion, a phenomenal athlete with unbelievable jiu-jitsu and submission abilities.

“This is gonna be one for the ages. This fight is not going the distance. I believe it will end in the first round – either by submission or by KO.”

The Home Of Martial Arts’ Chairman and CEO also offered some insight into the rivalry between these two competitors, which has some added spice thanks to their grappling match a few years ago.

“I have heard everything about that tournament. I actually watched footage of it,” he says.

“Michelle had a [toe hold] on Angela, and I believe, tore a couple of ligaments, so what can I say? There’s a fair amount of tension – genuine tension – between these two athletes. I don’t know if it’s personal, but there’s definitely tension.” 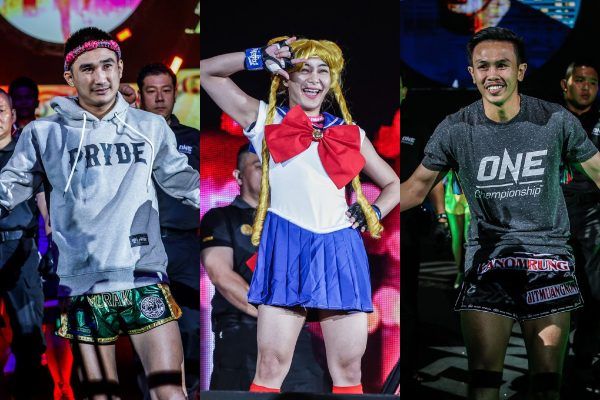 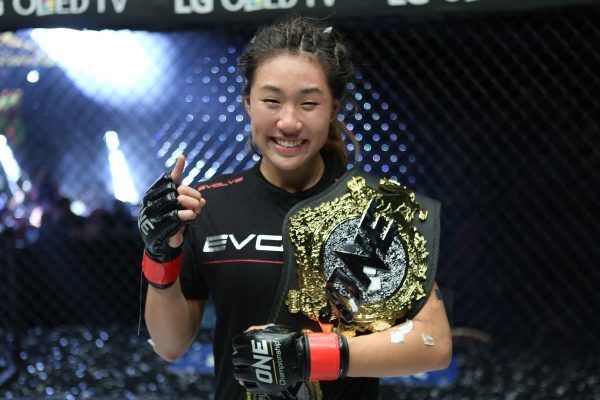