ONE Bantamweight World Champion Bibiano “The Flash” Fernandes had arguably the toughest test of his martial arts career at ONE: IRON WILL in Bangkok, Thailand.

On Saturday, 24 March, the Brazilian extended his record for most title defenses (8), and set the record for most victories in ONE Championship history (10) by defeating two-division ONE World Champion Martin “The Situ-Asian” Nguyen via split decision in the night’s main event.

The back and forth five-round battle had both warriors showing true grit. In a thrilling strategic battle, both warriors gave everything they had until the final bell rang. Ultimately, it was Fernandes’ fifth-round knockdown that sealed the deal.

In this exclusive interview, Fernandes talks more about his historic world title victory, and what fans can expect from him in the future. 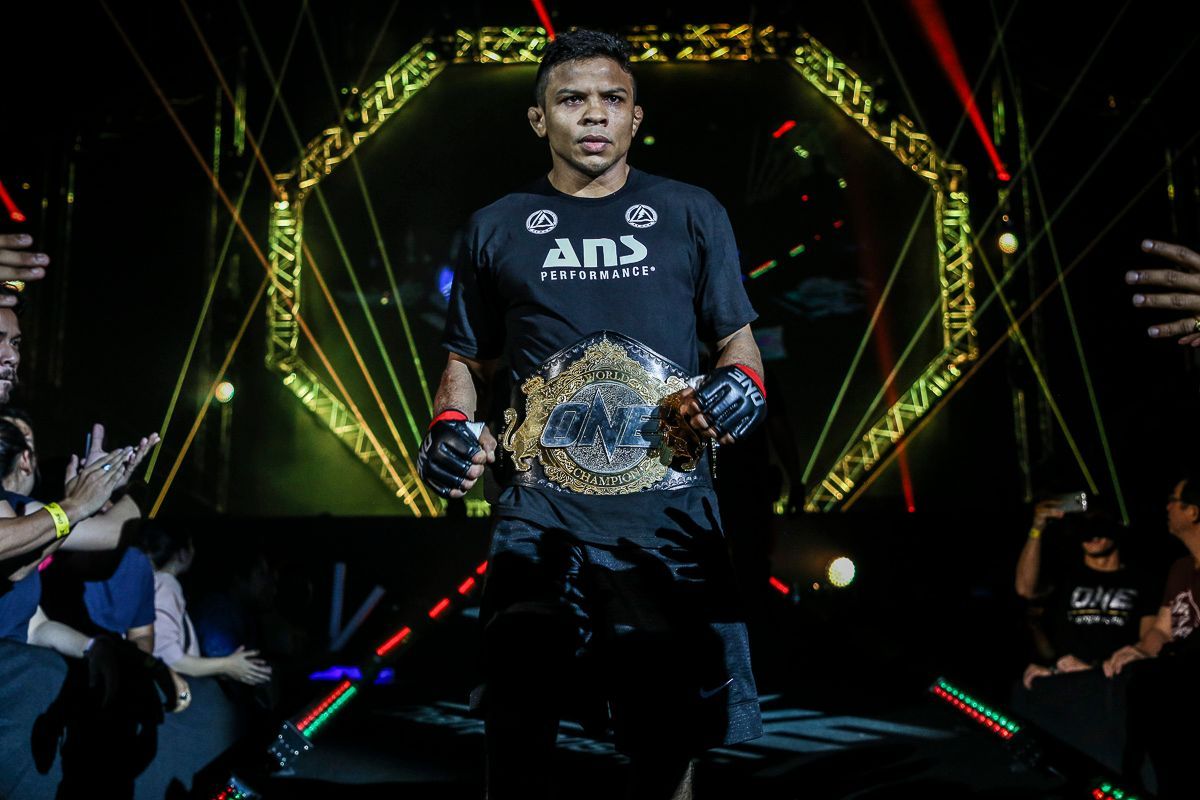 ONE: How did you feel during the battle with Martin Nguyen?

Bibiano Fernandes: I knew he had the right hand, but he always catches people when they are getting tired, or during a scramble. I was very wise to this.

I tried to take him down, but when I took him down, he stood up, and tried to hold me a little bit. When we broke, I made sure I put my hands up. I knew he was going to continue to try to land the overhand right, and I defended that. He did have a good reach, he was a little tall for me, and bigger, but that is it.

ONE: Did you feel like you clearly did enough to keep the title around your waist?

BF: Oh yeah. I believe so, but I am no judge, and I respect the judges’ decision. The way I look at the match, you have to look at the whole match. I took him down four times, I took his back one time, I dropped him one time. I did a lot of things, and he only cut me.

That was the only damage he did — he cut me. He is a pretty tough kid, but I believe I did what I had to do to keep the title. 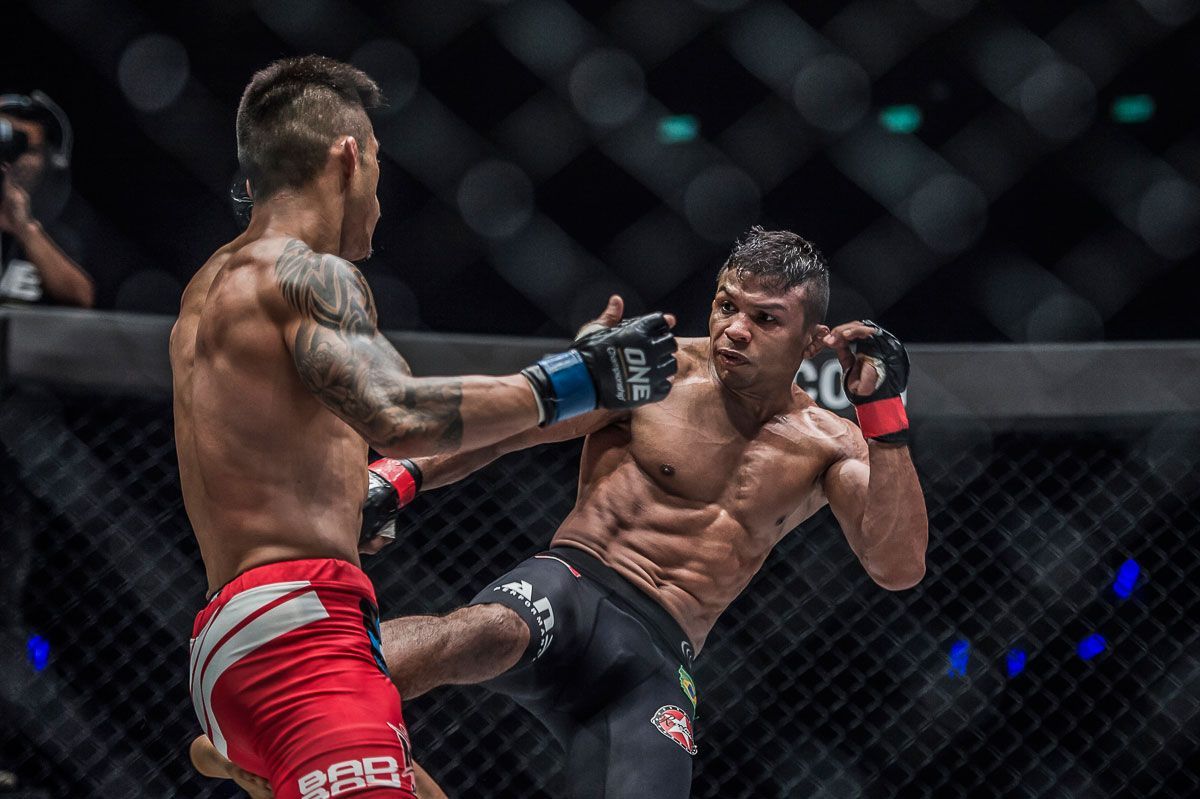 ONE: Even though you won, was there anything you could have done better? And did you learn anything about yourself?

BF: The way I look at it right now, I could have done a lot of things better, [and asked myself] ‘Why did I do that,’ or ‘Why did I not do that?’ But I did enough to be the winner of that match. I think if I did anything differently, it would have been a completely different match. For that night, I did the right things to be the champion.

When I face people, I feel like people are scared to compete against me. For me, I always need to be more patient and calm, and that is what I learned from this match — to calm myself down, and focus on the match more.

ONE: Before the match, you felt Martin only had the overhand right. Has your view changed at all?

BF: He still has the overhand right. He is very good at defending the takedown with the whizzer, and when we break, he is very good with the right hand. That was the biggest advantage he had.

The elbow happened, but I still think he has a very powerful right hand. Everything I trained for that match was exactly what I saw in that match. There was nothing that surprised me. He is very long, and he uses that very well. 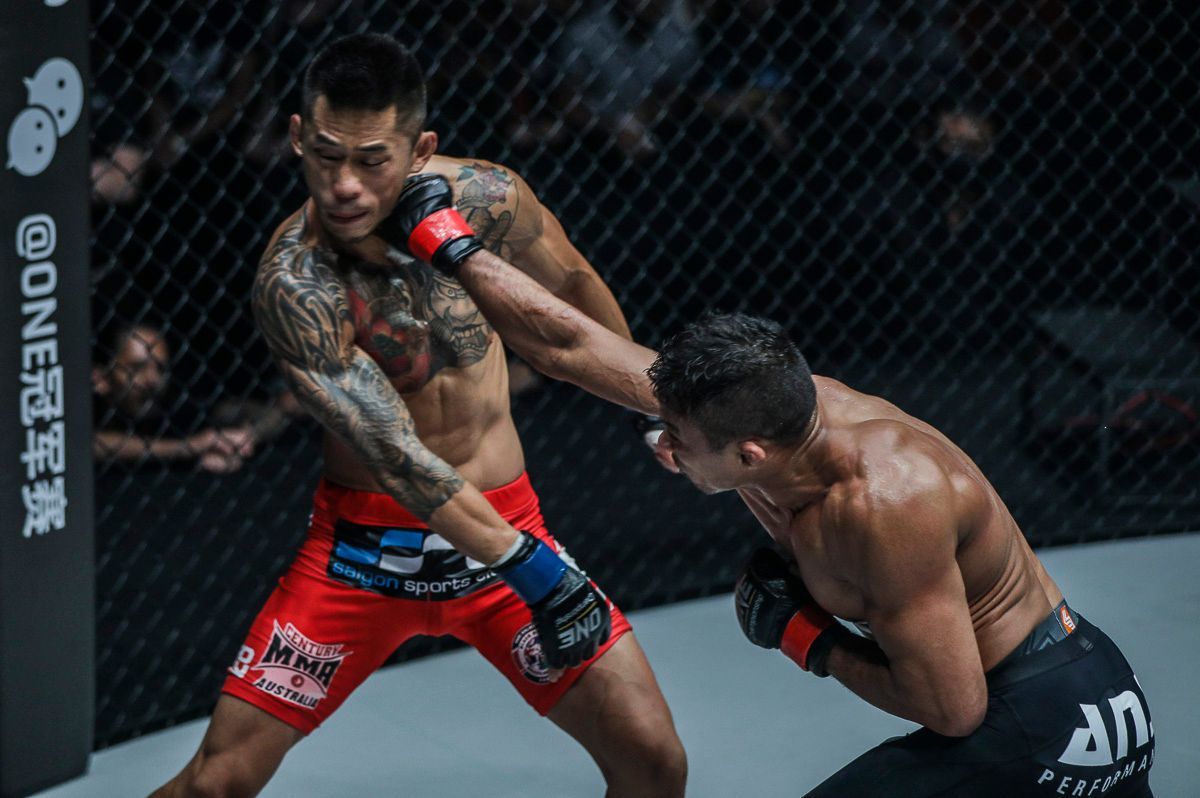 ONE: How did you celebrate your victory?

BF: I spent a couple of days in Thailand with my wife. We relaxed a little bit, and that is about it. I needed to rest a little bit. I mean, I had a 25-minute match, so for sure, I needed to slow down a little bit before I went back to Canada.

ONE: What are your goals moving forward for this year?

BF: I am happy to stay at my weight class. 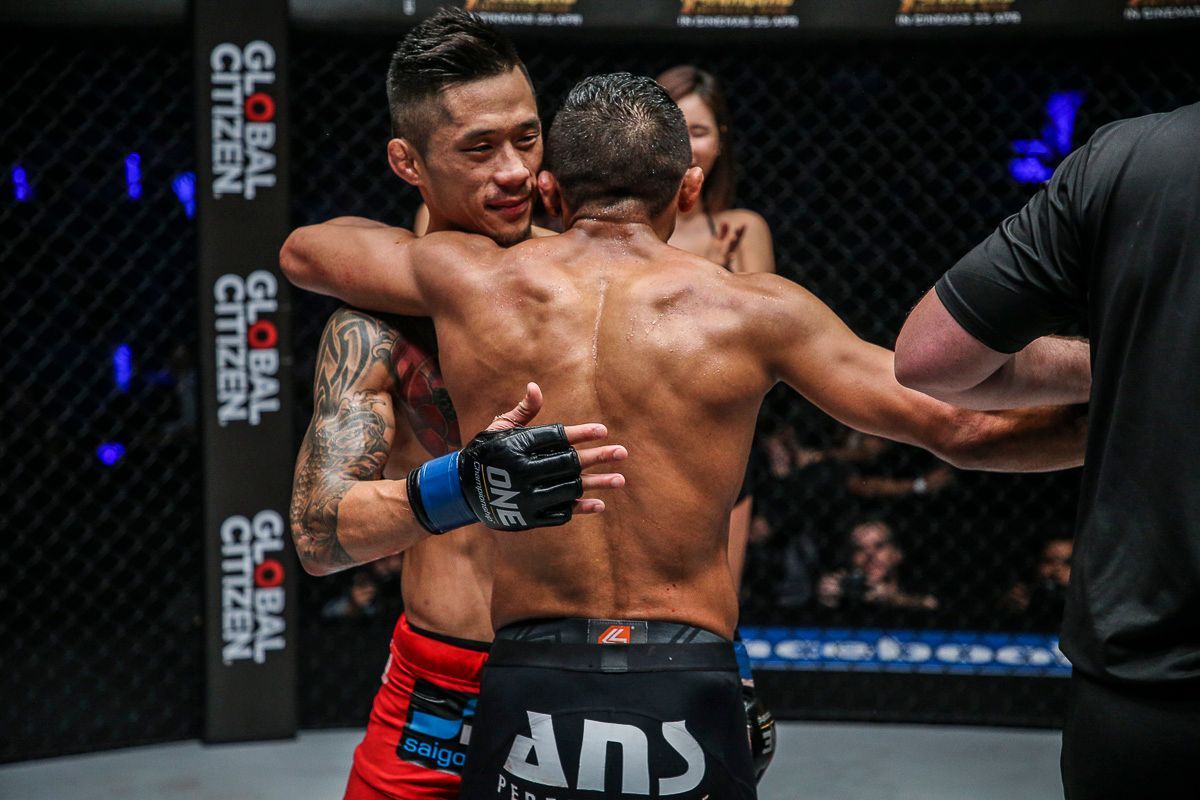 ONE: What are your thoughts on the division right now?

For me, I have to compete. I am there to compete. If ONE Championship says, “Bibiano, go face that guy,” I have to say yes. I do not like to pick matches; I always wait for the promotion to come to me, and when they ask me to compete, I compete.