Arjan “Singh” Bhullar is on the cusp of history.

After an impressive debut at ONE: CENTURY PART II in October 2019 – where Bhullar defeated Italian hard-hitter Mauro “The Hammer” Cerilli via unanimous decision – he was named the top contender for the ONE Heavyweight World Title.

Next, the Canadian-Indian superstar will challenge heavyweight king Brandon “The Truth” Vera, and he knows it will be the most important bout of his mixed martial arts career to date.

“You want to be the first World Champion of a certain people [Indian]? You’ve got a responsibility, and I’m excited to take all of that on.”

In order to become India’s first mixed martial arts World Champion, “Singh” will need to defeat the most dominant figure in the promotion’s heavyweight division.

In December 2014, Vera made an electric debut in the world’s largest martial arts organization, knocking out Igor Subora in the opening stanza of their heavyweight tilt.

“The Truth” then claimed the inaugural ONE Heavyweight World Title by knocking out Paul Cheng in 26 seconds, and he later made two successful defenses by dispatching Hideki “Shrek” Sekine and the aforementioned Cerilli in the first round.

While the 42-year-old Filipino has been invincible throughout his run in the weight class, “Singh” is confident he can end that streak and claim the belt for his nation.

“Brandon has been the heavyweight champion for ONE for several years now,” Bhullar says. “Every victory has come with a stoppage for him. He has a lot of different options. He’s dynamic, but I’m the future.

“He’s a great ambassador for the company, for the Philippines, and for the sport. But I am all of those and then some for India, Indians, and my people. It’s my time.” 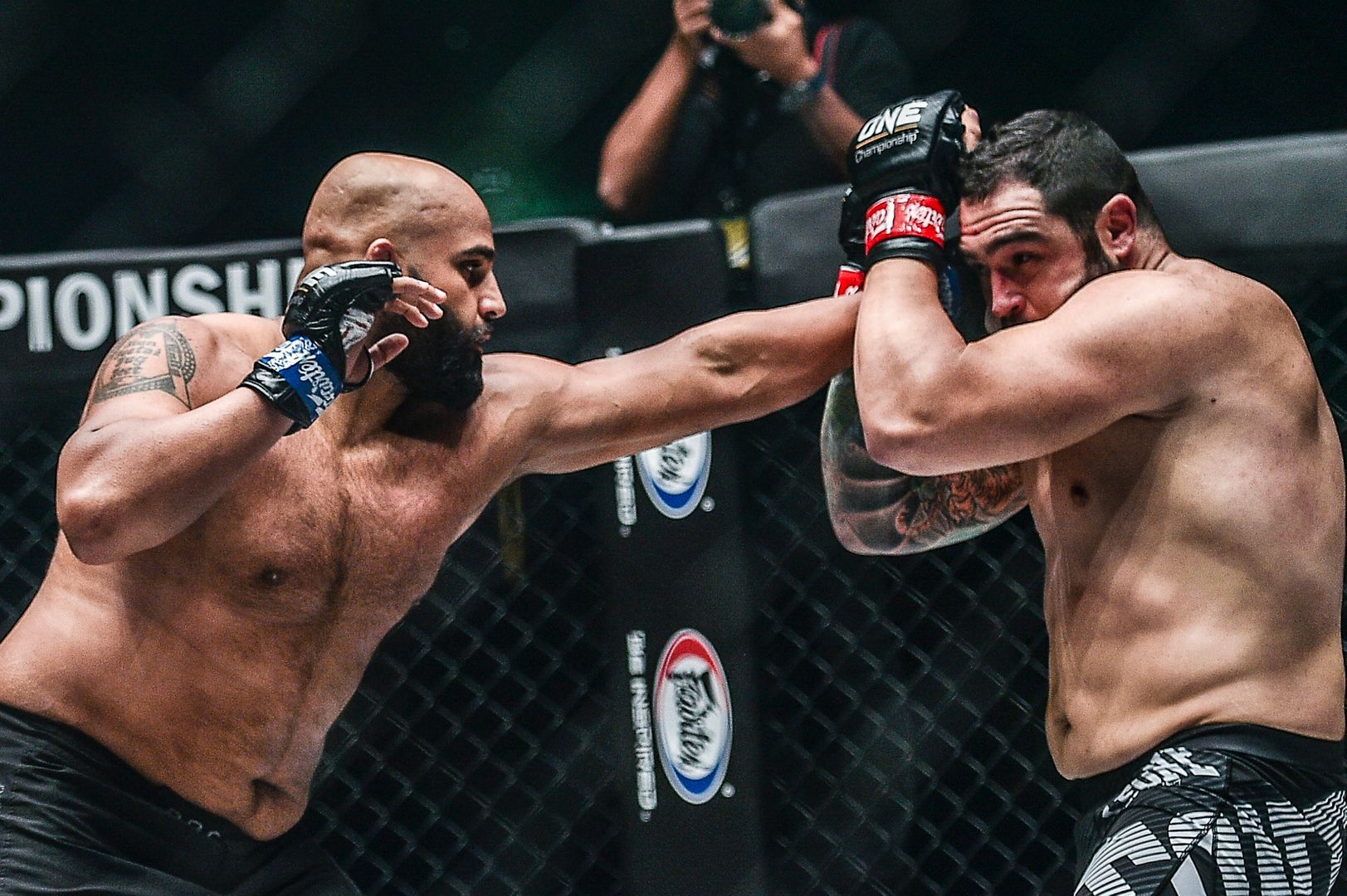 The meeting between “Singh” and “The Truth” was initially set for this past May, but the COVID-19 pandemic delayed those plans for the time being.

Bhullar had been in the United States preparing for the historic clash, but he quickly returned to his home base of Vancouver, Canada.

“I was already down in California training at American Kickboxing Academy,” he says. “I was all set to go, and then this virus breaks out. I’m like, ‘You know what, I’ve got to get back to my family.’”

Although his camp was interrupted, the work did not stop, and Bhullar even found positives amid the difficult ordeal.

“I have a fully functional gym in my house,” he says.

“Whatever you need, I got it in-house. I’m staying in shape enough so that when this whole thing opens up, I’m not too far off from being able to get my work in and be ready for this fight.

“That’s the physical [aspect]. And then the mental has been great. Spending time with the family, there’s no boredom or loneliness or anything like that. Great social interaction. [My wife and I are] expecting our second child here very soon, and just enjoying that whole process while I’m here being in the present.”

Happy birthday to me!!!! Lol. Check out the birthday beats and bag work put in today. Another year doing what I love and planning to make the upcoming 365 the best yet. Big thanks to everyone for reaching out and all of y'all for the continued love and support. Same mission different year????????✊???? . . #TeamBhullar #OneBillionStrong

Bhullar has also remained focused on the task at hand, which includes studying Vera’s tape in hopes of making history and achieving immortality.

While mixed martial arts is still developing in India, the sport’s popularity is gaining steam in the country and the number of Indian athletes joining ONE Championship has grown every single year.

If “Singh” can be the person to end Vera’s reign and become his nation’s first mixed martial arts World Champion, it could have an astronomical impact on future generations.

“When I was thinking about making this transition [to ONE], it was on the top of my list. It was always the goal,” he says.

“That’s legacy. That’s history. That stays forever. And, also, that makes it easier for everyone else. [I want] to pave the way, and show how to do it and that it’s a viable option to make it easier for the next crop of athletes.

“I’m excited, and there’s a tremendous amount of potential within India and with Indians around the world. [India has] a long tradition of martial arts. That’s what I’m excited to really demonstrate beyond the physical chess match and the match-up with Brandon.

“This other stuff is greater than me. Any time you can do something greater than yourself, it’s worth it. That’s what really gets me up.”

Motivated by the big picture, Bhullar is excited to usher in the era of “Singh” with a World Championship performance – which he fully expects to deliver against Vera.

“This will not go the distance. That is a guarantee, and that will be a guarantee, I bet you, on both ends. Tune in.”