Arjan “Singh” Bhullar got his ONE Championship campaign off to a perfect start in his heavyweight battle with Mauro “The Hammer” Cerilli at ONE: CENTURY PART II.

The Commonwealth Games Wrestling Gold Medalist displayed the versatility of his skill set as he outboxed his Italian rival en route to a unanimous decision win in Tokyo, Japan, on Sunday, 13 October.

It was “The Hammer” that looked most dangerous in the opening frame at the Ryogoku Kokugikan as he waded in with powerful overhand rights, and chopped at his rival’s leg with low kicks.

Bhullar tested the waters with single-leg takedown attempts, but did not overcommit, and settled into working behind a fast jab to stifle his rival’s offense.

India’s number one mixed martial artist opened up the second round with a feinted takedown attempt followed by a hard right hand, and this early success helped the 33-year-old to grow in confidence with his boxing output. “The Hammer” continued to press forward with left hooks and low kicks, but the Indian’s timing and accuracy started to pay dividends. “Singh” landed straight punches when Cerilli stepped in, and then found a home on the chin for his right uppercut.

The American Kickboxing Academy representative took note of the success of that strike and stuck with it in round three. He worked behind his jab and then slammed his right fist into Cerilli’s jaw, time after time.

Cerilli had some success with short punches inside the clinch, but Bhullar stayed out of range of “The Hammer’s” winging overhands and continued to build up the damage until the final bell. 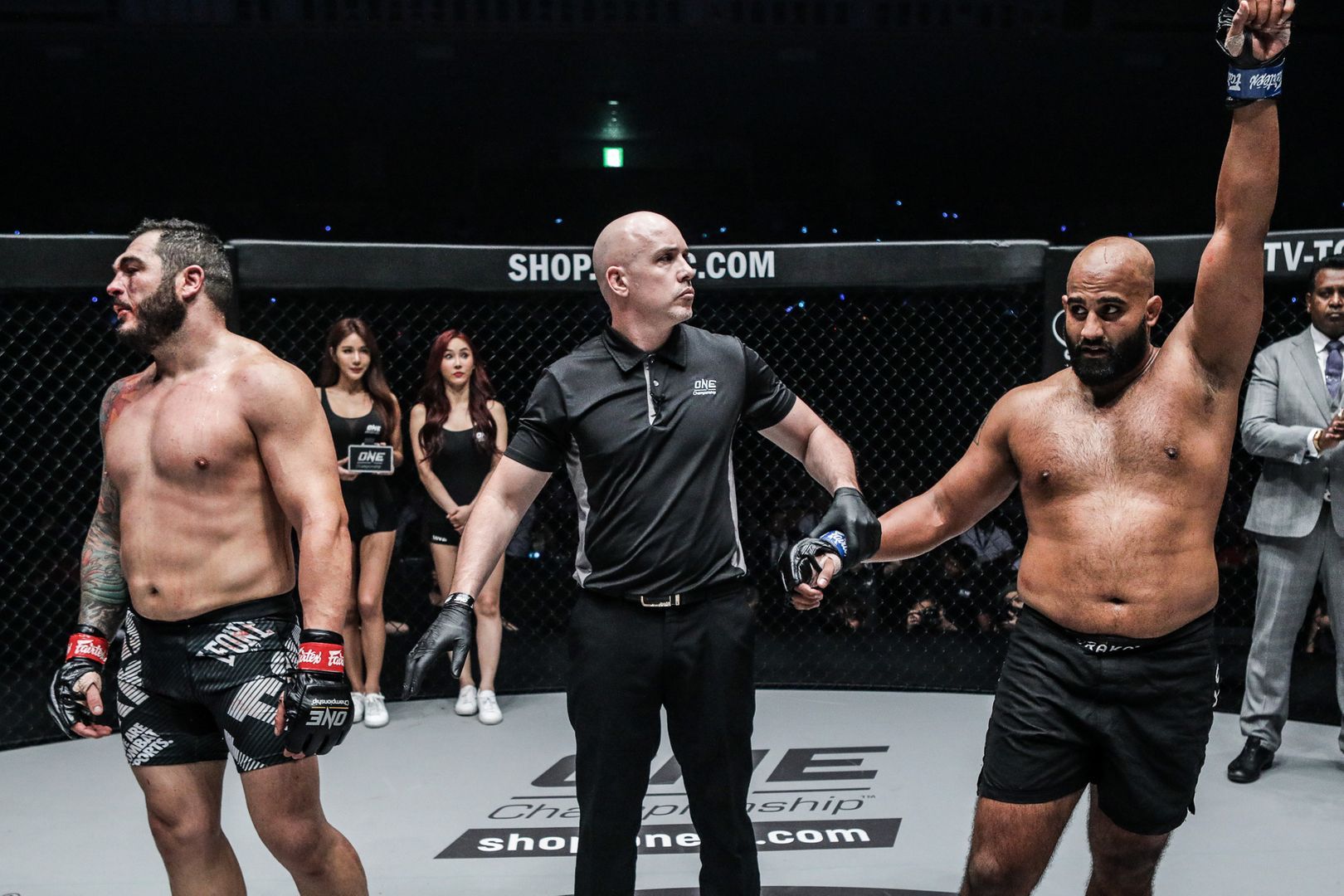 After three hard rounds, the judges were unanimous in favor of Bhullar, and he pushed his record to 10-1.

The Indian showed that he has the striking to go with his world-class wrestling ability – a combination that should make him a big threat in the ONE Championship heavyweight division.