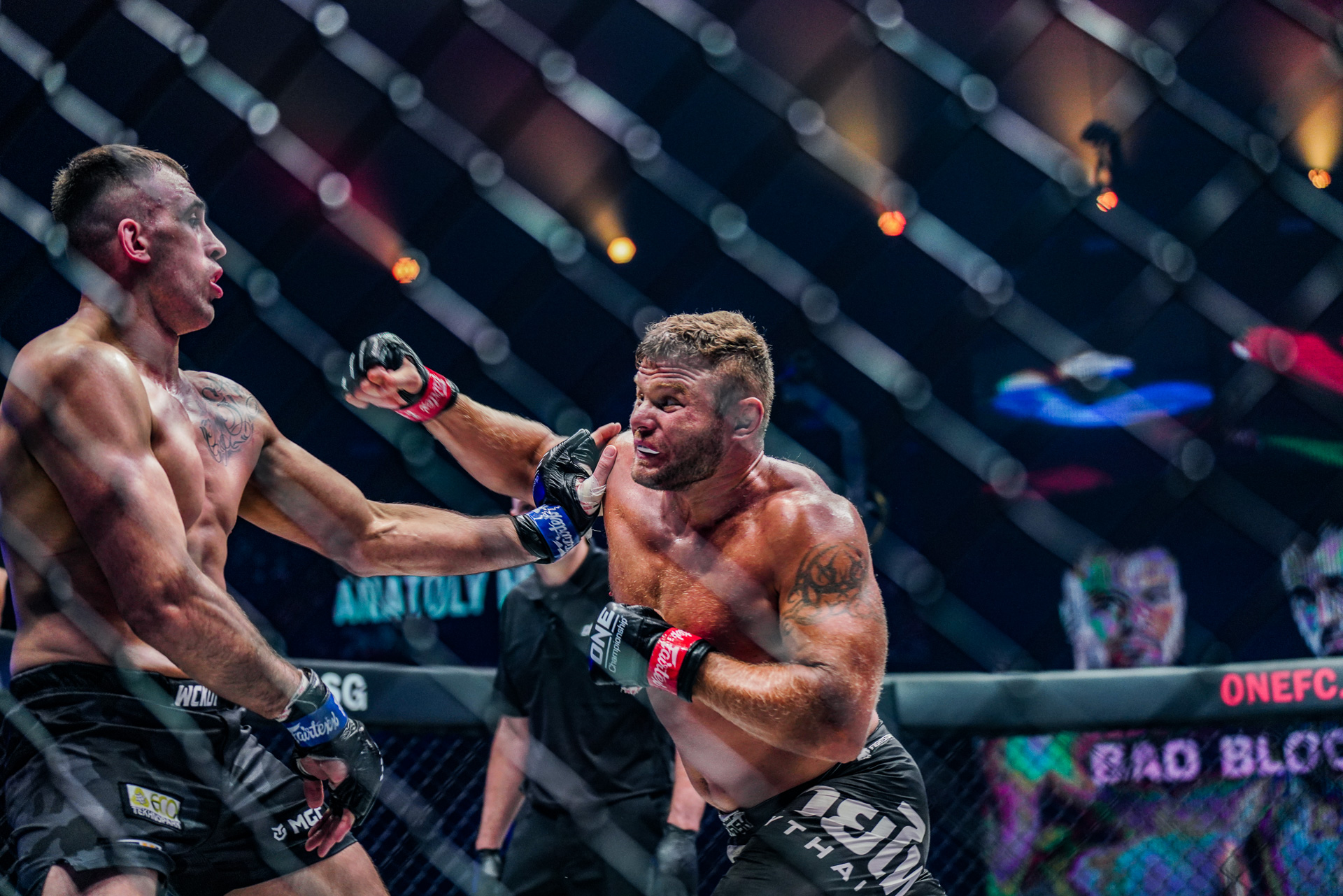 Anatoly Malykhin and Reinier de Ridder might be on a collision course, although both ONE World Champions would love to dethrone the other.

ONE Interim Heavyweight World Champion Malykhin was set to unify the divisional belts against reigning king Arjan Bhullar at ONE 161, but with Bhullar forced to withdraw due to injury, “Sladkiy” has temporarily been left without a dance partner.

Meanwhile, ONE Middleweight and Light Heavyweight World Champion De Ridder has been campaigning for a shot at the heavyweight strap – an opportunity to become an unprecedented three-division titleholder.

He must first get past Russian challenger Shamil Abdulaev at ONE on Prime Video 3 on Friday, October 21, but with a 16-0 MMA record, “The Dutch Knight” has been absolutely dominant to date.

“Everything is clear: Reinier de Ridder is one of the most dangerous jiu-jitsu fighters. He is very strong on the ground. Vitaly knew he had to avoid fighting on the ground, that he had to throw punches to the head and to the body.

“You can see he started the fight this way when De Ridder started pushing forward with his hands down, and then Vitaly rocked him with a punch. Vitaly knew he had to work De Ridder against the cage and try to turn him around.

“When Vitaly got his opponent’s neck, he might have thought he had a chance – and by the way, his chokes are very good. But we saw how it all ended. I think Vitaly can now do some homework and analyze his mistakes. He still has a chance [to become the World Champion again].”

Of course, De Ridder isn’t the only reigning ONE World Champion with an undefeated MMA record.

Malykhin is 10-0 since his first pro fight in 2016, and he would love to put his perfect slate up against “The Dutch Knight” after getting past Bhullar.

Next, the Russian plans to become the undisputed heavyweight ruler and then drop down to light heavyweight for a World Title challenge.

I am the king of the heavyweight division. After I beat Arjan, I can go a weight class below, as I am a small heavyweight, and take the belt [from De Ridder].

“Then if he wants – but after meeting me, he won’t – he can go up to the heavyweight division. I will wait for him. I will look good with two belts!

If they meet inside the Cricle, the 34-year-old is sure that he would not only defend “The Dutch Knight’s” takedown attempts – he expects to knock him out, too.

“There has never been any disrespect from me when it comes to De Ridder, but he doesn’t surprise me with anything. I know his strengths – endurance and a strong ground game, but he just doesn’t understand my level of fighting, and that’s his weak point. He thinks he can take me down, but he won’t succeed.

“And if I hit him the way he hit Vitaly, he’s unlikely to remember anything about his jiu-jitsu skills. Maybe later after the knockout when his team tries to bring him back to life, he might remember that he is a black belt in jiu-jitsu. But overall, he is not a bad fighter. He has a record of 16-0, which is impressive. He is a jiu-jitsu fighter, but this is MMA – let’s see how he adjusts.”