Brazil’s Alexandre “Bebezao” Machado knows he will be stepping into foreign territory when he meets ONE Middleweight World Champion Aung La “The Burmese Python” N Sang at ONE: QUEST FOR GOLD on Friday, 23 February.

The pair are scheduled to face off for the vacant ONE Light Heavyweight World Championship in the headlining bout, which broadcasts live from the Thuwunna Indoor Stadium in Yangon, Myanmar.

There will be thousands of passionate supporters in attendance, who will undoubtedly be cheering Aung La N Sang — Myanmar’s foremost sporting icon — towards a second world title in ONE Championship.

Many athletes would be fazed by this prospect, alongside the heavy expectactions of competing for such a prestigious crown. The Brazilian, however, enters the contest with a different mindset. He believes it is the hometown hero, and not himself, who has the weight of thousands on his shoulders.

“I am facing a local star, and with him being a world champion and having the belt, he will feel more pressure than me,” the 35-year-old Machado offers. “I am the challenger. For me, it’s just fun.”

This is not unknown territory for “Bebezao.” He has competed around the world many times, and has used this type of platform to upset local favorites in the past. When the cage door shuts, it is just the two men and their respective skill sets.

As well as being experienced in this kind of underdog battle, he also has faith in his world-class grappling ability, which could pose stylistic problems for Aung La N Sang.

“I am really calm. I believe he is much more nervous than I am,” Machado reveals.

“For him, it is a mismatch. He is a striker, and does not defend takedowns well. Also, he is not a very fast striker. He relies on volume, so I intend to take him down, put him on his back, and submit him.”

Machado is a black belt expert in the world of Brazilian jiu-jitsu, a craft he has studied and practiced since his childhood.

“Bebezao” was born into a martial arts family, and he was taught “the gentle art” from an early age by his father, who was already a master practitioner. His confidence has been earned through decades of diligent training and competition success, having earned countless medals in BJJ tournaments.

He then magnificently transitioned his elite grappling skills to the cage, compiling an 8-2 professional record. In his most recent bout, back in August 2016, he submitted four-time Muay Thai and Kickboxing heavyweight world champion Alain “The Panther” Ngalani at ONE: HEROES OF THE WORLD.

With Machado’s goliath strength and impeccable grappling talent, he stands as the most stringent test for Aung La N Sang today.

The Brazilian does have a lot of respect for “The Burmese Python,” whom he describes as a “technically and physically great athlete.” But reaching his goal of becoming a world champion in ONE means he is concentrating his efforts on victory alone. 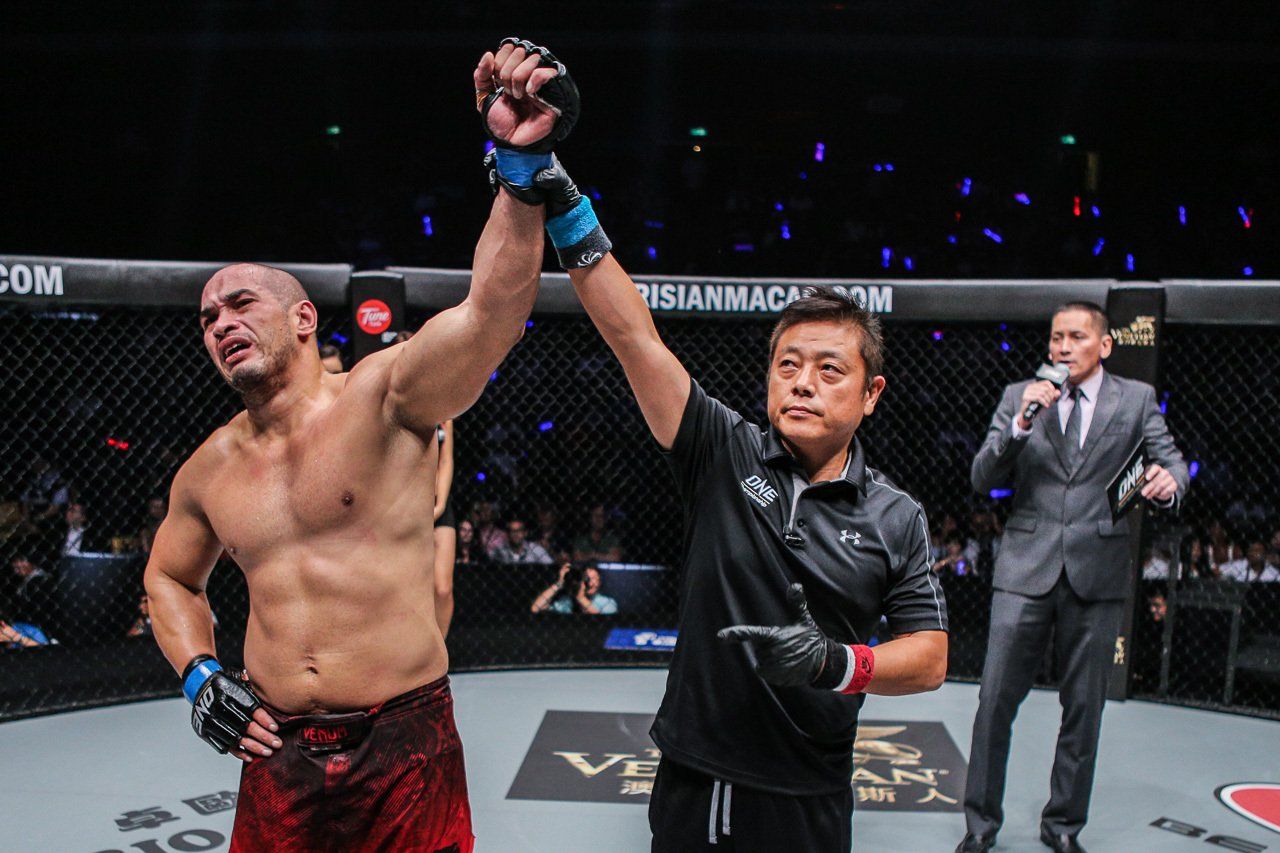 “It is a dream come true to be a part of the biggest organization in the world,” the Brazilian says, before making his intentions clear. “My goal is to be the world champion, get the belt, and defend it for as long as I can.”

This main event has the potential to be an epic affair, and Machado knows that Aung La N Sang’s heart and will to win in front of his hometown crowd will keep him battling to the bitter end.

“He has great conditioning and durability. He defends well, and he feels very comfortable in the cage,” Machado acknowledges of his opponent.

“I think he will try to win by using high output, and take it to a decision. I’ve got to watch out for that, and put the pressure on him.”

Both men are eager to become the king of the light heavyweight division, and their martial arts styles make for a truly intriguing encounter. Machado knows there is a tremendous amount at stake, and he is determined to leave the Thuwunna Indoor Stadium with the ONE Light Heavyweight World Championship draped over his shoulder.