Waqar “Psycho” Umar may have spent a year and a half away from competition, but he made a thunderous return to action on Saturday, 24 March, in Bangkok, Thailand.

Waqar “Psycho” Umar pulls in a big victory for Pakistan as he submits Zhao Zhi Kang with a scintillating RNC in the first!

Waqar "Psycho" Umar pulls in a big victory for Pakistan as he submits Zhao Zhi Kang with a scintillating RNC in the first!TV: Check local listings for global broadcast

The 26-year-old Pakistani defeated China’s Zhao Zhi Kang at ONE: IRON WILL, submitting the veteran star via rear-naked choke late in the first round.

Not only did Umar earn a huge victory, he feels like a new man, and believes everything has finally started to click for him.

“It meant a great deal to me,” he admits. “Zhao was no easy task, and definitely a veteran, with 23 wins and just three loses. I always felt confident. I have the tools to win, but this time my preparation was vital in bringing everything together.”

According to the Lahore, Pakistan native, everything played out according to plan. 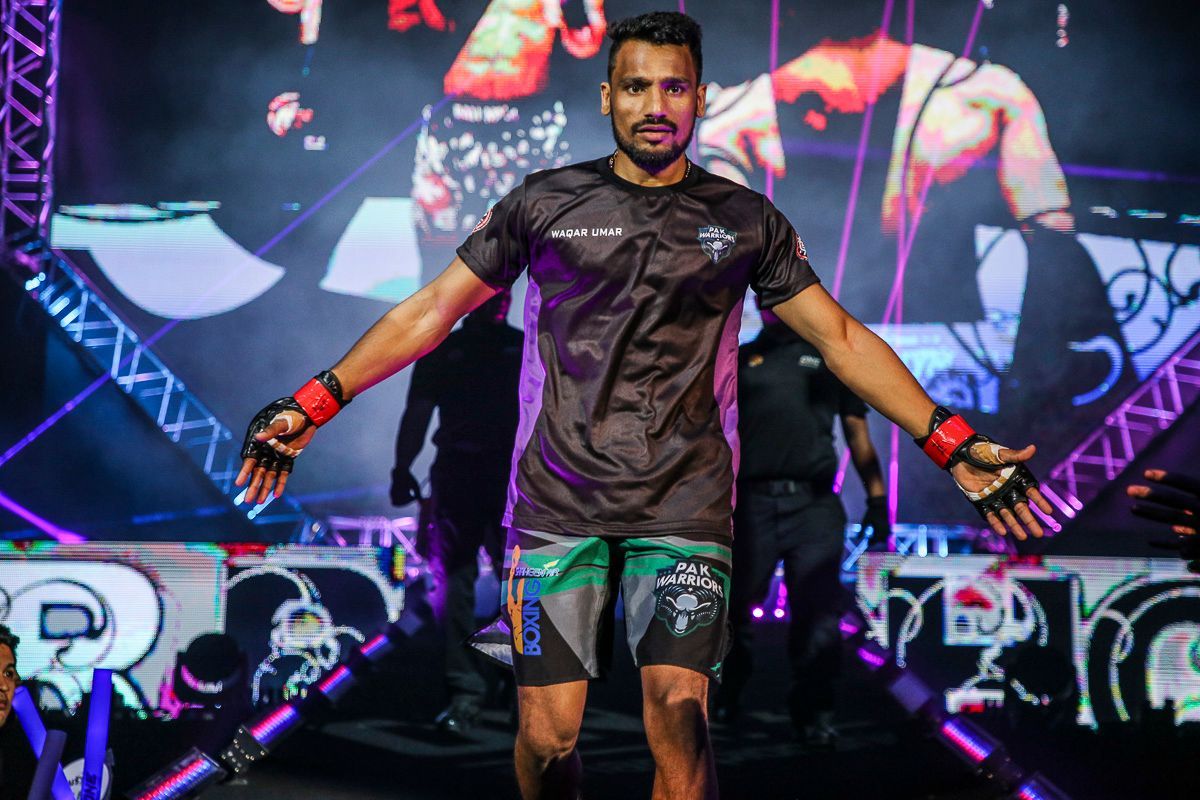 The first phase of his strategy was to engage with Zhao on the feet. Umar’s coaches realized Zhao, a Chinese sanda champion, was a terrific striker, and noticed in previous contests that he tends to bring the match to the ground upon getting hit, which is exactly where they felt “Psycho” would have the edge.

Just seconds into the bout, the two exchanged strikes. Though it appeared the Pakistani took some of the harder shots, he retaliated with a leg kick, and a few stiff punches to his rival. Then, everything began to unfold just how his coaches had imagined.

“Even though I ate a clean head kick, I kept charging forward, hoping to connect with at least one punch, and then force him into the second phase of the game plan,” Umar admits.

“As expected, he shot for a takedown, and I did not waste much energy to defend it. Instead, I pulled guard, and started my jiu-jitsu assault.” 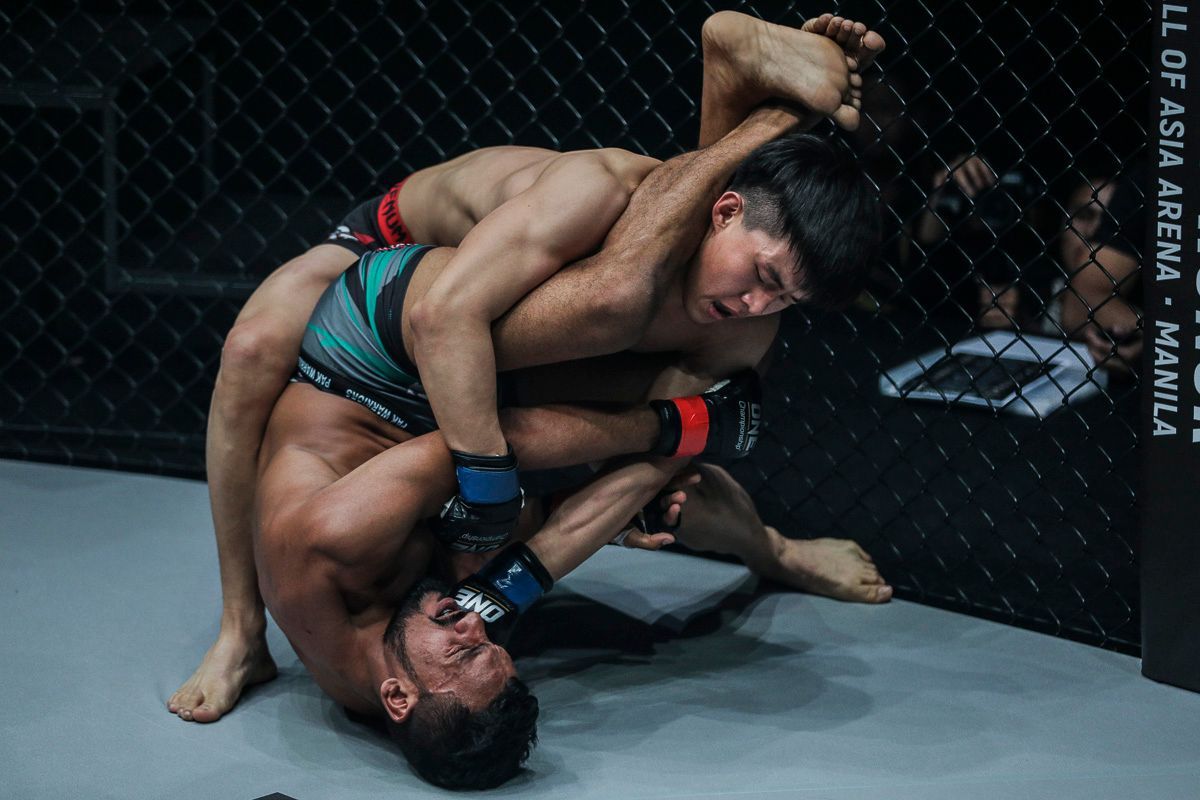 Umar pulled a high guard, and negated the ground and pound of his Chinese opponent. The Pakistani went for an armbar, and then a triangle choke, and kept spinning on the canvas until he took his adversary’s back.

He initially put his hooks in, then transitioned into a body triangle, and meticulously attacked until flattening Zhao out and submitting him with a rear-naked choke.

Though “Psycho” never felt threatened, he admits feeling a little impatient. Fortunately, he was able to keep his emotions in check, and that was something he specifically worked on during his eight-week training camp at Rogue Fitness and Martial Arts Academy.

“I am grateful that I was able to keep my composure, even while progressing positionally,” he explains. “In the past, I had rushed, and jumped too quickly for finishes without focusing on establishing control. This time in training camp, it was a major focal point.”

Now, he is intent on taking his career to the next level. 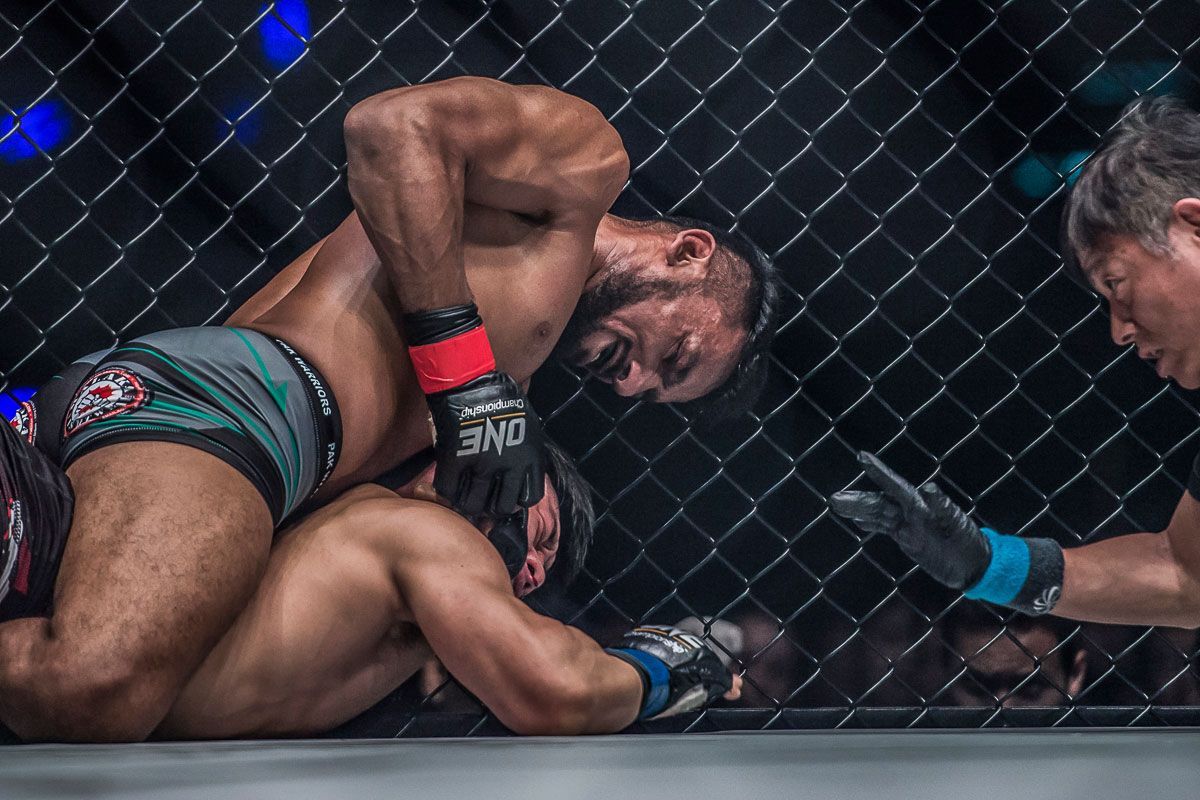 While he may have been away from the ONE cage for 18 months, he makes it abundantly clear that he plans to stick around, and compete as often as possible moving forward.

“I would love to get a match every month, to be honest,” he adds.

Umar already has a couple of opponents on his radar. One of them would be a rematch from a previous encounter, and another would be avenging his mentor’s loss.

“I have two particular matches in mind, and each has its own story,” the Pakistani reveals.

“First, I would like to face Benedict Ang again. He was my second match in ONE Championship. I lost by decision, and I would love [a rematch] to show everyone the new Waqar.

“The second match I would like is Jimmy Yabo. I would like this match because he was one of the last athletes to defeat my previous coach, Bashir Ahmad. I have always felt like this was one match that not only me, but all the 180 million Pakistanis would like to see.” 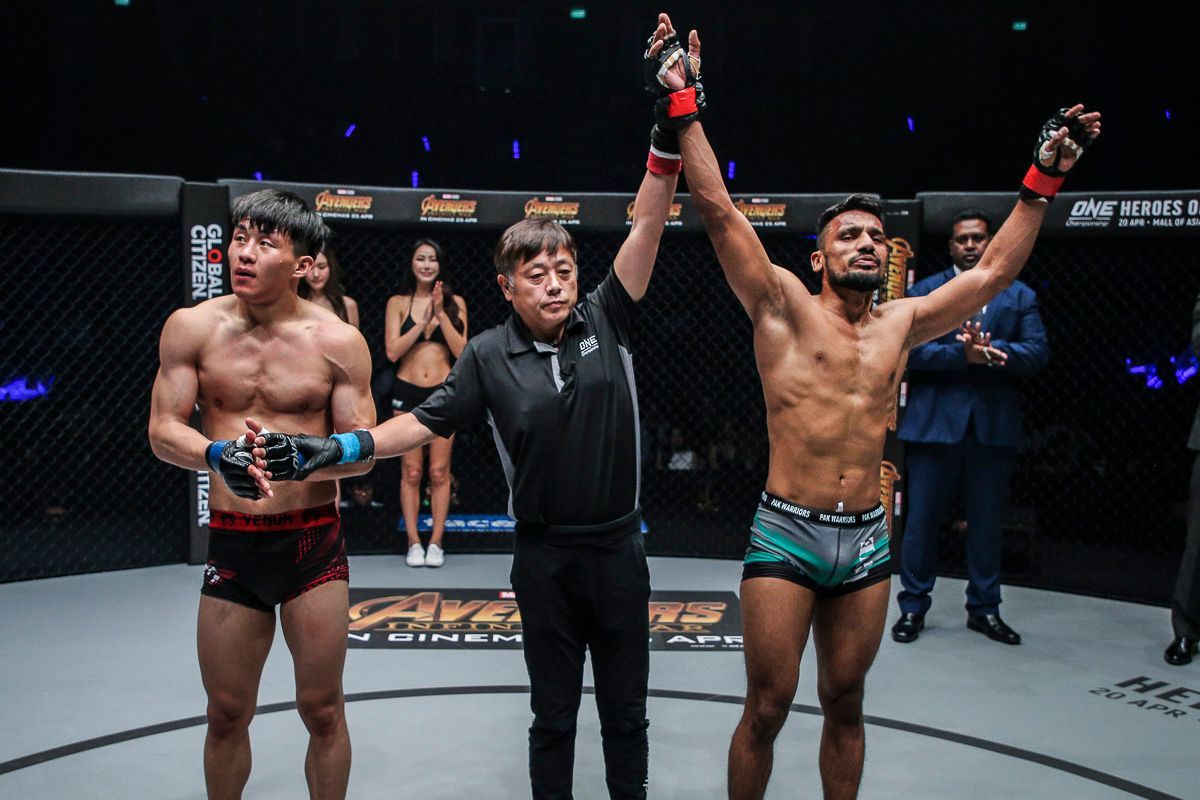 The win over Zhao may have also provided him with the reassurance he always needed. Umar is focused on working his way up the ladder, and will attempt to fulfill his dream of becoming the ONE Featherweight World Champion one day.

“Psycho” knows that day could be a few years away, but he is driven to continue moving forward, and get better from bout-to-bout.

“I see myself at the top, someday,” he says. “Right now, I am at the bottom, but I am ready to battle one by one, and work my way up. I hope people will see that I do not give up. I will keep improving.”