Adrian “The Hunter” Pang is on the hunt for the ONE Lightweight World Championship.

The Australian contender believes that prestigious world title belt would cap off a stellar martial arts career, as he is driven to test himself against the best, and in fact, become the best.

That drive and desire for excellence was actually inspired by his father, who happened to be a breakthrough success, and a world champion in his own right. Pang had a rather adventurous childhood for a child growing up in Kokopo, Papua New Guinea. It was far from glamorous, as both he and his brother were raised in a rough neighborhood where violence was common. In addition, the family owned very little in the way of possessions and riches.

“We were properly poor, and if you saw the house we lived in, it looked like a shanty house. But my dad, he is now one of the most successful men in Papua New Guinea, and he is my inspiration.”

The elder Pang, James, was a little rough around the edges, but he has been a constant source of inspiration. 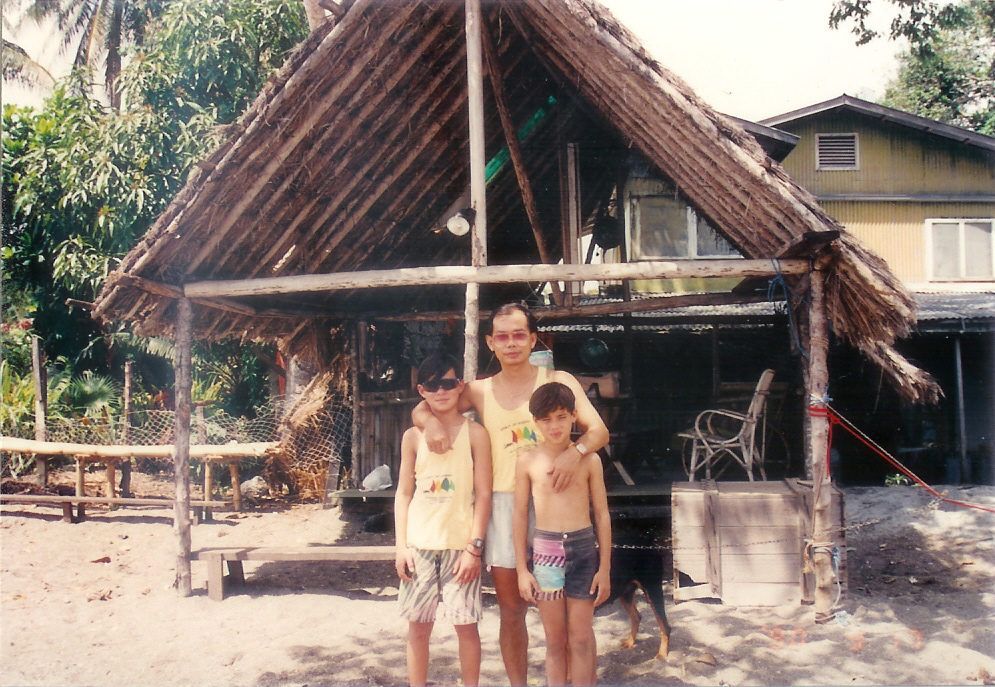 In the 1980s, James Pang was a windsurfing prodigy who became the Papua New Guinea National Windsurfing Champion in 1983 and 1984, as well as the 1983 Yachtsman Of The Year for the Rabaul Yacht Club. He would represent Papua New Guinea on the international field too, as he participated in various events including the Singapore Mistral Open and the South Pacific Games.

All of that triggered something in young Adrian.

“I used to always watch him and want be like him,” he admits. “I wanted to be champion in something one day. I just did not know what it was going to be.”

Then, he started to dream. Pang, his older brother, and his friends did not have access to many of the finer things in life during their childhood, but they managed to get their hands on some VHS tapes, most notably of Bruce Lee films. 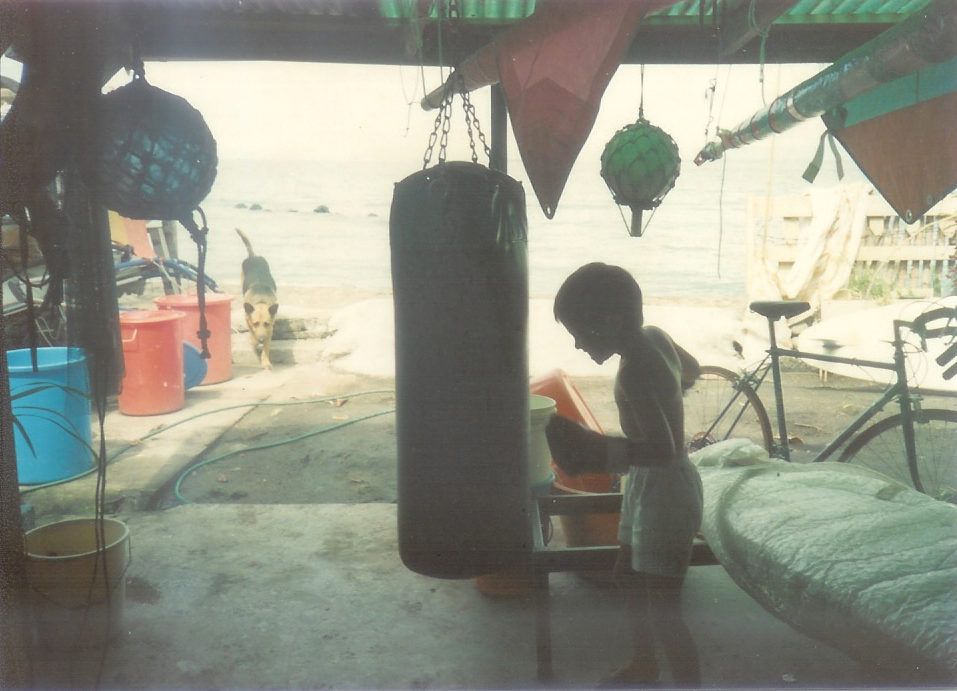 “The Hunter” instantly fell in love with the movements and the philosophies of the Hong Kong-bred martial artist. He admits that Lee was “another inspiration.”

“We watched kung fu movies out of Hong Kong, and my friends and I tried to ‘Bruce Lee’ the crap out of each other. I think it was because he was Chinese martial artist who did kung fu, which we could relate to,” states Pang, who comes from a mixed-culture family, as his father is ethnic Chinese and his mother is European.

“He was one of the first martial artists that could combine styles together, and that is what appealed to me. He would box and kick, and have his bit of wrestling. It was not movies where it is like, ‘I do not know if this would actually work.’ He was a real, genuine martial artist that brought people together, and found out what works for one person may not work for somebody else, and I really like that philosophy.” 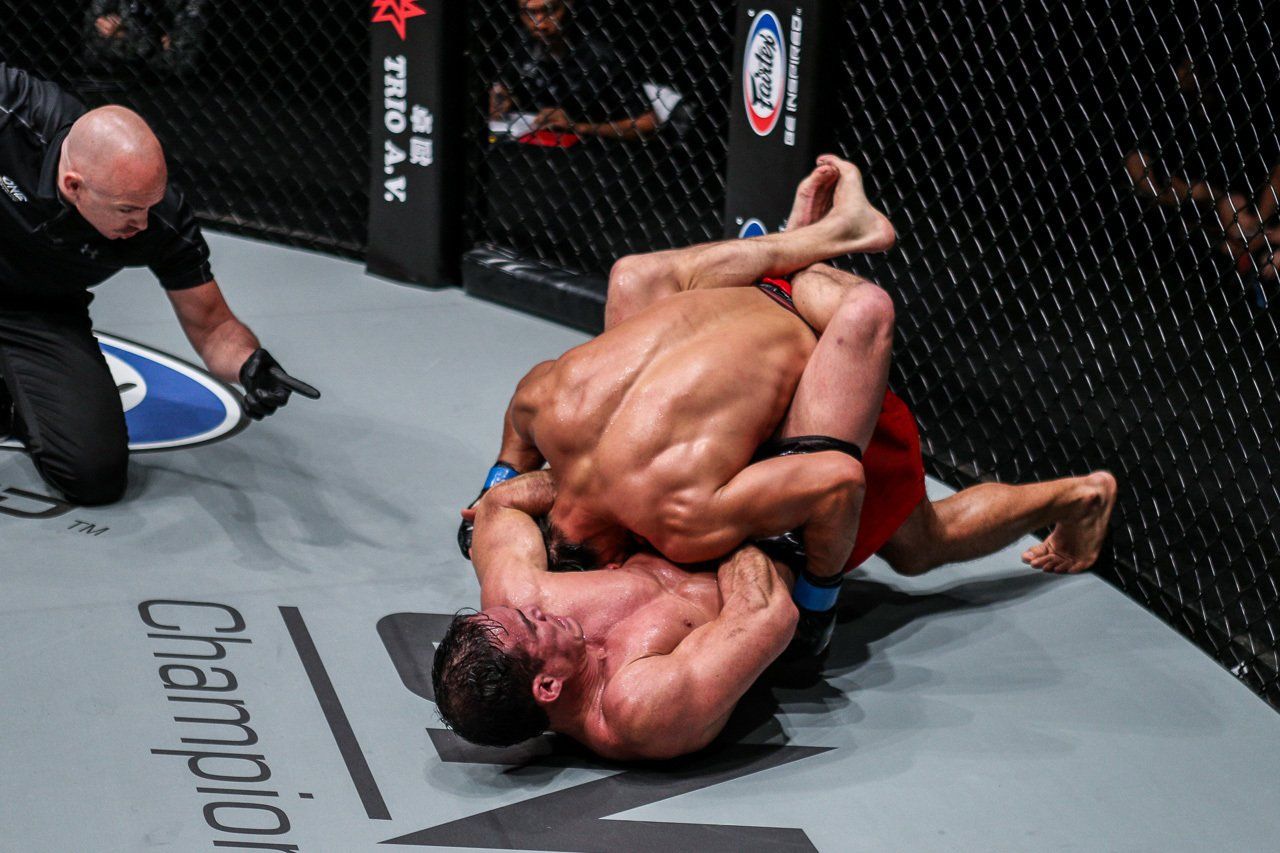 Pang would leave Papua New Guinea when he was 13, along with his brother, to live with their mother in Brisbane, Australia. At 15, he officially started his kung fu training and stuck with it for nearly eight years. That is when he became enamored with Royce Gracie, who blitzed the martial arts scene with his relentless Brazilian jiu-jitsu and submission grappling.

Taking a lead from Gracie, Pang diversified his training. In November 2001, he entered the cage for the very first time, and started a professional martial arts career that he hopes will culminate with the ONE Lightweight World Championship.

Back then, however, when the scene was still developing, he was competing just for the sheer enjoyment of testing himself against the best competition. He still had a tremendous amount of experience to gain.

While Pang was competing for his own satisfaction, he financially supported himself as a joiner.

“I was a cabinet maker, so I match kitchen cabinets, furniture and stuff. I just liked building things with my hands.”

Soon, he looked at his father for inspiration again. Following the 1994 eruption of the Tavurvur stratovolcano on the Papua New Guinean island of New Britain, which virtually destroyed the old capital Rabaul, James Pang went around town, and purchased land for low prices.

“When the volcano was blowing up and everyone was evacuating the town, my dad went to the town and bought property,” the martial artist explains. “People were like, ‘James, you are crazy, the volcano is wiping out the town!’”

Eventually, the town would be rebuilt, and people moved back to the area. As a result, that earned his father a pretty penny. From there, he purchased more property, and then launched a business which employs about 200 people. “The Hunter” was inspired to start his own business too, but wanted to play to his strengths. He loved building stuff with his hands, so he wanted to open a handmade furniture and cabinet making shop in his new hometown of Brisbane.

“My dad gave me AUD$50,000,” he recalls. “With that, I bought second-hand joinery machinery and two months rent in a shed. Every week, it was like, ‘How am I going to pay the rent this month?’”

At first, business was slow. What’s more, Pang was lifting his gym Integrated MMA off the ground. It was a massive undertaking, especially since he was still competing inside the cage quite frequently. But Pang prides himself on hard work, and that undying dedication to his craft proved to be fruitful. 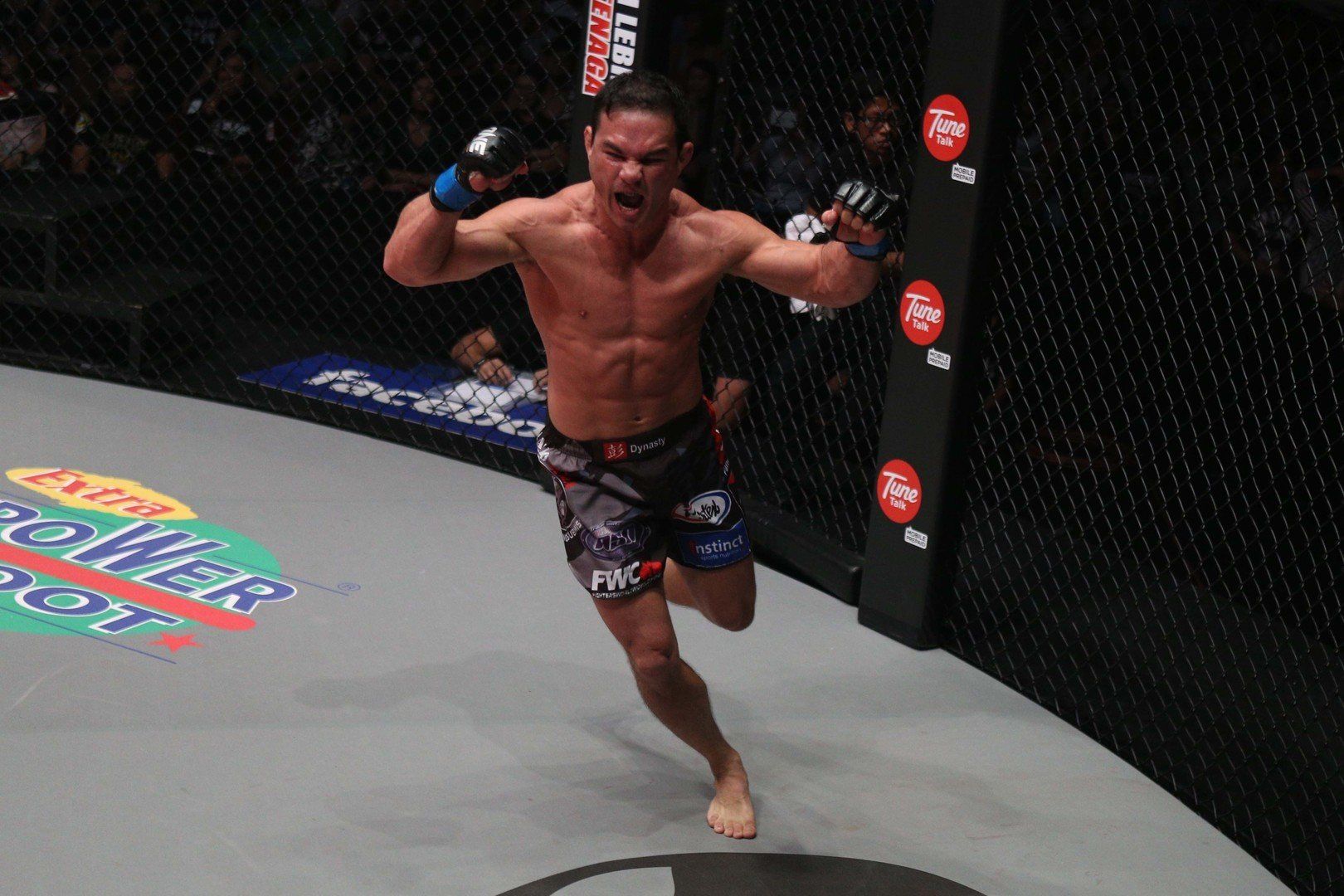 “I made it work with that small loan. I ended up buying the shed I leased and the whole commercial property behind it, and moved my gym into it,” he says, proudly.

“I shut the joinery down two years ago, moved it back to Papua New Guinea, and set it up there just to look after my father’s properties. So my old joinery is now a yoga studio, and then I have the gym behind it, and a third gym behind that, which is a strength gym I leased to someone. So basically, I am a landlord now.”

In addition to landlord and gym owner, Pang wants to add ‘world champion’ to his list of titles. He can move closer to that goal on Friday, 24 November, when he meets Amir Khan in the co-main event of ONE: IMMORTAL PURSUIT at the Singapore Indoor Stadium.

For “The Hunter,” this is not about monetary or financial reward. Competing is all about testing himself against the best possible opponent.

“It is not about the fame or anything like that,” he says. “It is more about proving myself, and I still think I’ve got it.”