Sean “Clubber” Clancy will bring his unique brand of Muay Thai mayhem back to the Circle at ONE: DANGAL, which airs this Saturday, 15 May.

In his sophomore ONE Super Series appearance, Clancy will face off against debuting Thai phenom Tawanchai PK.Saenchai Muaythaigym in a bantamweight war that’s guaranteed to have fans on the edge of their seats.

Here are five things you need to know about the Irish slugger ahead of his battle at the Singapore Indoor Stadium.

#1 A Late Starter To Muay Thai

Although the 32-year-old is now a seasoned veteran with 65 bouts to his credit, he did not take up “the art of eight limbs” until he was 21 years old.

To put that into perspective, Tawanchai just turned 22 and has already surpassed 150 fights — although that is not unusual for a Thai, with most starting to compete at a very young age.

In any case, Clancy did not waste any time once he embarked on his Muay Thai journey. As a matter of fact, he began thinking about competition within a week of training in the sport.

Alongside his natural attributes of heart, courage, and toughness, “Clubber” soon acquired the skills necessary to succeed in combat.

He picked up multiple titles in his native Ireland and internationally, with his biggest accomplishment coming in July 2019.

At the age of 30, Clancy made history when he won the WBC Muay Thai Super Lightweight World Title — becoming the first Irishman in history to attain the widely respected gold. 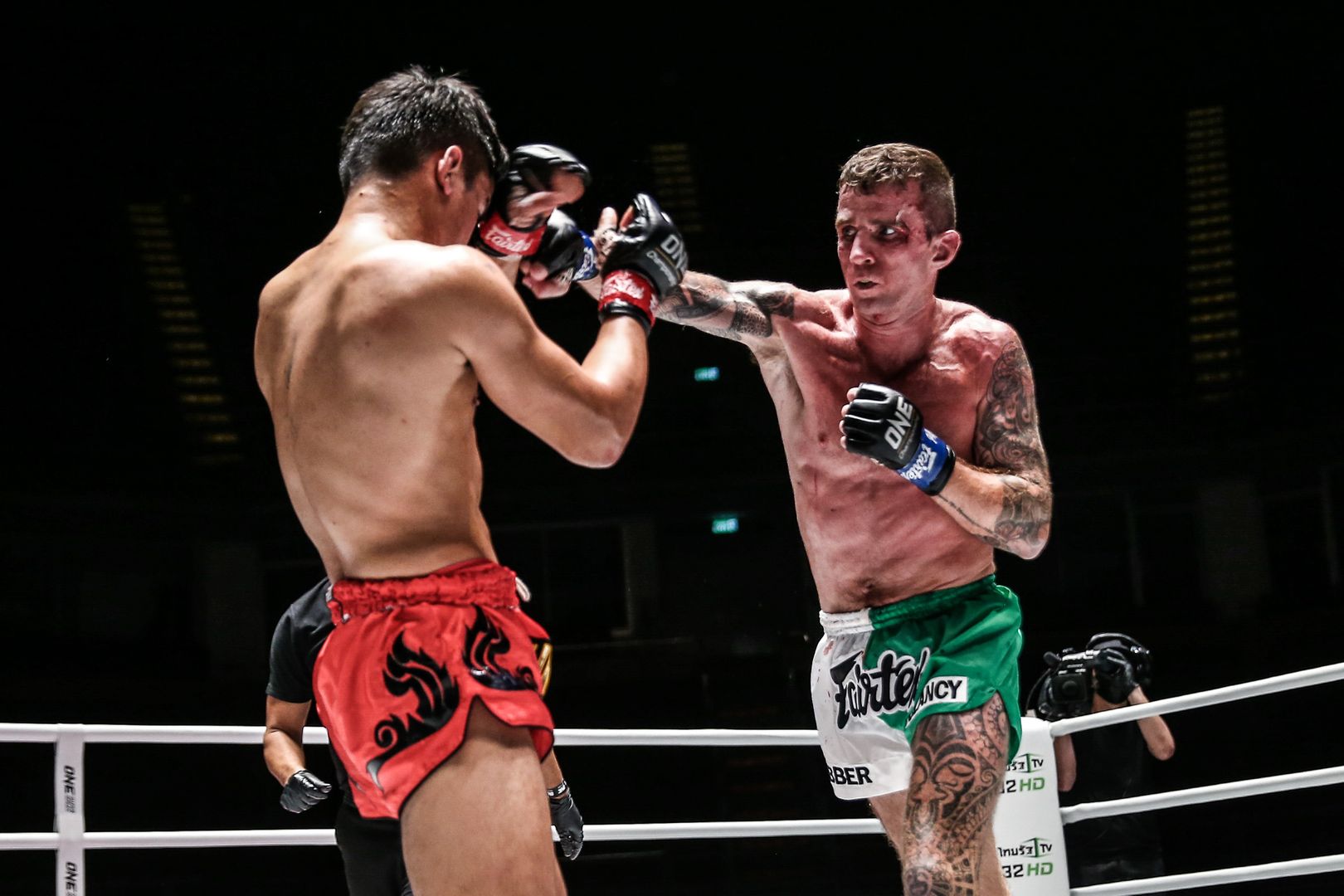 The hard-hitting striker has scored 22 knockouts in his 43 career victories, which gives him a 51 percent finishing rate.

This is aided by his aggressive, come-forward style, as Clancy goes on the front foot and looks to score with heavy punches and elbows at every opportunity.

Clancy was born and raised in rural Ireland, but he now lives and competes out of Yodyut Muay Thai in Koh Samui — an island off of Thailand’s east coast.

He adopted “The Land Of Smiles” as his home to push himself out of his comfort zone and become the best nak muay possible, and the sport has also expanded his horizons even further.

Through Muay Thai, “Clubber” has competed across continents, including in countries like Ireland, Thailand, Japan, the U.S., Australia, and Iraq. 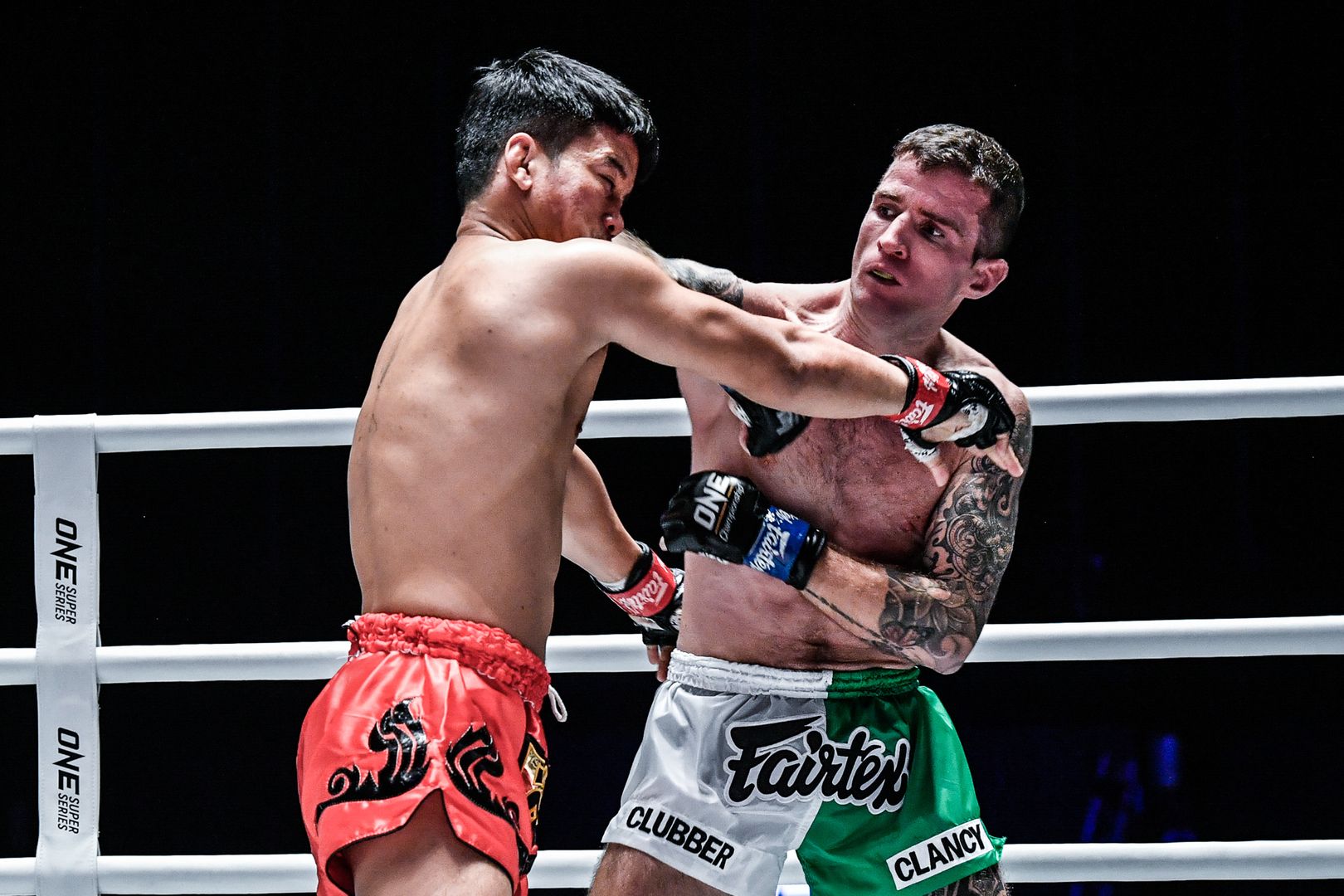 As he showed in his ONE debut against Pongsiri PK.Saenchai Muaythaigym at ONE: A NEW BREED II last September, the Irishman can mix it up with the best.

Clancy put on a showstopping performance against the former ONE Super Series World Title challenger in that debut, and he is no stranger to elite opposition.

Those opponents have included ONE star Kongsak P.K.Saenchaimuaythaigym and the Muay Thai legend himself, Saenchai.

Next, he’ll face another P.K.Saenchaimuaythaigym athlete in Tawanchai at ONE: DANGAL this Saturday.

Read more: 5 Facts About Muay Thai Superstar Tawanchai Before His ONE Debut