The Chinese striker will face off against Dovydas “Rimkenzo” Rimkus in a ONE Featherweight Kickboxing World Grand Prix alternate bout at the tape-delayed show that airs on Friday, 12 November.

A win would put him in prime position to join the bracket if any of the semifinalists are forced to withdraw – and he’d be ready and willing to face any of the final four.

Learn more about the Shengli Fight Club representative ahead of his crucial matchup at the Singapore Indoor Stadium.

#1 His Nickname Represents His Homeland

The “Bamboo Sword” moniker was given to Zhang by his Chinese fans before a huge bout against legendary Thai fighter Buakaw Banchamek back in 2014.

The supporters combined two prominent Chinese symbols so Zhang could honor their nation when he faced the worldwide striking star on an international stage.

#2 He’s Gone Up Against The Best

As well as Buakaw, Zhang has competed against many other legends of the combat sports world.

Prior to joining ONE Championship, he squared off against current ONE Featherweight Kickboxing World Champion Superbon. And inside the Circle, he’s faced Sagetdao “Deadly Star” Petpayathai and Andy “Souwer Power” Souwer.

Those experiences mean he won’t be fazed by Rimkus – or any other opponent he could meet if he enters the Grand Prix.

#3 Martial Arts Run In The Family

He leads the way for “Muay Thai Boy,” who’s spoken about his sibling’s incredible influence.

“My brother does everything for me,” the younger Zhang said. “He is not only my brother, but he is my role model, my teammate, and also a good coach.”

Proper nutrition is essential for an athlete, so it’s convenient that Zhang is a seasoned chef.

“Bamboo Sword” has owned and operated his own hot pot restaurant, which means he can fuel himself with wholesome, tasty food that enables him to train at a high level.

#5 He Has An Unexpected Hobby

Outside of fighting, Zhang likes to read and travel, which are not uncommon passions for athletes.

However, you won’t find many who share the Shenzhen native’s other favorite pastime.

“Bamboo Sword” is a big fan of polo – “the sport of kings” – which has grown rapidly in popularity back home in China. 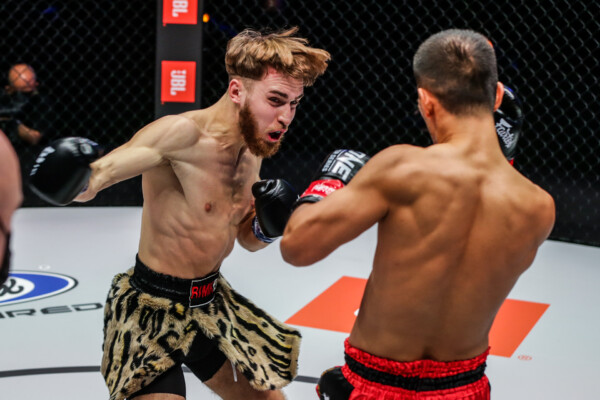