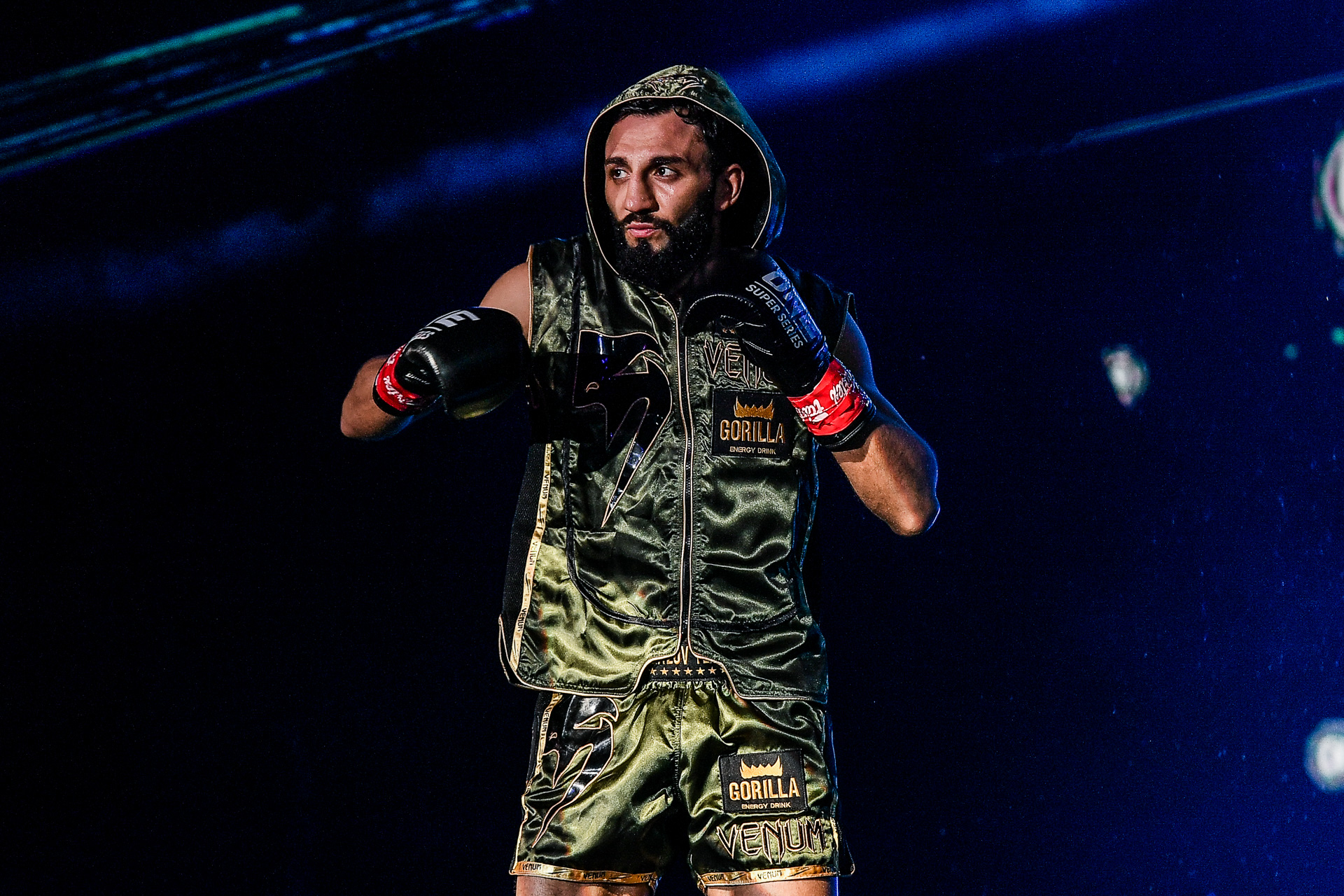 Chingiz “Chinga” Allazov has competed – and succeeded – in elite kickboxing tournaments before, so he knows what it takes to be the last man standing.

He’ll look to replicate that feeling starting this Friday, 15 October, when he faces Samy “AK47” Sana in the ONE Featherweight Kickboxing World Grand Prix quarterfinals at ONE: FIRST STRIKE.

From his native Belarus to the far reaches of the world, Allazov is a well-known man in the striking arts, but we’ve picked out five things you may not know about “Chinga.”

From France to Japan and everywhere in between, Allazov has fought in a variety of different countries. But it was in the Southeast Asian nation of Thailand where “Chinga” kicked off his professional fighting career.

As a 13-year-old, he spent some time training in the motherland of Muay Thai – and he even competed there.

However, his tenure in the sport was short-lived. Allazov soon chose to drop the elbows and clinch game and focus solely on kickboxing instead.

After Allazov turned his attention to kickboxing, he thrived in the sport and rose to compete at its highest level – evidenced by his participation in the upcoming ONE Featherweight Kickboxing World Grand Prix.

But this won’t be the first time he’s taken part in an eight-man tournament. Allazov also fought in the 2017 K-1 Super Middleweight World Grand Prix Championship and ultimately emerged as the winner.

That experience means “Chinga” will be well-adjusted for Friday night when he tries to overcome Sana and reach the semifinals.

Allazov is a fierce competitor in the Circle, but when he’s not advancing his professional KO stats, he’s helping the next generation of martial artists realize their dreams.

Whether it’s training the youth at his kickboxing club, Gridin Gym, or presenting awards to the future stars of the sport, “Chinga” often takes time to support his local combat sports movement.

After all, how could he not? It’s the very same place where he started out before transforming into the kickboxing star he is today.

Allazov might be the kind of guy to knock off the competition, but he’s not the type to wear knock-off clothing.

When he’s not in the gym or Circle sporting kickboxing trunks and leather gloves, he likes to dress up in button-down polo shirts, scarfs, watches, camouflage jumpsuits, sneakers, slacks – you name it.

If the shoe fits, wear it, and Allazov does so with style.

#5 Man Of Many Skills

“Chinga” is a Kickboxing World Champion, a role model for the next generation, and he loves a tailored suit. He even had his first professional fight when most boys his age were busy watching cartoons.

But his most impressive attribute might be his juggling skills, and not just any juggling – doing so while balancing his body weight on a rolling board.

If that doesn’t improve Allazov’s hand-eye coordination and balance for his upcoming foray with “AK47,” perhaps nothing will.

Read more: 3 Fights That Could Steal The Show At ONE: FIRST STRIKE