Bibiano “The Flash” Fernandes is on the verge of cementing his legacy.

The ONE Bantamweight World Champion dominated the world of Brazilian jiu-jitsu, has not lost a bout inside the cage in seven years, and has defeated the very best athletes in the bantamweight division. In fact, he holds the ONE Championship records for most wins, most title defenses, and longest active win streak.

He will have the opportunity to secure his status as the greatest bantamweight martial artist of all-time on Saturday, 24 March, when he defends the belt against two-division world champion Martin “The Situ-Asian” Nguyen at ONE: IRON WILL in Bangkok, Thailand.

As we await that highly anticipated match-up, here are four reasons “The Flash” deserves that esteemed title.

#1 He Is Incredibly Decorated As far as accomplishments go, there is not a more prestigious or decorated bantamweight martial artist than “The Flash.”

In the mid-2000s, Fernandes won three BJJ Mundials world championships and three Pan American Championships, all in the black belt division. That’s on top of all the other titles he won up to that point.

Most importantly, he won the ONE Interim Bantamweight World Title in May 2013, and then unified the two belts by defeating Soo Chul Kim five months later. Since then, he has been the reigning, defending, and undisputed best bantamweight in the world.

#2 He Has Overcome Overwhelming Adversity 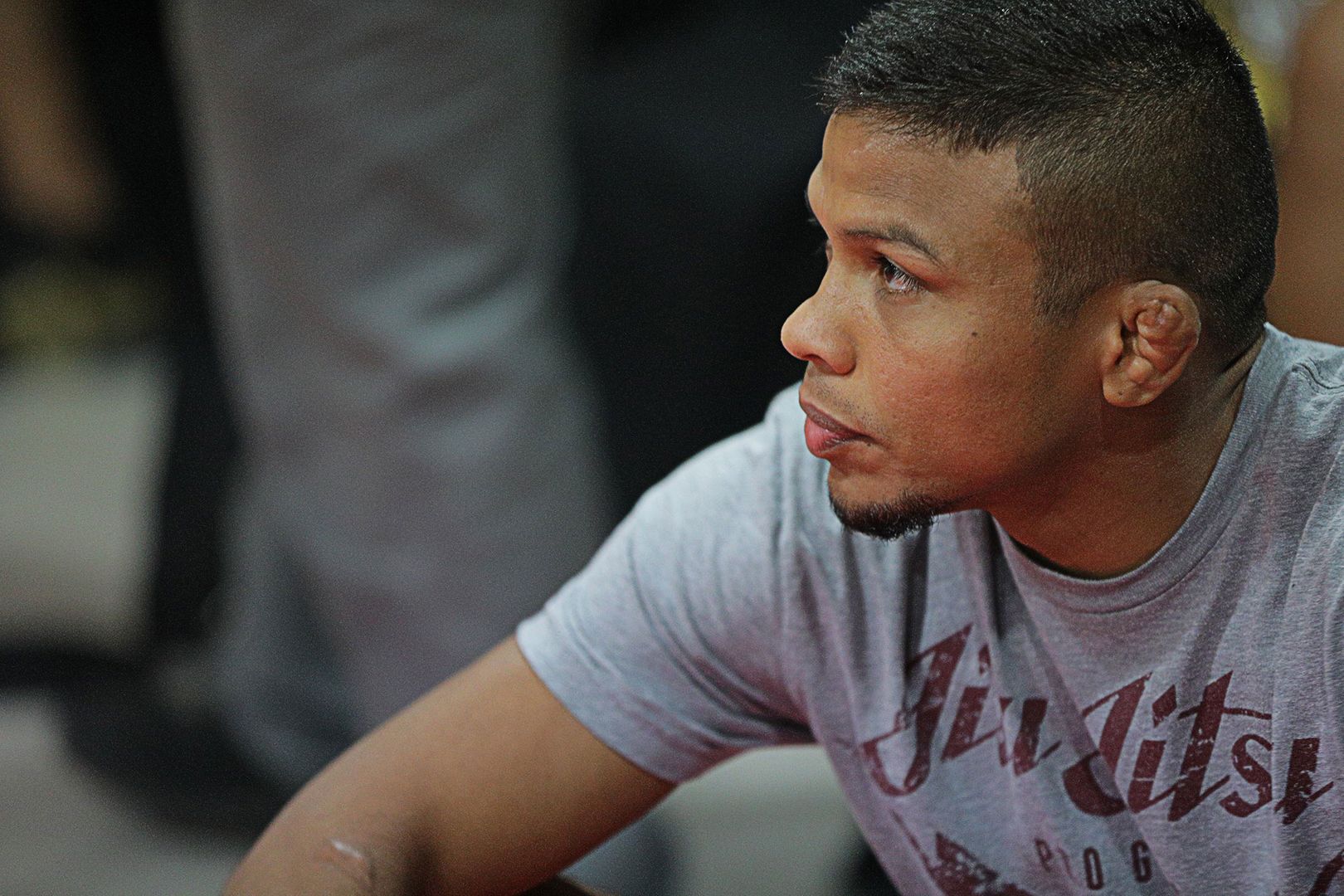 The Brazilian may be highly decorated, but he knows all about sacrifice and overcoming adversity.

As a child growing up in Manaus, Amazonas, his family lived in extreme poverty, and his mother passed away when he was just 7 years old. His father then sent little Bibiano and his siblings into the jungle to live with a distant aunt. They lived off the land, but “The Flash” caught Malaria, and only barely survived.

Fernandes’ dad later retrieved his son from the jungle, and the young boy worked odd jobs to help support the family. But one day, he stumbled upon a local gym, and watched longingly awhile becoming entranced by BJJ. One day, he was invited to enter the gym and try for himself, and in his first session, he was tapping people out.

Though he could not afford a membership, the gym’s owner struck a deal with him: free lessons in exchange for cleaning the mats. Fernandes accepted the proposal, and that determined work ethic has paid dividends in his life to date.

#3 He Keeps Gets Better And Better

Most martial artists begin to slow down when they get older, but the Brazilian has been getting better and even more dominant over time.

At 37 years of age, Fernandes has evolved as a dual threat. The well-rounded martial artist added a massive striking element to his already-elite grappling skill set, and has developed knockout power in his fists.

Though he garnered decision wins in the early tenure of his ONE career, he has turned the heat up on his most recent challengers, who are some of the best athletes on the planet. In fact, he finished four of his last five opponents in highlight-reel fashion, including Andrew Leone in under two minutes. That alone is a testament to his talent and ability. Fernandes may be martial arts’ most fearless warrior.

After having lived in poverty and surviving in the jungle, there is not much of anything the Brazilian is scared of. In many ways, he really is a super hero, just like his namesake “The Flash.”

That fearlessness also shows itself in the cage. As soon as the bell rings to begin each contest, he shoots across the canvas, applies pressure early, and relentlessly looks for the takedown. Beyond that, he is not afraid to stand with strikers and exchange blows. Just look at his devastation of feared Filipino knockout artist Kevin Belingon.

In addition to that, he will never back down from a challenge. ONE Championship Chairman and CEO Chatri Sityodtong messaged the bantamweight titleholder to see if he would be willing to defend his title against two-division world champion Nguyen. Within minutes, he replied “Yes,” not even giving the proposal a second thought.  Simply put, “The Flash” is afraid of no man.