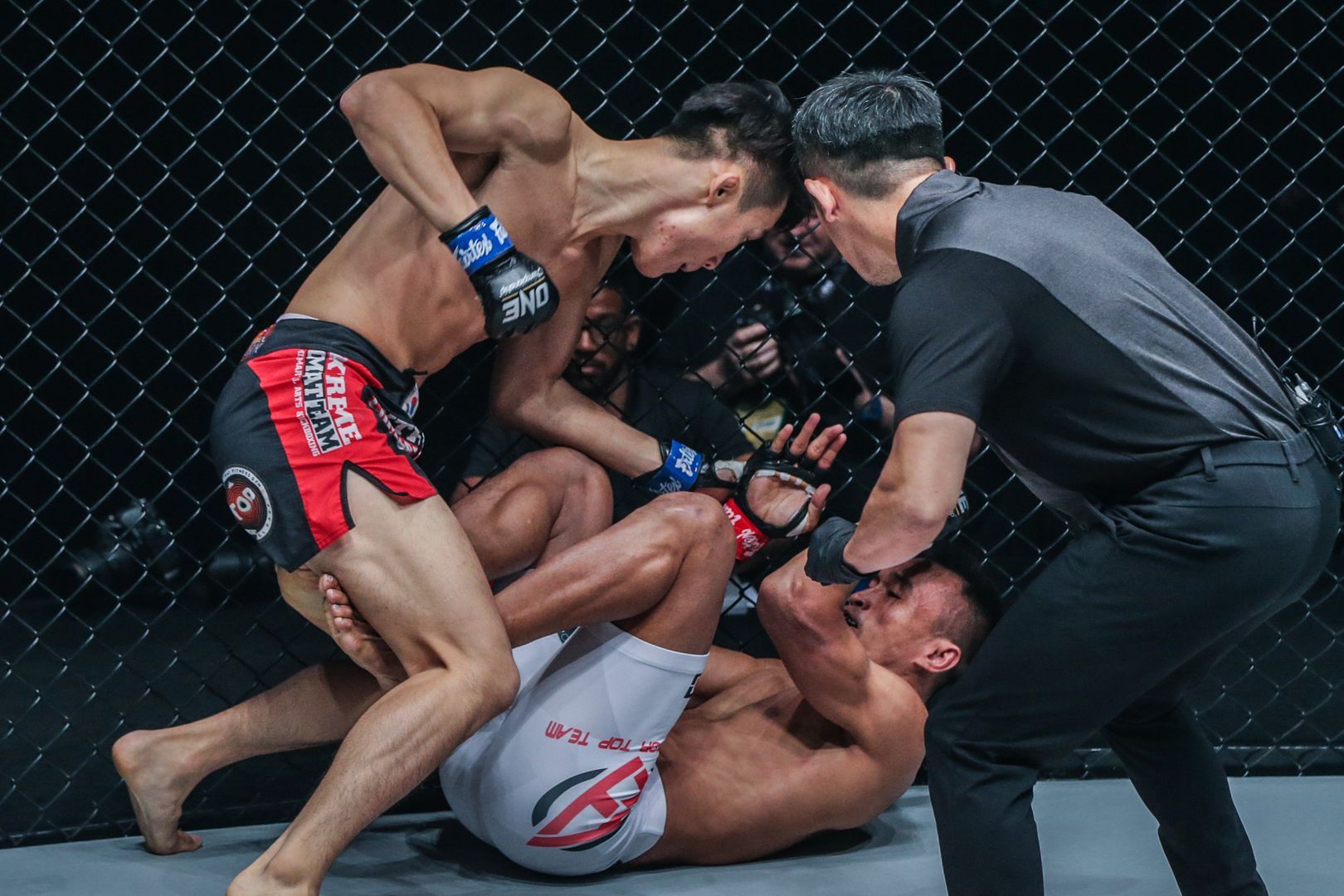 The global pandemic has kept him out of action since January, but the South Korean sensation is now ready to hunt for another knockout against Bruno “Puccibull” Pucci at the previously recorded ONE: INSIDE THE MATRIX IV, which airs this Friday, 20 November.

Kwon will look to bring his sharp striking to the Circle in a bantamweight mixed martial arts bout versus the Brazilian Jiu-Jitsu specialist.

Before the action goes down at the Singapore Indoor Stadium, let’s revisit three spectacular KOs that showed exactly what “Pretty Boy” is capable of.

A 67-Second Finish In His Big-League Debut

Kwon made a stunning first impression against Anthony “The Archangel” Engelen in his inaugural appearance at ONE: ETERNAL GLORY in Jakarta, Indonesia, in January 2019.

Despite dealing with the Dutch-Indonesian’s partisan crowd, “Pretty Boy” was not overawed by the moment and needed just 67 seconds to dispatch his rival.

The Extreme Combat representative looked to land his right hand several times in the first minute, and the payoff came shortly after.

Kwon walked Engelen down and feinted with his jab. “The Archangel” took the bait and reached out to parry the shot, which left a corridor open for the South Korean to attack.

“Pretty Boy” then planted a darting right hand on his foe’s chin, sending him to the canvas. A follow-up punch on the ground separated Engelen from his senses.

Kwon’s second win in The Home Of Martial Arts came at ONE: ROOTS OF HONOR in Manila, Philippines, back in April 2019. Again, he had to earn it over an experienced local favorite in Eric “The Natural” Kelly.

After the briefest of feeling-out periods, the Daejeon native stepped in with an arrow-like right hand that connected cleanly on Kelly’s jaw. “The Natural” stumbled and fell backward but appeared to maintain some of his faculties as he tried to hold his attacker off.

However, Kwon never let up in his assault. He fired a right hand straight over the top and then unleashed a barrage of concussive hammerfists to score the knockout in just 19 seconds.

Another First-Round Finish At ONE: CENTURY

ONE: CENTURY was the biggest event in promotional history, which gave Kwon the chance to showcase his skills in front of a massive worldwide audience.

In October 2019, the South Korean met “The Terminator” Sunoto at the mega-event in Tokyo, Japan, and picked up another first-round victory courtesy of his lethal right hand.

Sunoto tried his best to drag the contest to the mat, but “Pretty Boy’s” defensive wrestling was on point and kept the bout standing.

Kwon began the finishing sequence when he slipped “The Terminator’s” jab and scored with a cross. Sunoto quickly tried to grab for his rival’s legs, but the South Korean hurt the Indonesian with a right hand to the jaw as he moved in.

“Pretty Boy” sensed his opponent was damaged and followed up with a flurry of hooks and crosses that dropped Sunoto. On the ground, Kwon continued his flurry until the referee was forced to stop the bout at the 1:43 mark of the opening stanza.

Read more: 4 Lightning-Fast Finishes By The Stars Of ONE: INSIDE THE MATRIX IV 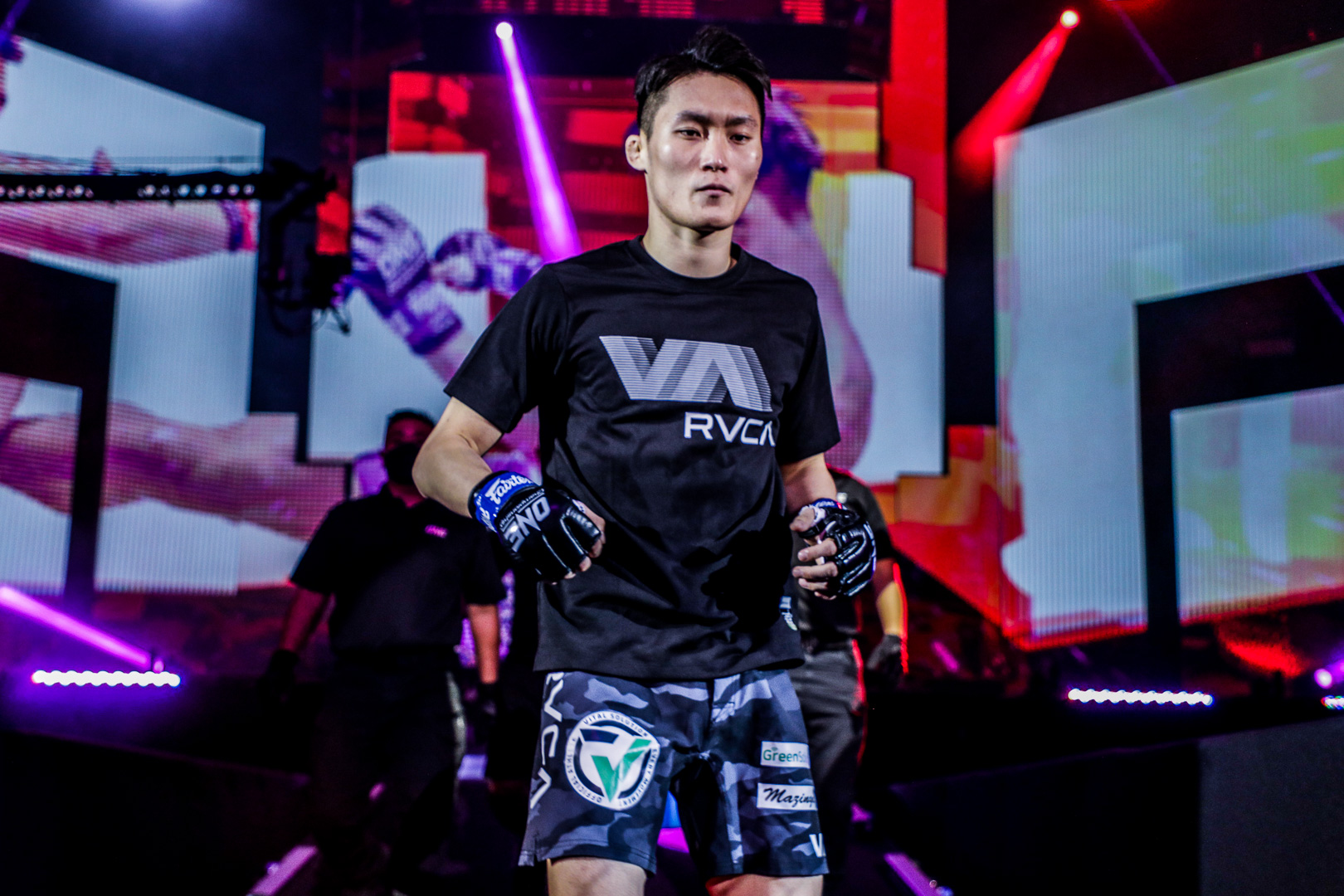 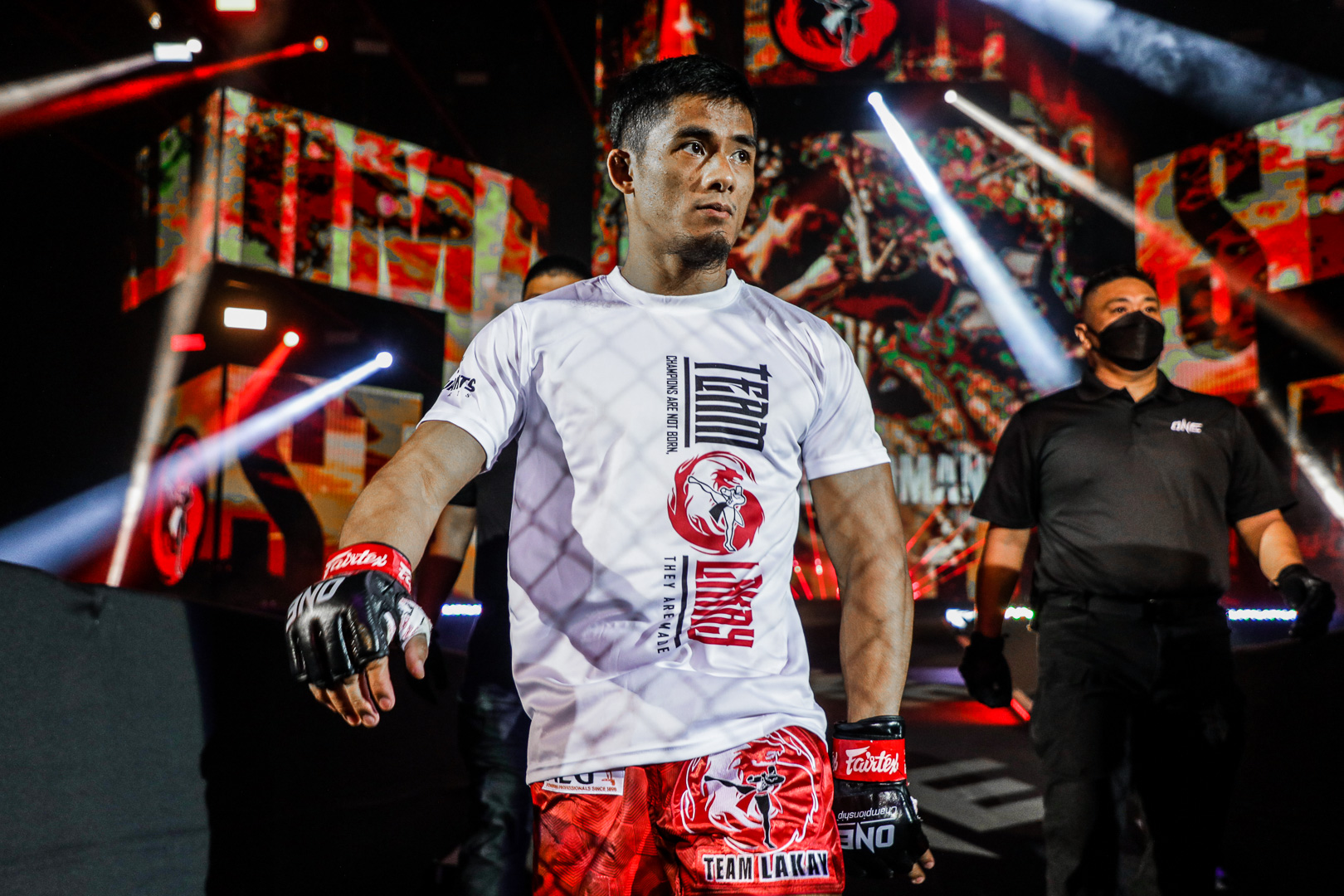 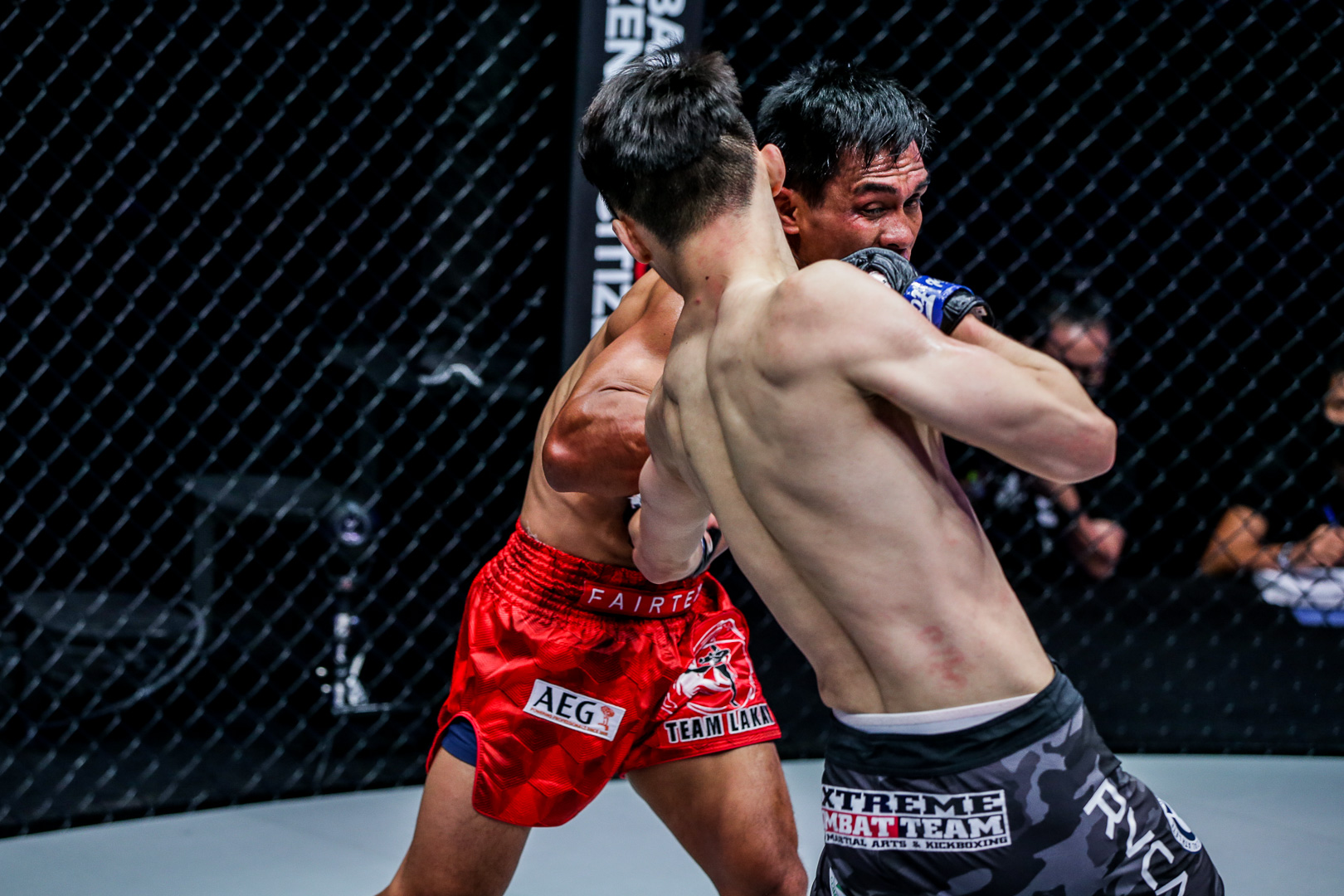 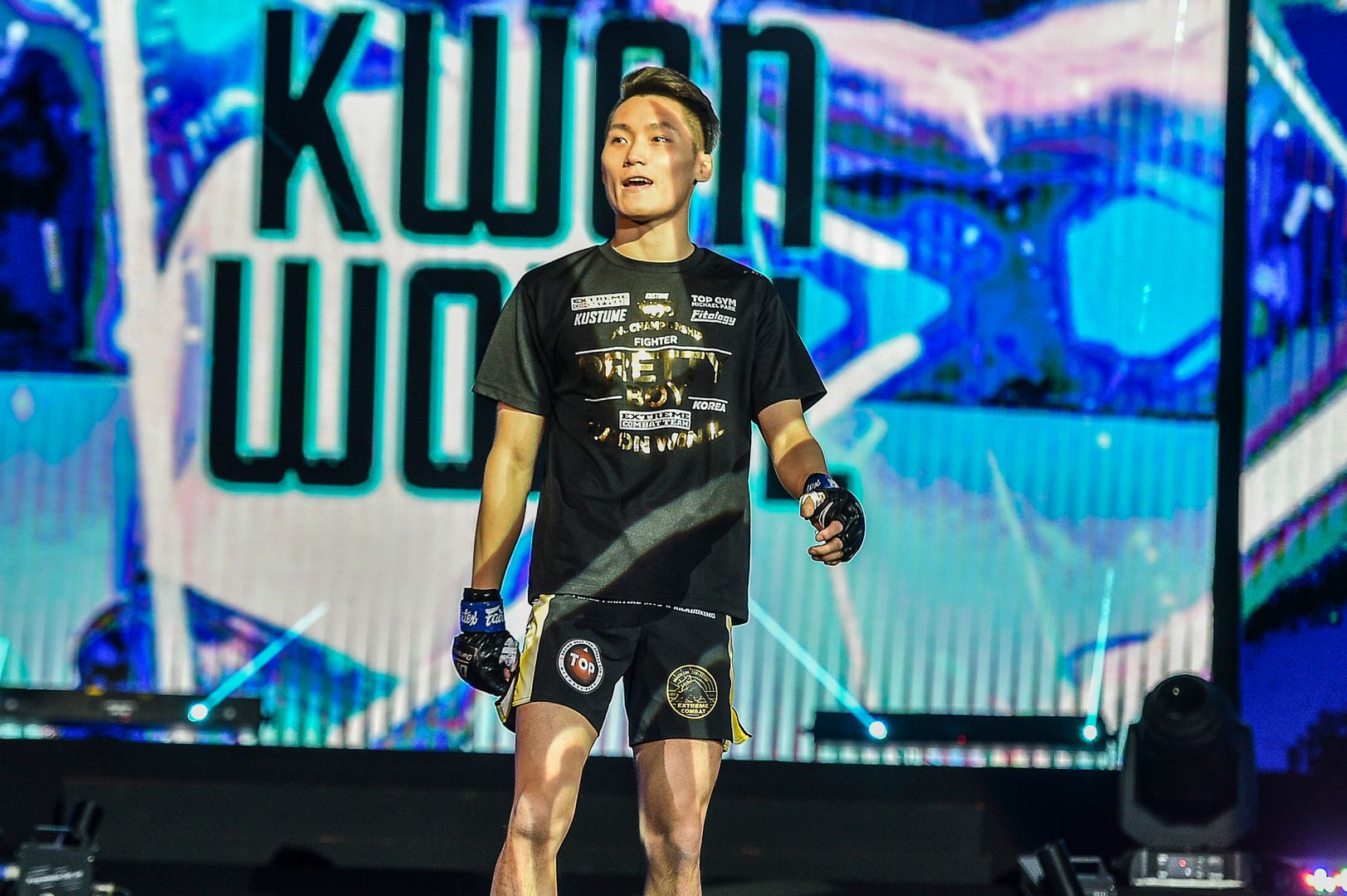