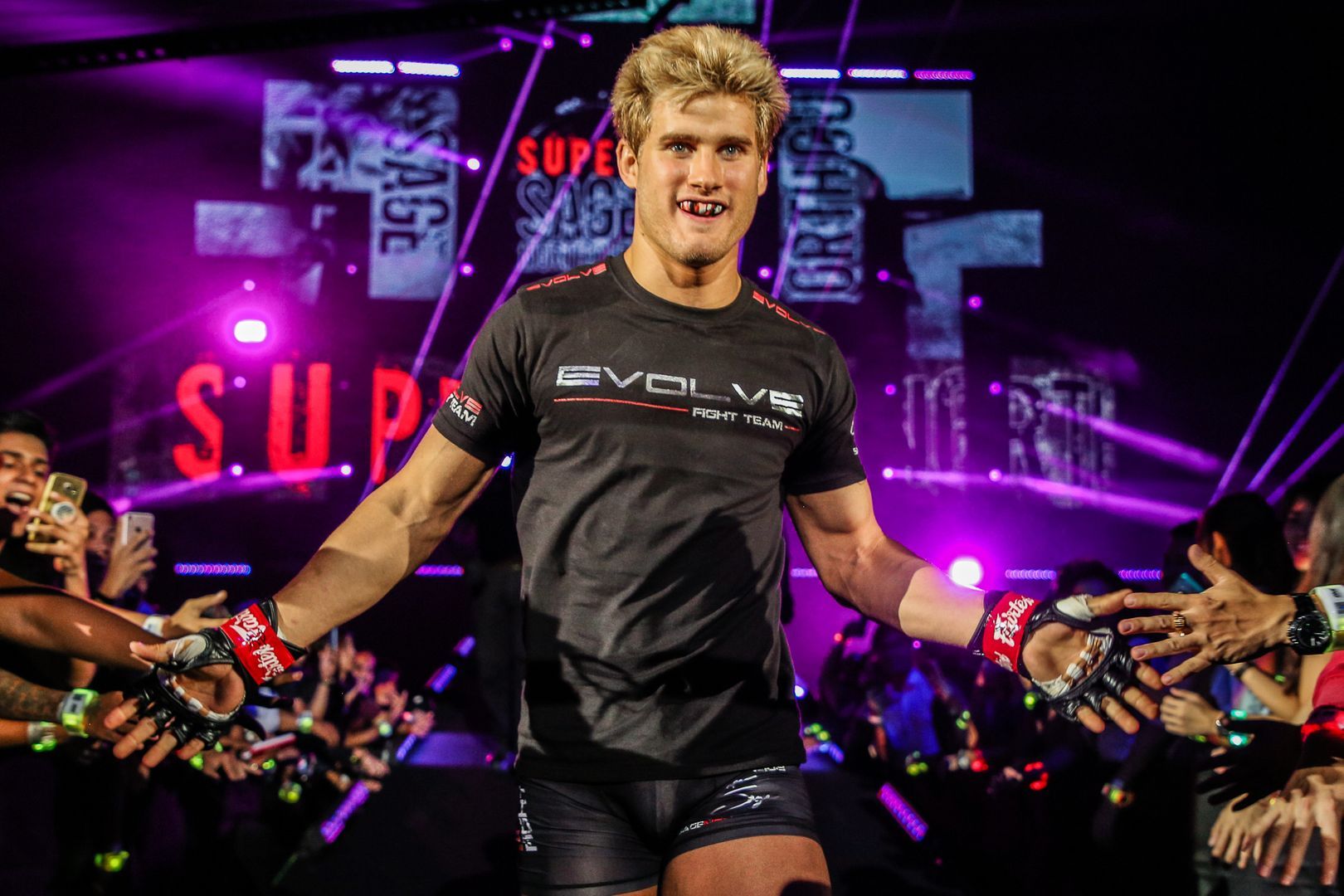 ONE Championship’s five-year broadcast deal with Amazon Prime Video Sports has the North American fan base excited, and many of those viewers are eager to see the return of United States star “Super” Sage Northcutt.

After a long hiatus, it sounds like the multiple-time Karate World Champion is ready to resume his mixed martial arts career – perhaps even at ONE 161: Moraes vs. Johnson II, which broadcasts live in U.S. primetime on Friday, 26 August.

Whenever Northcutt does return, he’ll have plenty of options awaiting him in ONE’s lightweight MMA division.

Here, we break down three intriguing potential matchups for the 26-year-old California native.

Japanese legend Shinya “Tobikan Judan” Aoki and Northcutt were scheduled to meet at “ONE on TNT IV” last year, but the latter was forced to withdraw due to COVID-19 safety protocols.

Since then, the pair have engaged in a series of back-and-forth conversations on social media, which shows they’re still eager to make this contest happen.

Most recently, Northcutt questioned the former ONE Lightweight World Champion on Twitter about supposedly turning down a fight offer for ONE 161.

However, the Japanese veteran denied those claims and said he was ready to throw down with “Super.”

Stylistically, this would be an interesting clash between a dangerous striker in Northcutt and an all-time great grappler in Aoki.

It would also be a huge opportunity for the American to catapult himself into the official rankings, as “Tobikan Judan” currently owns the #3 contender spot at lightweight.

Whoever comes out on top, fans would be in for a real treat – and likely a knockout or a submission, given the finishing skills of each man.

Timofey Nastyukhin is one of the most entertaining competitors in the lightweight MMA division.

His heavy striking artillery, well-versed grappling skills, and technical abilities have powered him to some unforgettable wins and all-time classic firefights.

One of those victories was a shocking first-round knockout of four-time Lightweight World Champion Eddie “The Underground King” Alvarez in March 2019. The Russian’s concussive punching power – including his massive right fist – was enough to earn him the biggest scalp on his resume.

Nastyukhin went on to challenge for the ONE Lightweight World Title, and he’s eager to make another run toward the gold.

For now, a matchup with Northcutt would surely produce fireworks from start to finish, as both men love to stand and bang – with a KO the most likely outcome.

At ONE: ONLY THE BRAVE in January, “The Warrior” Zhang Lipeng earned a statement win with a spectacular 32-second knockout of Ruslan “Snow Leopard” Emilbek Uulu.

That victory pushed Zhang’s ONE Championship slate to 2-0, and another win might propel the longtime star into the top-five rankings.

However, Northcutt could spoil the party if these two men square off inside the Circle.

His quick pace and unorthodox style could catch the Chinese competitor by surprise. At the same time, “Super” would need to avoid Zhang’s piston-like fists if he wants to get his hand raised in this potential matchup.