Two Global Citizen ambassadors from ONE Championship returned to their roots to speak about the importance of education and chasing one’s dream.

“Today, I visited the myME project, and I got a chance to encourage the children, which made me so glad,” Aung La N Sang says.

“In my opinion, education is really important for a child [because that child can apply it] to his or her dream, and succeed in the future. Therefore, I would like to get a chance to inform the youth about what education means to them in their lives.”

Aung La N Sang and Phoe Thaw are strong supporters of myME, which provides education to at-risk youth who otherwise would not have access to schooling. The project started in January 2014 and has helped over 10,000 children, many of whom have gone on to pass the Myanmar matriculation exams. 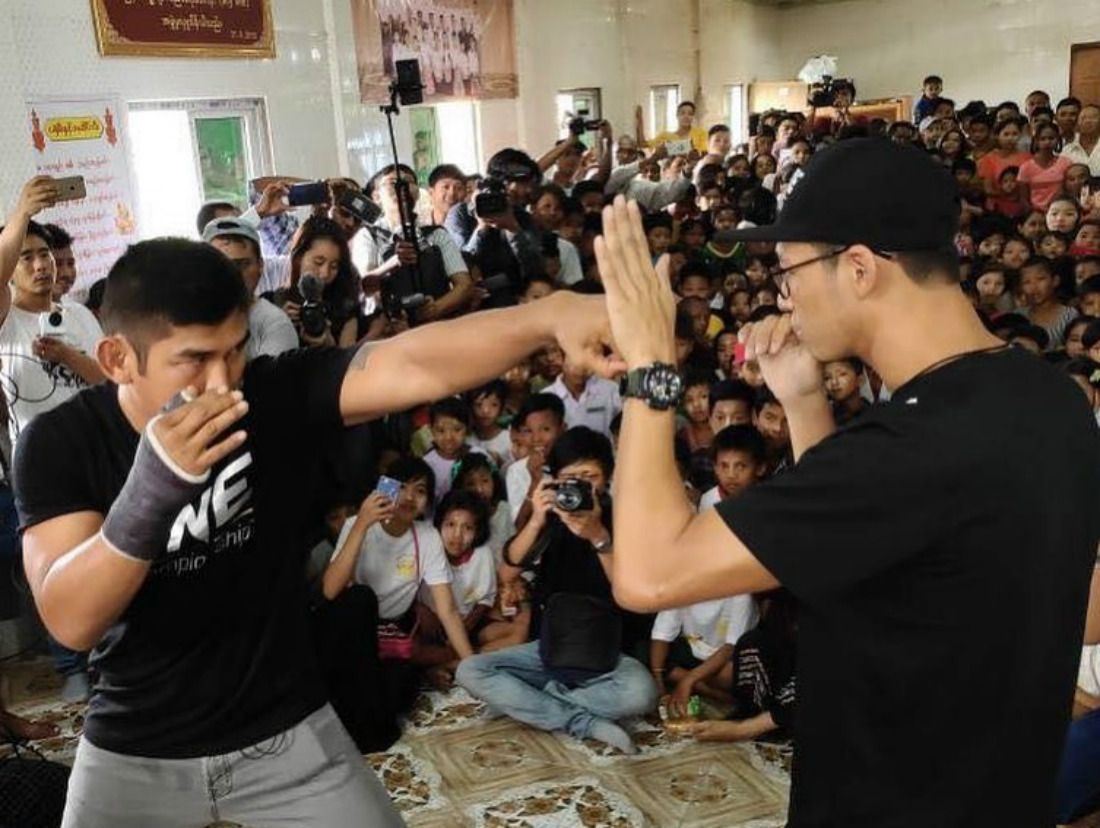 During their visit, the two Myanmar-bred athletes met the children and encouraged them to conquer their goals. The superstars also answered their questions enthusiastically, explaining why education is important in life. In the end, they held pads for the children and demonstrated martial arts techniques.

Because of the project’s immense success, myME will expand its program to Mandalay, Mawlamyine, Myingyan, and Kyaukse in an effort to educate more at-risk youth and give them the opportunities they need to prosper.

To “The Burmese Python,” that is music to his ears.

“Education is of vital importance,” the 34-year-old states. “[I want to say] thank you to the myME project for contributing to the education sector as much as possible, and for their offering to participate in today’s program. You are the real heroes of this community.”

Aung La N Sang recently made waves with his second-round TKO win over Brandon “The Truth” Vera in his ONE Light Heavyweight World Title defense at ONE: CENTURY PART II in Tokyo, Japan.

Phoe Thaw has also emerged on the global stage. The 35-year-old made a name for himself in the ONE Myanmar Featherweight Tournament 2016, where he defeated two opponents in one night to become the tournament champion.