Newly appointed ONE Championship Thailand President Jitinat Asdamongkol is a lifelong martial arts enthusiast, as well as a highly accomplished frontrunner in the Thai media and entertainment industry.

Despite a flourishing career as a content innovation director, Asdamongkol could not get martial arts off the brain. What started off as a side project lead the ambitious Thai down a rewarding, yet challenging path.

Here are five things you need to know about ONE Championship’s new Thailand President.

#1 He Is Well-Traveled & Highly Educated

When Asdamongkol was 12 years old, he moved from Thailand to England to attend boarding school.

“It was very different — not just the curriculum and styles of teaching, but the culture,” he said. “The experience shaped me to be who I am today — my way of thinking and my attitude in life, and it also gave me the ability to be more independent.”

From there, he went to the United States and received his Bachelor of Arts in Social Science from Clarkson University in upstate New York.

After returning to Thailand to start his career in the country’s media and entertainment industry, Asdamongkol concurrently finished his Master’s of Entrepreneurship Management from the College of Management Mahidol University in Bangkok.

A good day of seminar on basic self-protection for women utilizing some drills and exercises from Muay Thai, MMA with Combative mindset Many thanks to the TMMAF & Ignite team and UTCC with good sponsors such as #ธนาคารออมสิน & #BadBoyThailand for helping to educate the public about MMA. @ignite_fight_club

Asdamongkol worked his way up from a small creative agency to becoming the Managing Director of Content Innovation for his family’s main company, JSL Global Media.

During that time, he worked in many different departments including corporate marketing strategy, digital content, and social media.

“I liked the whole journey, to some degree,” he said. “For me, it was like a jigsaw, and each piece of the jigsaw expanded my capabilities and my views on both life and business.”

Prior to joining the company full-time, “Plai” was instrumental in helping to set up ONE Championship’s first live broadcast in Thailand on Thairath.

#3 A Martial Arts Journey Dating Back To Childhood

Asdamongkol’s very first experiences in martial arts can be credited to his mother. After being bullied in school, his mom hired a Muay Thai instructor to come to the house and teach him in the ways of “the art of eight limbs.”

“My mom taught me that everyone — regardless of who you are or how gentle you are — needs to have fangs and claws to be able to take care of yourself,” he recalled.

Although the bullying continued at boarding school, he made a friend who trained in taekwondo. The two young boys originally started off by mimicking moves they saw in action movies, but that laid the rest of the foundation for Asdamongkol’s martial arts journey.

Since then, he has trained in nearly every martial art imaginable. He has even competed three times in amateur mixed martial arts.

Shannon Oneshin and Mitch the Dragon Chilson of ONE Championship – Both MMA Fighter and Commentator!

As a founding member of the Thai Mixed Martial Arts Federation (TMMAF), Asdamongkol helped to establish standardized rules and regulations, as well as develop the sport on a grassroots level.

Wanting to combine his passion with his career, he also started a martial arts reality television show that was aired on TrueVisions. His goal of wanting to positively expose mixed martial arts to the mass population in Thailand saw massive success.

Asdamongkol later joined forces with ONE Championship power couple Shannon “OneShin” Wiratchai and Rika “Tiny Doll” Ishige to create the OneShin Cup. The aim of the promotion was to elevate the level of amateur competition in “The Land Of Smiles,” all while showcasing high-level production value.

“For me, it was a pastime that ended up becoming a duty,” he offered. “I just genuinely wanted to see the sport grow.”

Understanding the challenges of raising the bar for mixed martial arts in Thailand, Asdamongkol messaged ONE Championship Chairman and CEO Chatri Sityodtong via Facebook after hearing the world’s largest martial arts organization was coming to Thailand.

Since then, “Plai” has been instrumental in elevating the popularity of ONE Championship in “The Land Of Smiles,” whether it be through his media connections or knowledge of martial arts.

Now in his new position, Asdamongkol is ready to take Thai mixed martial arts to the global level.

“My goal is to create a strong, healthy, and sustainable ecosystem for martial artists to succeed in Thailand,” he explained. “I want ONE Championship to be seen as more than just a promotion, but as a champion of martial arts and show the world how it can transform people.” 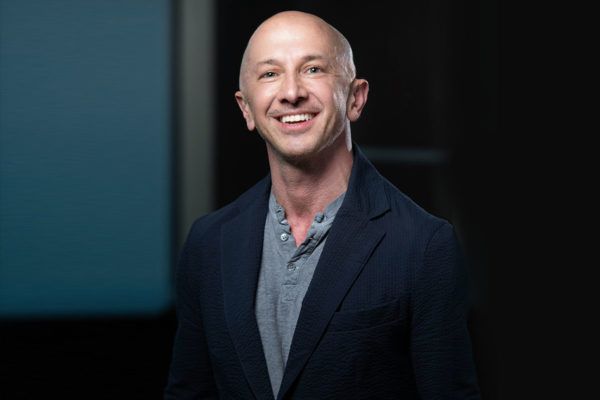