As we head into Tokyo, Japan for ONE: CENTURY, I’d like to revisit some great moments from our shows there.

Japan has been featured in four different ONE Warrior Series (OWS) episodes so far. It’s a beautiful country with a strong tradition of respect, sacrifice, discipline, and honor – many values of which I personally subscribe to.

Also, it’s one of the few places in the world where the people truly honor their martial arts values with dedication and practice.

Every OWS episode has its own takeaways, and our visits to Japan were both memorable and significant.

I remember filming with one of our first Japanese competitors, Kimihiro Eto. This episode served as a study of contrasts because Kimihiro had his martial arts roots in American freestyle wrestling, whereas I started out in Shōrin-ryū – an Okinawan style of karate. We took turns to reconnect with our roots in martial arts in Japan.

We traveled to Miyazaki, where Kimihiro made a name for himself and became a national wrestling champion while he was in high school. It was a moment of personal reflection for him, thinking about the times of his early training and how it eventually led him down this path towards OWS.

A goal that I always had was to someday travel to Okinawa and train in a Shōrin-ryū karate class. Once I picked up mixed martial arts, however, this goal kind of fell by the wayside, so I took this opportunity in Japan to finally check that off my to-do list.

Even though I’m a second-degree black belt in Shōrin-ryū karate, I hadn’t put on my gi since I was in college, if I can honestly recall. Extra special was the fact that the class we were training in had a direct lineage to Shōshin Nagamine, the founder of the Shōrin-ryū karate style.

Attending this class was a surreal moment for me. It felt like going back in a time machine. I was instantly transported to my early days of training where I was simply focused on just becoming better every day, with little thought about the future or what I would have eventually accomplished in my career.

Needless to say, I experienced a wave of emotions and found this to be one of my most memorable moments in OWS so far.

In another episode, we took Ryuto Sawada to a sumo and samurai class. Much like how the earlier theme was about contrasts, our experiences with Ryuto were also a juxtaposition in size — especially when it came to sumo class.

Putting Ryuto against the backdrop of some of these gigantic sumo wrestlers, we wanted to see how he would react.

Until I stepped into the pit to train with these guys, I had no idea just how big they were. We’re talking about men that stand at six foot five and weigh 200 kilograms. They are massive human beings, even for someone like me standing next to them, much less a smaller athlete like Ryuto.

While Ryuto might not have the comparable stature, he had a big heart and I think it showed when we got down to the nuances of sumo training.

To the uninitiated, sumo looks fairly basic — just huge guys running into one another and pushing each other out of a circle. However, when we got down to actually learning the techniques, like proper stance and movements, we began to better appreciate the sport.

The art of sumo is still basic, but it revolves around nailing those fundamental techniques to become great at the sport. There are only so many techniques you can do with grabbing the mawashi, which is the loincloth that is worn by sumo wrestlers, or even pushing against the opponent’s chest, which they call oshitaoshi.

There is a lot of discipline involved when it comes to sumo. These wrestlers abide by strict routines and live in communal sumo training stables. It’s all about daily regurgitation and repetition, which requires an unbelievable mental focus and fortitude.

Then, in samurai school, we tried our hand at tameshigiri, the Japanese art of test cutting. There were several posters on the wall demonstrating the variants, and I immediately set a goal that by the end of our session, I wanted to, at a minimum, achieve the double cut technique.

While I may have said that somewhat jokingly, I did, in fact, end the day by being able to successfully execute the double cut on a roll of tatami mat. I don’t think it’s a stretch to consider that if I had committed to something like kendo or maybe sumo, I could become really good at it.

I was successful as an athlete because I never shied away from the tedium and monotony of practice. What would eventually bore others instead was a source of motivation for me — to keep improving and get better at whatever I practiced.

In my case, that was martial arts, and I can only conclude that my work ethic helped tremendously in making me into the World Champion that I became.

Not every experience in OWS needs to be a revelation.

Sometimes, it can just be fun, wholesome moments. Going shopping with Akihiro Fujisawa in the famed Harajuku fashion district immediately comes to mind.

Talk about contrast yet again, and I can’t stress how different our fashion tastes are. Akihiro is obviously quite a fashionista — he rocks his own style pretty comfortably.

Anyone who knows me pretty much can tell I’m not a fancy dresser. I can get by any given day with a clean, pressed white t-shirt and a pair of jeans. When it came to our little fashion show challenge, Akihiro ended up picking out for me a short pair of leopard print shorts and a white button-up shirt.

It’s hard to envision me wearing anything remotely close to that in my daily life, so I felt really out of place. Yet walking around in Harajuku for a while, it didn’t feel like I stood out much at all.

People there are very comfortable in dressing up and sport the most unique-looking fashion sense that I have been around. Fortunately, I blended in relatively easily and quickly. Needless to say, it was quite a funny sight.

All three instances are a mix of funny and insightful experiences. This is what makes OWS so special — it’s about testing your own boundaries and people coming together in celebration of our differences. What you get from these experiences are memories and friendships that will last for a long time.

Now that we are headed back to Japan for OWS 8 and ONE: CENTURY, I’m excited to see what this experience brings, and hopefully get the chance to share them with you soon.

Don’t forget to watch ONE Warrior Series 8: Japan Vs. The World on the ONE Super App this coming Saturday, 5 October. 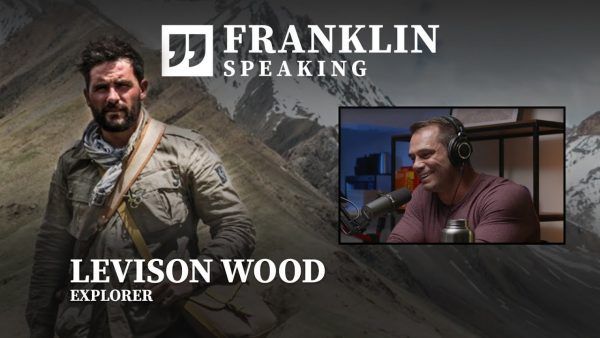 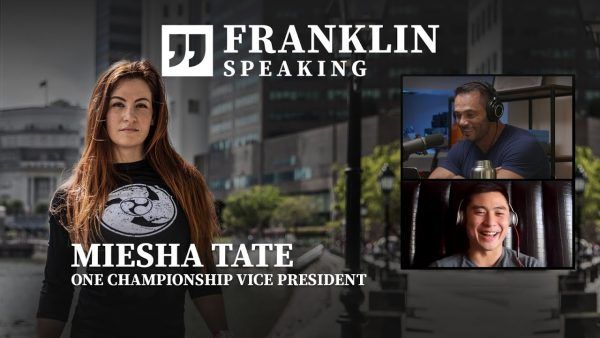