In one of the most exciting matchups of the evening, Yodsanan Sityodtong of Thailand and Ramon Gonzales of the Philippines put on a spectacular show to the roar of a packed Impact Arena on Saturday night, 11 March.

The matchup was scheduled for three rounds in a catchweight bout on the main card of ONE: WARRIOR KINGDOM in Bangkok, Thailand, and the two fighters certainly did not disappoint.

Sityodtong, a former boxing world champion nicknamed “Little Tyson” is known for his powerful fists. Gonzales, a Kyokushin karate standout who trains out of Manila, knew he had to stay away from Sityodtong’s heavy hands at all costs.

Gonzales began the bout looking to keep Sityodtong out of range, pushing the Evolve MMA fighter back with thudding head and inside leg kicks. A shot attempt was successful for Gonzales, as he was able to latch on to a single leg to drag Sityodtong to the mat. 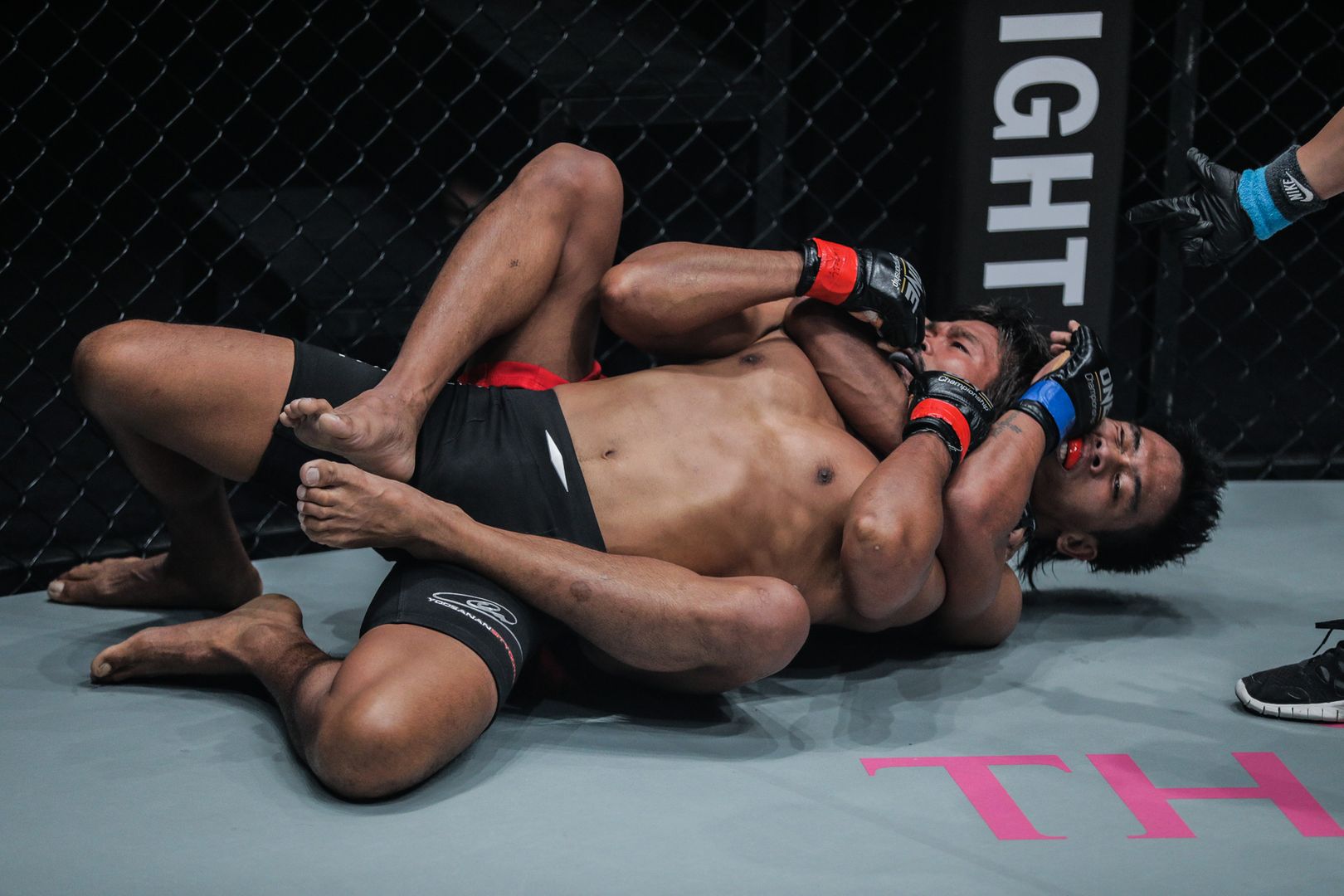 Once on the ground, the Filipino fighter made it known that he owned the advantage in the grappling department, controlling Sityodtong from the top for the remainder of the first round. He nearly secured a rear-naked choke victory, too, but Sityodtong was saved by the bell.

In the second round, however, Gonzales seemed to have emptied his tank in the first five minutes of the fight and looked exhausted. Although Sityodtong was also quite spent from the preceding exchanges, he appeared to have just a little more left to finish the fight.

With both fighters on their knees trading punches at the center of the cage, Sityodtong and Gonzales threw caution to the wind and decided to just tee off, unloading a barrage of heavy-handed blows on each other to the delight of the capacity crowd. 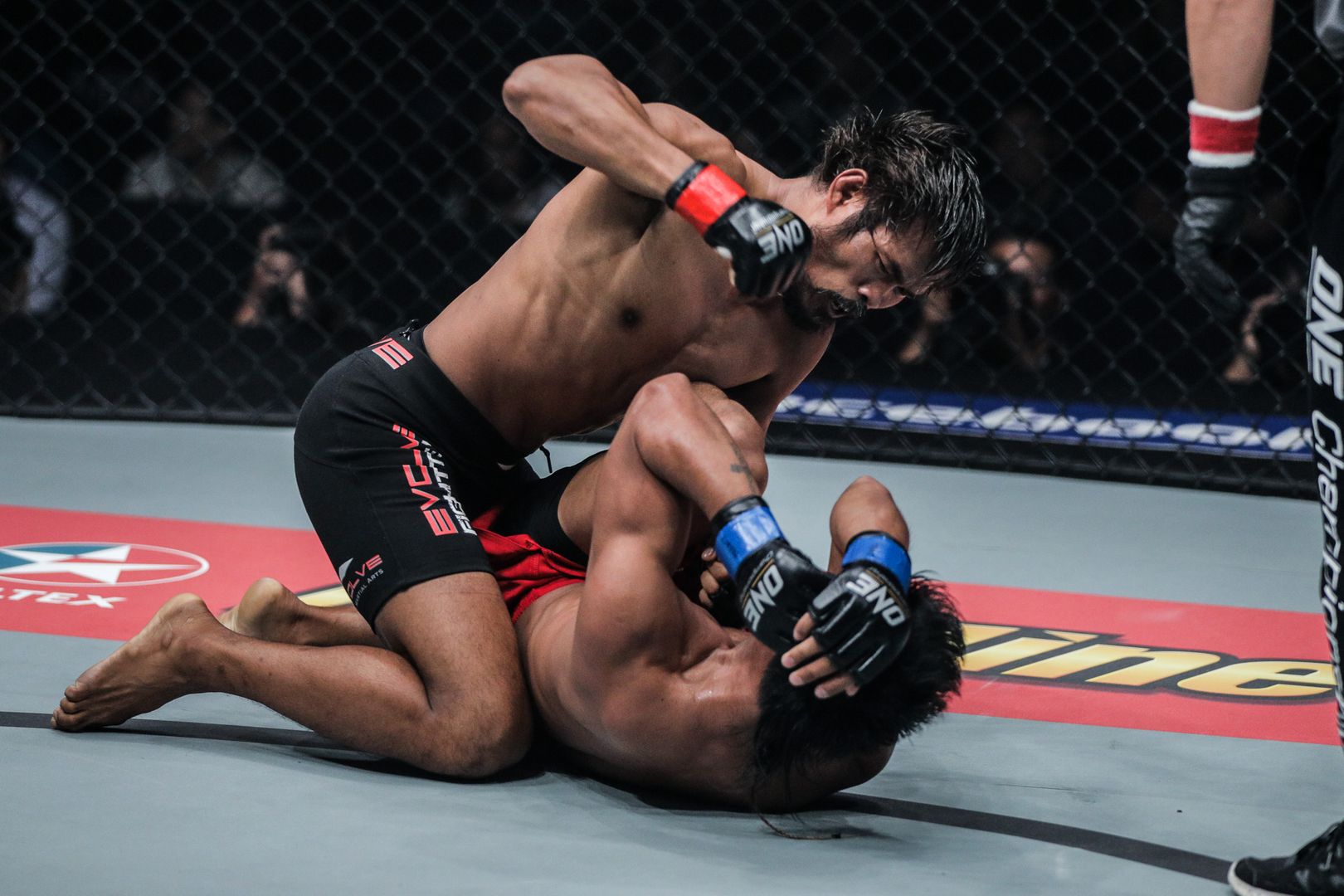 After Sityodtong and Gonzales were finished with their skirmish, the Filipino fighter was completely spent and could no longer continue. Gonzales then waved to referee Yuji Shimada, bowing out of the contest.

The end came officially at 3:21 of round two, as Sityodtong was awarded the submission victory via verbal tapout.

With the win, Sityodtong improved his record to 3-1 while Gonzales drops to 1-2. It was Sityodtong’s second-straight finish, after stopping Chrech Kosal in the first round at ONE: KINGDOM OF CHAMPIONS, also in Bangkok, last year.