Yodkaikaew “Y2K” Fairtex used an array of low kicks to keep his ONE Championship record spotless on Friday, 28 August.

The 29-year-old scored a TKO stoppage of Alex Schild in the third round of their flyweight mixed martial arts matchup to kick off the action at ONE: A NEW BREED in Bangkok, Thailand.

In the opening round, Yodkaikaew immediately pressured Schild with high and low left kicks, as well as his wild left hand. The Thailand-based American tried to match his rival’s head kick, but “Y2K” evaded, and the Tiger Muay Thai athlete fell.

With Schild upright, the Fairtex representative turned up the power with straight lefts. The American, sensing danger, shot for a single-leg takedown, but Yodkaikaew stuffed it and maneuvered into a guillotine choke. However, in a reversal of fortunes, Schild took “Y2K’s” back and lifted him over his shoulder for another takedown.

Schild tried a variety of submissions, including his trademark rear-naked choke. But “Y2K” defended well, turned into his rival, dropped punches from the guard, and stepped away to force the American to stand back up. Once on the feet, the Thai strategically unloaded his punches and more of his leg kicks. 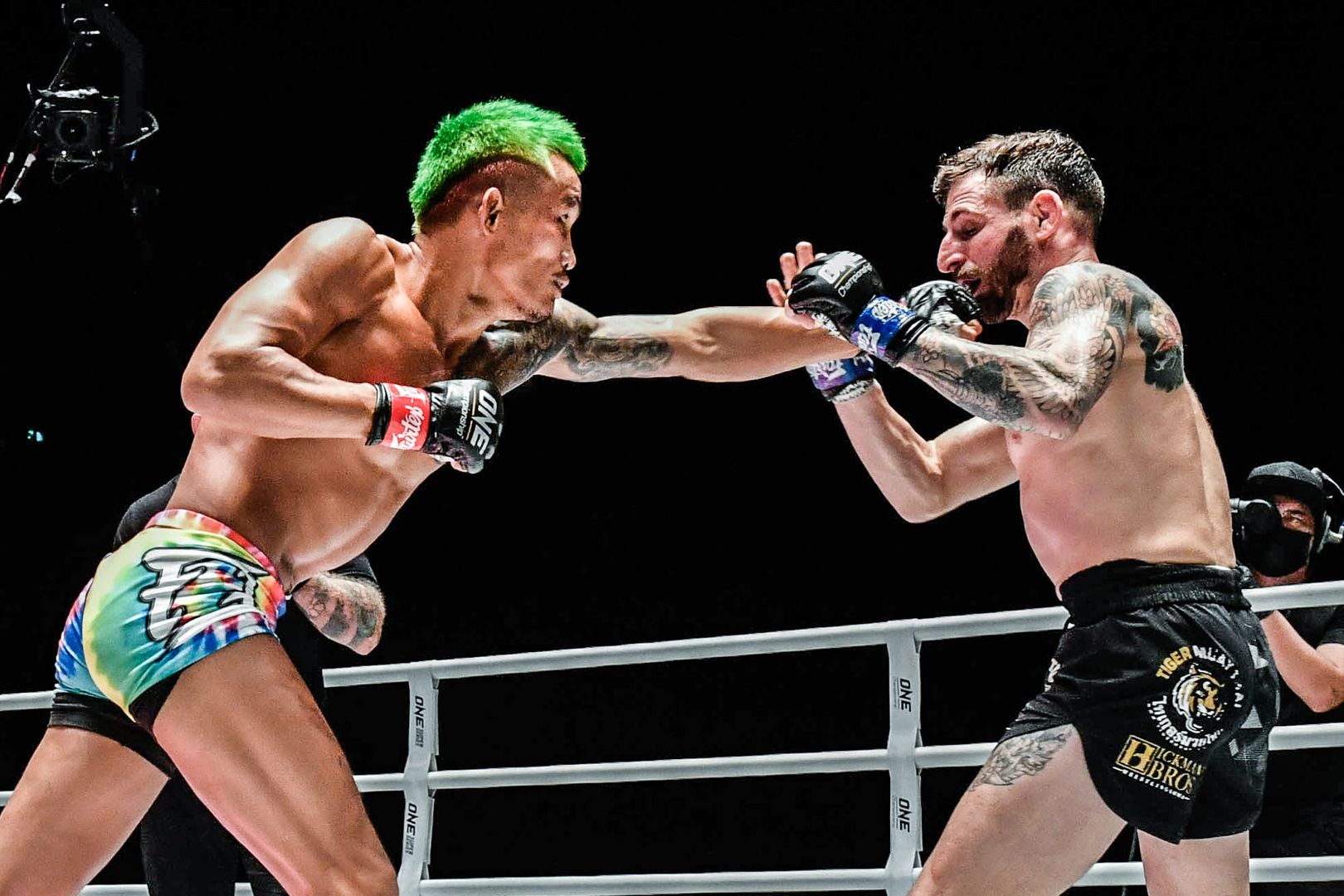 Schild tried to stifle his rival with a takedown early in round two, but all the energy he used in the opening stanza depleted him. Yodkaikaew stuffed the attempt, stood back up, and motioned for the American to follow him.

When Schild rose, the Fairtex representative began to hammer in straight lefts and low kicks. Almost every time “Y2K” landed a low kick, Schild found himself on the canvas, and then the Thai would wave him back up. That would be the theme for the rest of the period.

In the third and final round, Yodkaikaew went right back to the low kicks, landing three of them before the Tiger Muay Thai grappling wizard shot for a takedown.

“Y2K” brushed off the attempt and then knocked down Schild once more with an inside low kick. The American could only lay there, and the Thai landed four more low kicks before the referee stepped in to wave off the bout at the 1:21 mark of round three. 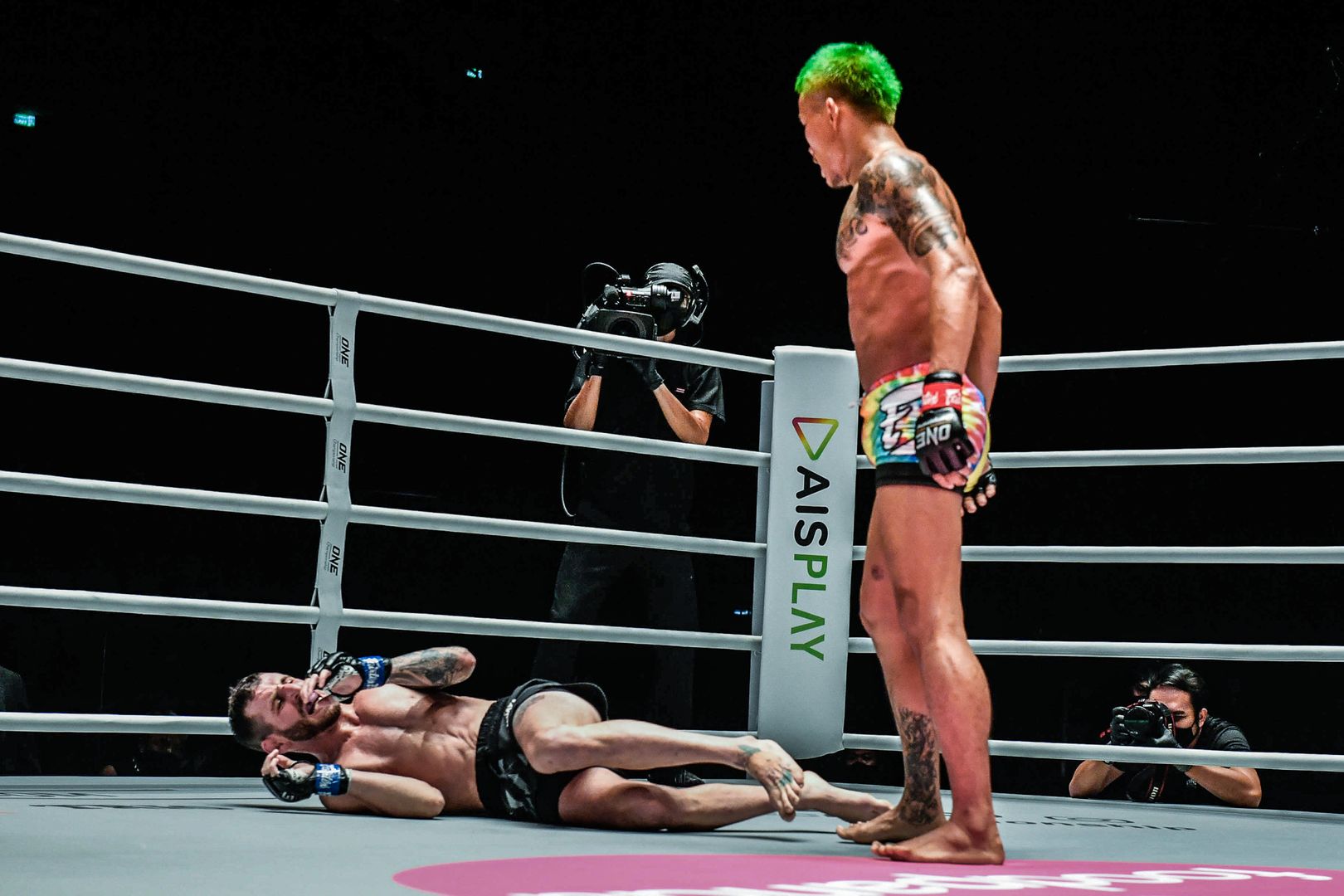 The win bumped Yodkaikaew’s mixed martial arts record to 6-2-1 and proved that with his solid takedown and submission defense, he could be a real threat in ONE’s flyweight division. 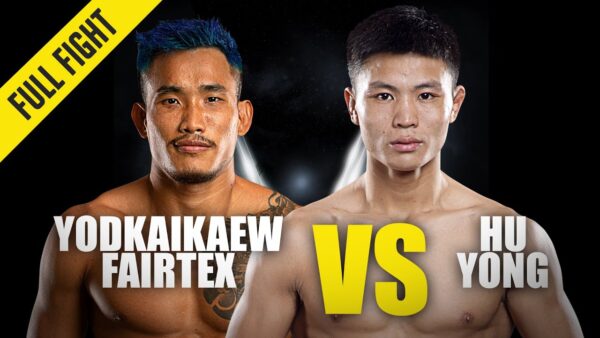