Xie Bin may still be a young lion, but he is constantly growing and cultivating his talent.

On Friday Night, 2 December, the Chinese bantamweight prospect will attempt to snap his two-fight losing skid when he battles Mario Satya Wirawran at the Mall Of Asia Arena in Manila, Philippines.

The 18-year-old ground specialist does not plan to just win, however. He plans to finish the Bali MMA product as quickly as possible, all while displaying his vastly-improved skill set.

“As a fighter, we always have something to prove — first to ourselves, then to our opponents, and then to the world. However, it has to be in that order. If Mario goes out there trying to make me his victim, he will be victimized,” Xie states.

“I will not allow the judges any chance to dictate my record this time around,” he continues. “I will end the fight early in any form or fashion. I will also showcase my evolution as a mixed martial artist.”

Though Xie always possessed immense talent, his lack of discipline seemed to cost him in the past. In reality, it limited his potential and dwarfed his development.

His newfound passion for the martial arts and a promising opportunity with ONE Championship has kicked his motivation into high gear, and has allowed him to concentrate on achieving his primary objectives.

“I’ve also started to realize my limits, how much room for improvement there is, and how much still needs to be accomplished both in life and inside the cage,” he says. “Humility has kept me grounded. Before MMA, I had no goal in life. Now, I do.” 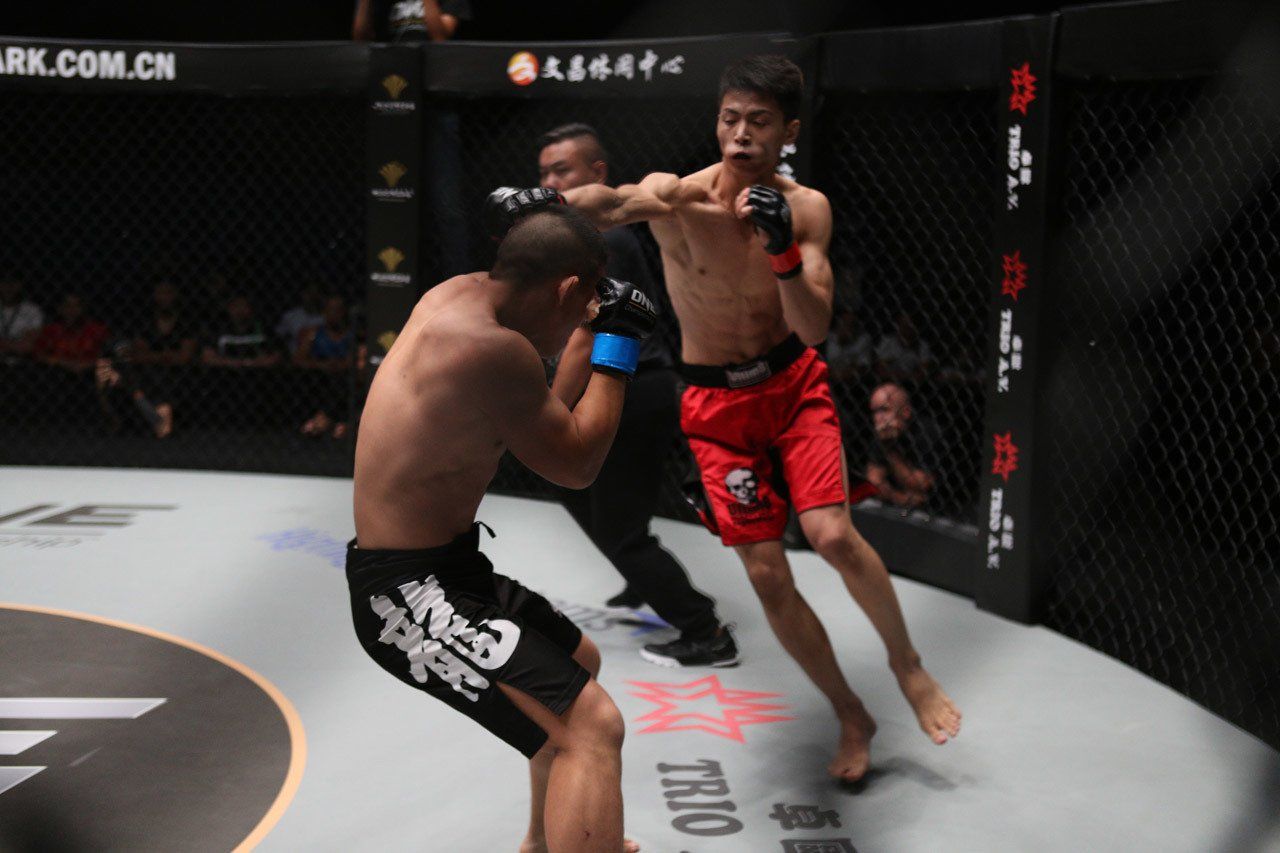 Born in Shaoyang, a city in China’s Hunan province, Xie’s parents relocated south to the Guangdong province in search of better careers. They left their son to be raised by his grandmother, his uncle, and his aunt. He was close to his grandma and loved his family dearly, but not being able to live with his parental figures affected him.

Aside from isolating himself, Xie lacked discipline, as he rarely studied and received poor grades in school. He also had a mischievous tendency. For instance, he often snuck onto a local farmer’s property and got caught picking fruit from the trees, yet continued this pattern of behavior without a care in the world.

In an effort to curb his mischievous behavior and instill a sense of responsibility, his parents enrolled him into the Hunan Sports Vocational Academy when he was 11. A neighbor entered the school, too, and introduced the young boy to wrestling. Xie was hooked, and finally found an outlet.

Despite his love for grappling, he was maturing and thinking about life as a post-graduate. He was not planning to become an Olympic wrestler. In fact, he recalls that he wanted to be a businessman.

That changed when he saw an MMA video online years later. It was the first time he ever saw mixed martial arts, and he fell in love with the sport instantly.

“After watching the clip,” he says, “I realized fighting is what I want to do in life. I wanted to be a fighter.”

Xie left the confines of Hunan, the only place he had ever known, in October 2015 and traveled north to the coastal city of Tianjin to train with Tianjin Top Team. Although he was attracted to the idea of adding skills to his wrestling base, he was allured to the fight gym because an old friend. A certain ONE featherweight prospect was advancing his career there.

“I went to the same school with Li Kai Wen, who is three years older than me, and he had a couple MMA fights under him, so I contacted him. At the time, he was already training at Tianjin Top Team,” he recalls.

“Prior to going there, I was strictly a wrestler who had no other skills. After joining, I started learning how to punch and kick from the basics. I do believe that I am on the way to becoming a more complete fighter.”

Not only has his punching and kicking improved, but he developed a formidable submission game. Working under Luciano Queiroz, a disciple of Edson Carvalho, he holds a blue belt in Brazilian jiu-jitsu and it has been a seamless transition into the gentle art.

“Because of my wrestling background, it was very natural for me to gravitate towards BJJ, which involves groundwork and grappling,” Xie offers. “It is like they both speak Chinese, just in different dialects.” Nine months after arriving at Tianjin Top Team, Xie made his MMA debut as part of a one-night tournament at ONE: DYNASTY OF CHAMPIONS in Hefei, China. He defeated Ma Shuang via split decision, but dropped the next contest to Wang Ya Wong via unanimous decision.  A month and a half later, he took his third bout against Casey Suire, which he lost by split decision.

Xie has back-to-back losses heading into his fight with Mario Satya Wirawran, and he knows he has to give his very best this time around. His back is against the wall, especially since he is a young prospect in ONE, and he wants to make the most of this opportunity. He feels the pressure, but he usually thrives in those type of situations.

“Pressure actually equates to motivation for me,” the young man says. “If I do not compare myself with other 18-year-olds out in society, the life I lead right now is all normal to me because it is my life.

“I made the decision to pursue MMA, and fighting in the premier MMA promotion in Asia at 18 is something that I regard as an honor that pushes me to train hard and to achieve my maximum potential.”