Victoria “The Prodigy” Lee charged out of the gates at breakneck speed and didn’t let up until she put “Little Sprouts” Wang Luping away in their atomweight mixed martial arts clash at ONE: BATTLEGROUND on Friday, 30 July.

The 17-year-old phenom dominated her Chinese foe on the canvas and then submitted her with a mounted triangle-armbar at 3:22 of the first round. 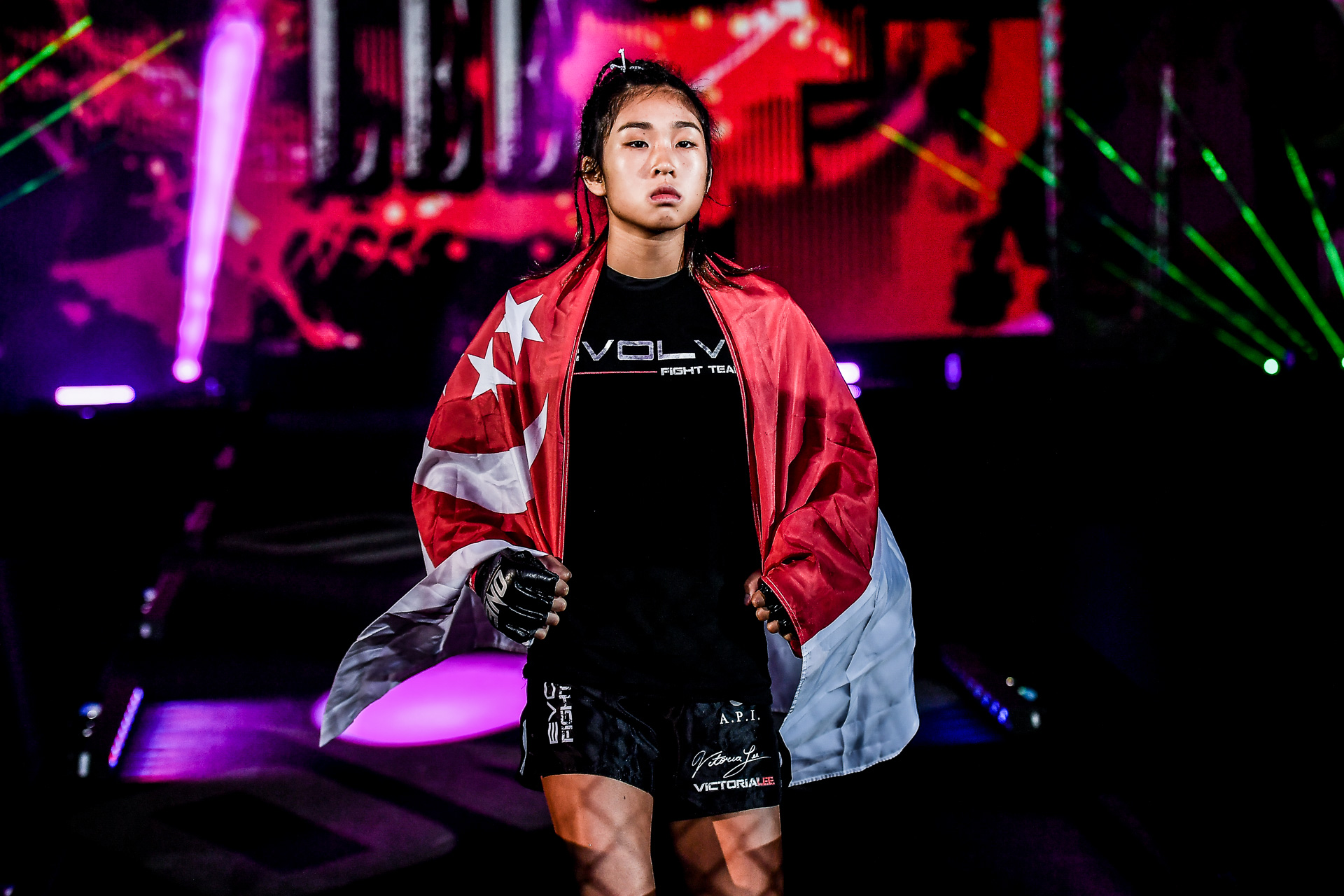 As soon as the opening bell rang, Lee got in Wang’s face and tried to work her way into the clinch. “Little Sprouts” did a good job of countering the attempt and briefly threw the United MMA and Evolve MMA representative to the mat, but Lee bounced back up and pummeled into a body lock.

A big slam followed, and that was when “The Prodigy’s” game plan went into overdrive. She moved straight into full mount and dropped an elbow on Wang, who turned and gave up her back.

Much like in her impressive debut at ONE: FISTS OF FURY in February, Lee effortlessly rode her opponent’s movements and secured back control. Though Wang did her best to fight off the Hawaii native’s grappling offense, she got flattened out and threatened with a rear-naked choke.

To her credit, “Little Sprouts” didn’t give up and tried to better her difficult positions. However, Lee was always a step ahead. When Wang turned to her back, she ate punches and elbows from mount until she was forced to turn away again. 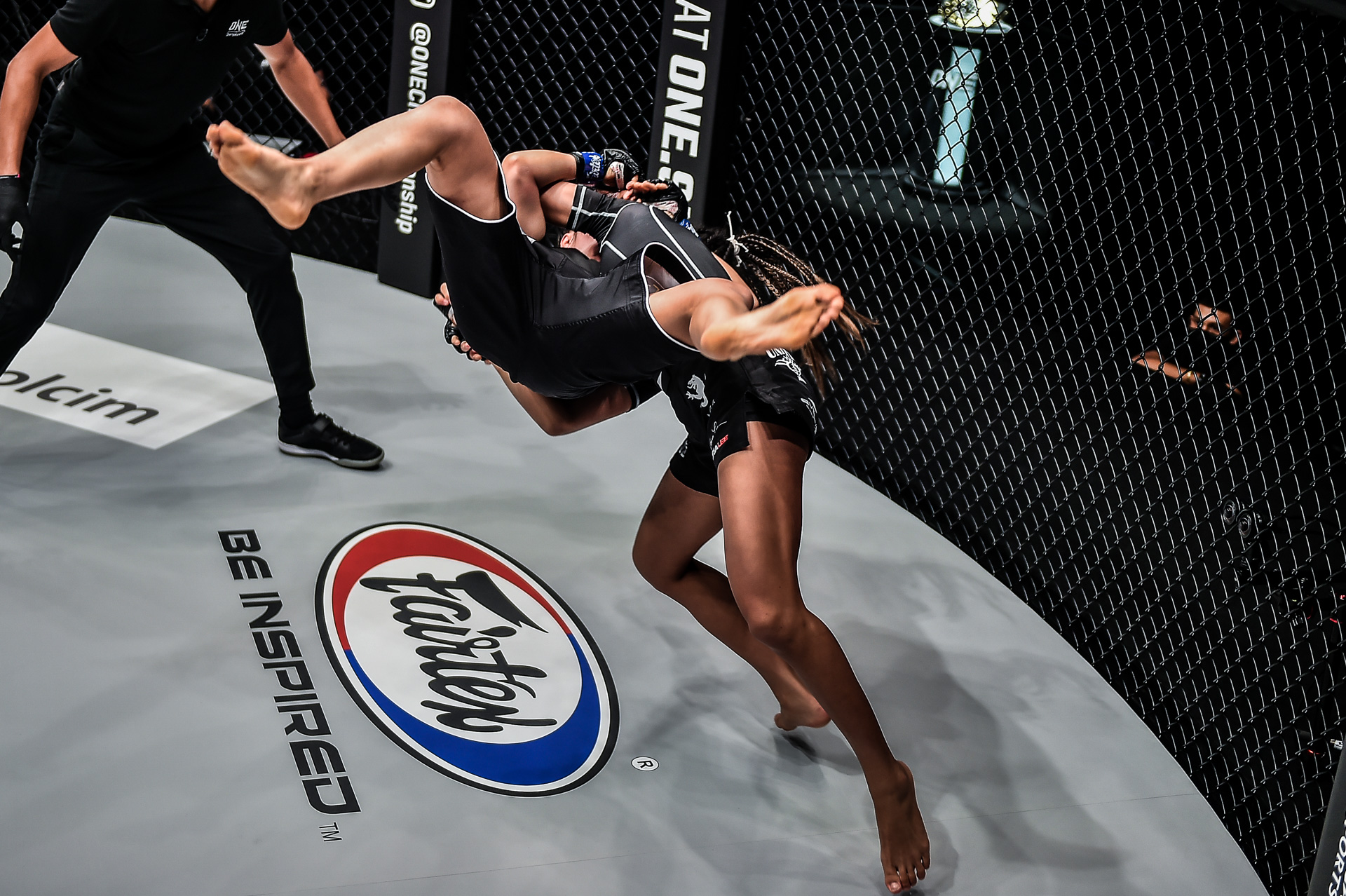 “The Prodigy’s” relentless search for the rear-naked choke didn’t bear fruit, but when her foe turned in to offer up the mount position again, she looked for a different finish.

Lee stepped her leg over Wang’s shoulder and cinched up a mounted triangle, where she dropped hard elbows on the Xi’An native’s head.

While she couldn’t tighten up the choke enough to get the tap, “The Prodigy” snatched up Wang’s arm with the triangle still in place and then dropped to a belly-down position to wrench on an armbar that finally caused “Little Sprouts” to wave the white flag.

With the one-sided win over a much more experienced opponent, Lee moved to 2-0 and then confirmed that she’d been targeting the first-round finish.

“That’s how our parents trained us, self-defense,” she said afterward.

“You don’t wait until the third round to start working – [you] go right after the bell, and that’s what I did.”