Victoria “The Prodigy” Lee was as good as advertised in her much-awaited mixed martial arts debut in ONE Championship.

The 16-year-old turned heads as she submitted Sunisa “Thunderstorm” Srisen via rear-naked choke in the second round of an explosive atomweight clash at ONE: FISTS OF FURY on Friday, 26 February. 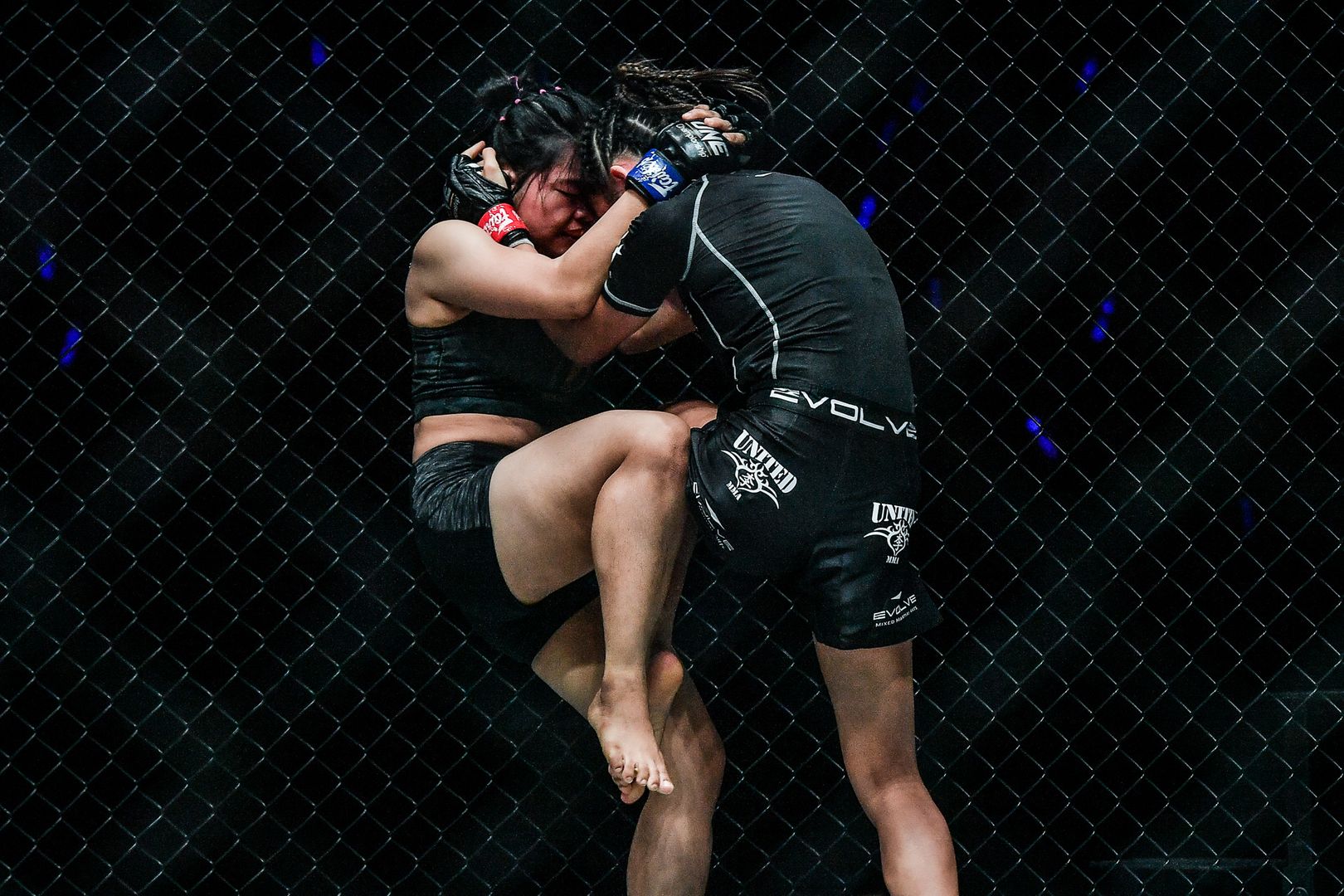 After the opening bell inside the Singapore Indoor Stadium, Lee came forward and popped Srisen with straight rights and lefts, sending the Thai into the Circle Wall where she then wrapped her foe up in the clinch.

However, Srisen proved that she’s no pushover and turned Lee’s aggression against her. The Thai connected with a hip-toss and landed in side control.

Srisen’s favorable position didn’t last long, though. Lee managed to work her way back to her feet, shook off a head kick, and weathered “Thunderstorm’s” barrage of punches before clinching her opponent once more.

From there, Lee showed the top-notch grappling that was expected of her. The youthful Singaporean-American took Srisen’s back and pulled her down to the canvas, where she landed punches to the head. While doing so, she flattened the Thai star out.

Srisen tried to trap Lee’s hands to avoid the rear-naked choke, but “The Prodigy” was crafty enough to switch tactics and landed punches and elbows as the first round ended. 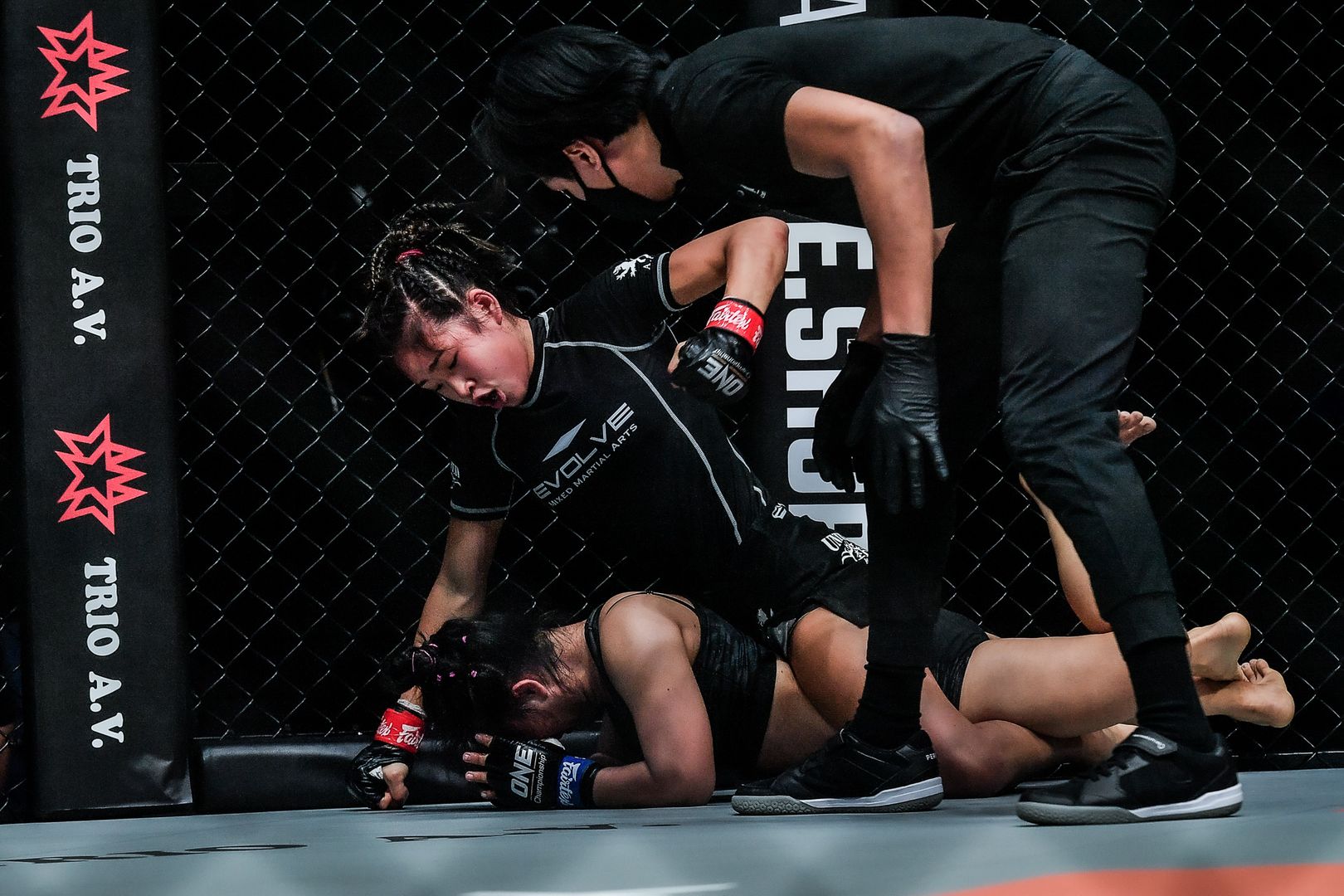 The second round began the same way the match had started. Lee stalked Srisen with a jab and straight rights – but this time, Srisen was able to fire back with hook shots of her own.

Lee, however, showed the grappling prowess that fans have seen from her older siblings. She again took Srisen’s back, flattened her out, and smacked on a rear-naked choke to force the Thai to submit at the 1:03 mark of the second round.

“I tried to finish it in the first round. When I went back to the corner, my dad said, ‘Hit the reset button,’ and I did what I was supposed to do in the second round,” Lee told Mitch Chilson after the bout.

“My first choice was to go for the ground and pound and finish, so when that wasn’t working, I went to the submission.

“Once I got her to the ground, I focused on my base, got my hooks in, saw her neck pop out, and I just squeezed.” 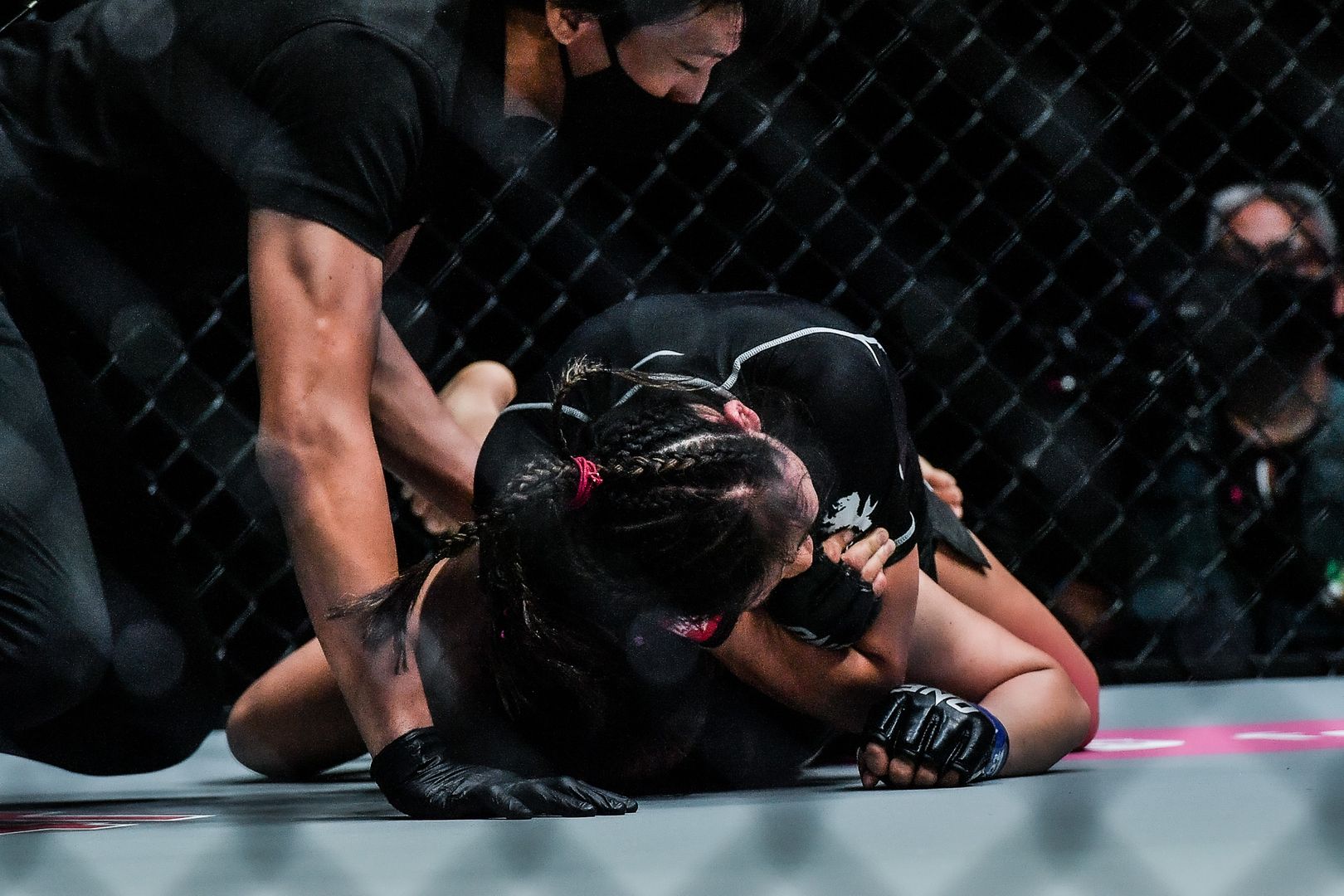