“The Terminator” Sunoto rose to the challenge, picking up a superb submission win over Kun Khmer specialist Rin Saroth!

Indonesian martial arts star “The Terminator” Sunoto continued his reign of dominance in Jakarta, Indonesia, with his sixth straight win on home soil at ONE: KINGS OF COURAGE.

On Saturday, 20 January, at the Jakarta Convention Center, Sunoto scored his second-straight stoppage victory in ONE Championship with an impressive submission of Cambodia’s Rin Saroth.

In a cagey opening period to the contest, Sunoto looked to find his way inside the kun khmer stance of Saroth, who took the center of the cage and looked to catch the Indonesian with strikes on his way in.

Cambodia’s Saroth may have a kun khmer record of 110-22, but he showed his grappling credentials by picking up an armbar victory on his ONE debut, and he looked to secure a second tapout victory when he surprised “The Terminator” with an inverted triangle choke attempt from his back after being slammed to the mat.

Sunoto stayed composed, however, and bided his time before Saroth abandoned the hold in the final minute of the round. Nonetheless, the message had been sent that the kun khmer exponent had plenty of grappling surprises in his locker against the kickboxing and jiu-jitsu specialist. 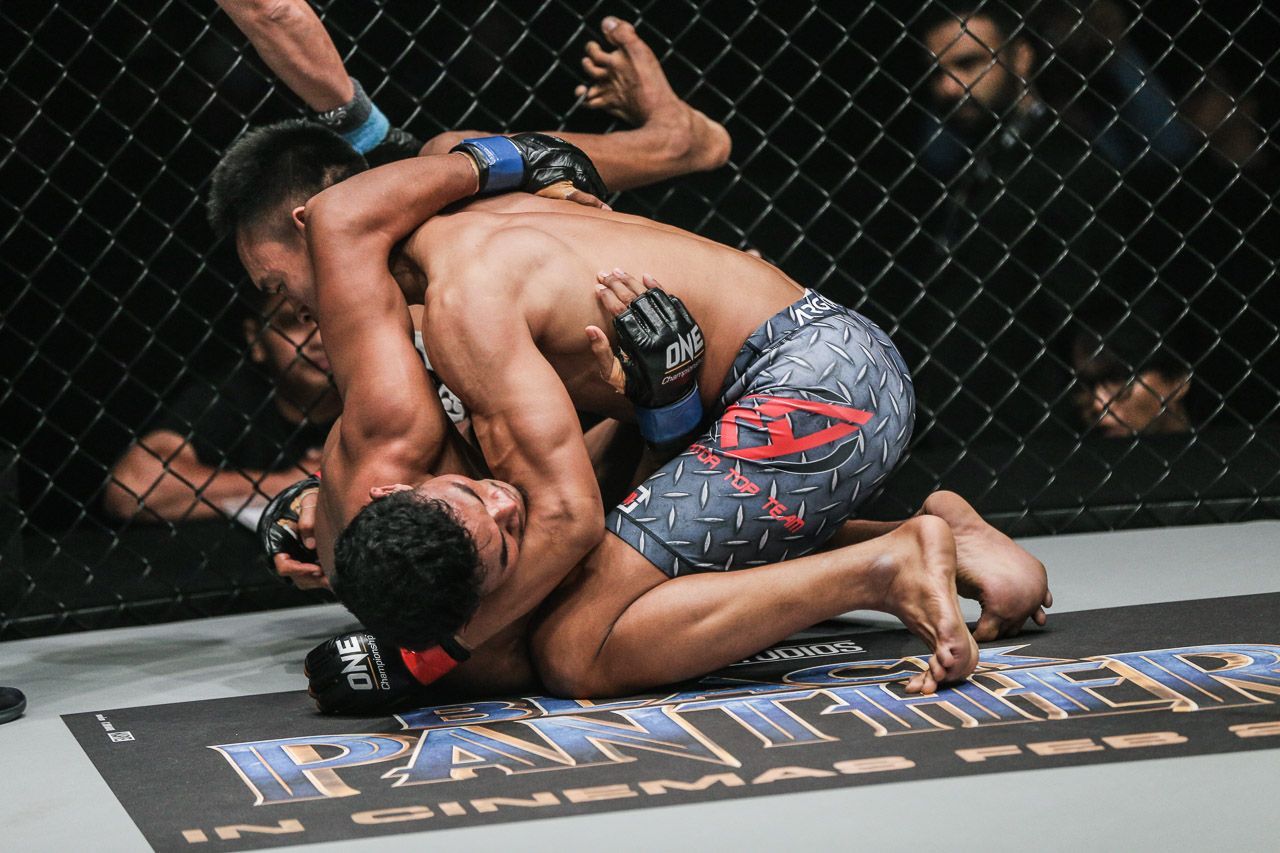 Despite the submission scare in the first round, “The Termintor” came out aggressively once again in the second stanza, immediately taking Saroth to the mat and working his way to side control.

With the hometown hero finally in a comfortable position on the canvas, Sunoto chased the finish, softening up Saroth with strikes before locking up an Americana to force the tap mid-way through round two.

After his win, he paid tribute to the Indonesian fans who helped roar him to victory, shouting, “It is time to get involved!”

It looks like Sunoto, who sees his record rise to 7-3, will be very much involved in the bantamweight picture as ONE Championship’s packed schedule progresses throughout 2018.