Unbeaten Indonesian martial arts hero Stefer Rahardian had a tremendous amount of success in the flyweight division. On Saturday night, he continued his incredible form down at strawweight.

On 12 May, in front of a roaring hometown crowd at the Jakarta Convention Center, Rahardian needed less than one round to dispatch Himanshu Kaushik at ONE: GRIT & GLORY.

While the Bali MMA-trained athlete has looked virtually unstoppable through the early part of his career, he decided that moving down a weight class was necessary, because he could not maintain his size as his training regime stepped up in intensity.

It seems like the move paid off, as the Jakarta native was just as dominant as ever while picking up his ninth career victory.

As the action got underway, Kaushik, a seven-time Indian national wushu champion, looked calm despite being in his rival’s territory. He fired away with a few stinging kicks, and tried to keep the submission-savvy Rahardian at distance.

He was not able to stay on his feet for long. As soon as Rahardian saw an opening, he rushed forward for a takedown, and brought the Indian crashing down to the canvas.

From there, Rahardian was a masterful technician. He transitioned to his opponent’s back, and began pounding away at Kaushik, who had to compromise his position to defend the attack. With nowhere left to go, the wushu expert was forced to roll over, which allowed the Indonesian to secure dominant position, and begin looking for the rear-naked choke. 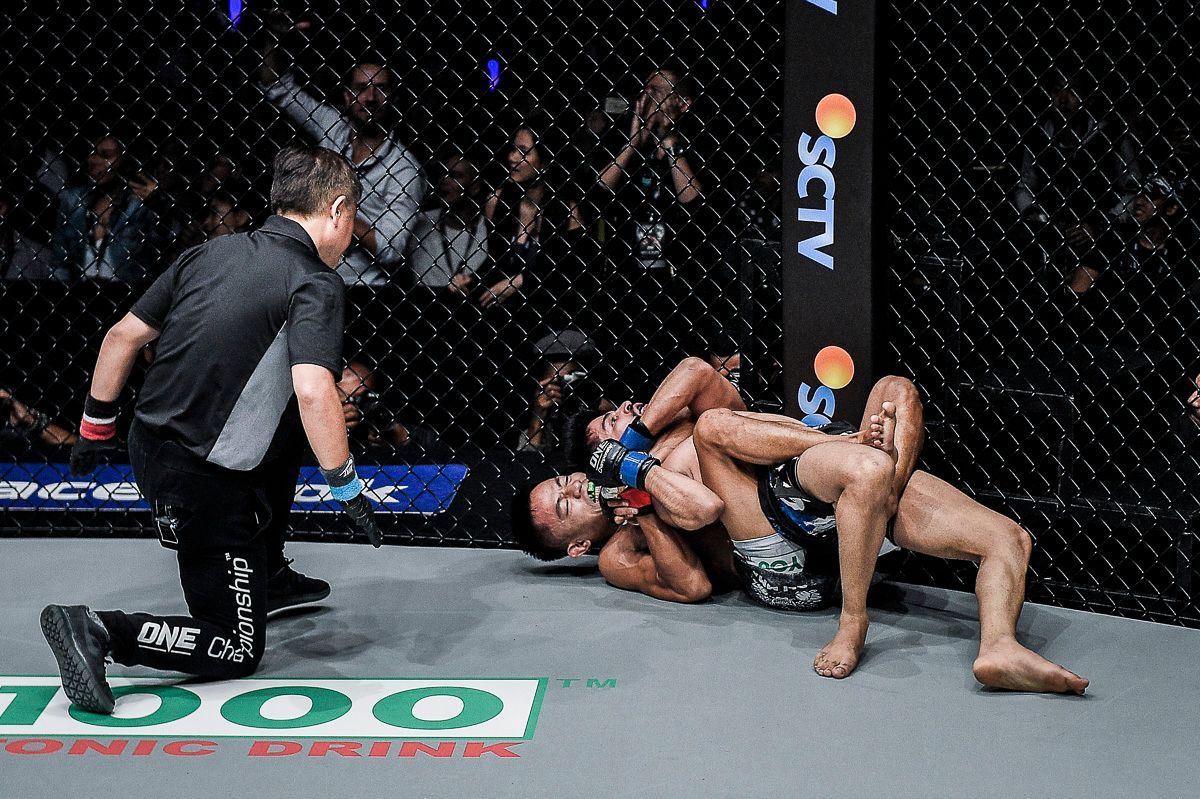 At first, Kaushik did a good job staying out of the submission as he peeled Rahardian’s hands away from danger. However, the Jakarta hero had no designs on allowing this match-up to work its way back to the feet, much less see the second round.

The second attempt from Rahadian saw him finally get his arm under Kaushik’s chin, and he cinched up the technique by quickly wrapping his other arm behind the Indian’s head.

This time, there was no escape, as Kaushik was forced to tap out. The end came at the 2:25 mark of the first round.

The win moves Rahardian to a perfect 9-0, and he officially kicks off his life as a strawweight on solid footing.