Both men had their share of success at ONE: BATTLEGROUND III in Singapore on Friday, 27 August, but a well-rounded performance from the South Korean saw him ruin the spotless record of Aung La “The Burmese Python” N Sang‘s protege. After a brief look at each other, the pair clinched up early in the opening stanza. Song responded to Tial Thang’s heavy knees by pushing him to the Circle Wall, but the man from Myanmar sent him sailing through the air with a beautiful hip throw.

“The Dragon Leg” couldn’t keep his man down for long, but he punished the South Korean veteran with a flurry of punches as he returned to his feet. Out in the open, Tial Thang repeatedly found a home for his hard straight rights and uppercuts, which helped him control the contest.

However, Song began to find his range in the toe-to-toe exchanges — before changing the complexion of the round completely. “Double Hearts” drove his rival to the mat, took his back, and then attacked with heavy ground-and-pound and choke attempts until the bell rang. 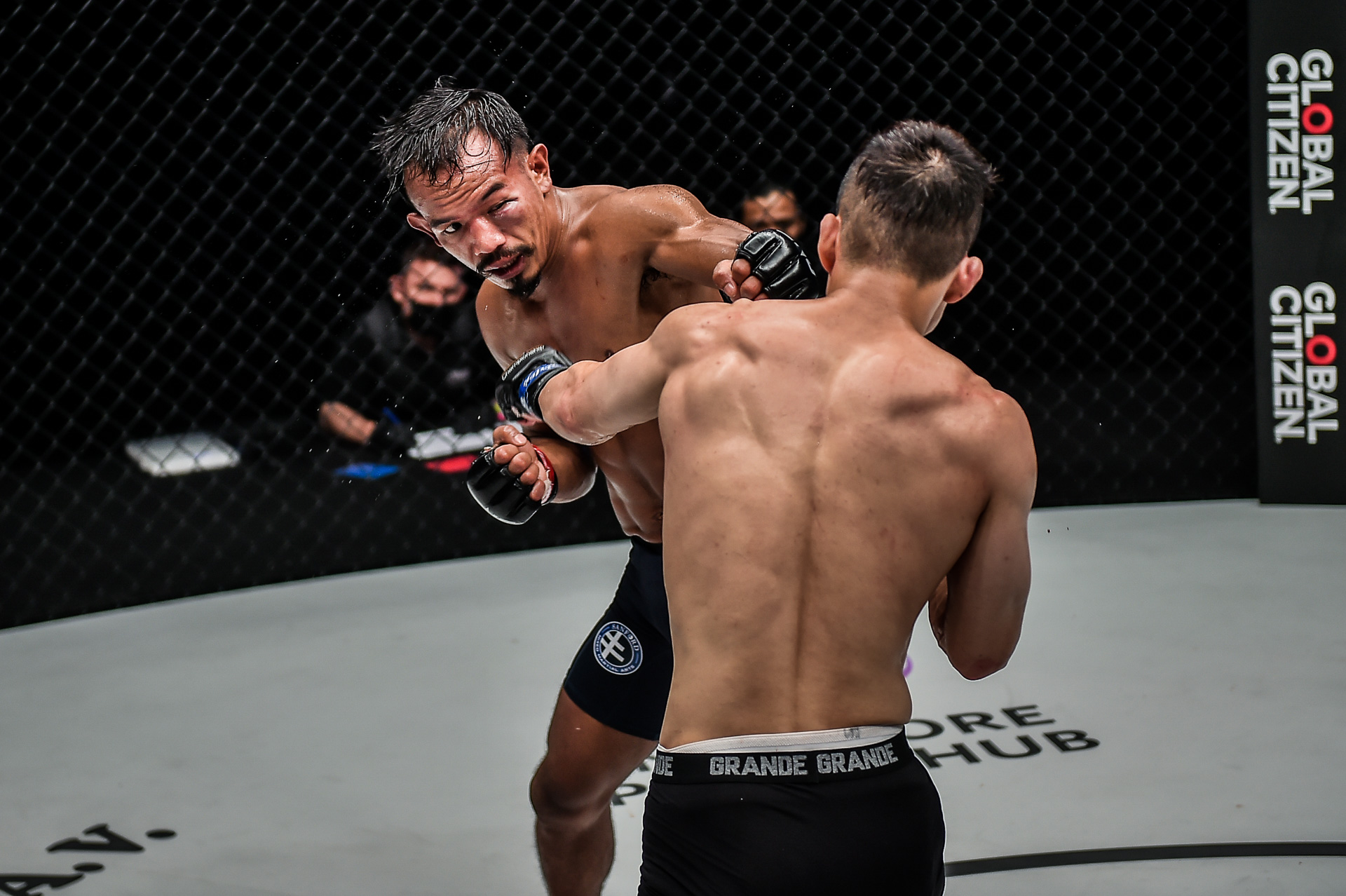 Song came out with an aggressive boxing attack to kick off round two. Tial Thang stood his ground and responded with hard counters until the Monster House representative stepped in with a knee. This allowed “The Dragon Leg” to trip his rival to the mat, but his adversary quickly recovered.

The gritty boxing battle resumed on the feet, but soon, Song pushed forward for a double-leg takedown off the Circle Wall. Tial Thang’s guillotine choke attempt failed, though he did find space to get up.

With renewed intent, he attacked the South Korean with hard punches and wobbled him with a left hand. Then, he landed a takedown and finished the frame with ground-and-pound from the top. Despite the late pressure, “Double Hearts” looked refreshed coming out for the final stanza. He paired his punching combinations with kicks, while Tial Thang replied with heavy right hands. Song pressed forward with his jab, peppering the Sanford MMA athlete and then shooting low for a successful takedown.

When “The Dragon Leg” worked his way back up, the pair jostled for position on the Circle Wall. Song’s best success came when he broke away and used his jab, but Tial Thang responded with a double-leg takedown. However, Song’s sweep turned the tide as he got on top and took his rival’s back in the scramble.

“Double Hearts” came close to locking up the rear-naked choke a few times, but the Myanmar native’s resilience kept him in the bout until the end. 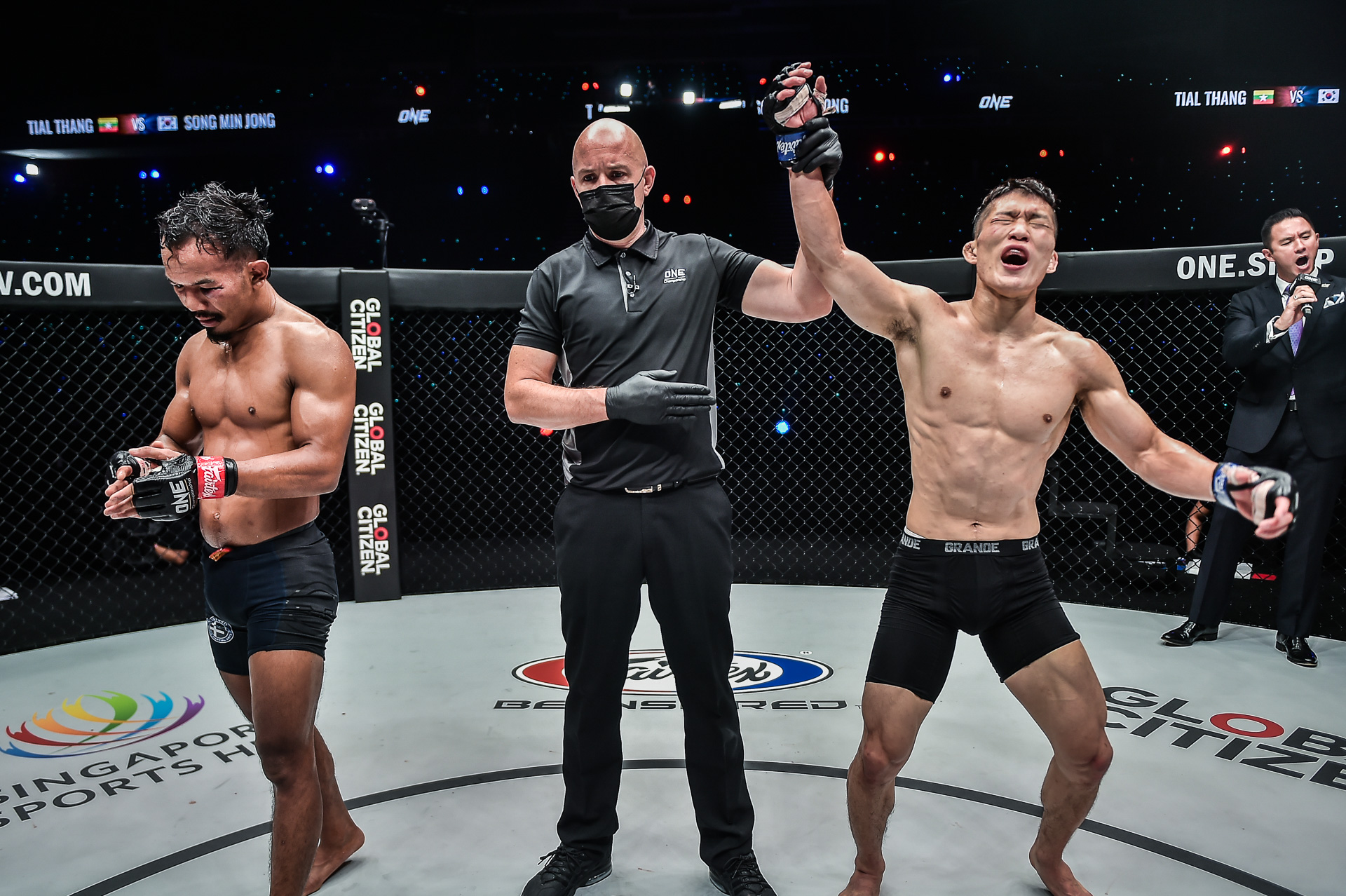 The late dominance from Song saw him edge ahead in the hard-fought battle. “Double Hearts” earned the unanimous decision nod from the judges, giving the South Korean his 12th career victory and handing Tial Thang his first professional defeat in the process.