Samara “Marituba” Santos has the chance to reinvigorate herself at ONE: UNBREAKABLE when she takes on Meng Bo in her first atomweight contest on the global stage.

The former ONE Women’s Strawweight World Title contender took on the elite athletes in the heavier weight class, but this Friday, 22 January, at the Singapore Indoor Stadium, she will compete in the division where she feels at her sharpest.

“When I got the chance to join ONE, it was in the weight category above. Now I’m coming back to my actual weight that I feel best at,” the Brazilian says of her move to atomweight.

“I am glad that I have this opportunity. I think it is a great way to showcase my skills, and a good opportunity for my career.” 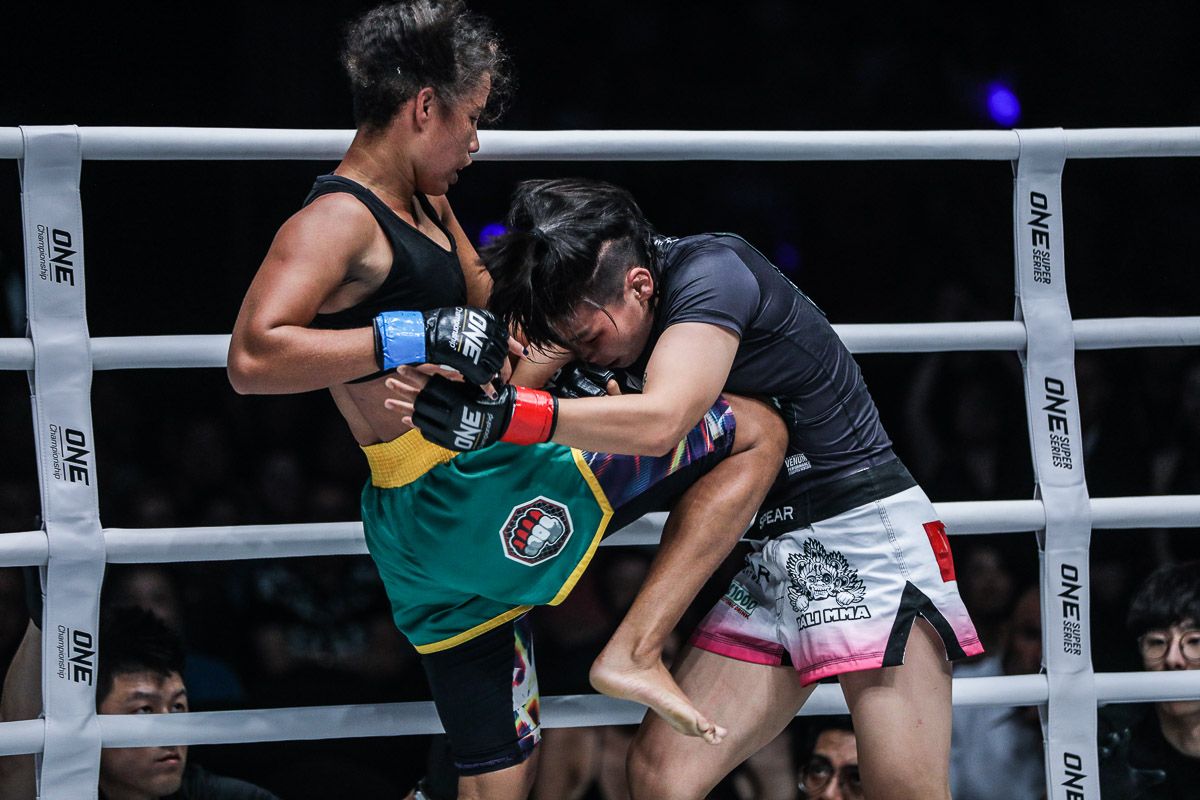 Just because Santos is moving down in weight, it does not mean there is any less firepower in front of her. China’s Meng is an incredible heavy hitter, which she’s displayed in back-to-back knockout victories since joining ONE Championship.

However, the Brazilian has never backed down from a challenge. Santos respects the #2 atomweight contender, but she won’t be intimidated on Friday night.

Part of that confidence stems from her switch to Minhoca Top Team, where she’s worked to improve her skill set since her last matchup.

“I believe [Meng Bo] is a sensational athlete. She has good hands, she is great at striking and good in the exchanges,” Santos says.

“I think her striking game is better [than mine], but I am not backing down from that. We are both women at the same weight, so you never know. There is always a way — maybe in an exchange, a punch gets in there.

“I changed my team from my last fight and we’ve been working a lot more on boxing, so my exchanges will be a lot cleaner, a lot better. We always work on jiu-jitsu, but from the last time [I competed], you will see a lot of improvement in my boxing.”

That doesn’t mean that “Marituba” wants to engage Meng in the Chinese star’s favored range. If she has to, she will, but there are plenty of options available in every mixed martial arts contest.

With that in mind, Santos has continued to develop in her nation’s famous martial art of Brazilian Jiu-Jitsu, and she believes that discipline could be her key to victory against Meng.

“I am going to use my jiu-jitsu against her. That is where I see my opportunity to win,” the Brazilian says.

“We focused on clinching strategy for this fight, a lot of wrestling and jiu-jitsu because we know her strengths are her hands and the exchanges.

“It is not that I am not good at that, but I know that my strength in jiu-jitsu can beat her strength [in striking].” 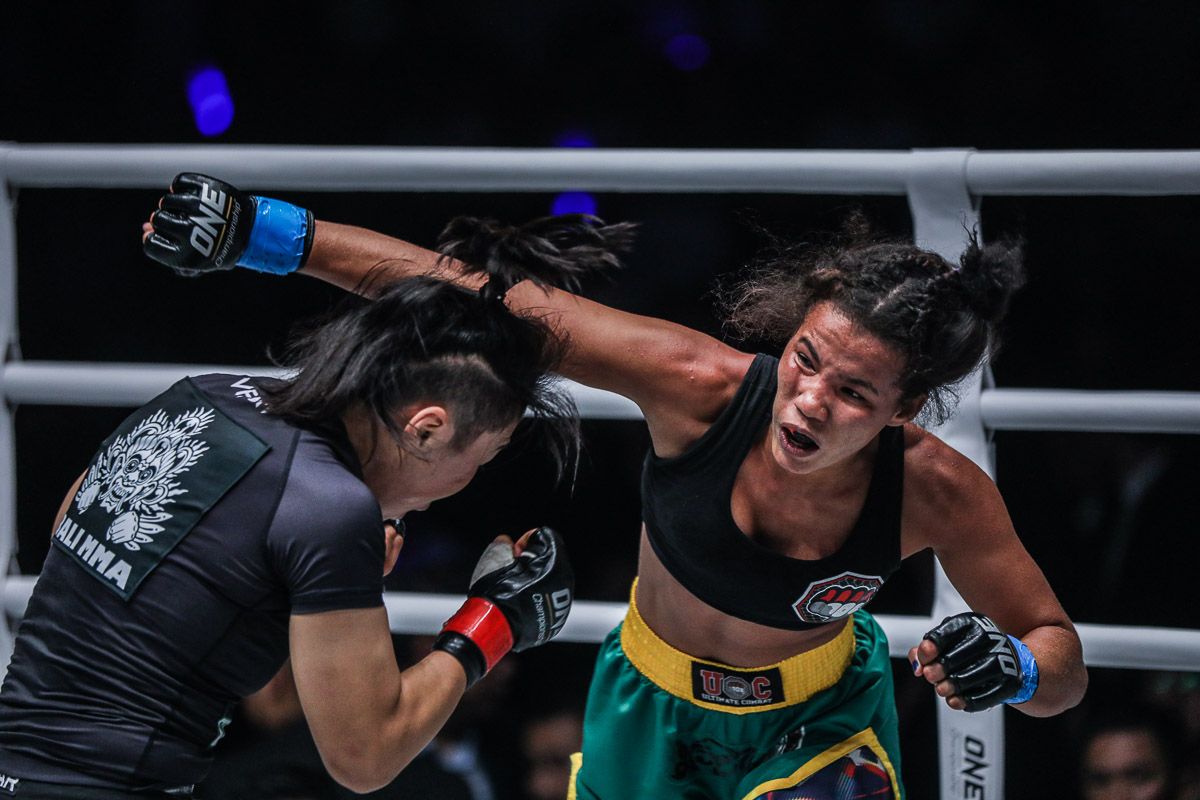 Santos has not let her previous setbacks dent her self-belief. Instead, she has used them as motivation to grow, improve her skills, and keep pushing forward. That mentality is half the battle at the elite level.

She will bring her upgraded arsenal and a battle-hardened mindset to the Circle in Singapore, where she will put them to the test and hope to earn more high-level matchups in the near future.

“[The defeats] taught me not to give up. [They taught me] to keep going, even in hard situations,” Santos adds.

“I’ve been training really hard and we’ve studied her well to hopefully get ourselves up there [in the rankings], and get this opportunity [to fight in the ONE Atomweight World Grand Prix].

“I am persistent and dedicated, that’s how I am as a fighter and as a person. I can show that I am ready to get that win, and show that I evolved.”