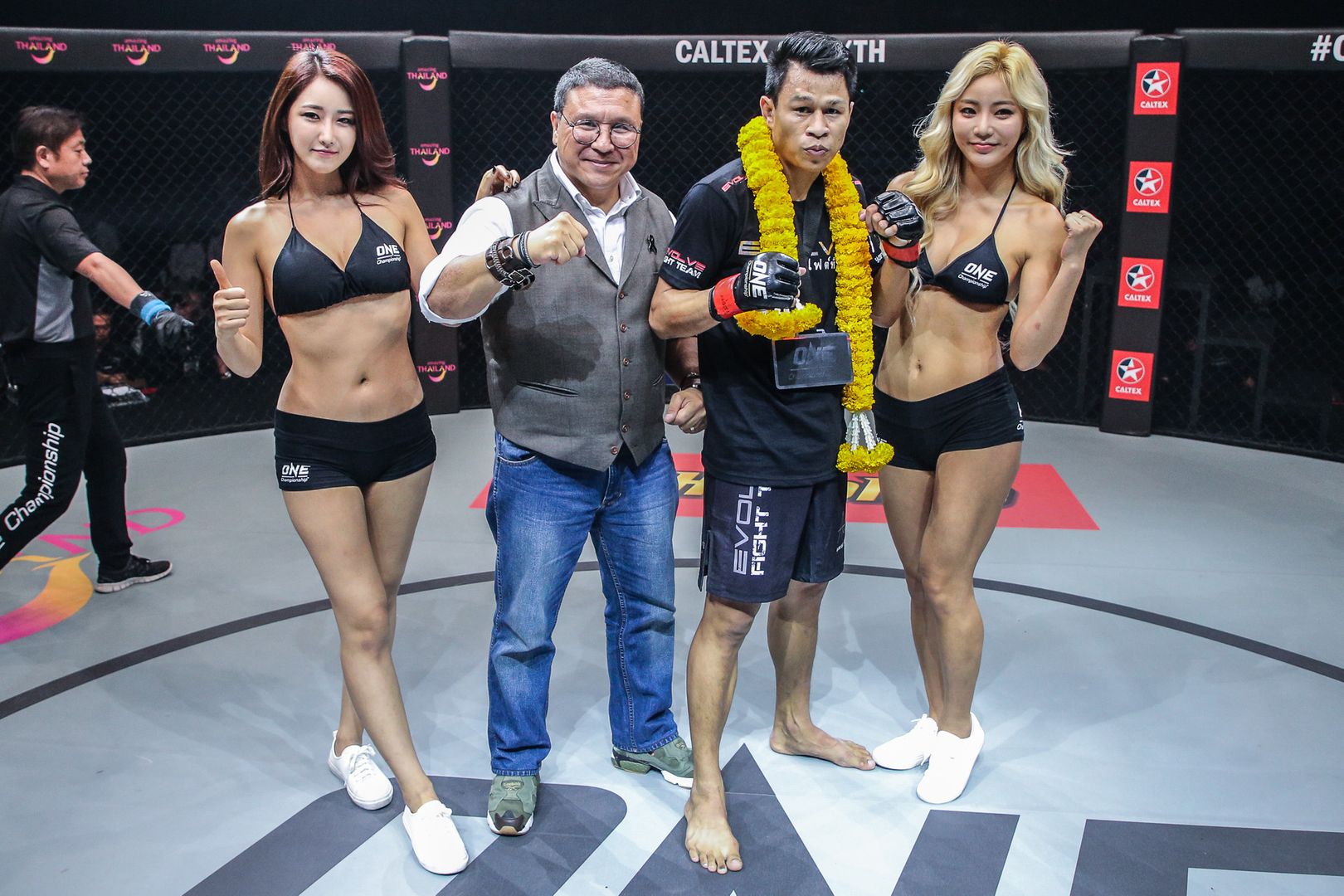 Muay Thai legend Sagetdao “Deadly Star” Petpayathai needed just 2:20 to emerge victorious in his MMA debut at ONE: WARRIOR KINGDOM. In front of all his countrymen at the Impact Arena in Bangkok, Thailand, he defeated Kelvin “Ice Man” Ong in the first round via strikes.

After both fighters sized each other up, Petpayathai, who trains out of Evolve MMA, caught his Malaysian opponent with a left hand, but the story of this short bout would be told in Ong’s inability to take the fight to the canvas.

Following Ong’s first failed takedown attempt, “Deadly Star” seemed comfortable and in control of the fight. When the “Ice Man,” a Borneo Tribal Squad athlete, went in for the clinch,  it was the beginning the end. 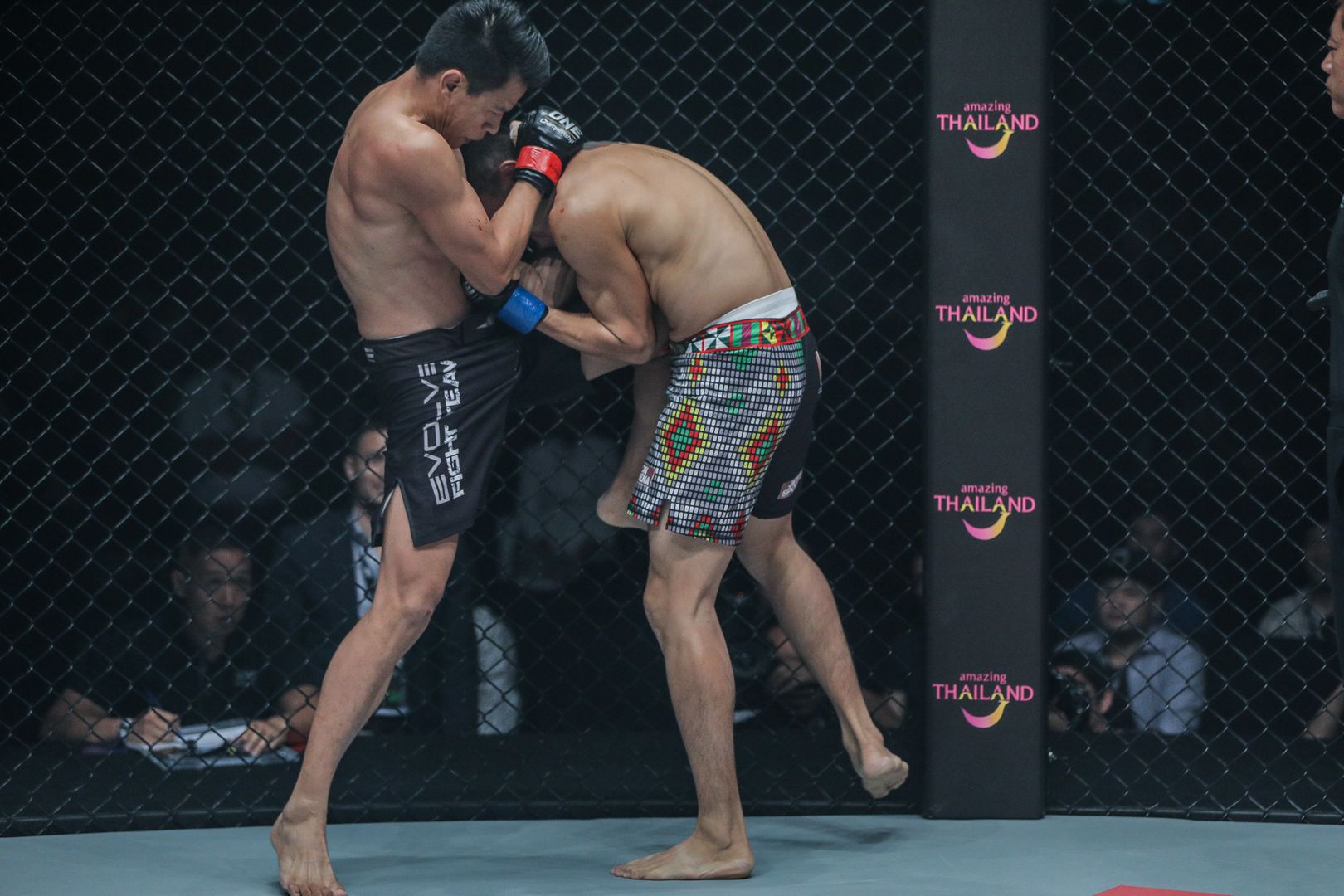 Petpayathai lived up to his “Deadly Star” moniker, as he unloaded a series of knees that sent Ong spiralling towards the cage. An impressive barrage of left hands then forced a halt to the contest.

“I am so proud to be here to show Muay Thai to all Thai fans here,” Petpayathai said in the center of the cage after the win. “My goal is to be the champion, the world champion of ONE Championship.”

With the victory, Petpayathai is successful in his first MMA outing and moves to 1-0. As for Ong, he receives his first loss, falling to 1-1. It is safe to say the rest of the featherweight division is on notice, as there is now a new contender in town.