The Ukrainian colossus defeated his longtime rival, Tarik “The Tank” Khbabez, in the co-main event of ONE: AGE OF DRAGONS in Beijing, China to become the inaugural ONE Light Heavyweight Kickboxing World Champion.

Kryklia, who lost to the Dutch-Moroccan powerhouse in their initial encounter via decision four years ago, earned a big slice of redemption in his ONE Championship debut. He knocked out Khbabez in the second round of their rematch to claim the richest prize in his sport.

Now, a month removed from his historic victory, the 28-year-old talks about beating “The Tank” in their long-awaited rematch. The Ukrainian also reflects on his incredible 2019, and he speaks on his goals in The Home Of Martial Arts.

ONE Championship: You knocked out Khbabez to win the gold in November. When you previously faced each other, you lost. What allowed you to win this time?

Roman Kryklia: It was a combination of rigorous training and confidence. I was getting ready both mentally and physically.

A fight is much more than showing great technique – you need that unshakable self-belief, and you must enter the ring knowing that you have the right to be there and that you are the best. I trained very hard, and I was getting sharper and faster. That’s what gave me that confidence.

ONE: This rematch was four years in the making. Considering that the ONE Light Heavyweight Kickboxing World Title was also on the line, was it your biggest challenge yet?

RK: Yes, and getting ready for the fight was harder. It was more emotional because, first of all, I wanted to set the record straight between us, but secondly, I got given a title fight in my debut in ONE, so the pressure was on. But good weapons get forged in fire, so this extra pressure got me very motivated.

ONE: What was your original game plan for this bout, and were you able to follow it?

RK: The most important part of the plan was to not chase a knockout – my coach drilled it into my head. Tarik has a very aggressive style, so I was not going to rush. The plan was to watch him in round one, find my groove, and feel the rhythm of the fight.

I hoped I would KO him, so I just kept looking for a good moment. In the middle of the first round, I got him with a punch, and it motivated me to carry on. Then in round two, I went all-in with a kick and then connected with punches. 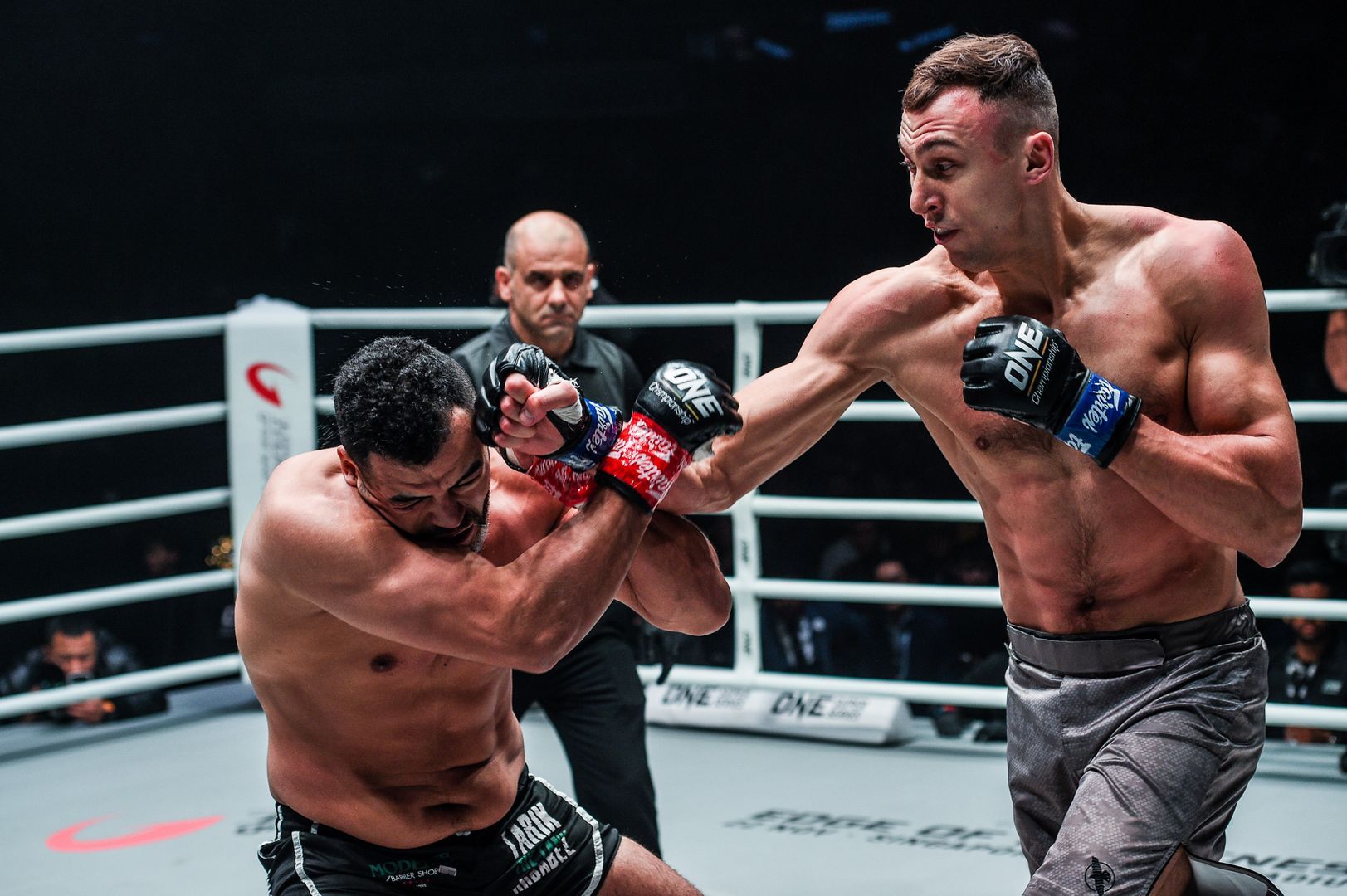 ONE: Having faced Khbabez in the past, do you feel you had any sort of advantage?

RK: No, it was four years ago, so he has changed since then. He has had many bouts in ONE since I squared off with him last and he fought high-caliber athletes, so I can say that he definitely got more skillful. His style also became even more aggressive.

But his style is rather primitive – he tried to steamroll through opponents, and that is not a very smart style. I had to counter him in a very aggressive manner, which I did and it brought me the win.

ONE: Overall, are you happy with your performance?

RK: I am never 100 percent happy with my performance — I always see mistakes and I want to improve. My coach and I had a debrief after the fight. In the future, I will try to move around the ring a lot more and be more precise with my punches.

RK: This year was a great one for me. It started with an eight-man heavyweight tournament [in China]. I won it, and then I kept training all year [in order to] get ready for my ONE World Title bout. Now I am the champion, so 2019 was an incredible year for me. 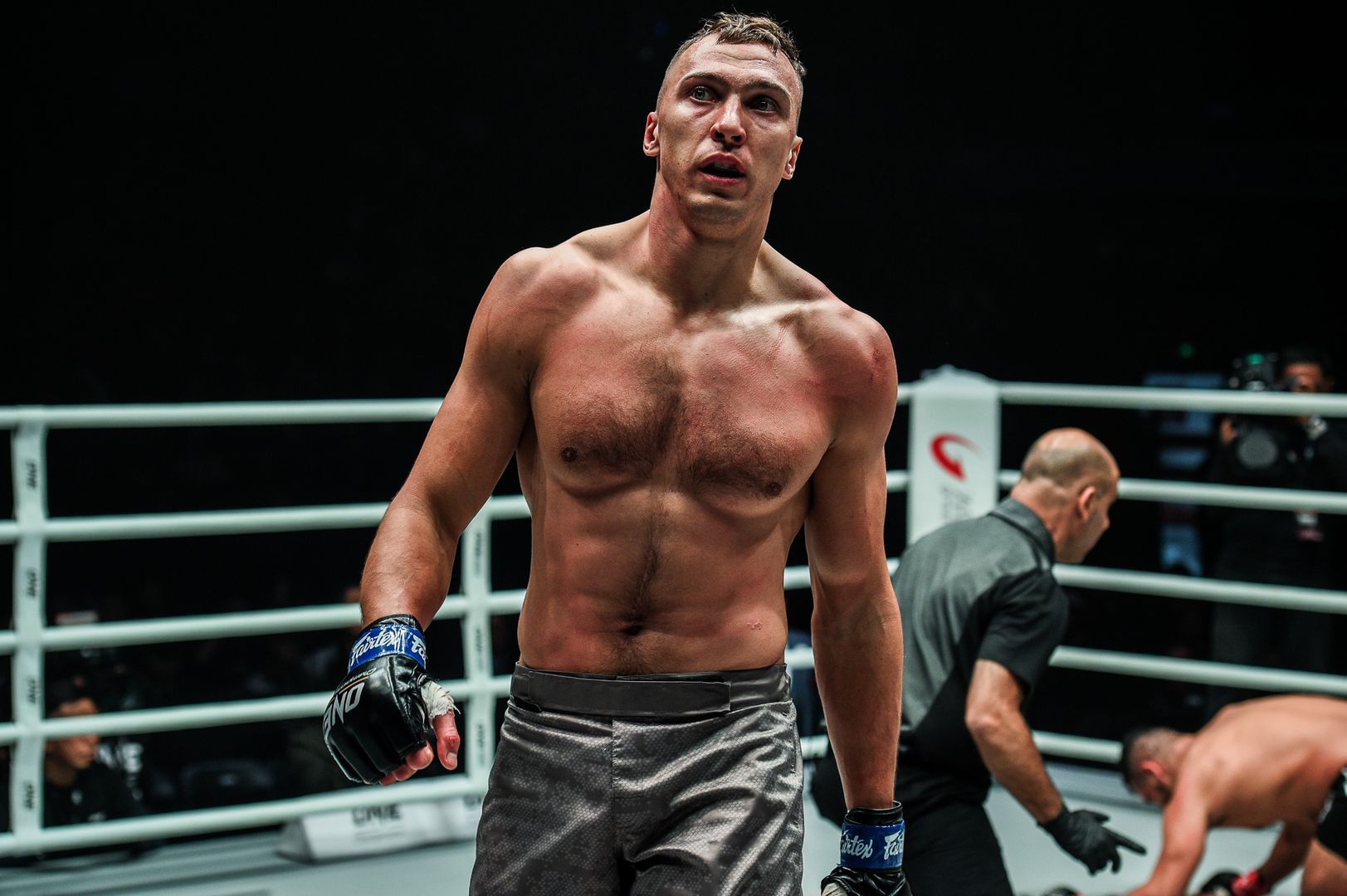 RK: In 2020, I would like to defend my belt several times. With ONE growing, I hope that my division will grow, too, and attract the best kickboxing talent from around the world. I want to give kickboxing fans some beautiful fights in 2020.