Rin Saroth earned the biggest win of his mixed martial arts career in 2018, but he has high hopes that next year will bring even better things.

The Cambodian Top Team star returned from a two-year hiatus to compete four times in ONE Championship in 2018, and he is grateful for the opportunities he had to grow as a martial artist.

However, he believes he his best is yet to come on the global stage for martial arts, and he has taken steps to make sure he can enjoy the best form of his career in 2019.

Kun Khmer stylist Rin Saroth kicks off a historic night in Macau with a thrilling TKO win at 2:30 of the third round!

Kun Khmer stylist Rin Saroth kicks off a historic night in Macau with a thrilling TKO win at 2:30 of the third round!Watch the full event LIVE & FREE on the ONE Super App ???? http://bit.ly/ONESuperApp | TV: Check local listings for global broadcast

The highlight of Saroth’s year was undoubtedly his third-round stoppage victory over Indonesia’s Mario Satya Wirawan at ONE: PINNACLE OF POWER.

Saroth had to overcome adversity during the bout as he defended off his back before he used his powerful elbow strikes to earn a TKO victory – his second stoppage victory as a ONE Championship athlete – and register the most memorable moment of his year.

“When I won the fight in Macau, that was my happiest moment of 2018,” Saroth admits.

“The referee decided to stop the fight after I managed to damage my opponent on both his face and head. I was very happy.”

Saroth was unable to parlay that success into a winning run, but the Cambodian is keeping a positive frame of mind and has turned his attention to further improvement for next year’s challenges. 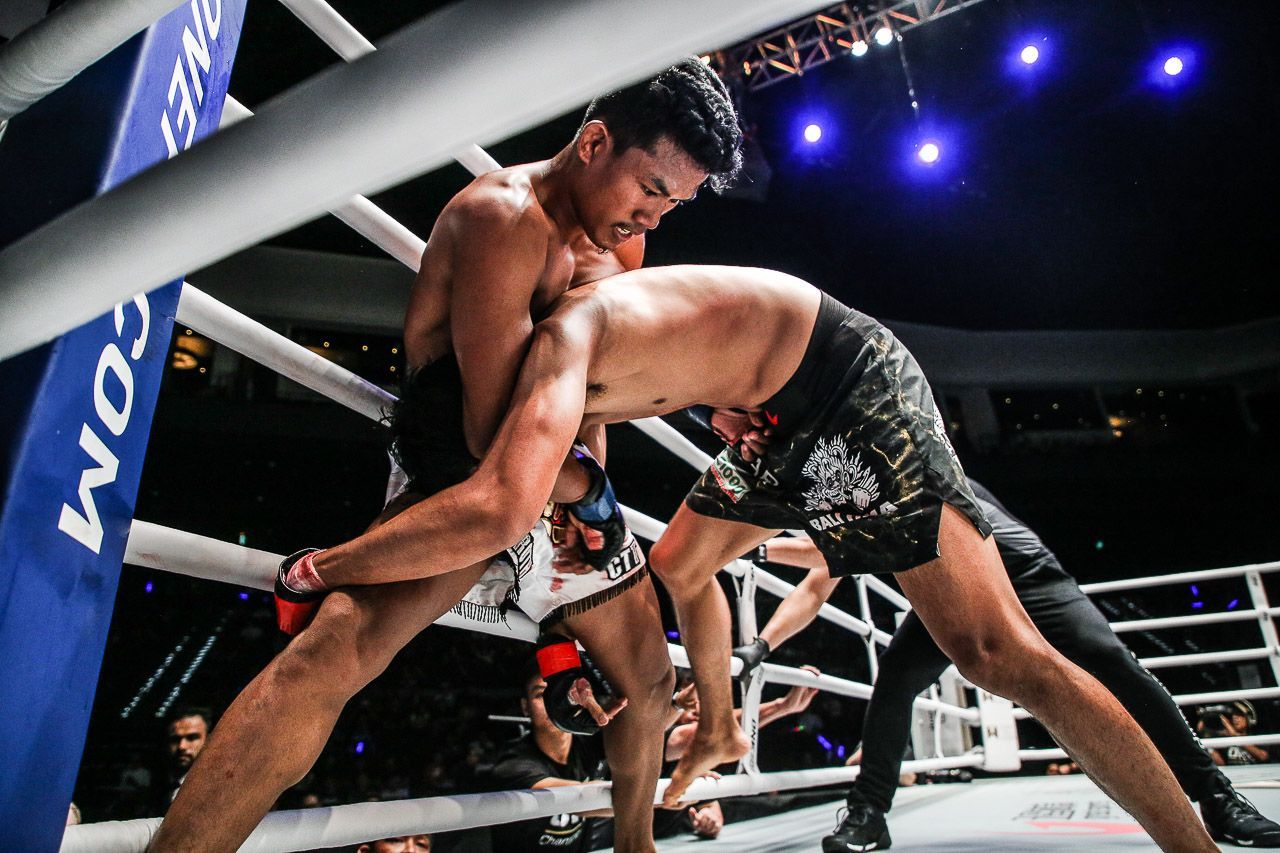 He says he is looking forward to taking advantage of Cambodian Top Team’s new collaboration with the Yorky MMA gym in Bangkok, Thailand, which is run by former ONE athlete Nicholas “JJ” Lee.

Saroth believes a more diverse training regimen, including regular visits to Yorky to hone his abilities, will only help broaden his mixed martial arts game and give him the best chance of success when he returns to action in the new year.

“In Cambodia, most of my training partners only know Kun Khmer,” he explains.

“If I go to [Lee’s] club in Bangkok, there are many mixed martial arts students I can practice and train with.

“If I can train in Thailand more often – as planned – I will fight better in international competition.” 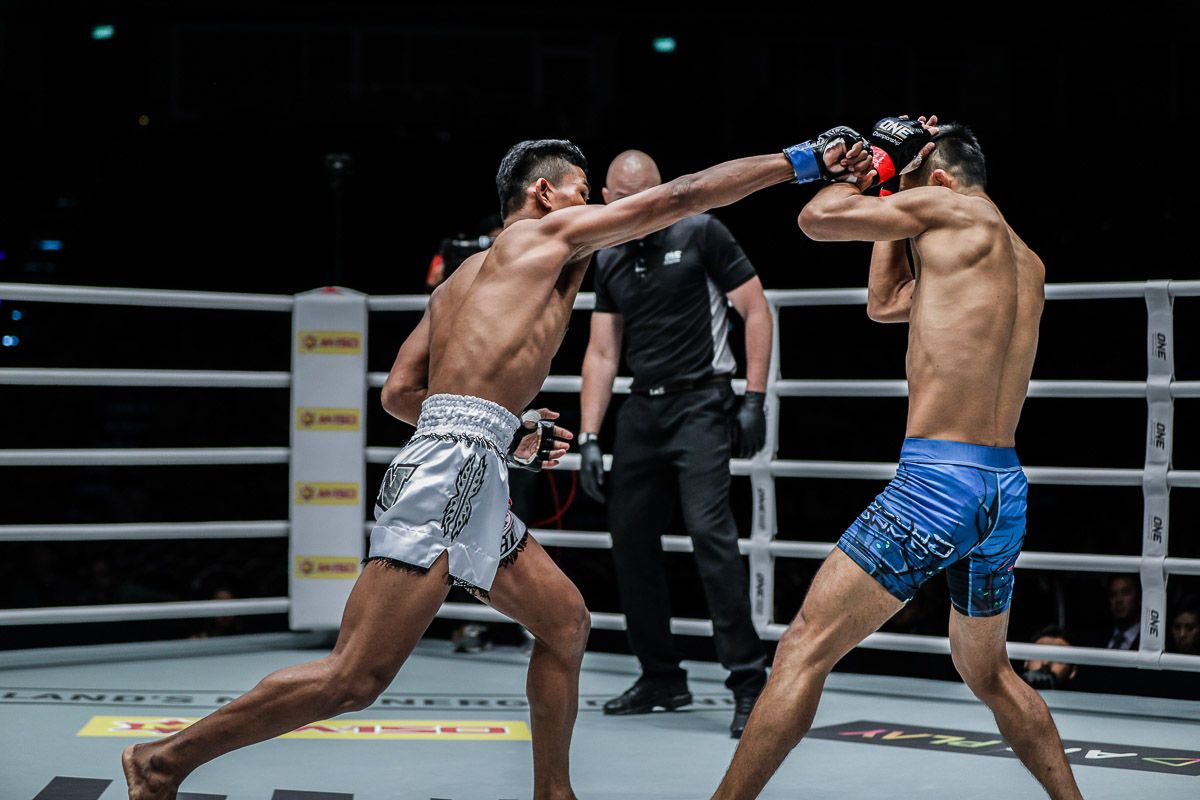 Saroth is training three hours of Brazilian Jiu-Jitsu every day to compliment his striking skills and make him more of a well-rounded martial artist.

He believes that will be the key to consistency in the months and years ahead, as he aims to make the most of the chances he gets in The Home Of Martial Arts, and enjoy more successful evenings like the one he experienced in Macau.

“I am happy I got a lot of opportunities to compete, however, 2018 was not the success I would have wished,” Saroth explains.

“If I would have had the coaches I have now, I think things would have played out very differently.”

Now, with the chance to broaden his skill set and become a complete mixed martial artist, Saroth is looking forward to spending more time in mixed martial arts competition, rather than in the Kun Khmer ring, in 2019. 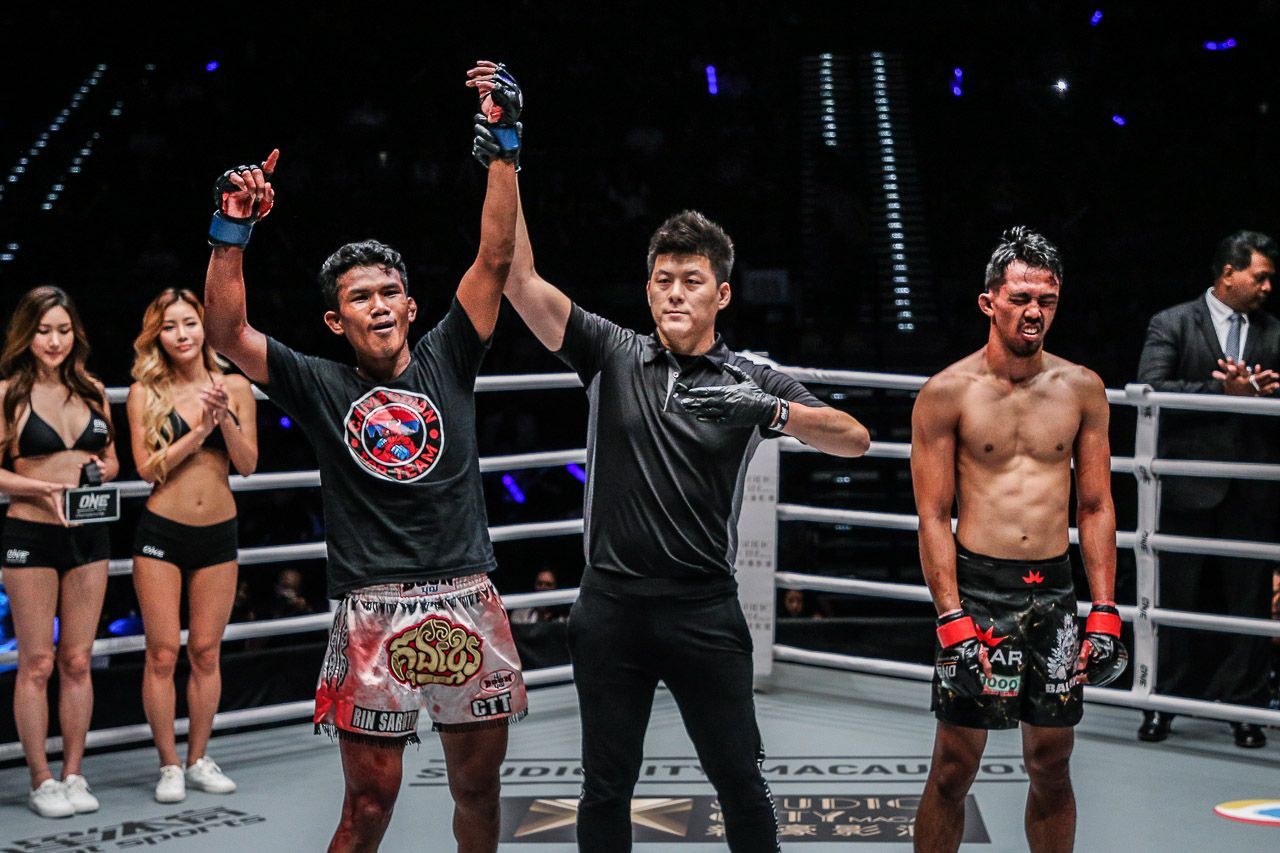