Former ONE Flyweight World Title Contender Riku “The Outsider” Shibuya may have been the outsider in Bangkok, Thailand, but he produced a performance that announced to the world that he is now very much a part of the strawweight world title picture.

Riku “The Outsider” Shibuya is back in it in the ONE Strawweight Division!TV: Check local listings for global broadcast | PPV: Official Livestream at oneppv.com

Making his strawweight debut after dropping down from the flyweight division, Japan’s Shibuya made his grappling advantage count against the decorated Muay Thai world champion, locking up a guillotine choke in the opening round of the contest.

Predictably, Amnuaysirichoke looked to be the more comfortable man on the feet upon the opening bell. The three-time Lumpinee Muay Thai world champion scored early in the contest with kicks from range, including one thumping effort to the body, and a high kick that grazed Shibuya’s chin.

The bout was turned on its head when “The Outsider” shot in and secured the takedown, pinning the Muay Thai legend up against the cage fence. Shibuya quickly gained top control, and looked to work towards a submission while Amnuaysirichoke tried to battle his way back to his feet. 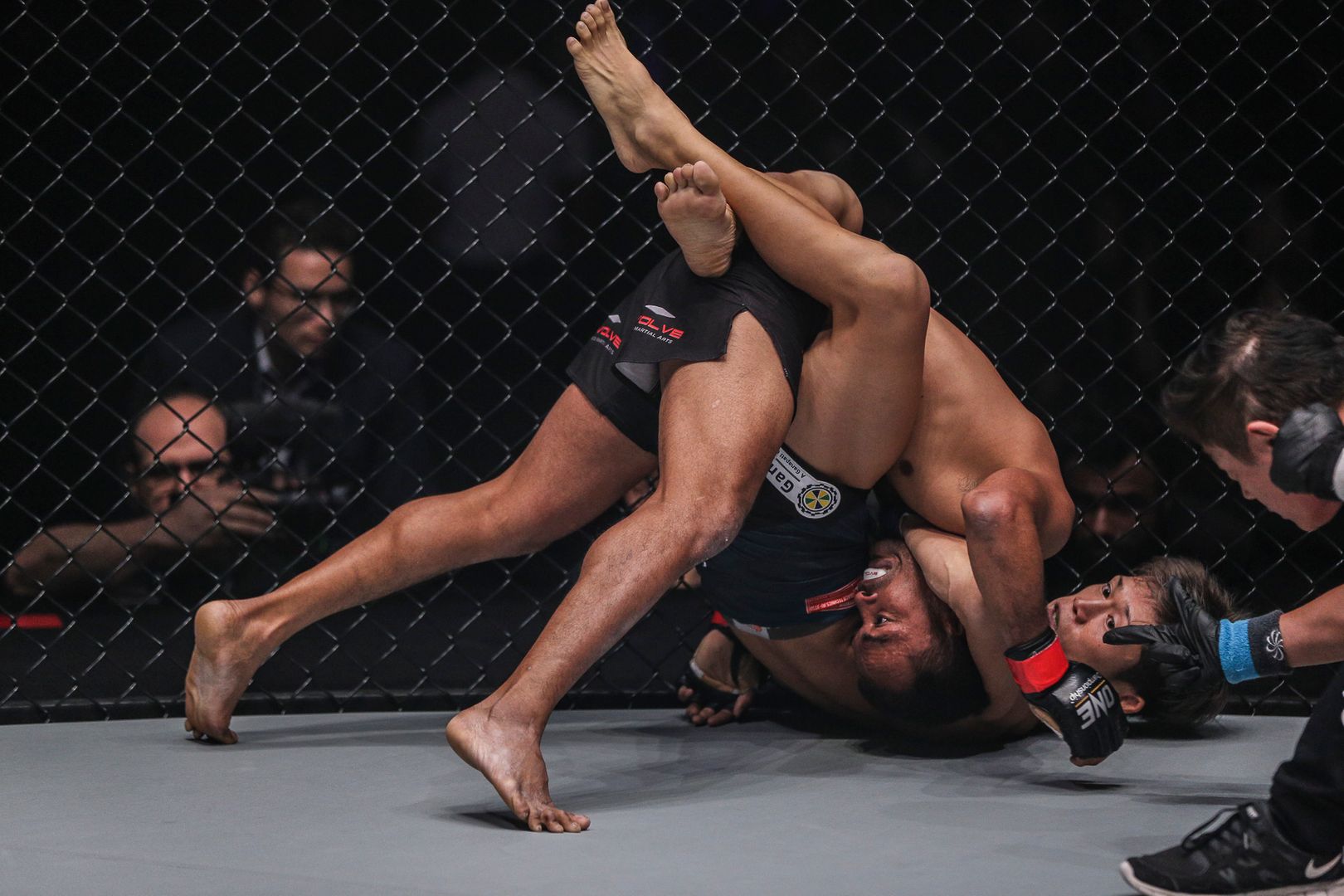 At that moment, the Japanese ace saw his opportunity, and transitioned instantly to a guillotine choke. The Thai looked close to escaping the initial attempt, but Shibuya adjusted expertly to attain the optimum position, then applied the squeeze.

To his great credit, Amnuaysirichoke did not give up the bout easily. Shibuya had to sustain the choke for nearly a full minute before the Thai athlete finally conceded defeat at 2:36 of round one.

The win moved Shibuya’s record to 14-4-2 and may well have catapulted the Japanese veteran a big step closer to title contention, as he looks for championship success in a new weight class.