Ritu “The Indian Tigress” Phogat moved from wrestling to mixed martial arts so she could become a champion on the global stage and inspire her nation.

Now, she’s within touching distance of bringing her dreams to fruition.

The Evolve MMA athlete will battle Stamp Fairtex for the ONE Women’s Atomweight World Grand Prix Championship in the co-main event of ONE: WINTER WARRIORS at the Singapore Indoor Stadium on Friday, 3 December.

After two tough battles to reach the tournament final – including a jaw-dropping comeback victory over Meng Bo in the quarterfinals – only a maximum of 15 minutes are separating Phogat from the coveted silver belt. And she can’t wait for the opportunity to grab it.

“This is very important. This is going to be very proud thing for my whole country because I will be the first woman to win a Grand Prix belt,” she says.

“I am feeling very good. The goal I had before coming here, I am very close to it. I want to give my best in this match and, very soon, [fulfill the] aim I had of becoming a champion.

“I will open a new path for all of the younger generation.”

Victory is far from guaranteed, though.

Stamp also earned two impressive victories to reach the final of the historic tournament, and the former ONE Atomweight Kickboxing and Muay Thai World Champion brings a dangerous and opposing skill set to the Circle.

Moreover, the elite striker insists she’s not scared of Phogat’s wrestling, but “The Indian Tigress” believes the Thai star is more worried than she’ll admit.

“I definitely saw fear in her eyes, and I don’t blame her for being afraid to face me,” Phogat says of their face-to-face staredown following the semifinals.

“If I was in her shoes, I would be too, since she has witnessed my wrestling proficiency and stand-up improvements from close quarters. But, I would give her credit for trying to put on a brave face for the fans. However, I saw right through the facade.”

Phogat has reason to be confident.

Despite Stamp’s impressive progress in the grappling department, the Indian has spent a lifetime on the mats and thinks the Fairtex representative is in for a rude awakening on fight night.

“Stamp Fairtex has never faced an opponent with my wrestling credentials and pedigree. I have developed my wrestling game by learning the craft over a period that spans over a decade and a half,” she says.

“I do not believe that a single training camp would bring Stamp to my level of expertise as far as wrestling is concerned. She would have to dedicate a considerable chunk of her life to wrestling to match steps with me.”

Despite those bold words, Phogat and her coaches at Evolve are taking Stamp very seriously.

She knows the Pattaya resident will bring plenty to the striking exchanges but has faith in her ability to overcome any adversity.

“I can’t comment on whether she is the definitive best striker in the division, but I would definitely say that she’s one of the better strikers out there. My team and I are mindful of her strengths and weaknesses and are strategizing and training accordingly,” Phogat says.

“During the fight, if she does land a lucky blow, I will do what I do best, play my trump card, and gain control over her. My strategies to tackle my opponent are different this time around, although I will have to be tight-lipped about it for now.

“I am supremely confident that my battle-tested endurance, well-roundedness, and superior fight IQ will prevail, despite the weapons in her arsenal.”

It’s clear “The Indian Tigress” believes she has the tools to dismantle the dangerous Muay Thai stylist, but she also won’t look beyond the task ahead.

Her next goal is to dethrone “Unstoppable” Angela Lee and claim the ONE Women’s Atomweight World Title – and to get there, she has to take care of business against Stamp on 3 December.

“It would be unsporting of me to assume my victory, although I am highly confident of getting the job done on the big night,” Phogat adds. 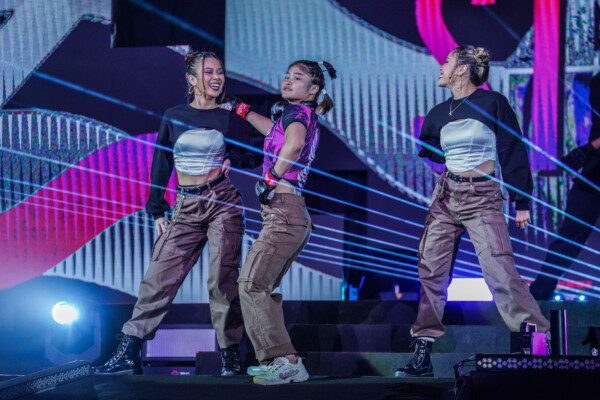 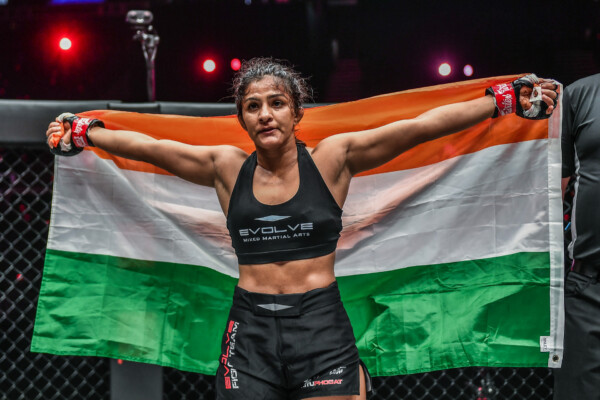