Giorgio “The Doctor” Petrosyan surely punched his ticket to a ONE World Title fight with his rematch victory over his old foe, Davit Kiria, at ONE: FISTS OF FURY — eight and a half years after their initial meeting.

The legendary striker from Italy was in fine form as he controlled the featherweight kickboxing contest from start to finish and earned a unanimous decision victory at the Singapore Indoor Stadium on Friday, 26 February. 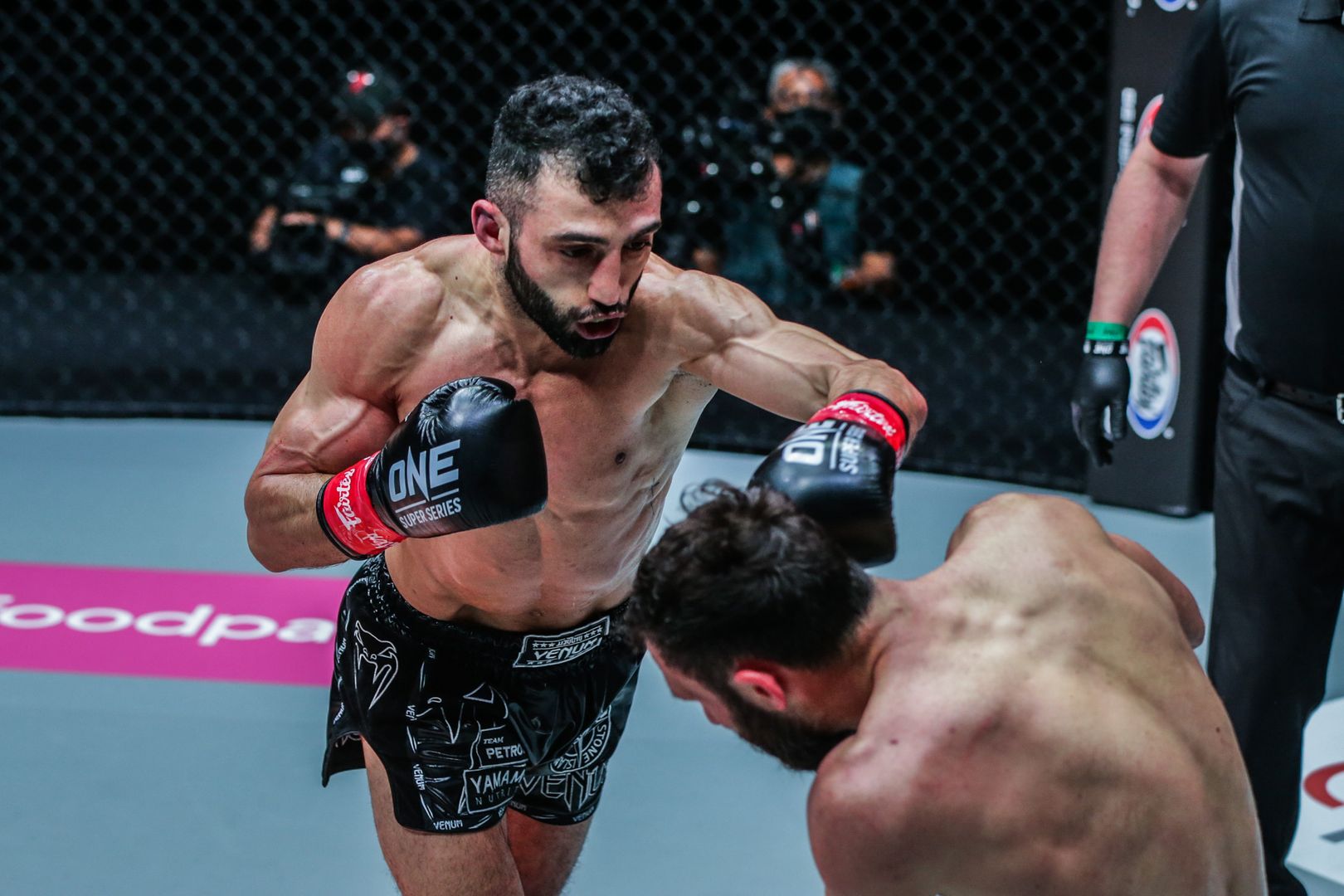 Kiria, who made his ONE Super Series debut, started with intent in the opening frame. He went after his old rival with his left hook and tried to move away from the Armenian-Italian’s power side. However, “The Doctor” soon got a measure of his man and found a home for his thudding left kick to the body.

As Petrosyan grew more comfortable, his lead right hook and trademark straight left followed. He glided out of range after his combinations to avoid the Georgian striker’s winging shots.

“The Doctor” then stepped in behind his jab-cross combo to land some hard knees to the midsection. Kiria ate the strikes well and scored with a strong uppercut on the inside, though his opponent looked to be in control at the end of round one. 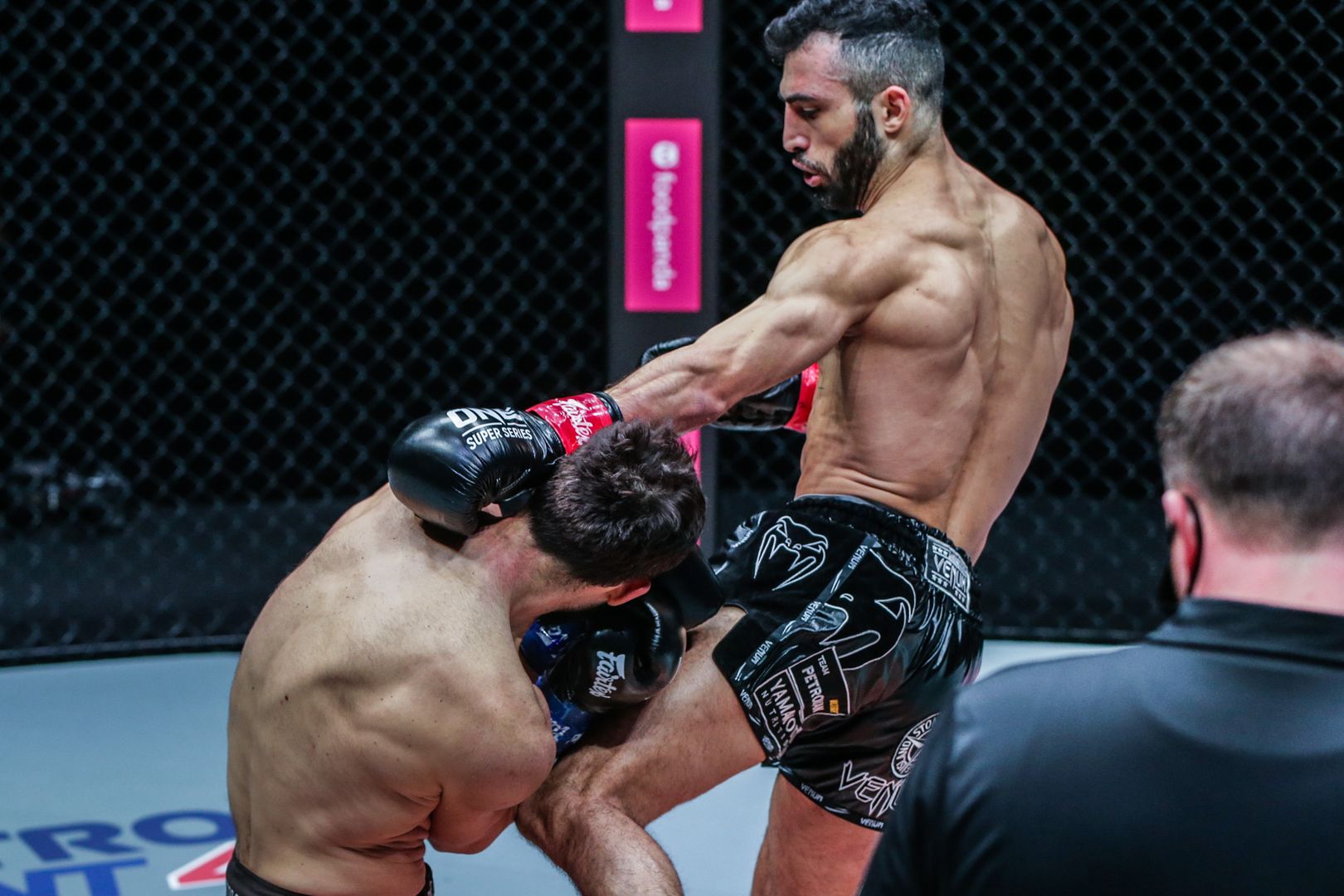 Petrosyan carried on where he left off in round two, picking apart Kiria with sharp jabs on the outside, and then with his lead hook, straight left, and left knee as the Georgian tried to traverse the gap.

Kiria’s linear route of attack was allowing “The Doctor” to predict his movements.

Though the underdog did manage to score with some left hooks and inside low kicks, he mostly walked into gut-busting left knees and left kicks from the ONE Featherweight Kickboxing World Grand Prix Champion. If the Georgian was to get his hand raised, he had a lot of ground to cover in round three — ground that he simply could not make up. Petrosyan’s masterful control of the distance shut out his shorter rival as he stuffed the jab into Kiria’s face and smashed his left kick into the ribs from range.

The Tbilisi native looped his left hook and overhand right in “The Doctor’s” direction without much success. Instead, Kiria was met with sharp right hook counters, crunching short lefts, and the repeated thud of the step-through knee to the body.

The final bell sounded to mark the end of another imperious Petrosyan performance. It was a clear-cut unanimous decision win for “The Doctor,” who pushed his record to a spectacular 104-2-2 (2 NC). 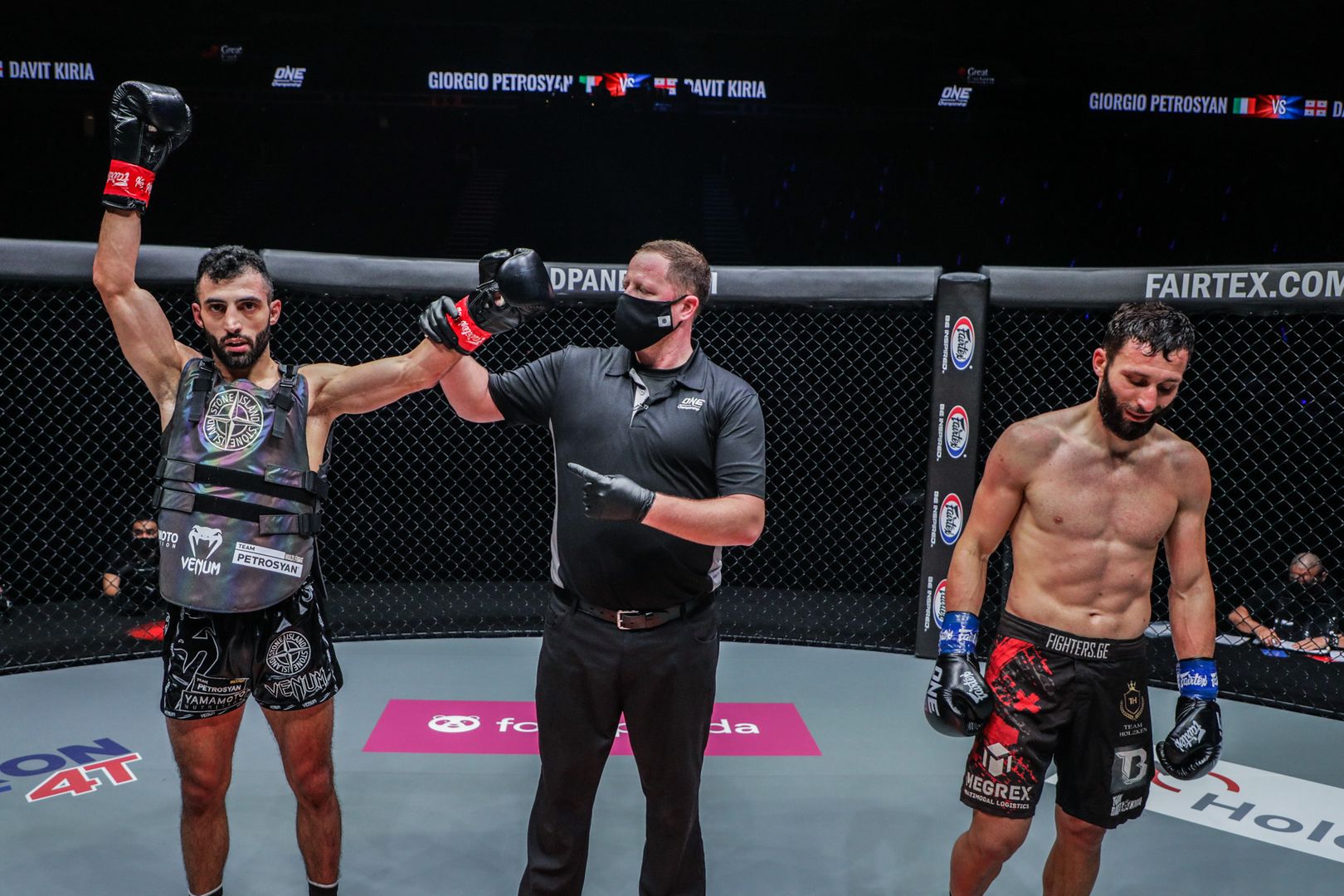 With this victory, the greatest kickboxer of all time looks certain to have booked his shot at the inaugural ONE Featherweight Kickboxing World Title.