ONE Flyweight Muay Thai World Champion Rodtang “The Iron Man” Jitmuangnon is ready to make his big premiere on Amazon Prime Video Sports, and his next dance partner is someone who constantly moves forward and brings the heat.

In the co-main event of ONE on Prime Video 4 on Friday, November 18, the Thai megastar defends his gold against newly crowned ONE Strawweight Muay Thai World Champion Joseph “The Hurricane” Lasiri.

Rodtang has been near-flawless in his ONE Championship tenure.

Since making his promotional debut in September 2018, “The Iron Man” has won all 11 of his Muay Thai and kickboxing fights.

During that run, he defeated Jonathan “The General” Haggerty for the ONE Flyweight Muay Thai World Title in August 2019 and has since defended his belt three times.

Rodtang even participated in the organization’s inaugural mixed rules super-fight against legendary Demetrious Johnson this past March, but he was choked out during the MMA rounds.

Nonetheless, the 25-year-old has become world-famous for his granite chin, aggression, and bruising come-forward style, which has landed him on highlight-reel videos all over the internet.

But on November 18, he meets a scrappy challenger in Lasiri, who is tough as nails and never takes a backward step.

Following a rough start to his ONE Championship career, Lasiri reinvented himself in 2020. He fine-tuned his training, moved down to strawweight, and looked to make a run at the top of the division.

The Italian-Moroccan slugger built some quality momentum, edging out former ONE World Title challenger Rocky Ogden and knocking out Asahi Shinagawa in a pair of catchweight bouts.

That earned “The Hurricane” a crack at ONE Strawweight Muay Thai World Champion Prajanchai PK.Saenchai, who appeared to be quite invincible. But Lasiri, the ultimate underdog, proved he was human and made him quit on the stool to capture the gold this past May.

Lasiri stopped one seemingly unstoppable World Champion this year, and at ONE on Prime Video 4, he will try to do it again when he meets Rodtang at the Singapore Indoor Stadium.

If he is successful, then the 31-year-old underdog will become the latest two-division ONE World Champion in the Muay Thai ranks.

Stay tuned to onefc.com for more news about ONE on Prime Video 4. 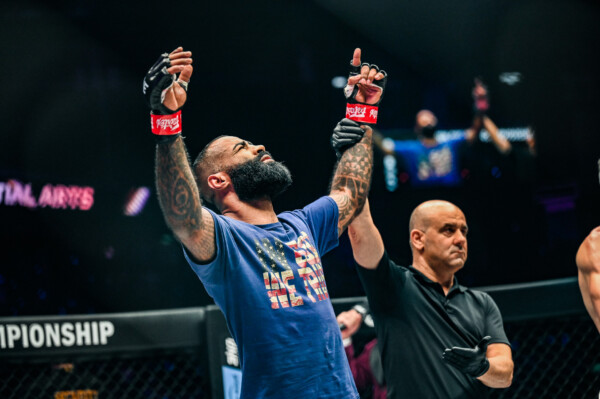