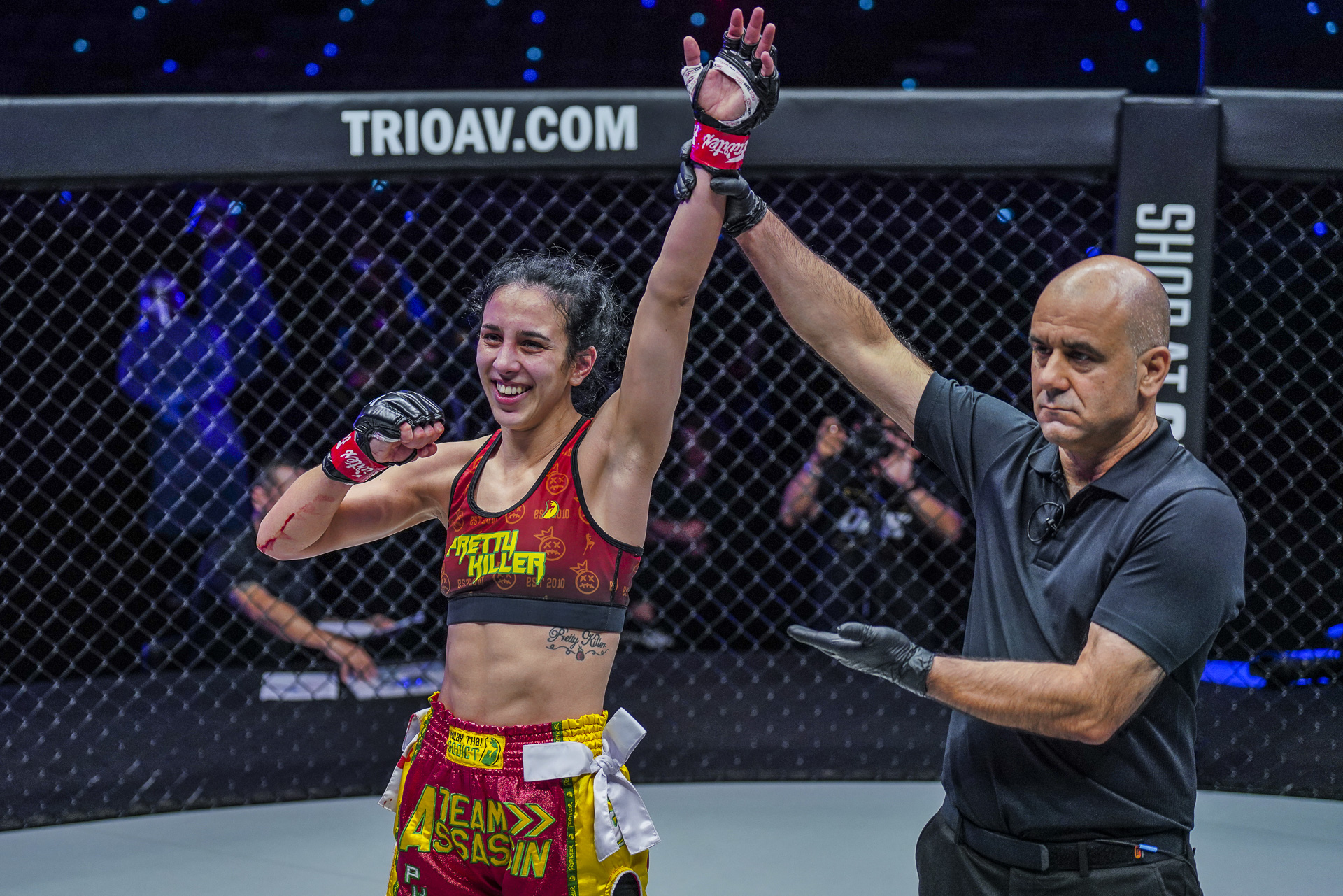 The ONE: LIGHTS OUT lead card got things off to a rip-roaring start on Friday, 11 March.

There were a trio of first-round finishes in the opening four encounters, as well as a nonstop three-round kickboxing battle.

Here’s the rundown of all the early action from the Singapore Indoor Stadium.

After a brief respite for an off-target low kick to the groin in the opening seconds, the Indonesian sensation quickly bounced back and went on the front foot.

He backed the Cambodian up with a hail of heavy punches and then dumped him to the canvas. From there, Saputra quickly took his foe’s back, locked in a rear-naked choke, and earned the tap after just 94 seconds of action.

It was another strong result for the Indonesian, who continues to make his case for a spot in the flyweight division’s top-five rankings.

Iman “Pretty Killer” Barlow only needed half a round to cinch her ONE Super Series Muay Thai debut against Daniela Lopez.

The English superstar came out for round one of their strawweight battle with powerful leg and body kicks that she followed with hard right hands. Inside the clinch, she outworked Lopez with knees that walloped the side of the Argentine’s body.

Then from the outside, a lunging yet accurate elbow from Barlow landed on Lopez’s nose and caused a medical timeout. After doctors inspected the damage, the referee waved off the action at 1:39 of the first round, improving “Pretty Killer’s” career record to 95-6-3 (1 NC).

Following the impressive debut win, Barlow also earned a US$50,000 performance bonus from ONE Chairman and CEO Chatri Sityodtong.

Liam Nolan raced out of the blocks with intent for his 175-pound catchweight Muay Thai battle against promotional newcomer Kim Kyung Lock.

The surging Londoner launched hard punches at his South Korean rival and chopped away with short elbows. Kim flailed in reply, but Nolan’s composure kept him out of trouble.

The Knowlesy Academy man pushed Kim back to the Circle Wall and landed a flying switch knee that shook the sanda specialist. He then followed with a swift barrage of knees to the head and body that put the Team Mad athlete down and out after just 62 seconds.

As well as pushing his record to 20-6-1, the first-round shellacking earned Nolan a US$50,000 performance bonus from Sityodtong.

“MMA Sister” Lin Heqin took a detour from her successful career in mixed martial arts and quickly showed that her striking could be plenty effective under kickboxing rules.

She debuted in the stand-up discipline at ONE: LIGHTS OUT and outstruck Milagros Lopez for nine minutes to score a unanimous decision win in their strawweight affair.

From the opening bell, “MMA Sister” pummeled her opponent with body kicks off her jab-straight right combinations. The attacks racked up early damage and set Lopez behind on the scorecards going into the later rounds.

Even though the Argentine tried to barrel forward with punches in bunches during round three, Lin’s footwork and counterattacks earned her the nod from all three judges. 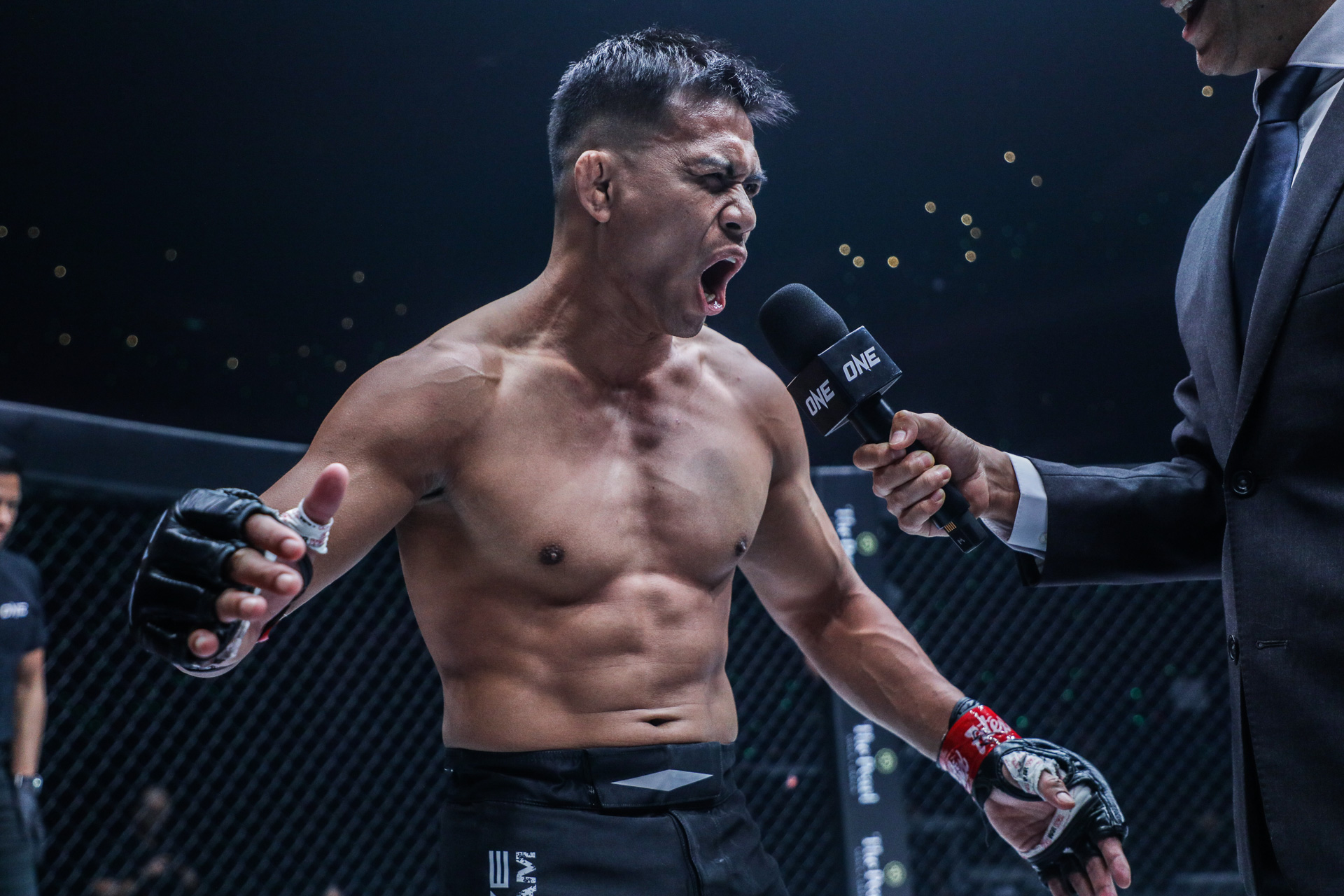 ‘It’s Time To Be Among The Top Ranks’ – Eko Roni Saputra Aiming For Adriano Moraes, Flyweight Elite In 2023