“Jungle Cat” Muhammad Aiman had to battle hard to earn the biggest win of his mixed martial arts career.

The Malaysian hero had to battle back after a tough first round against “Rock Man” Chen Lei, ultimately prevailing via rear-naked choke at  ONE: BEYOND THE HORIZON in Shanghai, China.

He told the world’s media at a post-bout press conference inside the Baoshan Arena how he managed to persevere through his Chinese opponent’s first-round attack. He had simply thought about the people who helped him get to this stage.

“I just thought about my family. Whenever he took me down, I just tried to keep fighting every second, and was thinking about my mom,” he said.

“That got me through the whole fight. That’s the reason I won.”

Things turned around for the 23-year-old in the second round.

After the interval, the Bali MMA representative found his groove, and was able to throw and land strikes to tilt the bout in his favor. 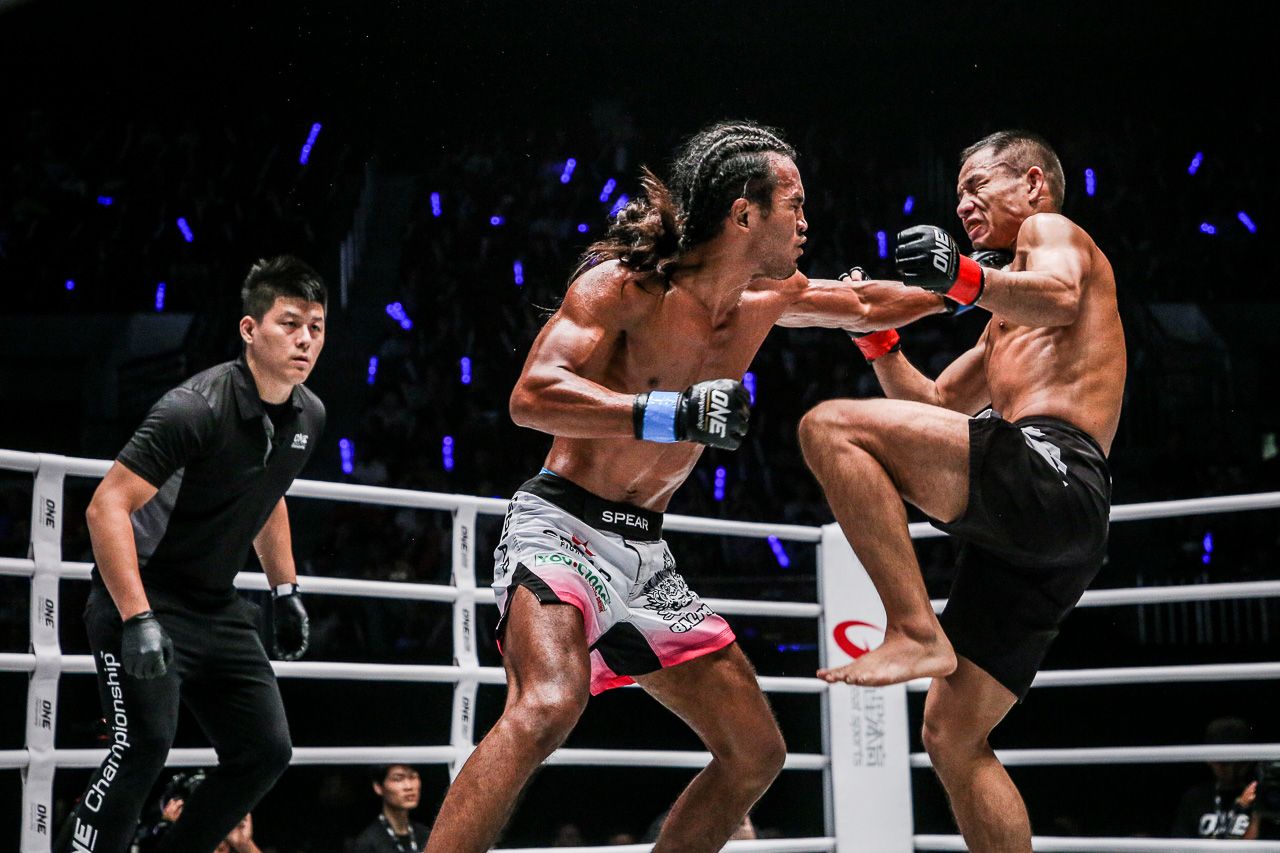 “My plan was to wait for him to run into me, and maybe I could catch him with a knee or something, but I didn’t. I just defended all his takedowns to make him tired so the second round would open more [opportunities] for me.

“My coaches said, ‘Be patient, and the finish will come earlier.’”

The opportunity presented itself late in the second stanza.

Aiman took Chen’s back and went for a rear-naked choke. His Chinese rival, backed by a passionate following in his home country, hung on, but he eventually had to submit.

The end of the contest came with 4:35 on the clock in round two – ending “Rock Man’s” undefeated record.

“He’s really tough, props to him. When I got the choke, I thought he would maybe be able to hold on, so I was trying to be smart,” Aiman added.

“I was holding on and not squeezing. I held on for 20 seconds and then started squeezing. That’s the trick with chokes, and one more thing that I did to beat his toughness.” 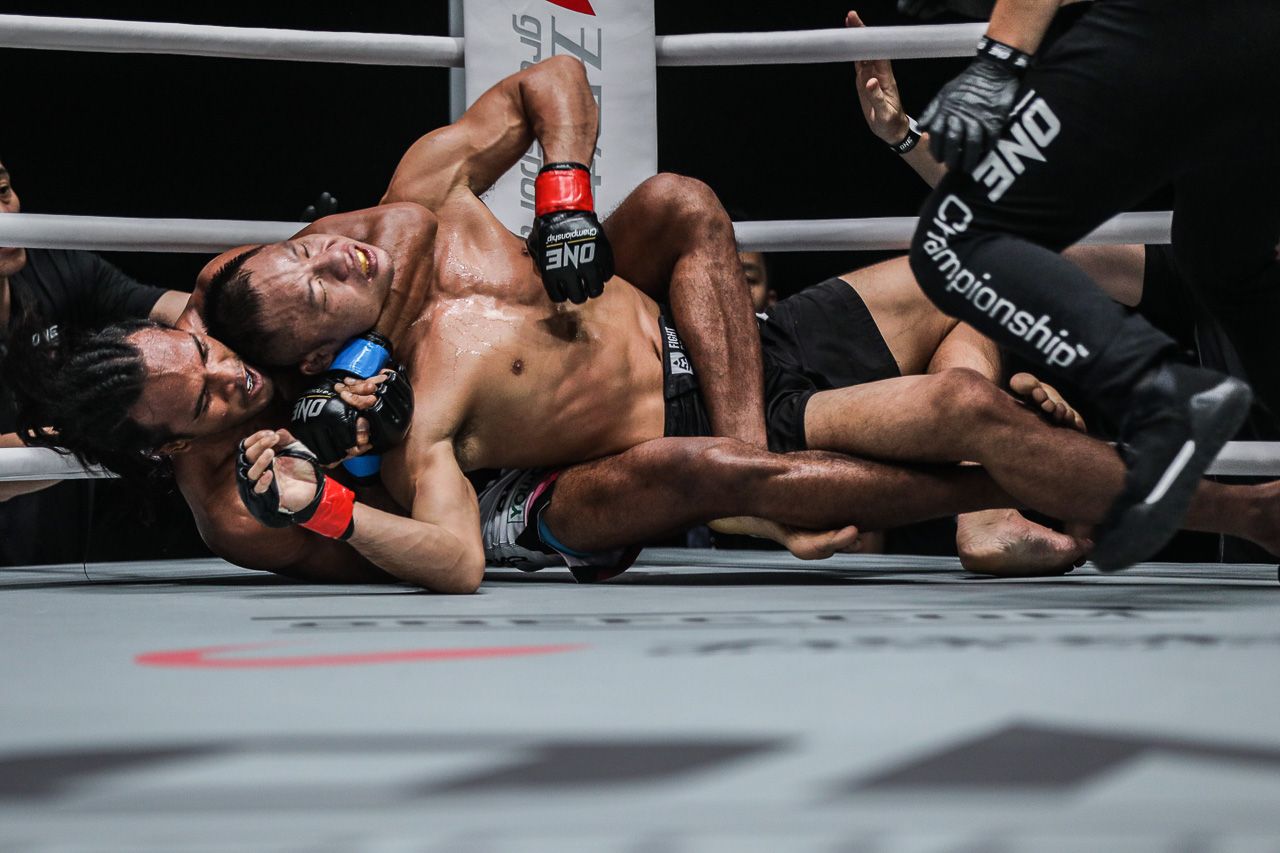 The win improved Aiman’s record to 5-2 and moved him up in the bantamweight rankings.

Though he lacks the experience of some of the division’s top stars, the victory over an undefeated athlete with a 100 percent finishing rate means he has earned a step up to face them.

It is a prospect he welcomes, but he admits he will have to work harder than ever in the gym if he is to succeed in his next challenge.

“I think I need to do better against tougher guys. I still have a lot of things to work on and improve,” he said.

“It’s a big leap after this one because there are no more guys at this level. I have to get stronger, faster, and improve my skills.

He added, with a laugh: “I’m excited and scared at the same time because there are a lot of tough dudes.”