The Malaysian became the first man to defeat “Rock Man” Chen Lei at ONE: BEYOND THE HORIZON.

He submitted the unbeaten Chinese hero via rear-naked choke in the second round of their bantamweight clash, and stunned his opponent’s supporters inside the Baoshan Arena in Shanghai.

Chen started out aggressively, throwing a head kick early before pushing forward for a pair of takedown attempts. The 23-year-old Malaysian initially defended well, but “Rock Man” was relentless in his pursuit, and finally landed a takedown on his third try.

The 29-year-old from Changsha was not able to capitalize, however. Time was running out in the first round, and Aiman – a MIMMA Featherweight Champion – was able to avoid taking much damage.

In the second frame, “Jungle Cat” looked to keep the bout upright so he could unleash his creative striking repertoire, but Chen – a Shanghai Open BJJ Champion – remained focused on his grappling-based game plan. 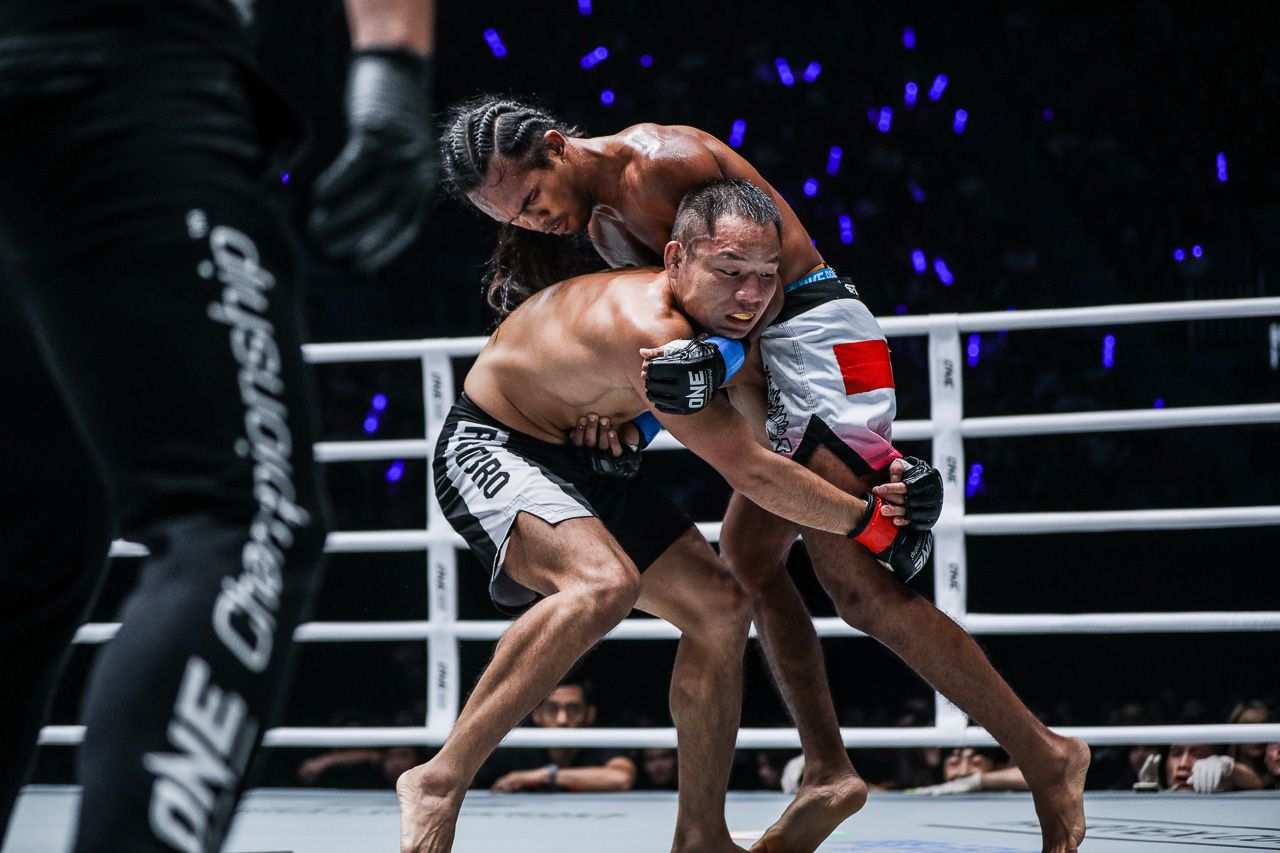 He continued searching for the takedown, but Aiman masterfully defended yet again.

Once they were separated by the referee, the Malaysian scored with his sharp kickboxing – connecting with various punching combinations and body kicks.

Chen caught one of those body kicks, and drove him to the corner for the takedown, but “Jungle Cat” was well-prepared.

Aiman slithered his way to the local hero’s back to set-up the standing rear-naked choke. Once his left arm was under the chin, he jumped on his adversary’s back, and locked in a body triangle with his legs.

Despite his best efforts to survive, “Rock Man” was forced to tap out at the 4:35 mark of round two. 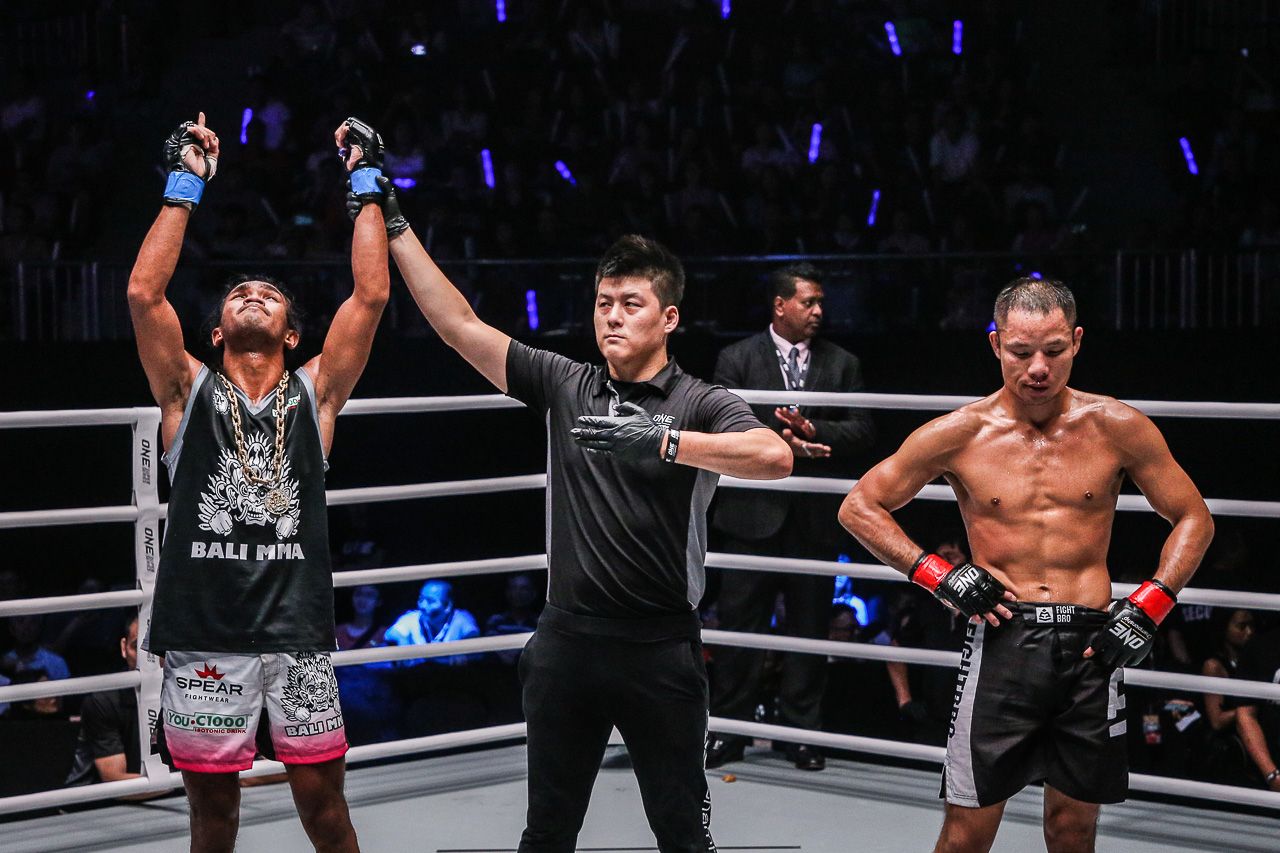 In victory, Aiman improved his record to 5-2, secured his third consecutive victory, and blemished the Chinese warrior’s spotless record.