Miles “The Punisher” Simson battled courageously to score a come-from-behind victory in his ONE Super Series debut.

The Dutch-Surinamese striker defeated fellow Dutchman Santino Verbeek by unanimous decision in their welterweight kickboxing clash at ONE: FULL BLAST, which aired on Friday, 28 May. 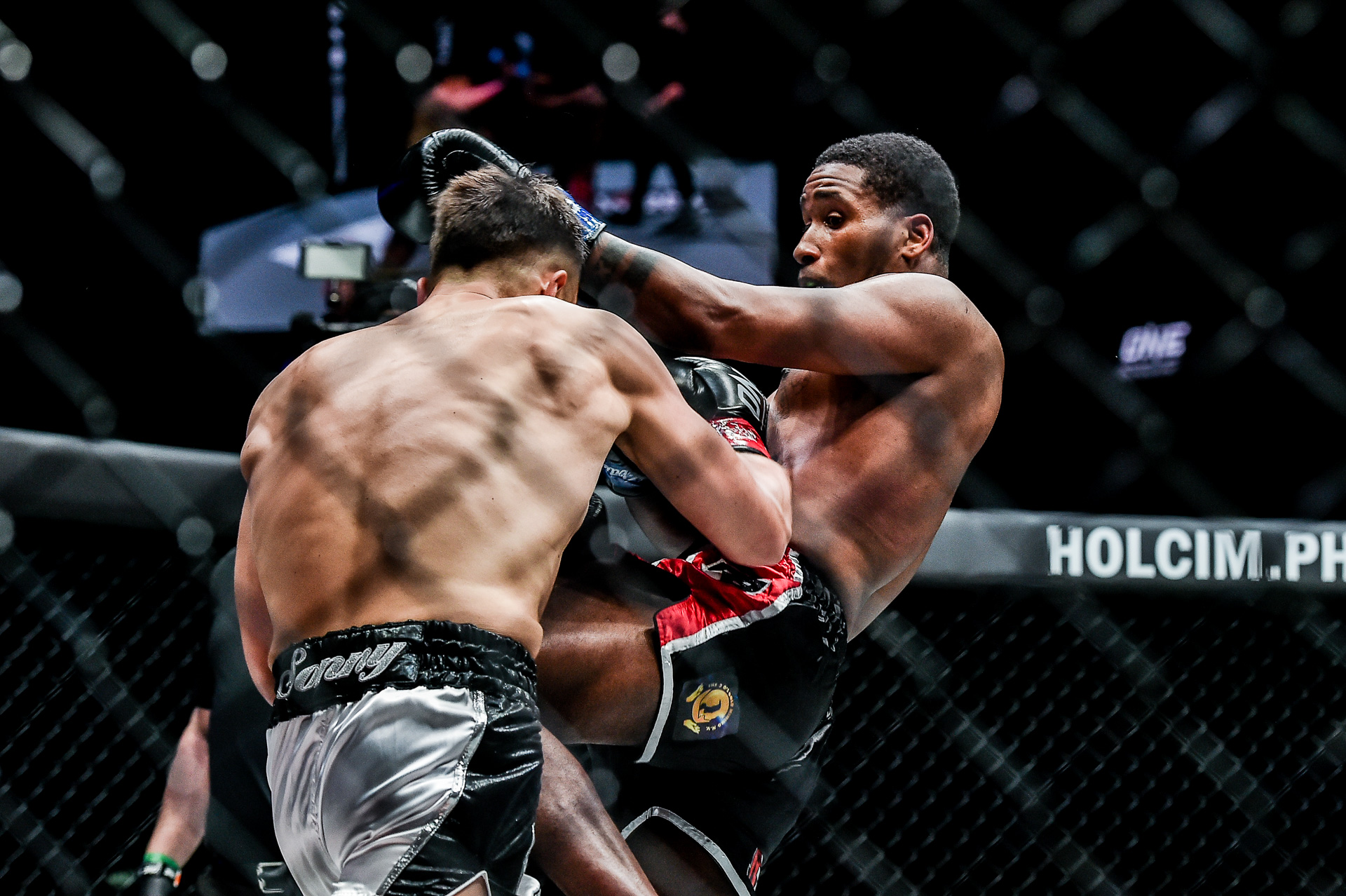 Both men started the matchup at a furious pace, with Simson using low kicks and push kicks to unsettle Verbeek, and the latter relying on low kicks and multi-punch combinations to stifle his opponent.

As the fiery exchange took place, “The Punisher” launched his compatriot across the Circle with one of his push kicks.

The two kickboxers kept up that tiring pace throughout the round, but Simson began sending high marching knees into his rival’s chest. Verbeek tried to nullify those attacks by increasing his boxing output, as he ripped dangerous left and right hooks at Simson. 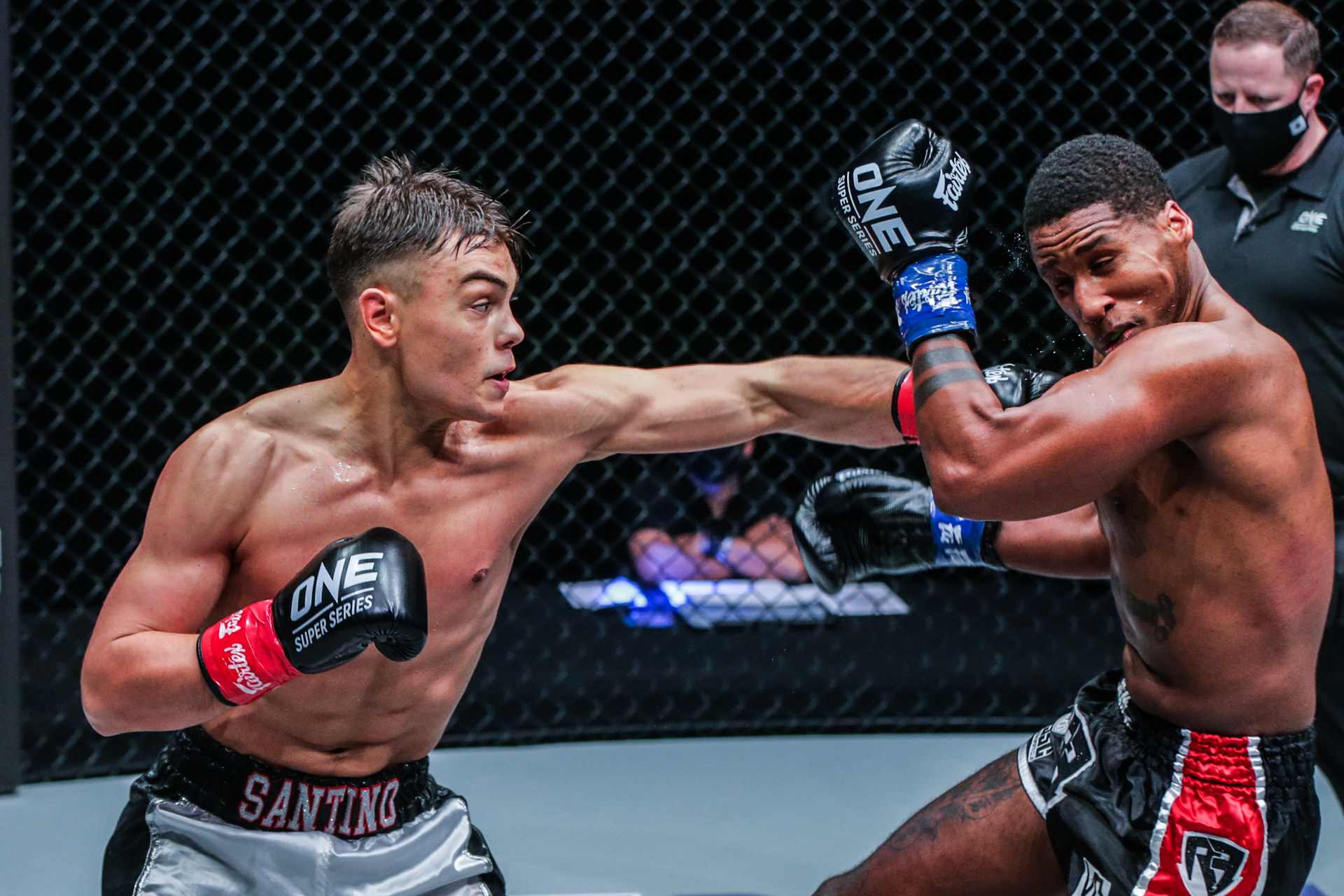 At the start of round two, Simson shuffled between orthodox and southpaw stances, launching kicks up and down the left side of Verbeek, but they did little to slow the Sokudo Gym athlete. Instead, Verbeek answered with a superb boxing combination and a step-in knee that folded Simson.

Simson, however, went on the attack for the rest of the round, stepping in, pulling down the guard of Verbeek, and unleashing knees to his gut and sternum. Verbeek fought off the back foot valiantly, whipping punches at “The Punisher” and soaring through the air for a jumping knee to cap off the second canto. 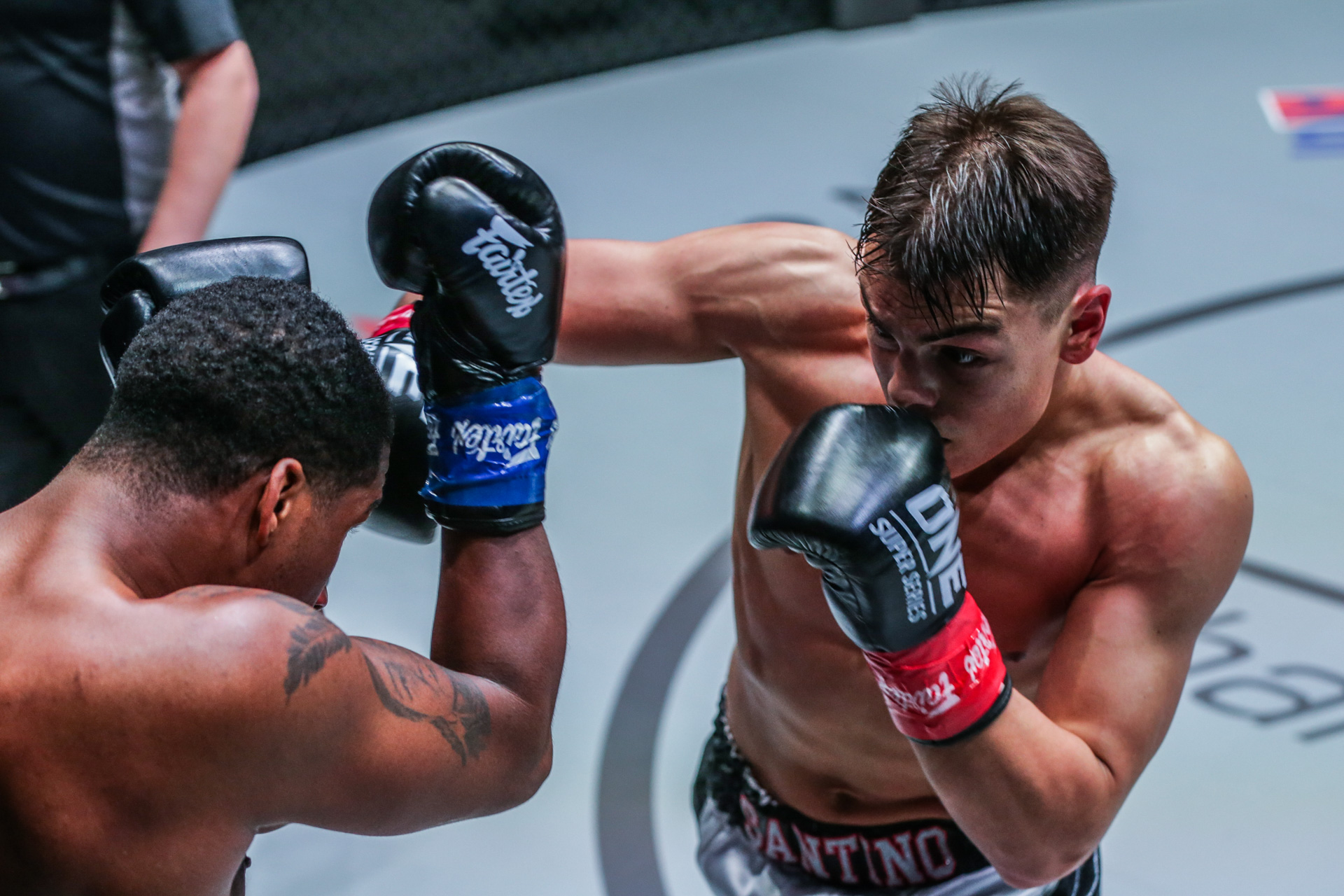 In the third and final round, Simson used his variety of kicks to frustrate Verbeek’s punches, but an unintentional low knee from the latter brought the action to a momentary break.

After the fight resumed, Verbeek bounced around the Circle while sinking body hooks into Simson’s stomach. In response, “The Punisher” bit down on his mouthpiece and marched into the fray, swinging with a left hook-right hook combo that forced his countryman into a shell.

A jumping knee from Simson then sent Verbeek into the Circle Wall – and with just 30 seconds left in the bout, chaos ensued. 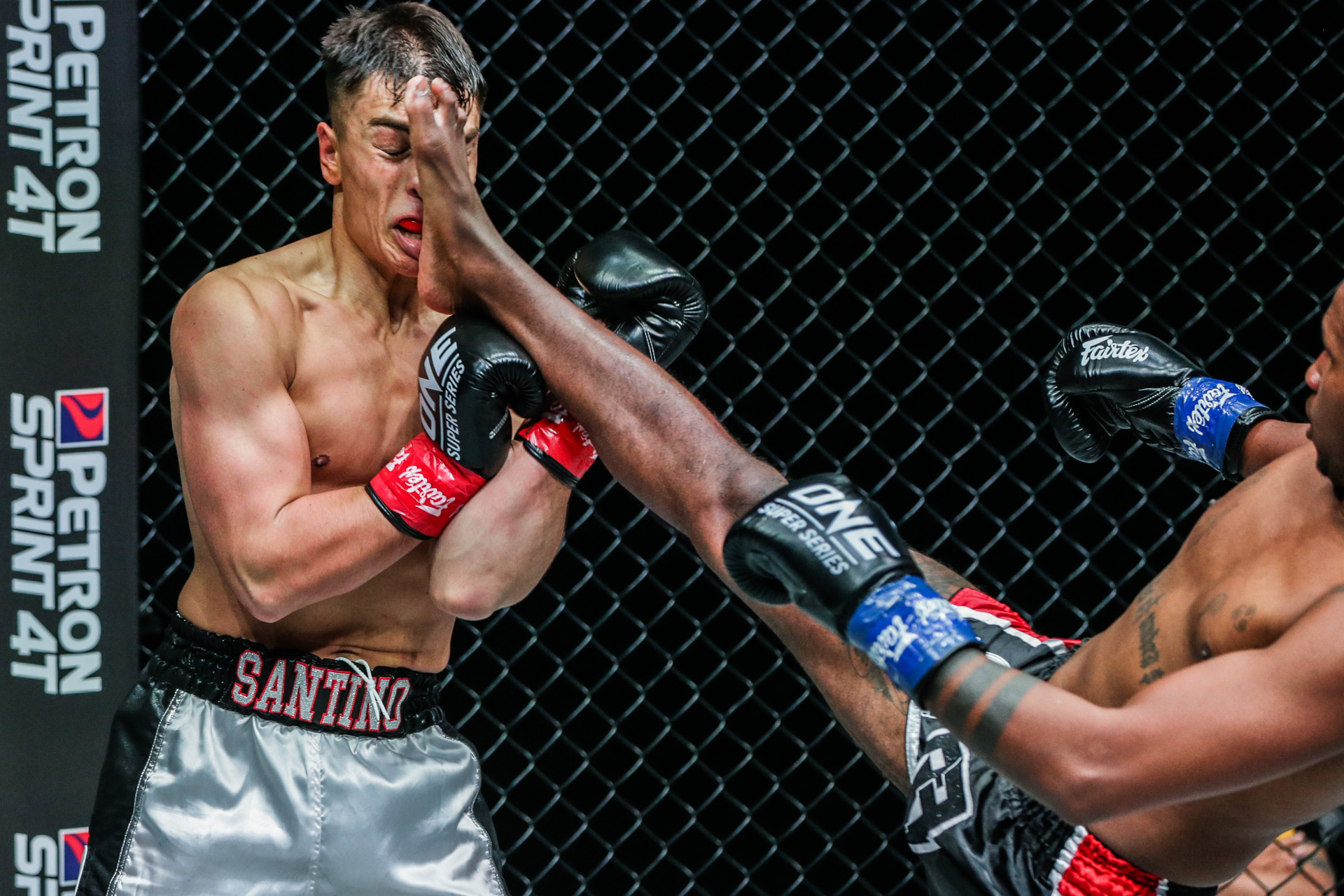 “The Punisher” fired off two push kicks that snapped his rival’s head backward and down.

Verbeek dug deep and countered with more body shots, but Simson unloaded an incredible combination that included a left to the body, a right to the head, a step-through knee, and overhand left and right punches – all followed by a jumping knee.

The statement finish from Simson earned him the judges’ nod after three energetic rounds of action, which improved his combined Muay Thai and kickboxing record to 66-14. 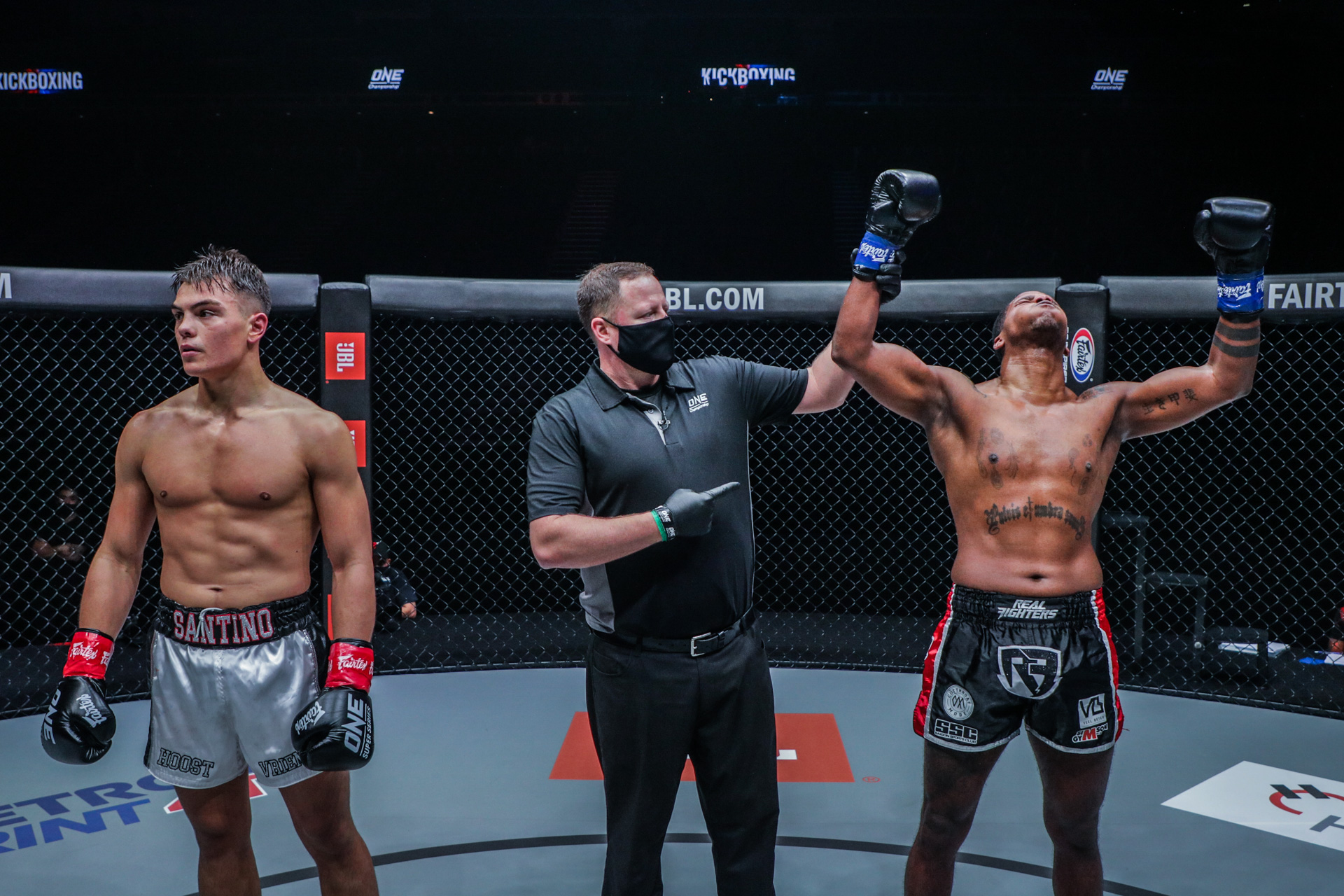