Meng Bo’s thunderous right hand delivered a highlight-reel knockout on home soil at ONE: AGE OF DRAGONS on Saturday, 16 November.

Meng took on former ONE Strawweight World Title challenger Laura “La Gladiadora” Balin in an atomweight contest at the Cadillac Arena in Beijing, China – and the 23-year-old produced a thrilling first-round finish that had the crowd on their feet.

Balin immediately looked to push the pace at the start of the opening round, but Meng took advantage by securing a takedown on the two-time South American mixed martial arts champion.

“La Gladiadora” used a high guard to try to shut down Meng’s attack from the top while also threatening a submission from her back, but the Tiger Wang Gym representative soon changed her approach and returned to her feet.

After she connected with a few kicks to the legs of the still-grounded Balin, referee Olivier Coste ordered the 40-year-old to stand up and the bout continued. 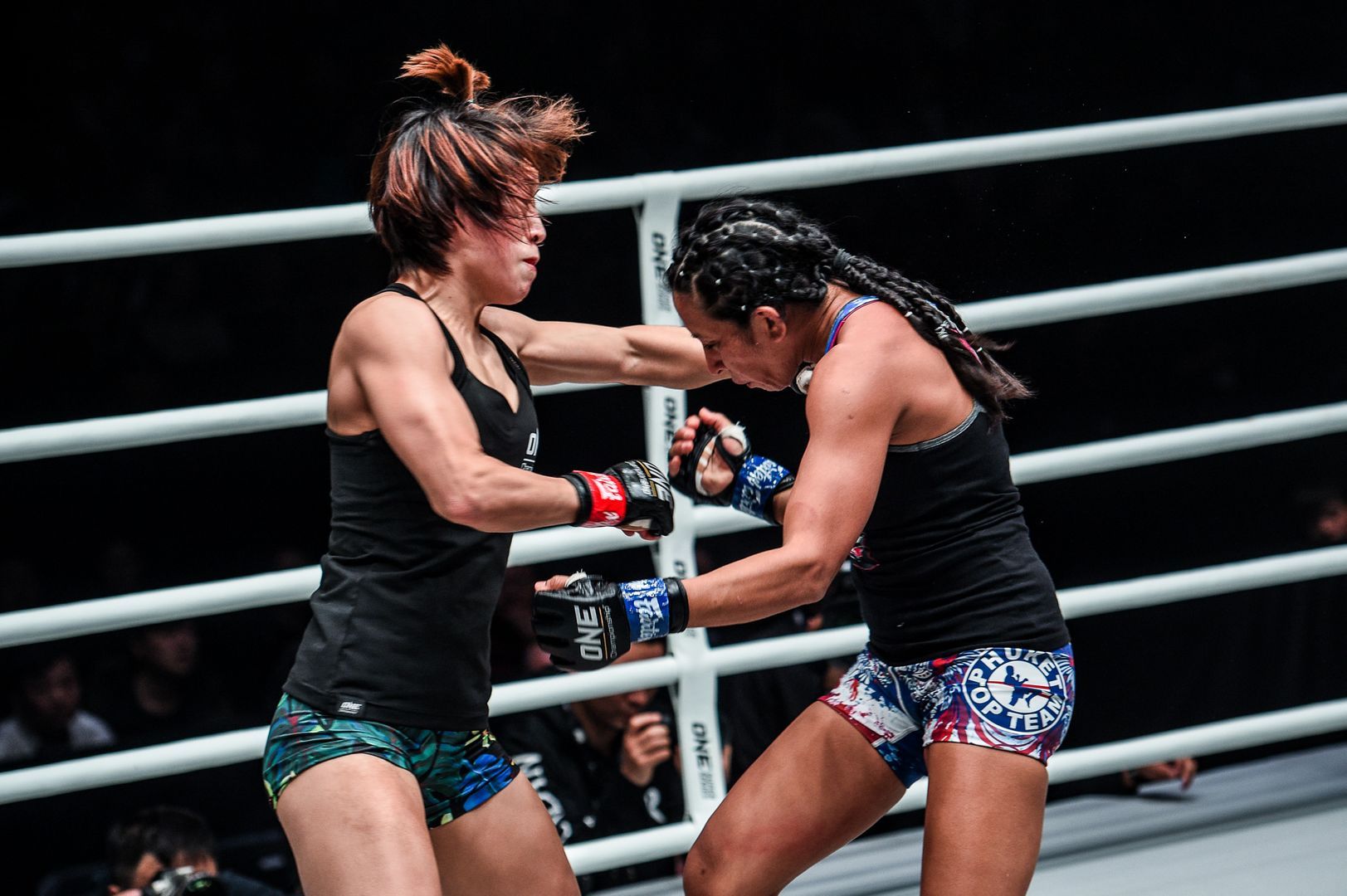 With Balin moving forward looking to land a left hand, Meng stepped back, then planted her feet and connected with a right hand that sent “La Gladiadora” crashing to the canvas.

After a few more punches to her downed opponent, Coste dove in and called a stop to the contest at the 2:18 mark as the Beijing crowd hailed their hero’s huge first-round knockout victory.

The result moved the Changsha native’s record to 14-5 and announced her arrival on the global stage as one of the most talented rising stars of the atomweight division. 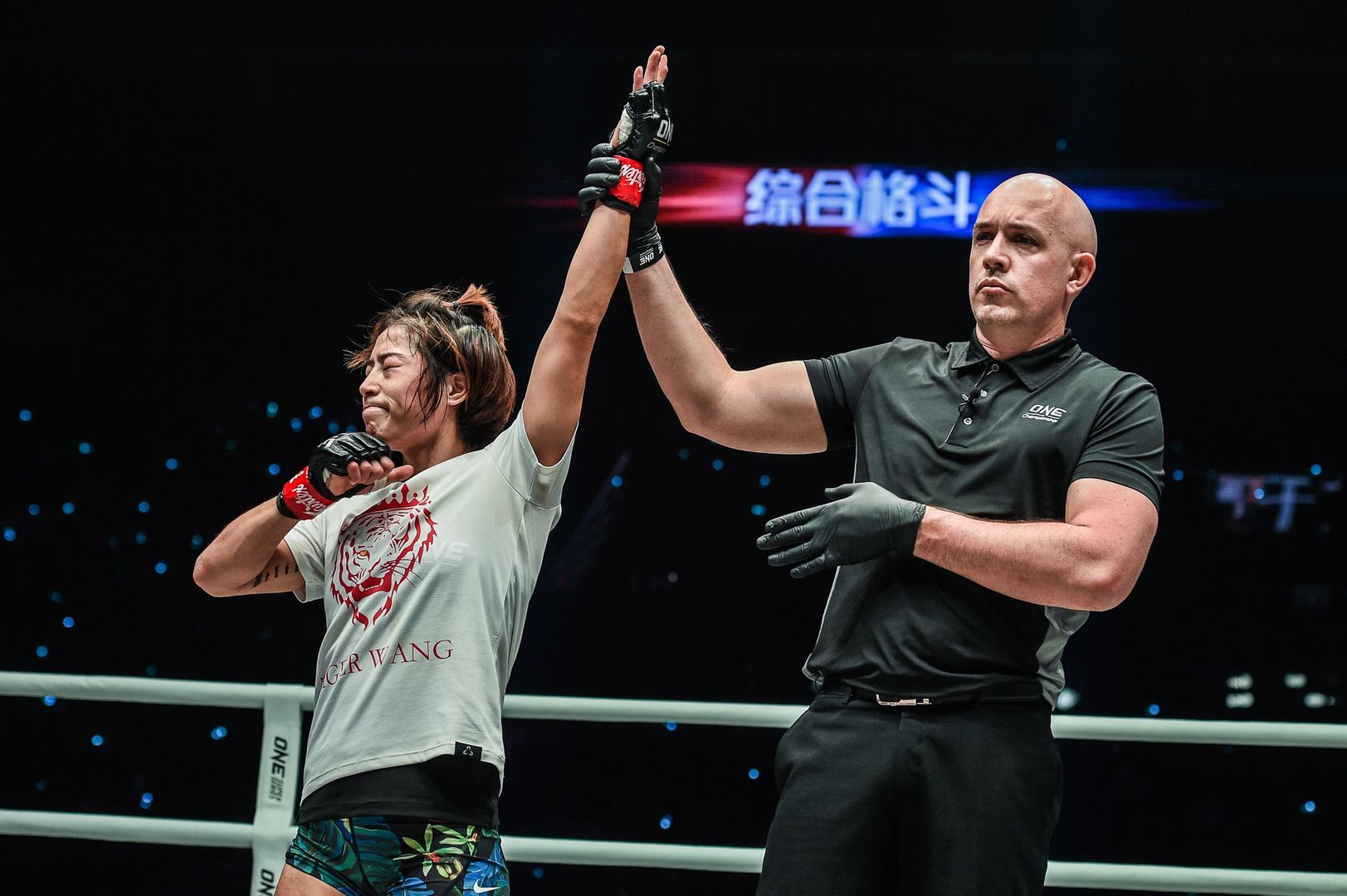 The Chinese star already has a plan for her next outing, as she explained that she would love to face Japanese icon and two-time World Title challenger Mei “V.V” Yamaguchi.