ONE Championship’s newest recruit from Rich Franklin’s ONE Warrior Series (OWS) admits he was worried he might not get an offer to join the main roster, but he may have been the only person that thought that.

Team Lakay’s Lito “Thunder Kid” Adiwang earned a six-figure deal to compete on the global stage following his win via unanimous decision at OWS 7 against Anthony “The Antidote” Do on Tuesday, 6 August.

Despite his dominant performance, the 26-year-old explains that he was not satisfied with the way things turned out in the ring.

All the incredible action that went down at ONE Warrior Series 7!

All the incredible action that went down at ONE Warrior Series 7!Download the ONE Super App now ???? http://bit.ly/ONESuperApp

“After the fight, I was a little bit upset because I did not get the finish that I wanted,” he says.

“What I want was a knockout win, but Anthony Do is a really great fighter – he’s really elusive. I hit him with combinations, but they were not that solid.”

The man from Baguio was desperate to get another stoppage to add to the two KOs that had earned him Warrior Bonuses in each of his other OWS match-ups.

“In the third round, I was really worried. I was hoping to come in and get an impressive win to get that contract,” Adiwang adds.

“I felt like I was dropping in the third round, mainly because I wanted a dominant win, but the match was very close. To be honest, I felt like I wasn’t going to be given a contract.”

“Thunder Kid” had no reason to be concerned. His display was his most complete in The Home Of Martial Arts’s developmental league, and it was made even more impressive because it came against his toughest opponent yet. 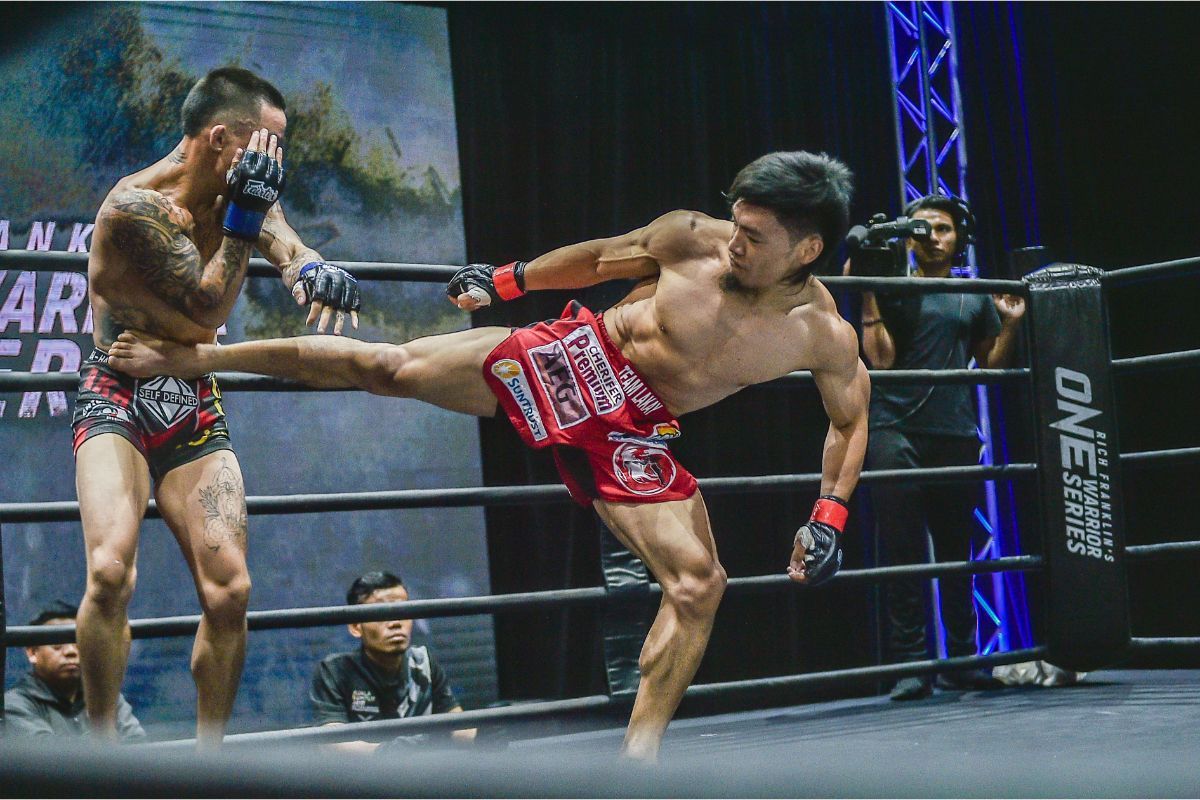 OWS bosses, including CEO Rich Franklin, said that Adiwang had never failed to live up to their expectations, and they expect him to go onto great things in the world’s largest martial arts organization’s strawweight division.

Despite his reservations, Adiwang is delighted to get the chance to take another step up in his career, and while he is under no illusions he will need to be at his best to succeed, he is committed to adding to his highlight reel when he gets the chance to perform on a flagship ONE live event.

“‘Finally,’ that’s my reaction. ‘Finally, I got it.’ I am really happy that I’m on the big stage now. It will be harder now, but finally, I’m here,” he adds.