An explosive start to the action in Yangon! ????TV: Check local listings for global broadcast | PPV: Official livestream at oneppv.com

Kevin “Old Boy” Chung may be a fresh face to ONE Championship, but the promotional newcomer showed his immense talent, and had an impressive debut on Friday, 30 June.

The 24-year-old South Korean kicked off the main card of ONE: LIGHT OF A NATION with an exciting performance, defeating Chinese grappling ace Zhong Qing Ya via second-round TKO in their catch weight bout.

After a touch of gloves, the two traded jabs and flashed some fancy footwork. Following an overzealous high kick by Zhong, Chung immediately dove in for a takedown. Both competitors ended up against the cage, and then separated to create some space.

“Old Boy” connected with a couple of perfectly-placed overhand rights, then landed a spinning back kick to the face, which got his opponent’s attention. There would be plenty more exchanges on the feet, and the opening stanza came to a thrilling end, with both men standing in the middle and swinging for the fences.

Though the second round was competitive in the opening minutes, the South Korean managed to take Zhong to the floor, and wound up in his guard. There, Chung slipped through with a knee slice pass that was as slick as butter. 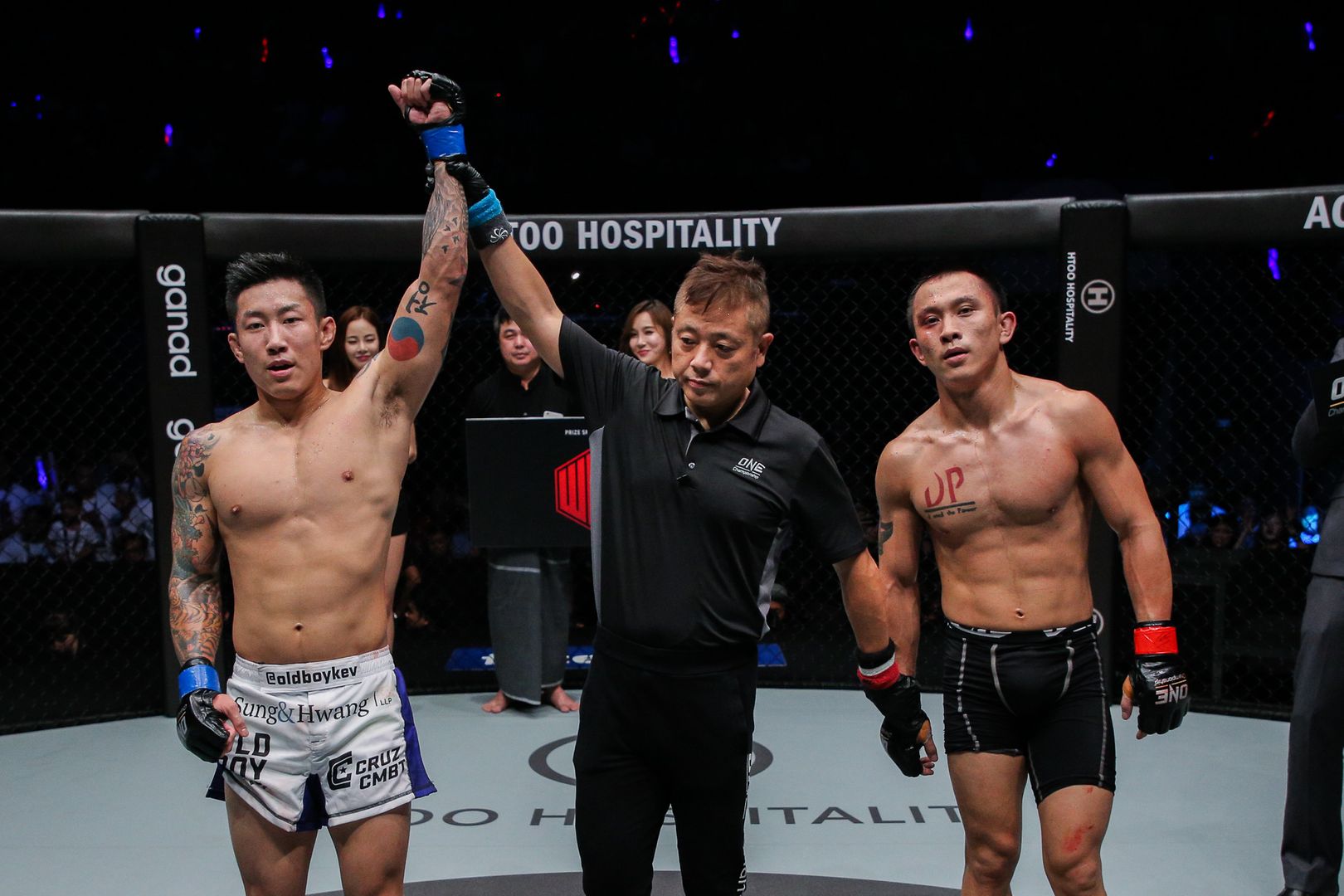 He landed some nice punches and kicks from side control, and when the Chinese grappling specialist turtled up, “Old Boy” took advantage of the position and delivered a pair of knees to the head.

It was all over from there, as referee Yuji Shimada then stopped the match and awarded the victory to the debutant.

Chung improves his record to 5-0, and is poised to make a name for himself in the bantamweight division. As for Zhong, he falls to an even 2-2.