“Mighty Warrior” Kang Ji Won has steamrolled his way through the competition since turning pro, but now, he’s bracing for the biggest challenge of his mixed martial arts career.

This Friday, 5 March, the undefeated South Korean phenom will face Greco-Roman Wrestling World Champion Amir Aliakbari in the main event of ONE: FISTS OF FURY II.

The self-proclaimed “Iron Sheik” will be making his ONE Championship debut at the previously recorded event in Singapore, and just like Kang, he’s enjoyed plenty of success in mixed martial arts.

The brash Iranian owns a 10-1 professional slate, with 70 percent of his victories coming by first-round knockout.

“I know Amir Aliakbari has competed against a lot of guys, and I also know a lot of guys have failed,” the South Korean says.

“I studied a lot about Amir Aliakbari’s past bouts, and I’ve been preparing well for him. Of course, I am here to compete, I am here to fight, and I am here to win, so there’s no doubt I’m going to win on Friday night.”

Kang Ji Won TURNED HEADS with this ONE debut against Mehdi Barghi! Up next — Amir Aliakbari on 5 March ????

Kang Ji Won TURNED HEADS with this ONE debut against Mehdi Barghi! Up next — Amir Aliakbari on 5 March ????

Posted by ONE Championship on Sunday, February 7, 2021

Kang got a taste of the danger he’ll be facing when he fought Aliakbari’s AAA Team training partner and Iranian Freestyle Wrestling Champion Mehdi Barghi at ONE: UNBREAKABLE III last month.

Early in that fight, Barghi rushed at “Mighty Warrior” with punches and then landed takedowns, putting the South Korean behemoth on the canvas and attacking him with ground strikes.

But Kang turned the tables in the final 90 seconds of the opening stanza. He managed to sweep the Iranian before piercing him with punches and elbows. And when Barghi rolled over to escape, “Mighty Warrior” held on tight, secured the back mount, and pounded away to earn the TKO victory.

That stunning comeback marked Kang’s fourth consecutive first-round stoppage win, and though he was thrilled to keep that impressive streak intact, the South Korean also gleaned some valuable lessons that will aid him against Aliakbari.

“In the last bout, I think my mistake was not preparing enough for the ground game and his grappling,” the 25-year-old Geoje resident says.

“I learned a lot from the last bout. I started training a lot on my ground game and grappling, so I’m very confident wherever the fight or the bout takes place.” 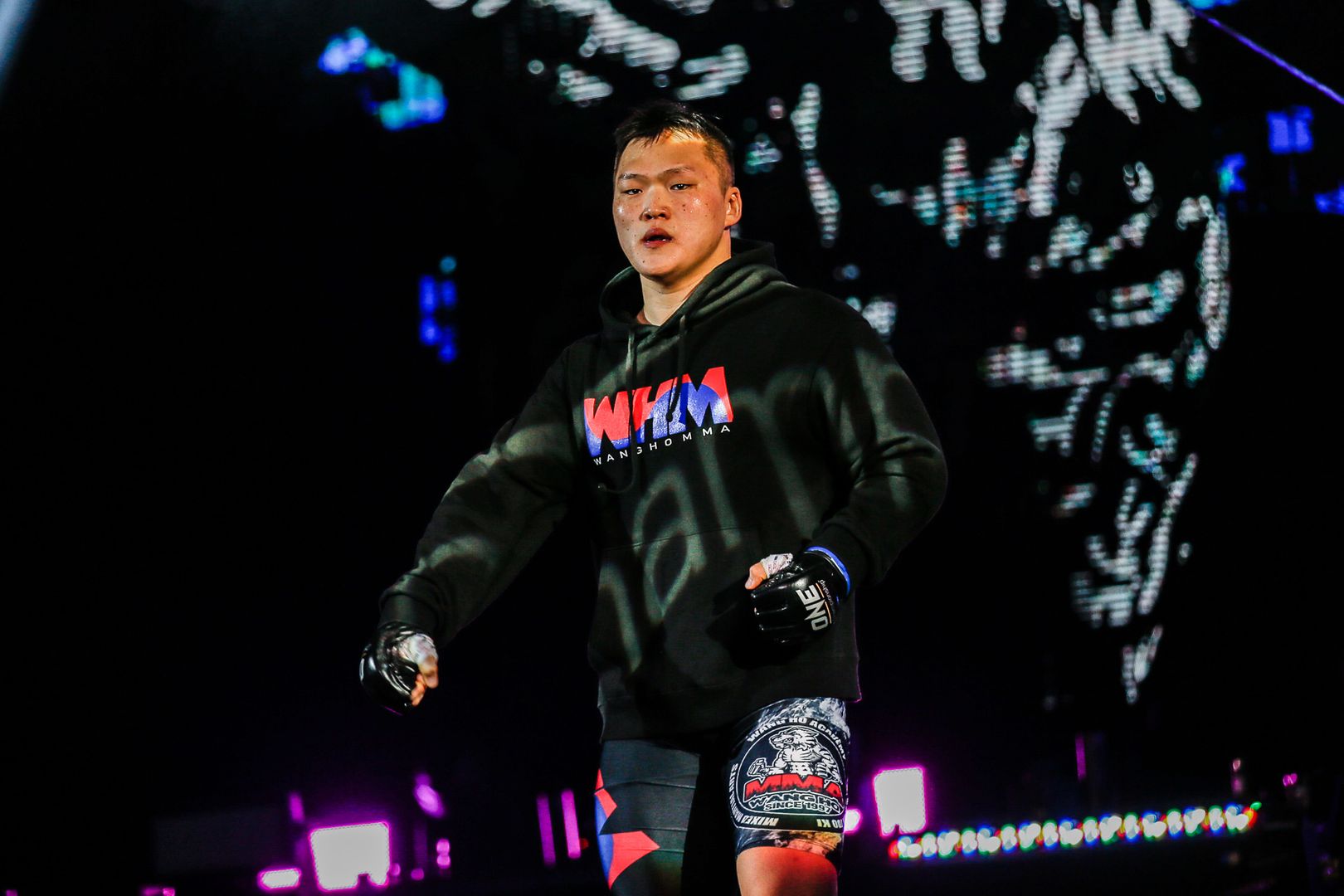 Kang will need those improved skills at ONE: FISTS OF FURY II, as the heavy-handed Aliakbari is a decorated grappler who’s proven himself at the elite level and can take down his opponents at will.

The Tehran resident has achieved many impressive accolades in martial arts, with the highlight being a gold medal in the Greco-Roman category at the 2010 World Wrestling Championships.

The South Korean knows “Iron Sheik” will bring that world-class wrestling, overwhelming physicality, and competition experience into this heavyweight showdown, but he thinks his own diverse stand-up arsenal and intangibles will give him the edge.

“Amir Aliakbari’s strength is his wrestling and his strength — he is very strong. But his weakness is his striking. He doesn’t really have a good sense of striking,” Kang says.

“I believe I am faster and quicker, and that I have better stamina than Amir Aliakbari. I will use that strength for this bout – I don’t know exactly how, but depending on every situation, I will use my strengths as much as possible to win the bout.” 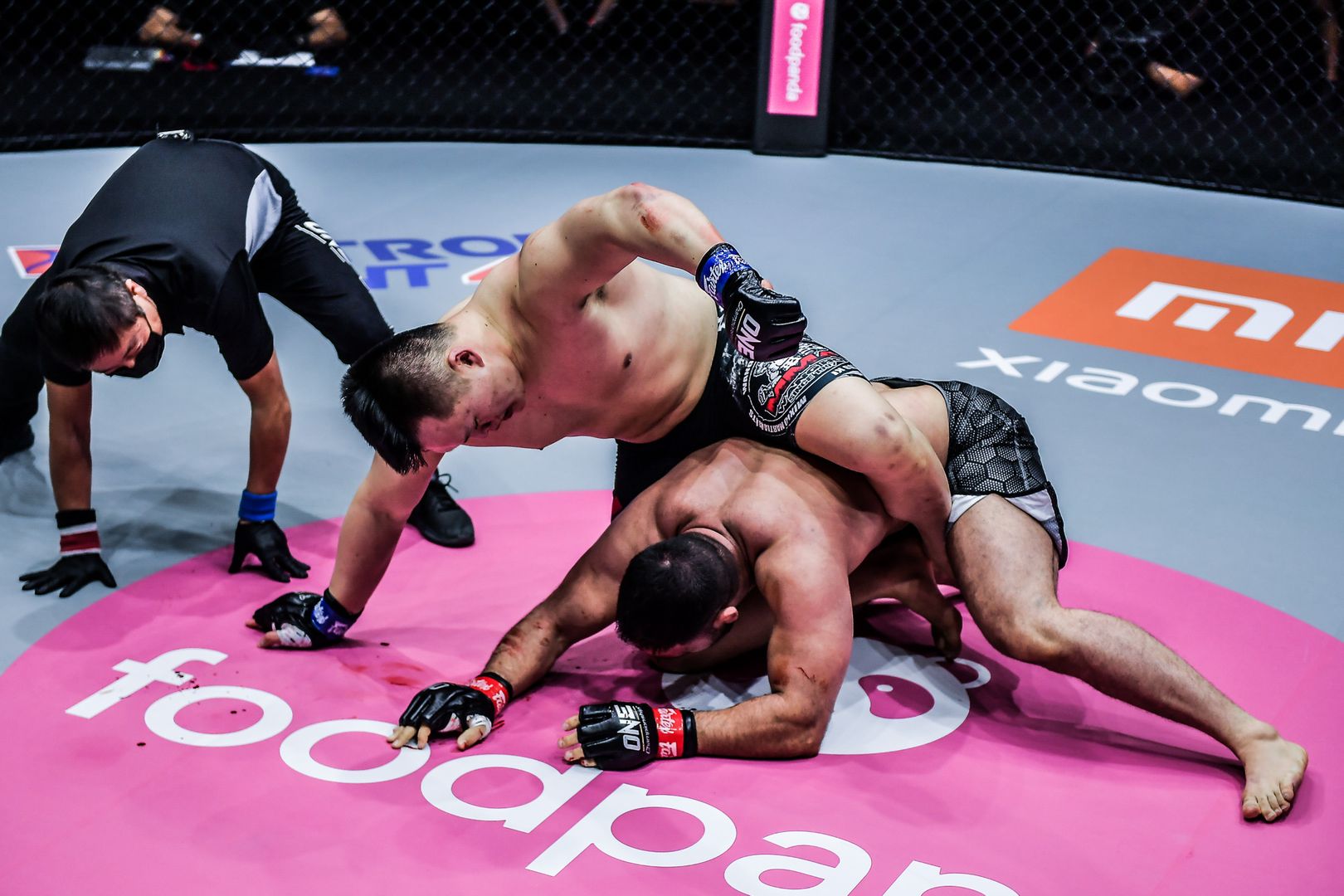 Most importantly, that means not being sucked into Aliakbari’s game plan.

Kang is fully aware that his Iranian rival will look to utilize his grappling pedigree and lunchbox-sized hands, but “Mighty Warrior” plans to weather the storm, outstrike his foe, and go for the knockout.

“I know it’s going to be a tough night on Friday,” Kang says.

A victory over Aliakbari – especially in highlight-reel fashion – would undoubtedly be the biggest of “Mighty Warrior’s” career to date, and it would help him break into the ONE Heavyweight World Title picture.

But unlike his outspoken opponent, who’s constantly called out heavyweight king Brandon “The Truth” Vera, the South Korean is happy to let his fighting do the talking.

“But one thing’s for sure: If given the chance, I would like to face Brandon Vera and challenge him for the belt.”