Jihin “Shadow Cat” Radzuan got back to her winning ways by taking a unanimous decision from an all-action atomweight bout against Vietnamese-American star Bi “Killer Bee” Nguyen.

The Malaysian has earned most of her victories with her ground game, but her striking was on point at ONE: BIG BANG in Singapore on Friday, 4 December. 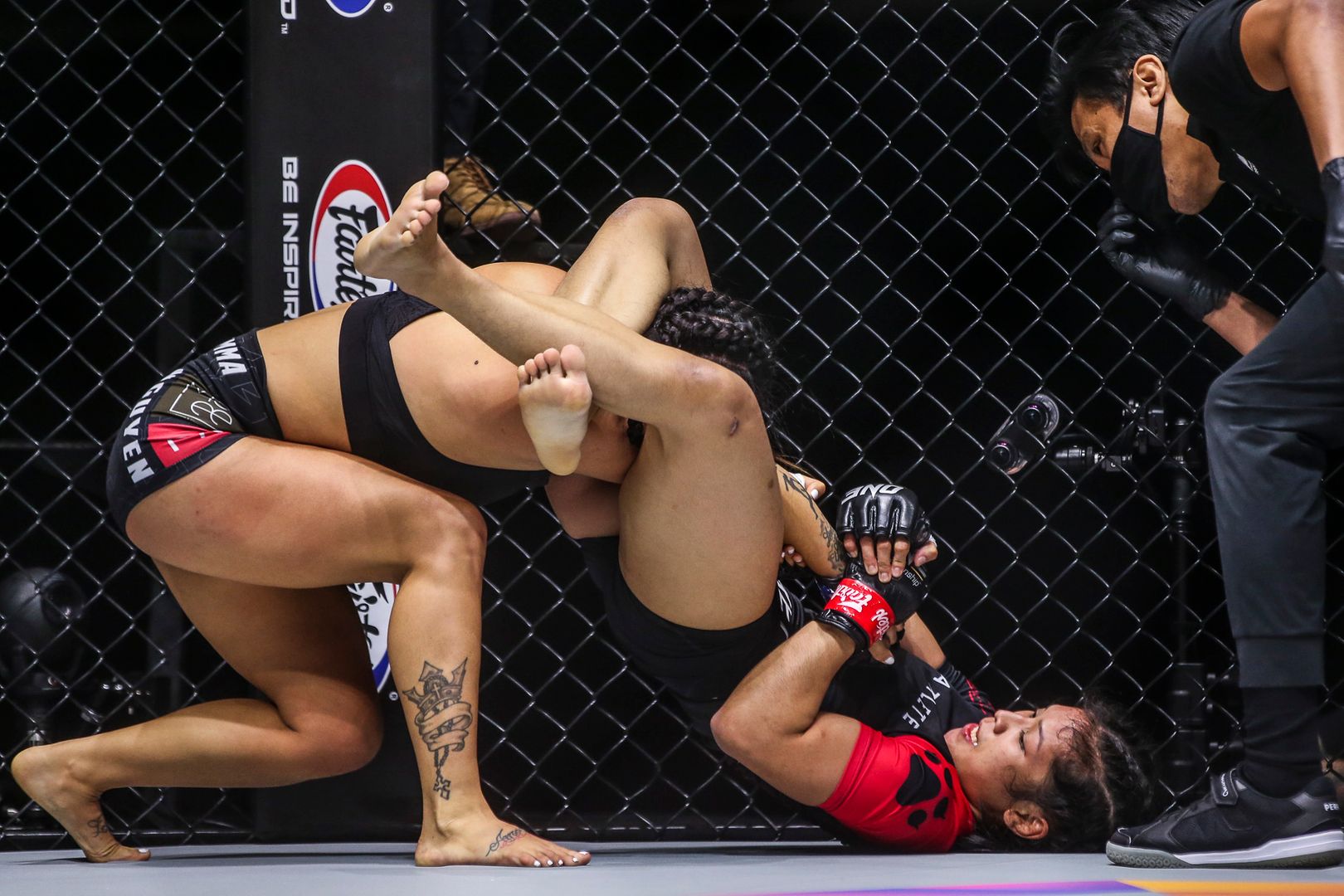 Jihin started this mixed martial arts contest by taking the center of the Circle and countering Nguyen’s explosive punching combinations with left hooks and leg kicks.

That forced Nguyen to change her strategy and use trip takedowns to take the action to the mat.

The Malaysian’s scrambling ability kept her out of trouble on the ground, and her active guard almost earned a submission when she caught “Killer Bee” in a triangle choke. However, Nguyen escaped and the round finished on the feet. 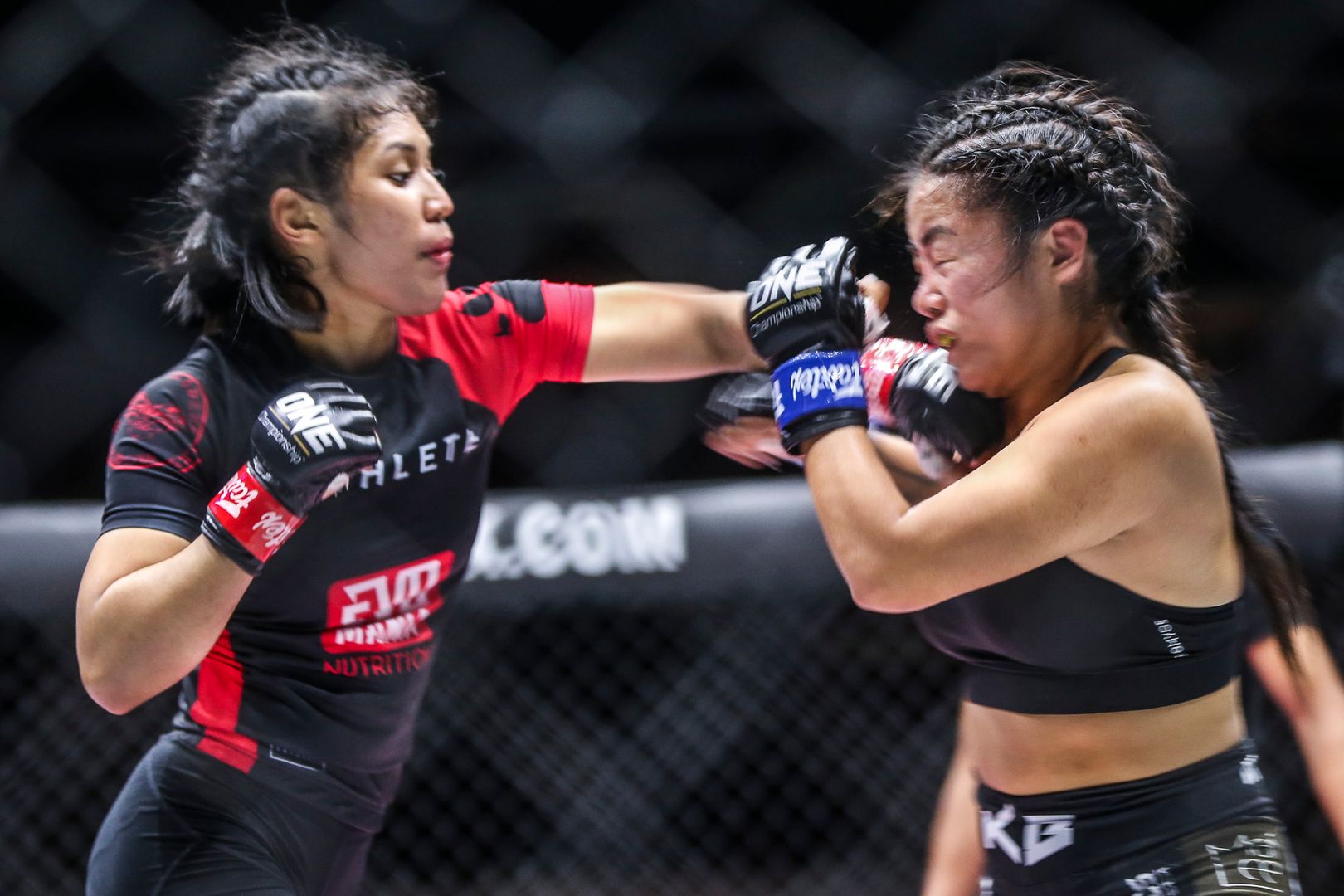 The striking got more aggressive at the beginning of the second stanza.

Both athletes caught each other with hard elbows in the clinch, but they also showed their durability by absorbing the blows.

In this round, it was “Shadow Cat” who initiated the grappling as she caught a kick and hit a beautiful sweep. She then quickly advanced to mount and took the back, but she lost control before the end of the round, while Nguyen found some success with strikes against the Circle Wall. 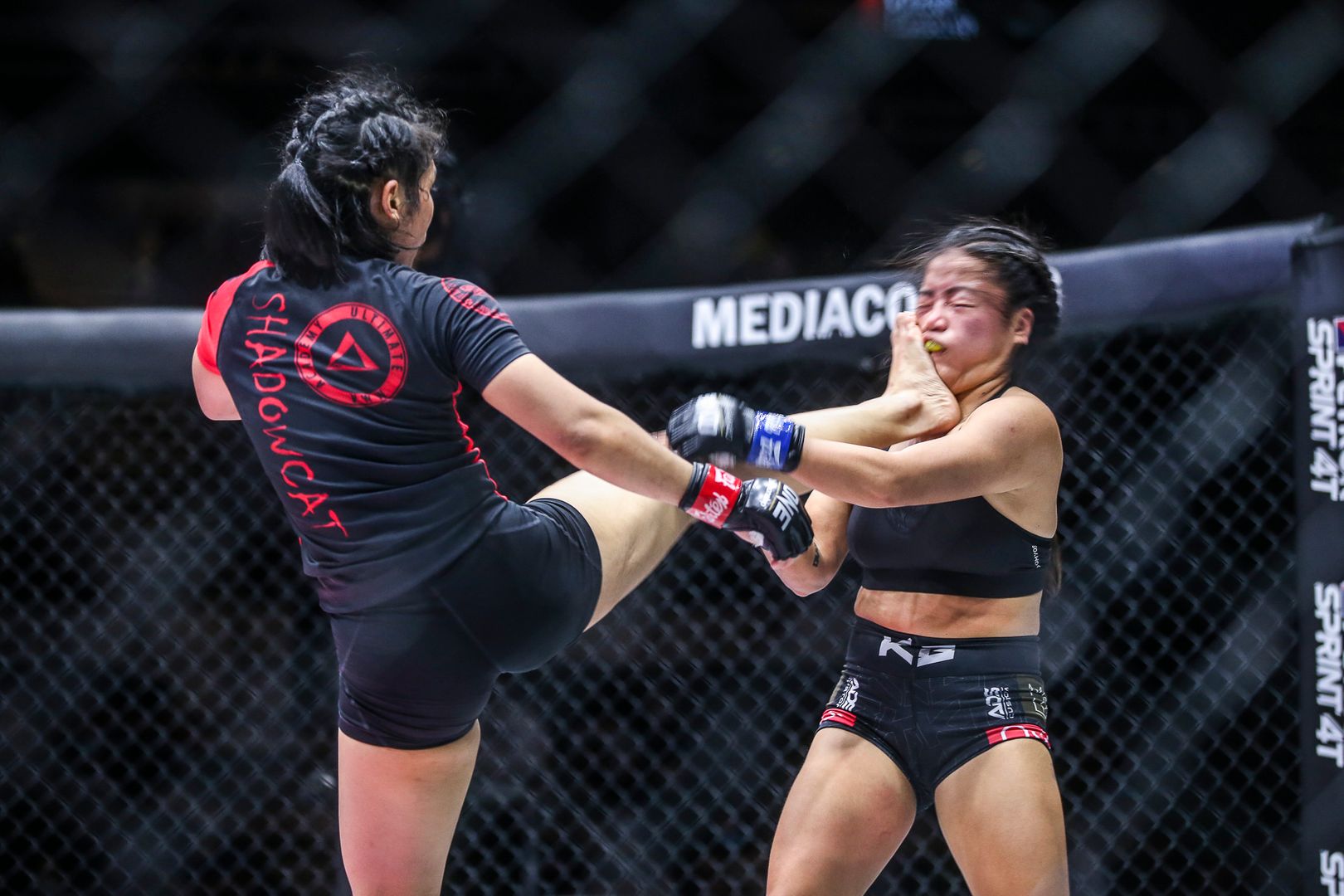 Unlike the previous two rounds, the final frame was all about striking.

Nguyen came forward aggressively and took aim at her opponent’s head, but Jihin was on point with her counter left hook. The Malaysian also landed some hard push kicks to the face, which added more damage.

“Killer Bee” finished strong with a late takedown and unloaded punches from mount, but that flurry was not enough to earn the judges’ favor. 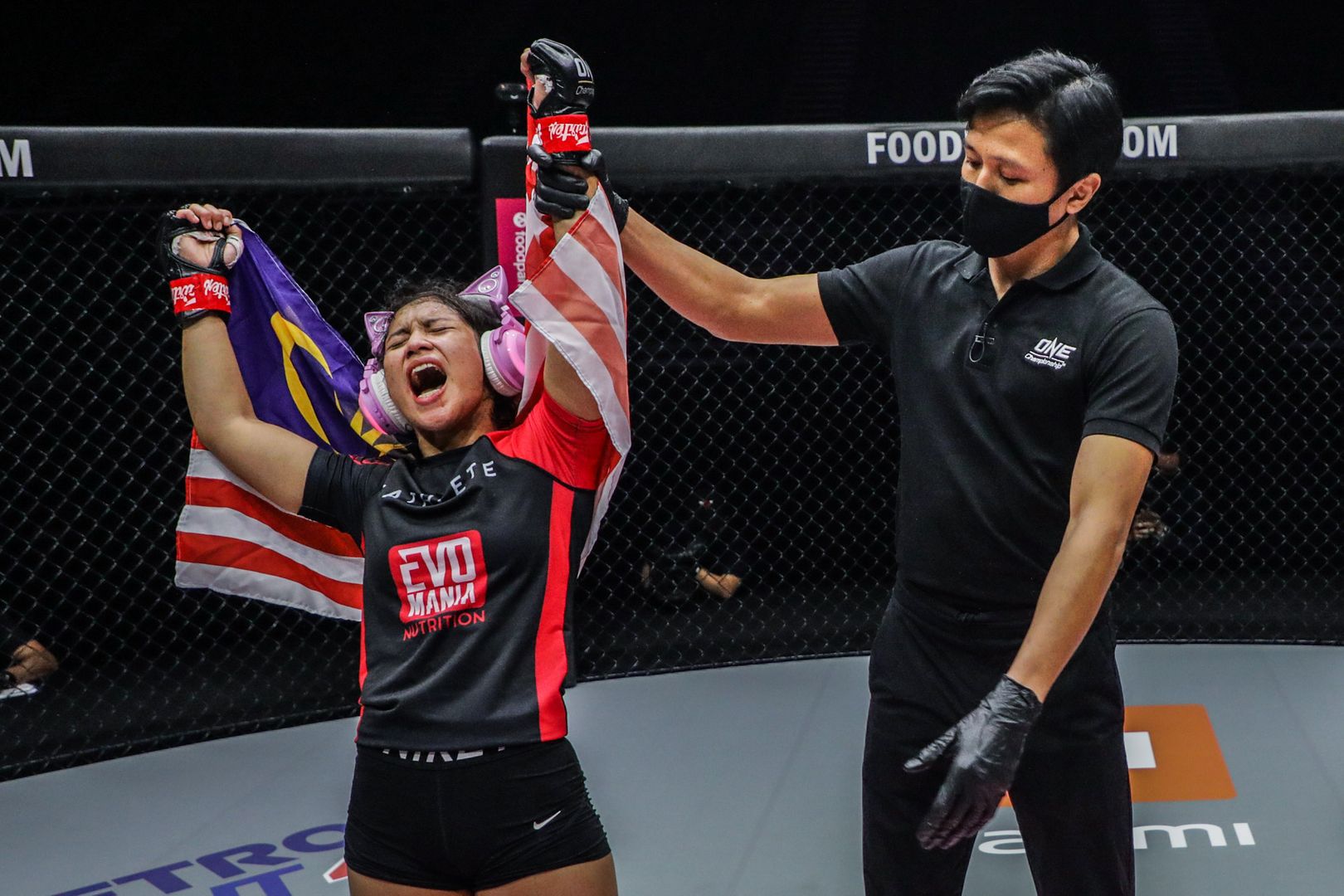 After 15 minutes, all three officials scored the bout for Jihin, who picked up her fifth win in ONE Championship and could potentially break into ONE’s Athlete Rankings.