JD Fairtex Hardwick (4-1) is going for his third straight victory in ONE Warrior Series.

The American, who goes by the nickname “Deadshot,” will face off against Japan’s Eto Kimihiro (14-4-2) in a lightweight main-event clash at ONE Warrior Series 3 this Thursday, 11 October in Singapore, and he believes his diligent preparation will give him a huge advantage.

“I don’t feel like there will be anything that I’m not ready for,” says the former U.S. Army Sergeant, who was previously stationed in Iraq and Afghanistan. 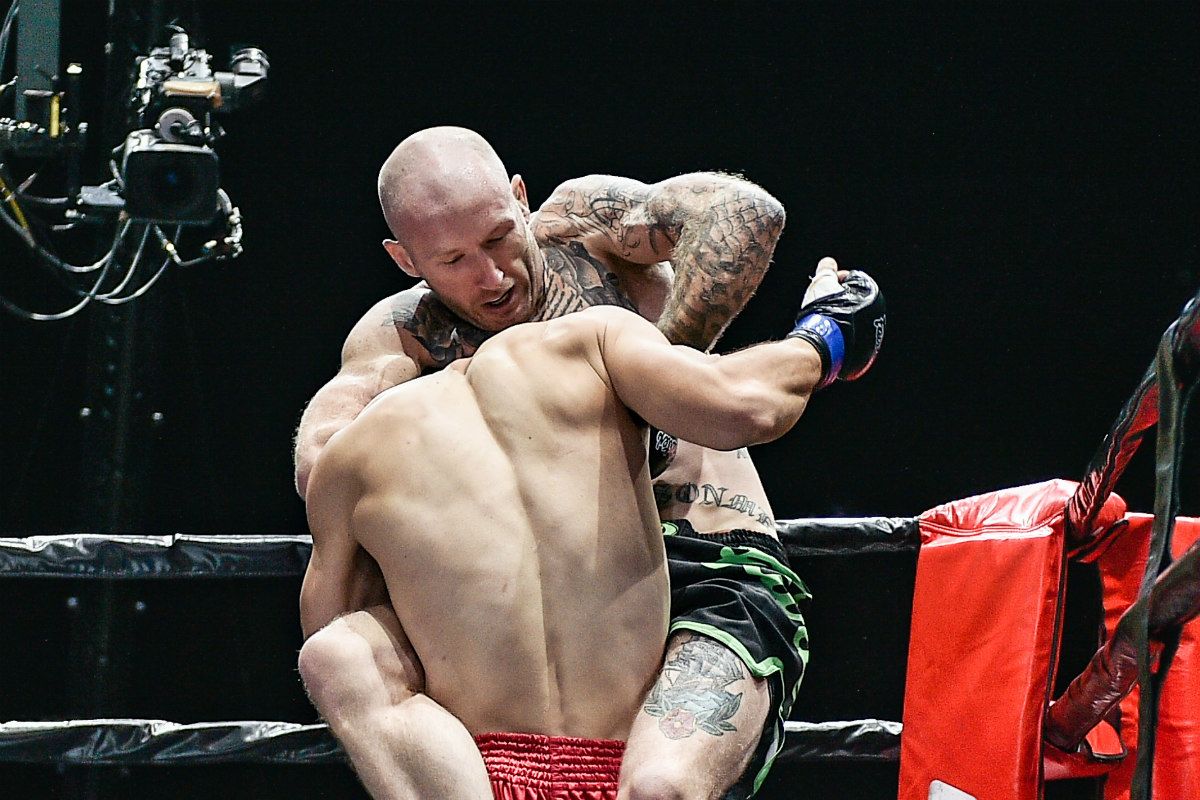 While many may assume this means Hardwick has studied all of Kimihiro’s old bouts, the 30-year-old says that is not the case.

“Deadshot” prefers to train for any scenario and strike when the opportunity presents itself – rather than spending his time watching footage of his opponents.

“People evolve too fast,” he explains.

“I can look at a couple of his fights and see a couple of things that I think he might do, but I don’t want to go out there and it not be the way that I predicted, and then have nothing for it.

“If I can be ready for any situation, train in every bad situation that I can, and work on pushing the fight to where I would like it to go, then it does not really matter where we are in the fight.

“Whether it’s on the ground, in the clinch, or on the feet, I’m going to be able to get my angles and get my finishes.”

Coach @sports_academy911 helping me with some extra work before boxing practice ????????

Since joining the developmental league, he has earned plenty of success.

The American submitted Zhibo Lu via arm-triangle choke at the inaugural OWS event in March, and then tapped out Enkhtaivan Davaabayar via first-round armbar at the second show in July.

There is no doubt “Deadshot” is such an exceptional prospect because of the varied way he has developed his blend of martial arts. The versatile competitor has trained with Zingano Brazilian Jiu-Jitsu, Elevation Fight Team, Factory X Muay Thai, and his current team, the world-famous Fairtex camp.

By training extensively at these top-class facilities and soaking up knowledge, he has diversified his vast skill set and shaped a unique style.

“You have to figure out how to create the best version of you. For me to do that, I had to see a little bit of what all these great coaches have, and figure out what works for me.”

“Ayy, mind is runnin' all day Cost me more than money and I'm payin' the price, yeah I ain't goin' nowhere Killin' myself so I can make me a life” – Post Malone – Paranoid

This Thursday, he will bring all of his skills to ONE Warrior Series 3, where he is confident in his ability to defeat Kimihiro.

Hardwick knows the Japanese wrestling veteran is a talented and experienced adversary, who is coming off a commanding submission win from the July show. However, the American believes he can score the victory as long as he does not let Kimihiro control the action.

“My goal in martial arts is freedom,” he explains. “When I get out there, I just want to be free, so whatever happens, happens. I’ll win the fight wherever it goes.”

Also, with a third OWS victory, “Deadshot” believes he will be awarded a USD$100,000 contract and earn a spot on the main ONE Championship roster.

“I think if I get past him, then it should get me that contract,” he says.