“Arale Chan” Seo Hee Ham came into the Singapore Indoor Stadium looking to prove that she’s indeed the best atomweight in the world – and she’s certainly off to a flying start.

The South Korean completed the semifinal bracket of the prestigious ONE Women’s Atomweight World Grand Prix with a close split-decision win over top-ranked contender Denice “Lycan Queen” Zamboanga in the co-main event of the historic ONE: EMPOWER on Friday, 3 September. 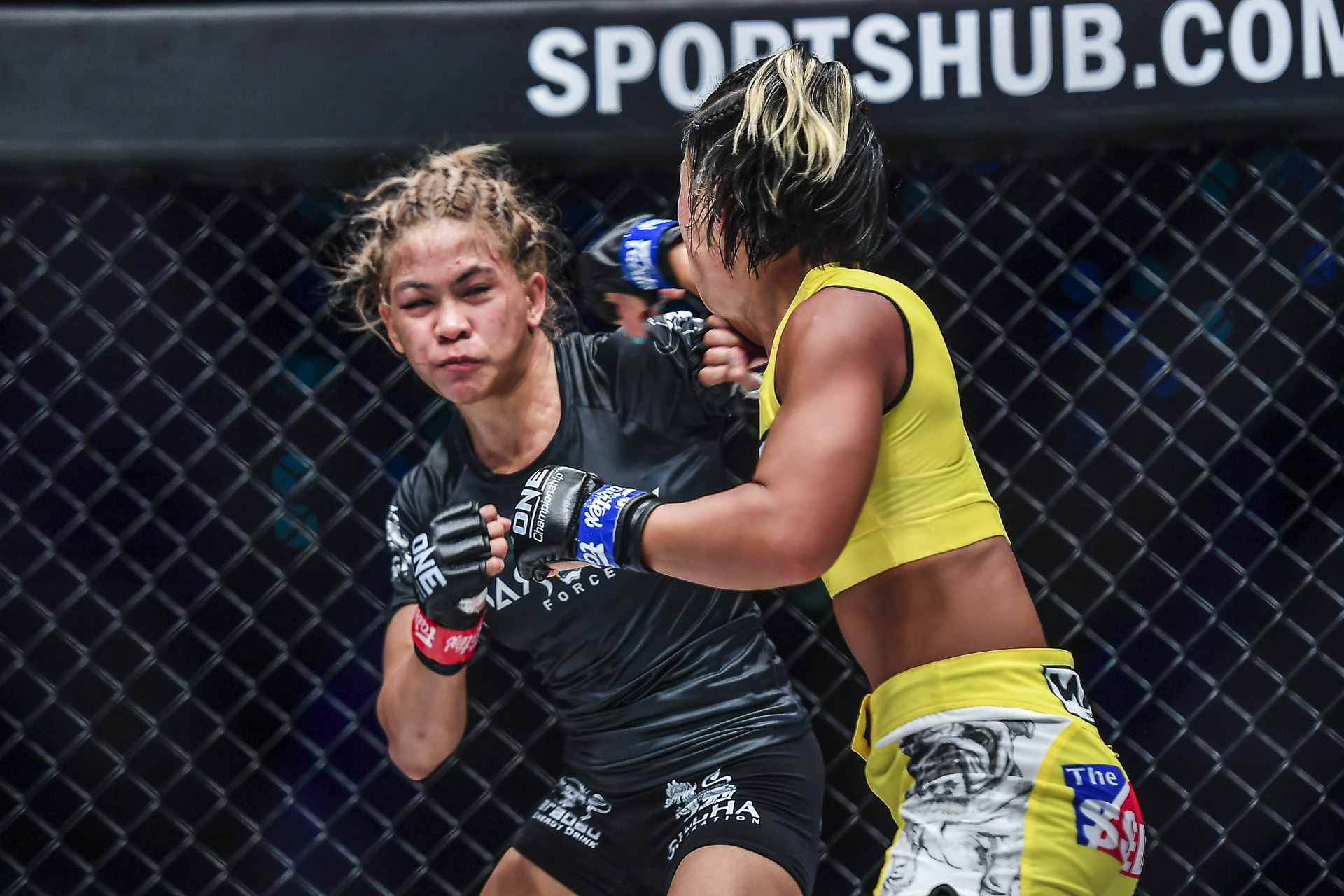 Conversations about Ham’s reputation as a deadly striker were swirling heading into the bout, and she quickly put her Filipina rival on notice with a straight left.

A brief feeling-out process ensued before Zamboanga finally made her move and pushed Ham to the Circle Wall. But “Arale Chan” fended off all of the Marrok Force representative’s advances and kept the action inside the clinch.

The round was closely deadlocked until the final seconds when the “Lycan Queen” scored a takedown.

After a stalemate in the first round, Ham started the second by piling on the pressure, and she quickly connected with a three-punch combination that ended with a straight left and backed Zamboanga up.

The 24-year-old looked to counter each time Ham came in, and though she connected with a few short punches, the South Korean’s left hand was money, and Zamboanga consistently paid the price each time she overcommitted.

Knowing that a striking battle would do her no good, Zamboanga changed levels and scored a takedown, but Ham used the fence to wall walk and get back in the clinch. From there, the Filipina threw occasional elbows and short punches, but that wasn’t enough to convince referee Mohamed Sulaiman to keep them in that position.

Once they separated, “Lycan Queen” moved forward and connected with a solid overhand right, but Ham’s straight left continued to bother the Filipina up to the end of the round. 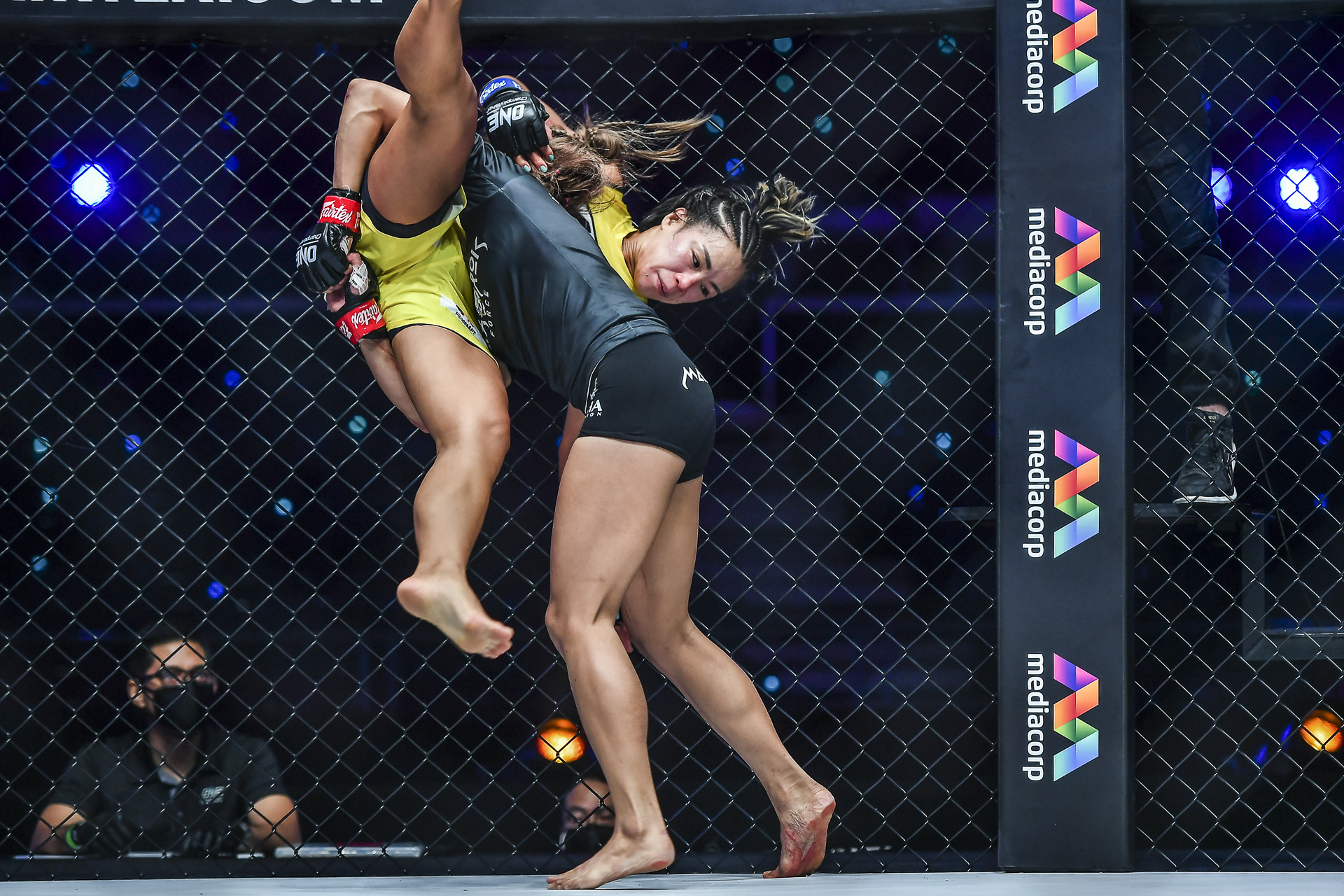 After two close rounds, the match was certainly up for grabs, and “Arale Chan” seemed determined to bring the victory home. She opened by stalking her foe once more, and while Zamboanga looked confident on the feet, Ham utilized that trademark left hand to great effect.

The Filipina attempted to mix up her point of attack on the feet by throwing the occasional head kick, but Ham’s footwork, reach, and speed continued to give Zamboanga problems.

Wanting to stick with her strengths, “Lycan Queen” lunged forward and changed levels. However, instead of getting ahold of Ham’s body for the takedown, they inadvertently clashed heads, which opened a gash in the Filipina’s forehead.

Following a brief recovery time, the match resumed, and Zamboanga instantly bum-rushed the South Korean and slammed her to the ground. The Marrok Force product landed in her rival’s guard and threw wild punches from that position until the final bell rang.

Ultimately, it was Ham’s efficiency and work rate that weighed more in the eyes of two judges, and she left the Circle with a split-decision victory in her promotional debut and advanced to the Grand Prix semifinals.

Whether she faces Itsuki “Android 18” Hirata, Ritu “The Indian Tigress” Phogat, or Stamp Fairtex next all depends on the fans, who will vote for the pairings in the next round of the historic tournament.