Gustavo “El Gladiador” Balart earned the biggest victory of his career at ONE: BATTLEGROUND, as he put together a solid display of mixed martial arts to get past Ryuto “Dragon Boy” Sawada.

The American Top Team representative defeated his Japanese rival via unanimous decision after three rounds of strawweight action at the Singapore Indoor Stadium on Friday, 30 July. 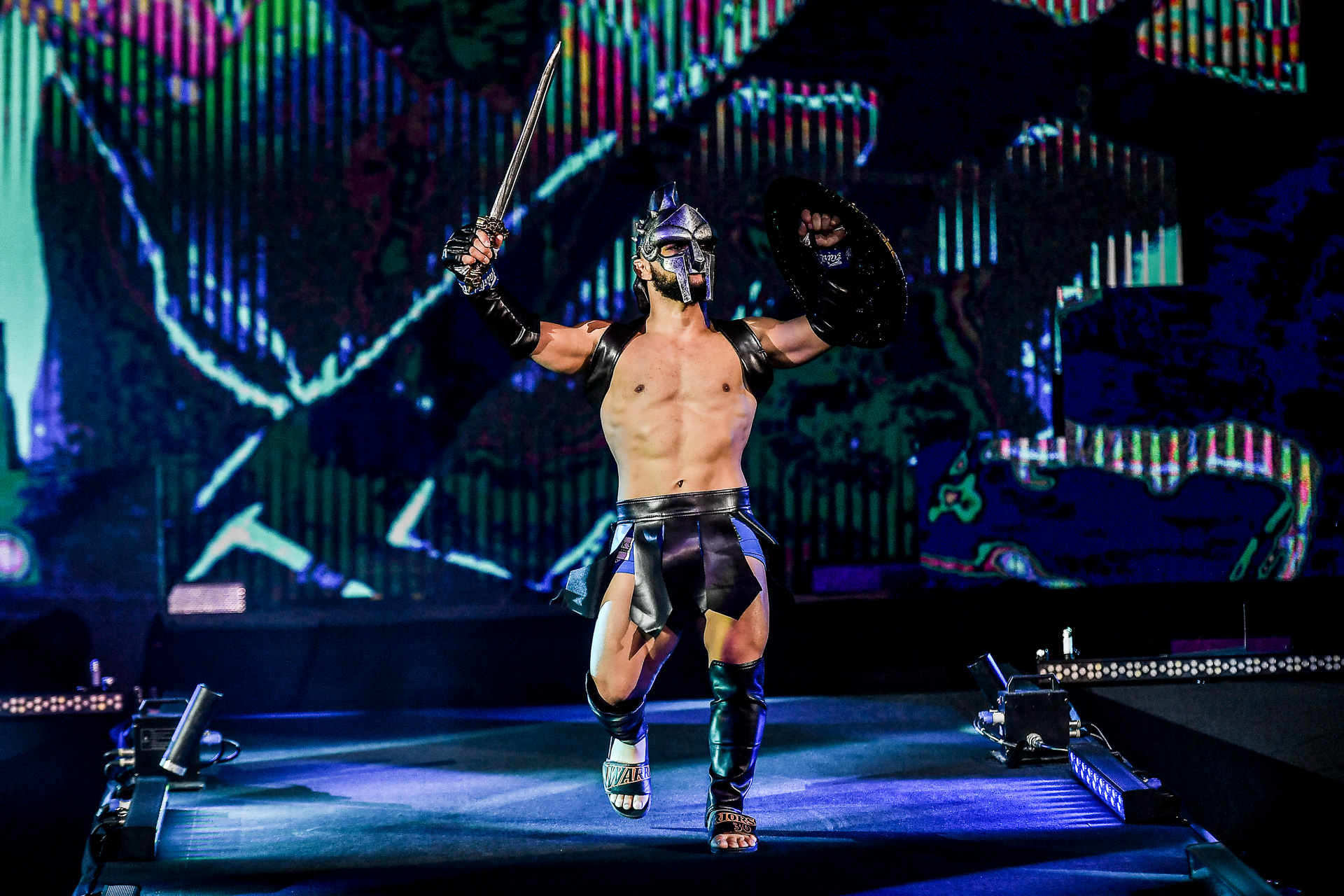 It was clear Balart wanted to load up on his overhand left to try to catch his taller rival in the opening frame. The wrestling Olympian looked comfortable throwing his hands and peppered his opponent with low kicks and side kicks to the legs.

An errant low blow from the Cuban briefly halted the proceedings, but when they resumed, “Dragon Boy” fired off with his right high kicks and started to come through the middle of Balart’s looping shots with his straight right hand.

Sawada then chained takedowns behind his punching and momentarily took top position before slipping off an armbar as “El Gladiador” escaped. Another low blow caused a break in the contest, but again, the Japanese athlete came back harder and wobbled the ATT man with a straight right.

However, Balart wasn’t deterred, and he saw out the round with a body lock on Sawada’s back, where he drilled him with knees to rack up some points in the closing seconds. 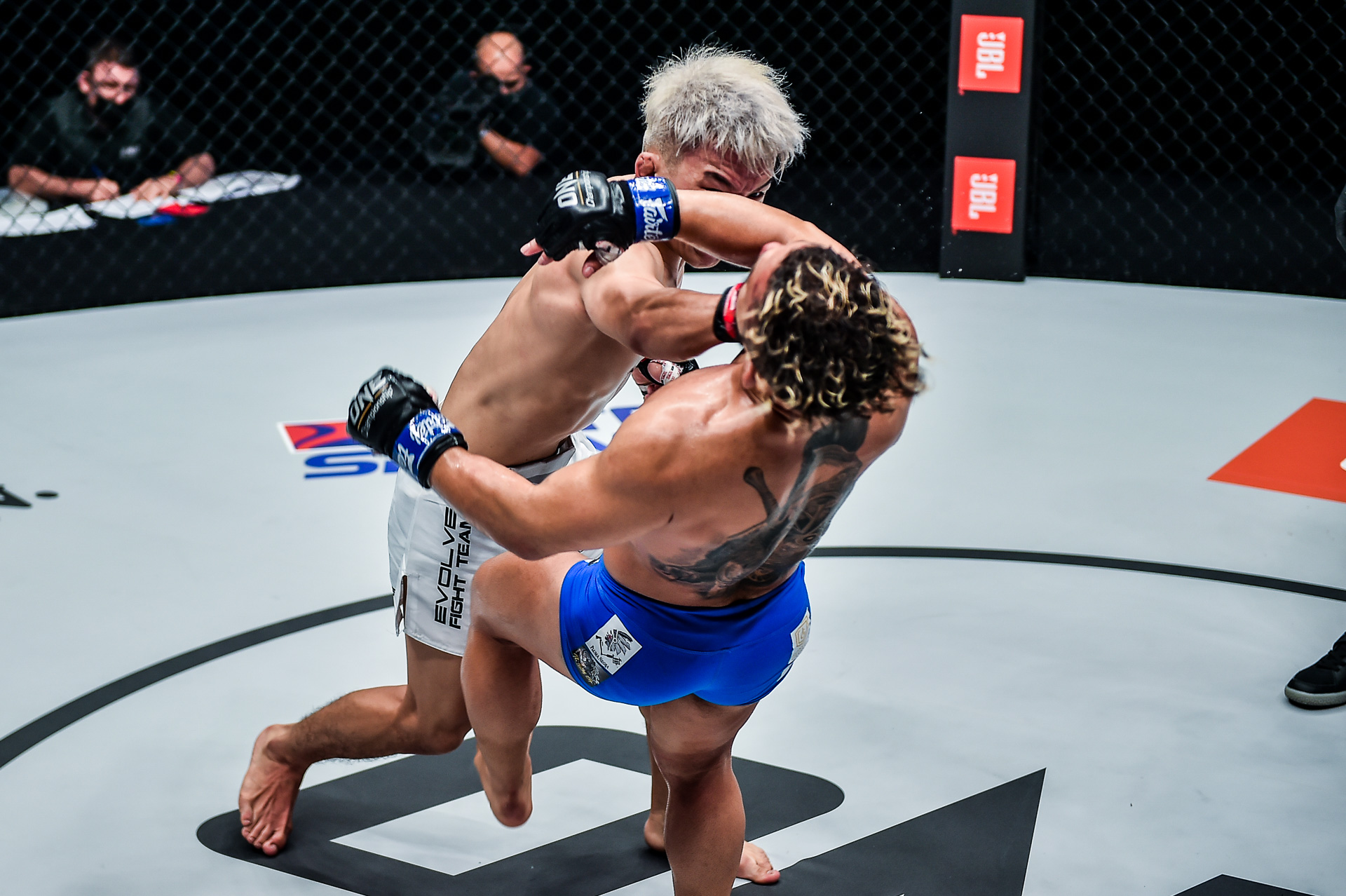 “Dragon Boy” looked sharp at the start of round two, landing his straight right and high kick, while also finding a home for his left hook on the back foot. However, Balart quickly changed the direction of the battle when he closed the distance and clinched up with the Evolve athlete.

Sawada landed a high knee with his back against the Circle Wall, but then Balart took over. He shrugged his way out to the Japanese man’s back and stayed on him like glue despite attempts to roll out.

“El Gladiador” pounded away with hard punches and knees to his grounded foe — though he was warned when he strayed to the back of the head in his enthusiastic assault. Sawada struggled to find an escape and ate knees to the head from inside a cradle, with the only respite coming when he worked back to his feet late in the stanza. 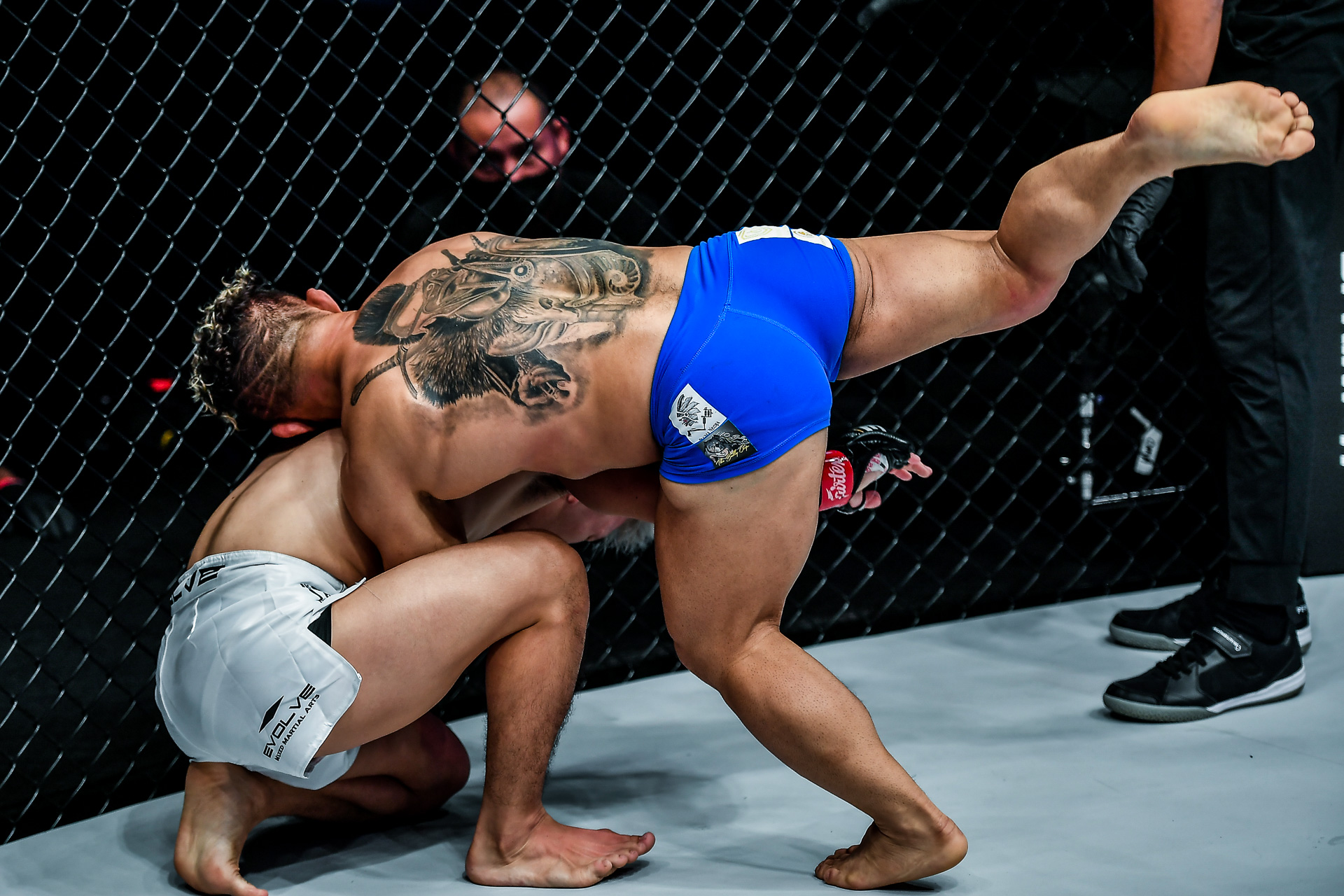 The Cuban was full of confidence in round three and came out swinging leather until he was reprimanded for a flying kick that seemed to land low. The referee issued him a yellow card, but that did not dampen Balart’s spirits, as he surged forward and took hold of “Dragon Boy” when the match restarted.

Just like the previous round, once he had Sawada in his grasp, “El Gladiador” would not let go. He continually looked to throw the Evolve representative from the belly-to-back positions, and he scored with knees to the legs and head.

Balart didn’t give “Dragon Boy” an inch and managed to ride out the rest of the final stanza on top. A blow to the back of the head with two seconds remaining earned him another yellow card, but that didn’t affect the result. 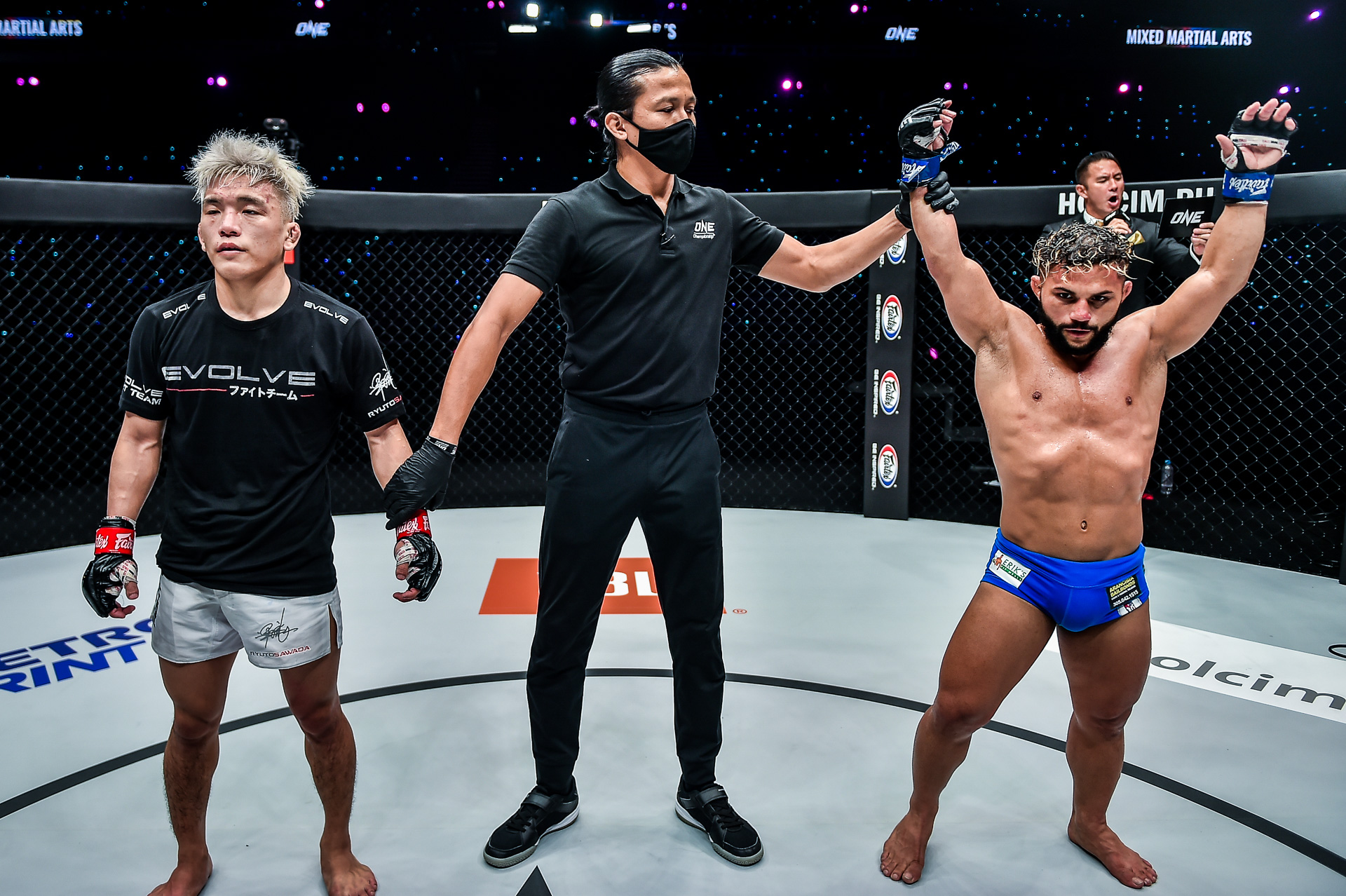 In the end, Balart earned his first win on the global stage via unanimous decision and earned his ninth professional victory. With improved conditioning to match his world-class skills, this version of the Cuban could be a force in the strawweight division.